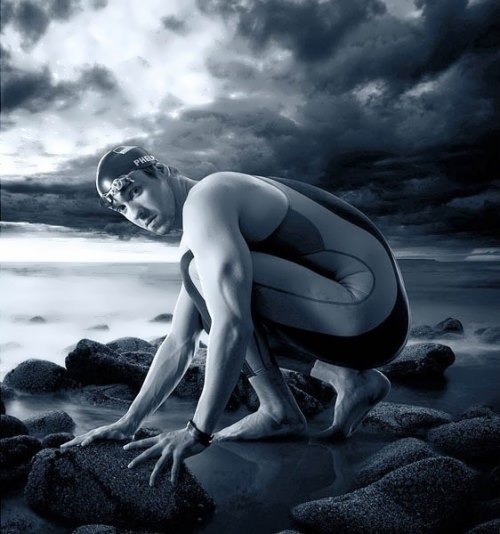 Michael Phelps is a swimming sensation who’s made sports history. Since 2001, he has broken and reestablished several new world records in competitive swimming. His success at the 2004 Summer Olympics in Athens was amazing (six gold and two bronze medals) and at the 2008 Summer Olympics in Beijing he won eight gold medals!
Michael Fred Phelps II was born on June 30, 1985, in Baltimore, Maryland. He began swimming at a very young age, following in the footsteps of his father Fred. His sister, Hilary, swam for the University of Richmond and his sister, Whitney, swam at the 1996 Olympic Swimming Trials.

As a kid, Michael was diagnosed with Attention Deficit Hyperactive Disorder (ADHD). At the age seven, he started swimming.
In 1996, when he was 11, Michael Phelps met his long-time swimming coach, Bob Bowman. He took him under his wing and they began an intense training regime together, often working out up to 10 times per week.
Michael made history by qualifying for the 2000 Summer Olympics in Sydney, Australia, when he was just 15-years-old. He became the youngest member of the US Olympic team since 1932. During the spring of 2001, Phelps became the youngest male swimmer in history to ever set a world record in the 200-meter butterfly.
Shortly after graduating from Towson High School in the spring of 2003, the 17-year- old set five world records.
At the 2004 Athens Olympics Phelps beat legendary swimmer Mark Spitz’s record-setting seven gold-medal wins at the 1972 Munich Olympics.
He attended the University of Michigan, studying sports marketing and management.
At the 2008 Summer Olympics in Beijing, Michael made history by being the only Olympic athlete to ever win eight gold medals!
At the Olympic Games in London in 2012, Michael won 22 medals, beating the record of the Soviet gymnast Larissa Latynina, who held it for 48 years.
He announced his retirement in 2012 at the age of 27 after the Olympic Games in London, but took part in 2016 Olympics in Rio, where he won five gold and one silver medals. After the Games in Rio he announced the final retirement.
Michael is married to model Nicole Johnson, who received the title Miss California in 2010. In May 2016, Nicole gave birth to their son Robert.

Interesting facts
– He is 1.93 m tall and weighs 90.7 kg.
– His nicknames are MP, Gomer, The Baltimore Bullet.
– Phelps drinks a lot of water. One day he drank 91 liters of water a day. This fact was even recorded in the Guinness Book of Records. 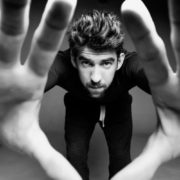 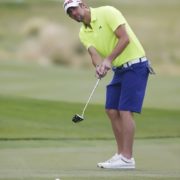 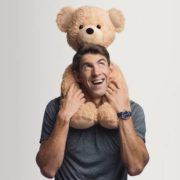 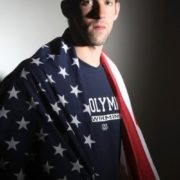 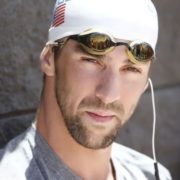 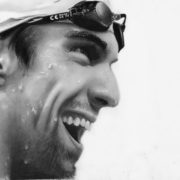 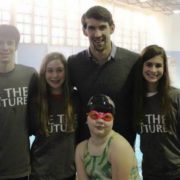 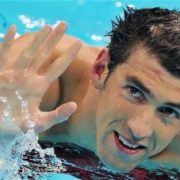 Phelps – most famous swimmer in history 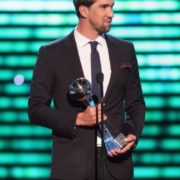 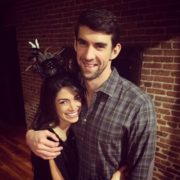 Michael and his wife Nicole Johnson 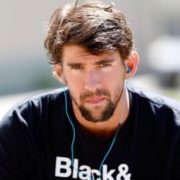 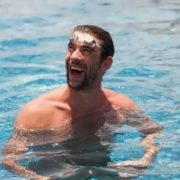 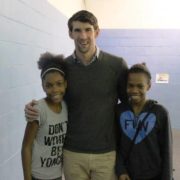 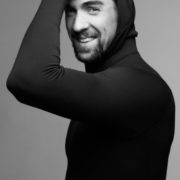 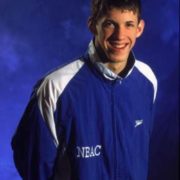 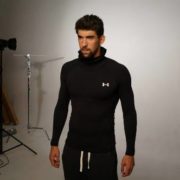 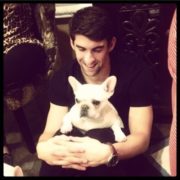 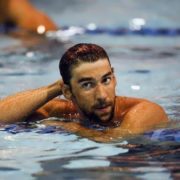 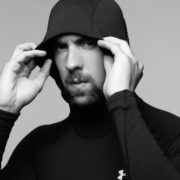 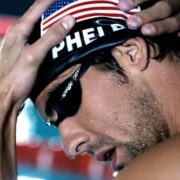 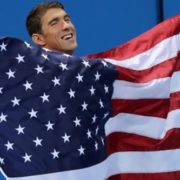 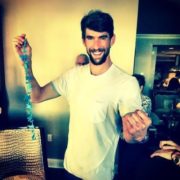 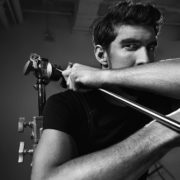 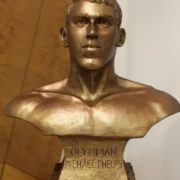 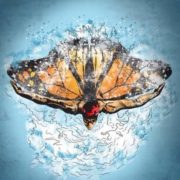