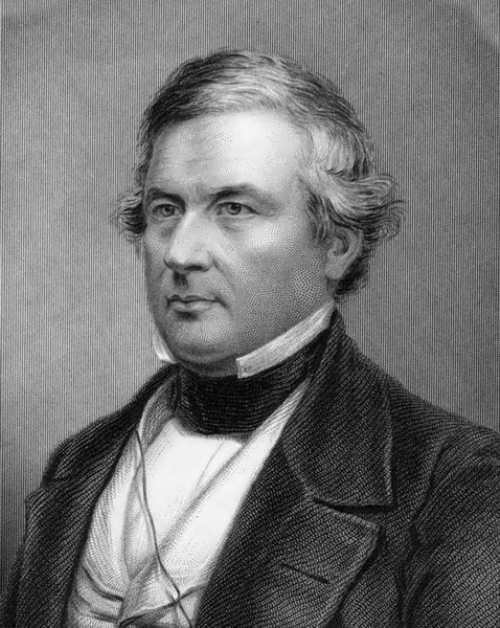 Millard Fillmore became the 13th president of the United States after the death of President Zachary Taylor in 1850.
Millard Fillmore was born on January 7, 1800 in Locke Township, New York in a poor family. Fillmore was largely self-educated and self-made. At the age of 15 he worked in a cloth factory. Fillmore moved to Buffalo after attending an academy at New Hope and studying law briefly under a local judge. In 1823 Millard became a lawyer.
In 1826 Fillmore married Abigail Powers, the daughter of a clergyman. They had two children. Abigail died in March 1853.
In 1833, Fillmore entered the House of Representatives as a member of the Anti-Masonic-National Republican coalition. A year later he joined political party the Whigs.
In the 1830s and 1840s he was a member of the U.S. House of Representatives.
In 1846 he was elected comptroller of New York State.

In 1848 Fillmore became a vice president of the United States under Zachary Taylor. Taylor had become afflicted with cholera and died on the evening of 9 July 1850. So, Millard became the thirteenth President of the United States.
He wanted to make a compromise between antislavery Northerners and proslavery Southerners but it led to the breakup of his political party.
Fillmore helped world trade and opened Japanese ports to U.S. ships.
He returned to Buffalo to become that city’s leading citizen, devoting himself to educational and charitable affairs.
He became the first chancellor of the University of Buffalo and the first president of the Buffalo Historical Society.
In 1858 he married Caroline McIntosh, the widow of Ezekiel McIntosh of Albany.
Fillmore died on March 8, 1874 in Buffalo, New York. He was buried in Forest Lawn Cemetery. 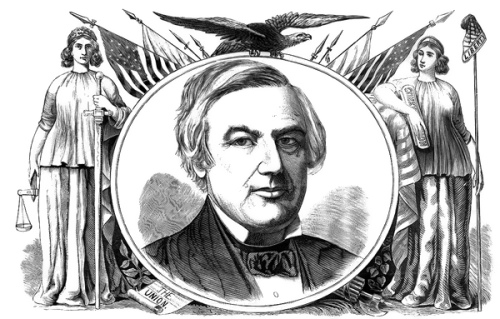 The city in the state of New York, Districts of Minnesota, Nebraska and Utah were named in honor of Fillmore. 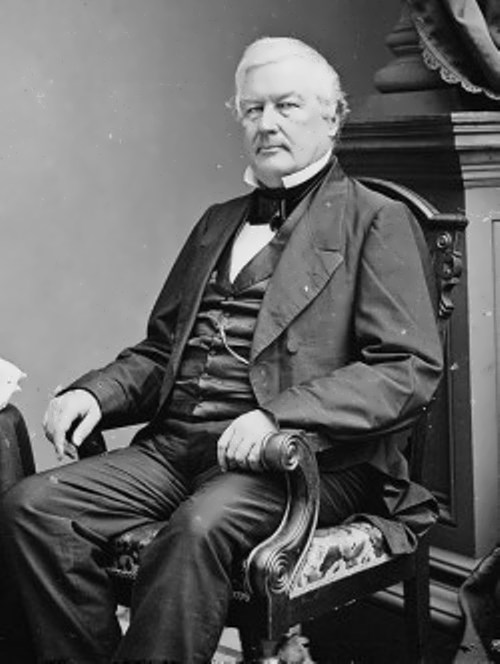 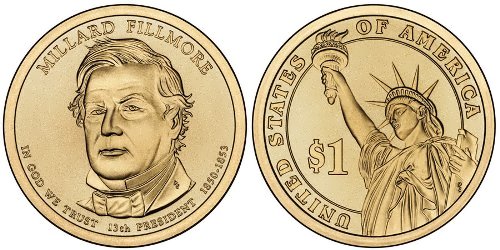 One dollar coin dedicated to Fillmore 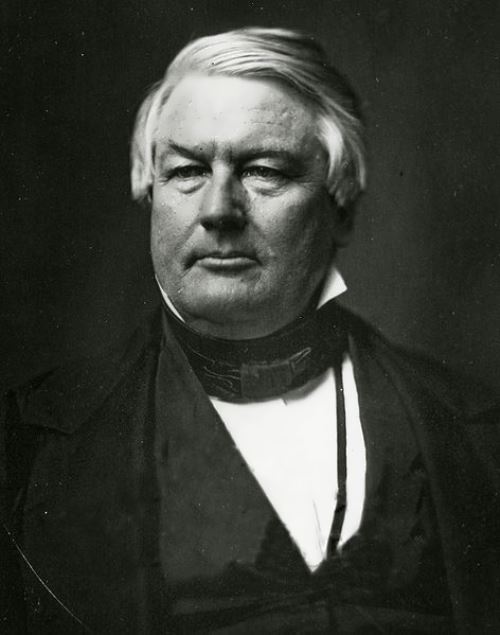