Neil Armstrong was the first human to stand on the Moon. In 1969 millions of people watched on television as Armstrong stepped out of his spacecraft and said, “That’s one small step for a man, one giant leap for mankind.”
Neil Alden Armstrong was born on August 5, 1930, in Wapakoneta, Ohio. Neil was the eldest of three children of Stephen and Viola Engel Armstrong. At a young age he became interested in airplanes and on his 16th birthday Neil received his pilot’s license. The boy had to work a variety of jobs to pay for his flying lessons. Moreover, he played in a jazz band, pursuing the musical interest that remained a hobby throughout his life.
After high school Armstrong became an air cadet in the U.S. Navy. At the age of 20 Armstrong was flying combat missions in Korea. He flew 78 missions, earning three air medals.

In 1955, he earned his bachelor’s in aerospace engineering and joined the National Aeronautics and Space Administration (NASA) as a test pilot. Seven years later he became an astronaut.
In 1956, he married fellow Purdue student Janet Shearon. They had two sons Mark and Erik, as well as daughter Karen, who died at an early age. The couple divorced in 1994. Later Neil married Carol Held Knight.
Armstrong made his first of seven trips to the fringes of space in the X–15 rocket plane in 1960. 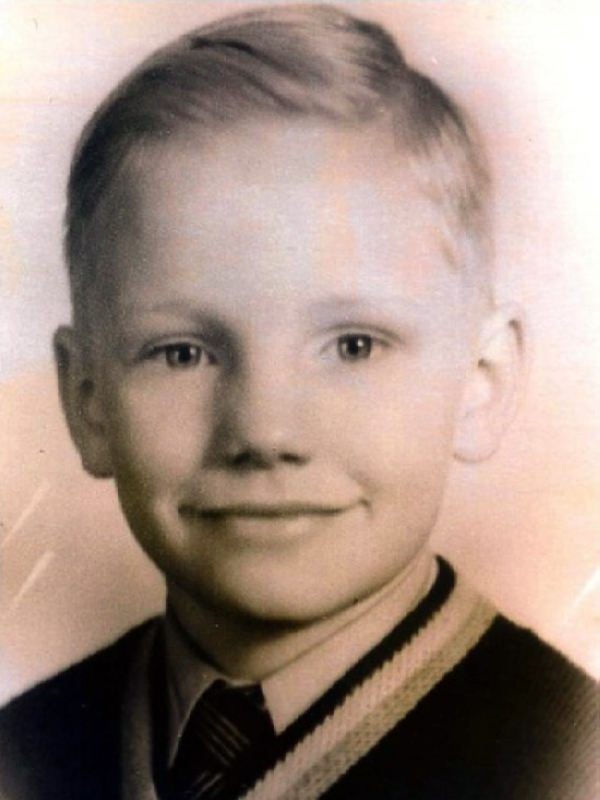 Neil Armstrong in his childhood

On July 16, 1969, Armstrong, Edwin E. (Buzz) Aldrin, Jr., and Michael Collins left for the Moon in the Apollo 11 spacecraft. Armstrong became the first to step out onto the Moon’s surface.
The pilot earned his master’s degree in aerospace engineering from the University of Southern California in 1970.
Armstrong retired from NASA in 1971 and moved his family back to Ohio to accept a position at the University of Cincinnati. There he spent seven years engaged in teaching and research as a professor of aerospace engineering.
In 1978, Armstrong was one of the first six recipients of the Congressional Space Medal of Honor.
Many different schools and colleges in the US were named after Armstrong. Songs, books, movies have been written in his honor. The lunar crater, located 50 km from the landing site of the lunar module Apollo 11, is named after Armstrong.
Neil Alden Armstrong died on August 25, 2012. 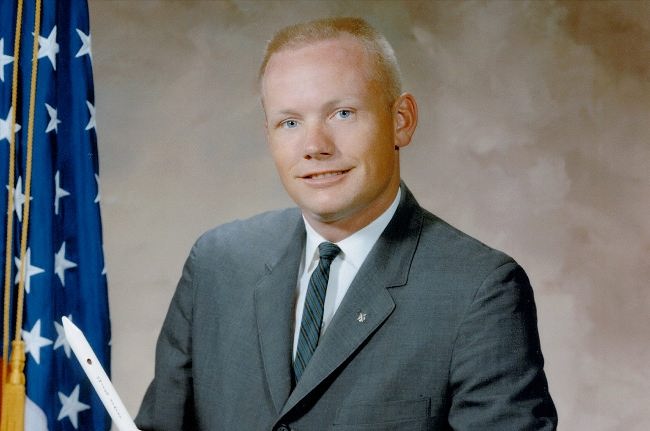 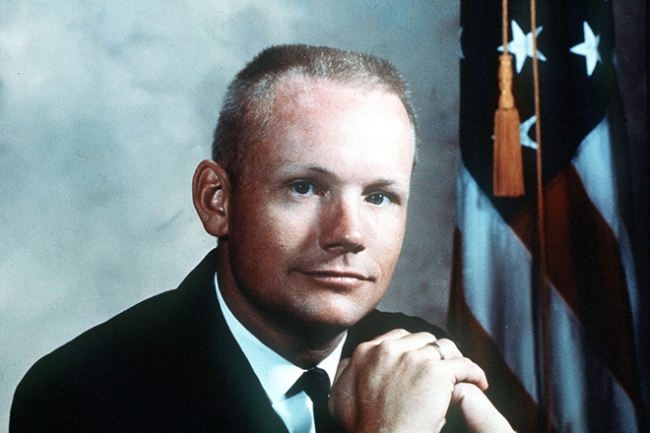 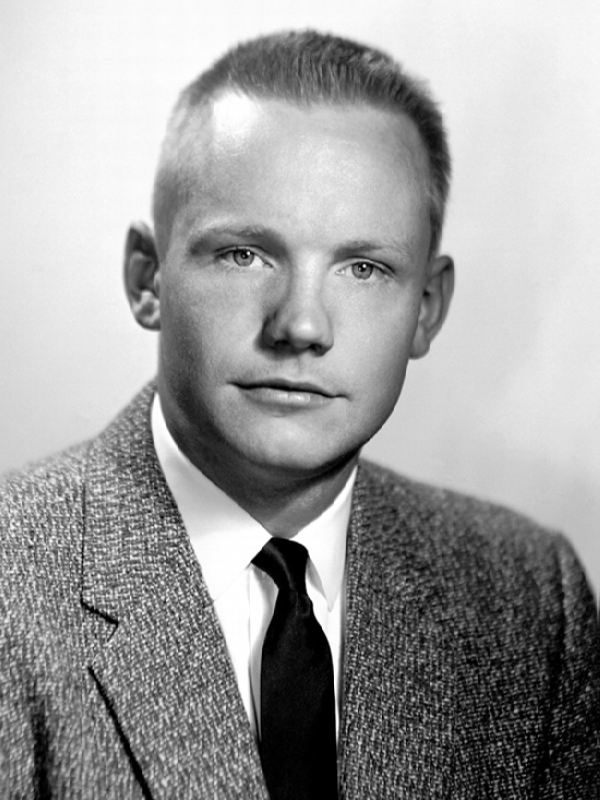 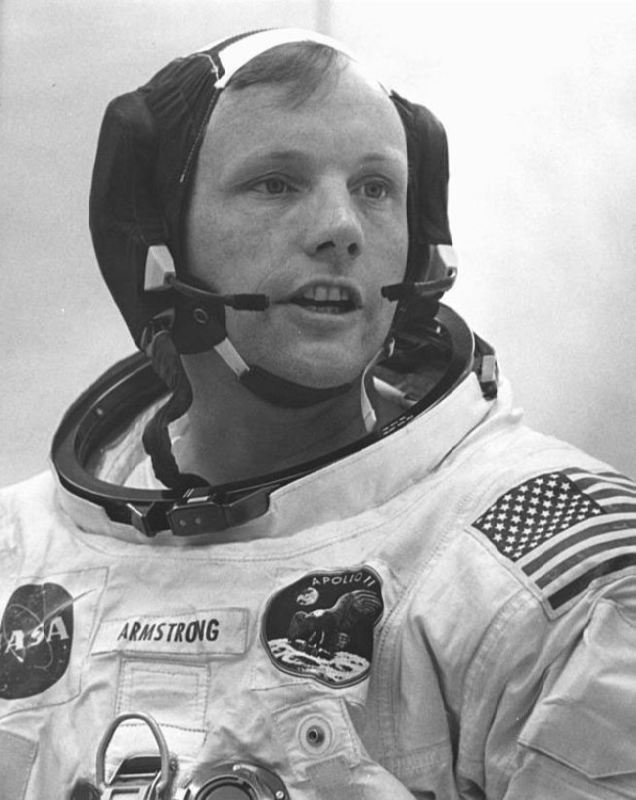 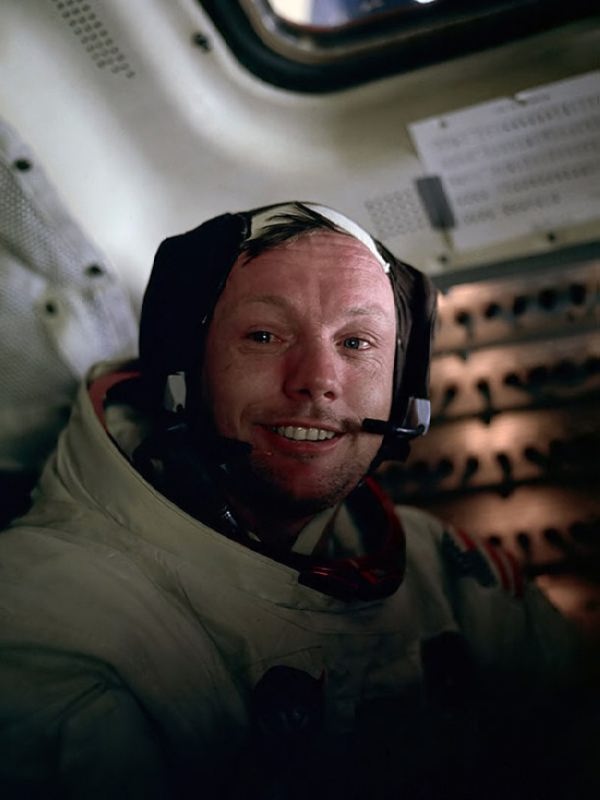 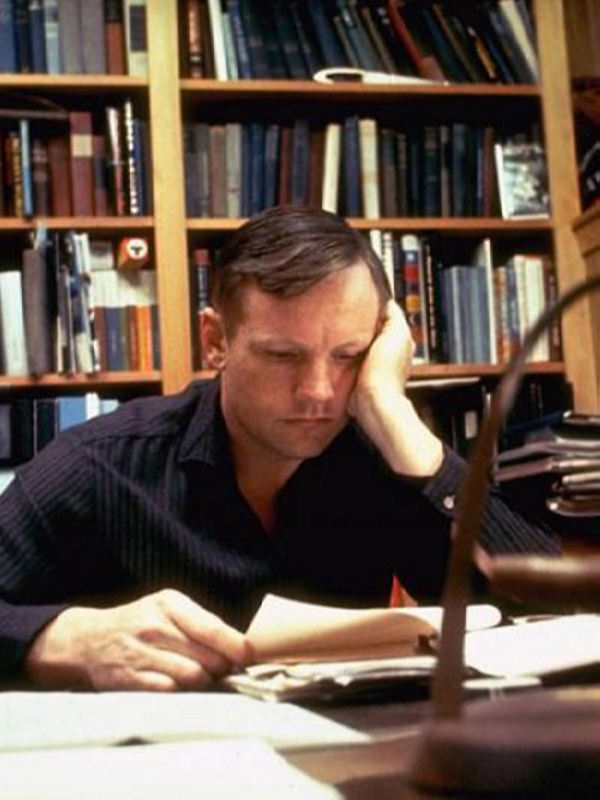 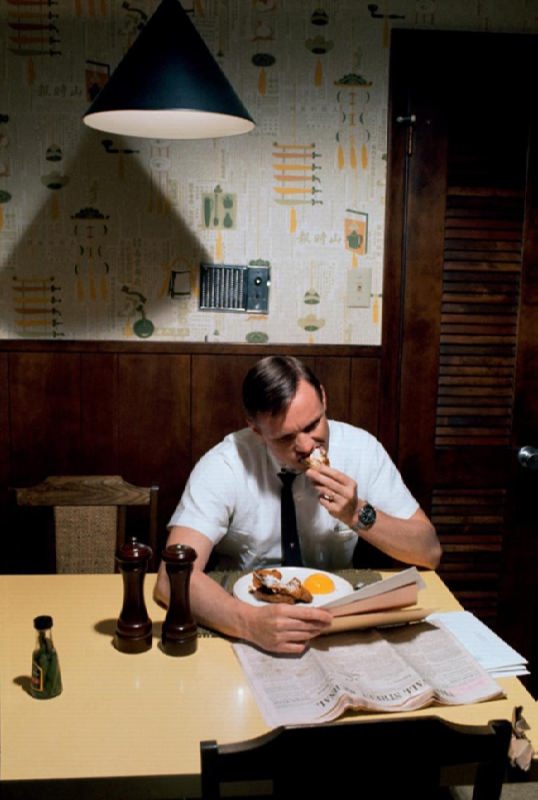 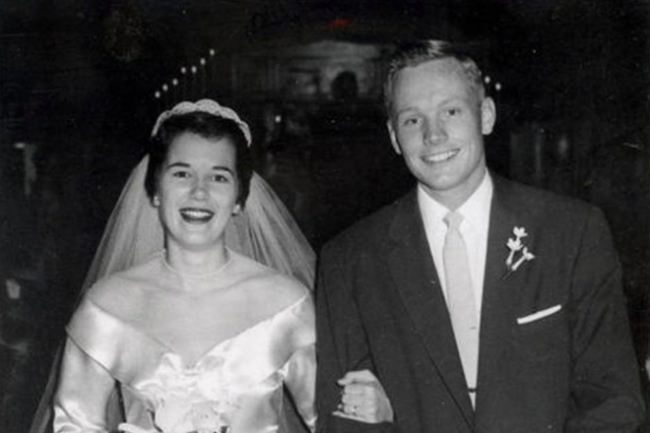 Neil Armstrong and his wife 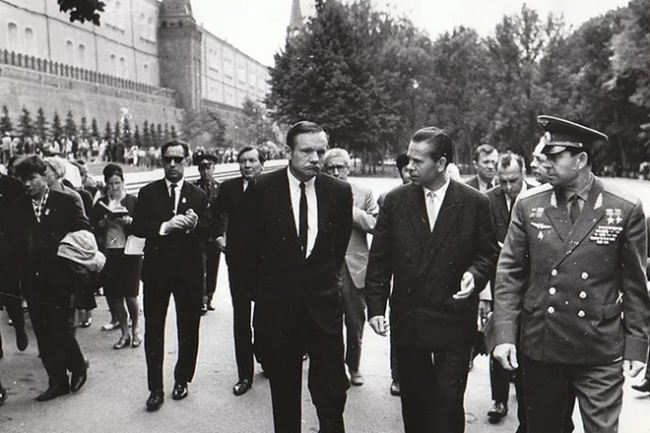 Neil Armstrong in the USSR 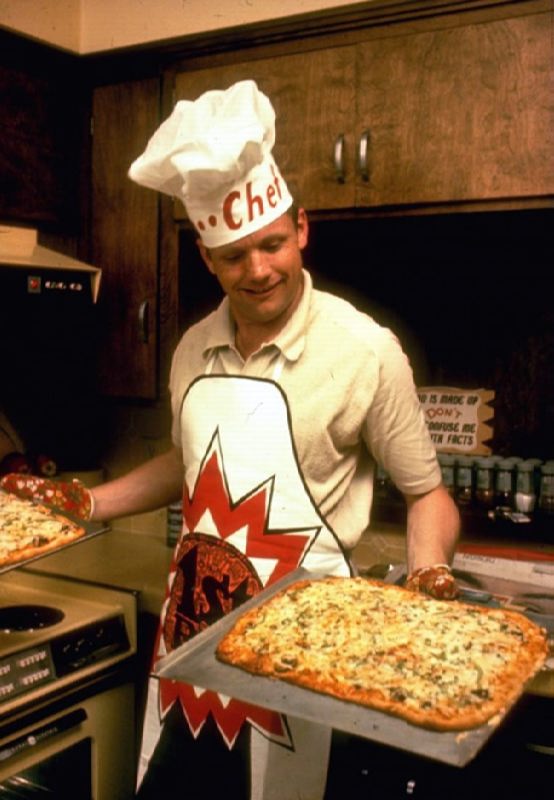 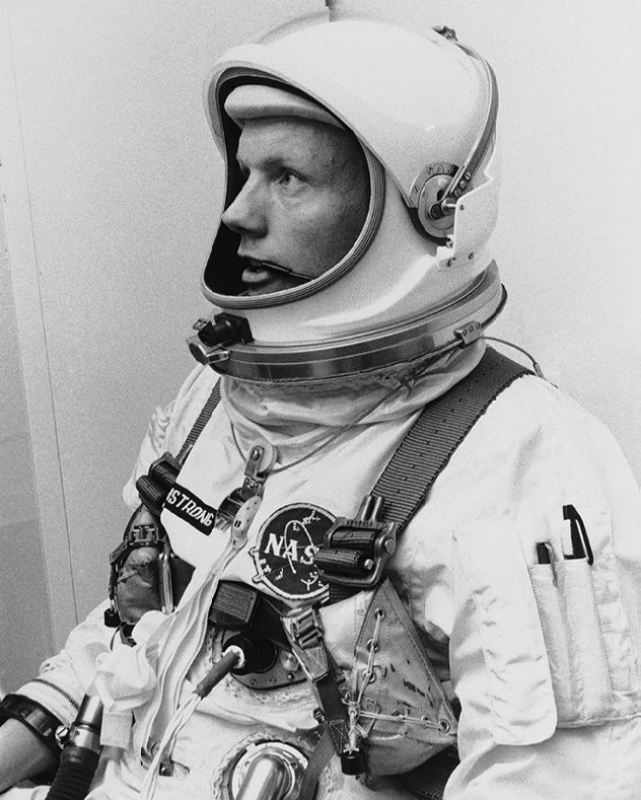 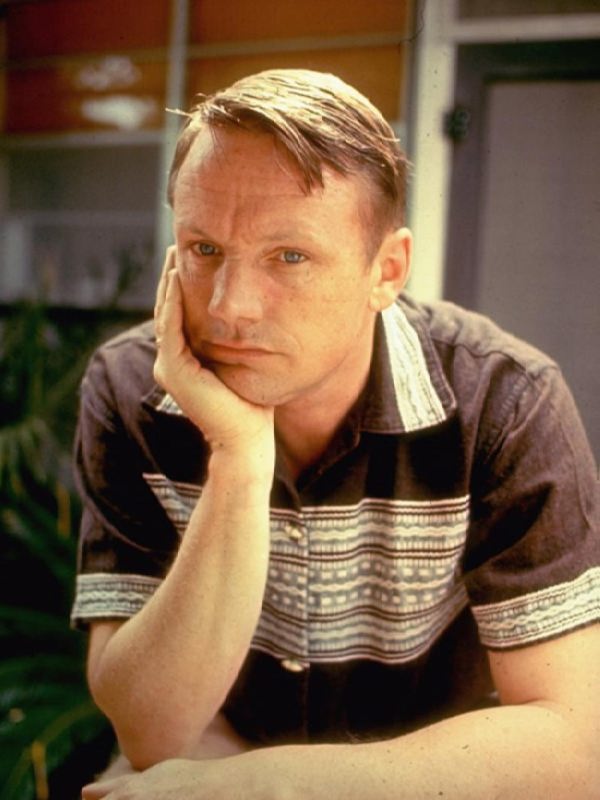 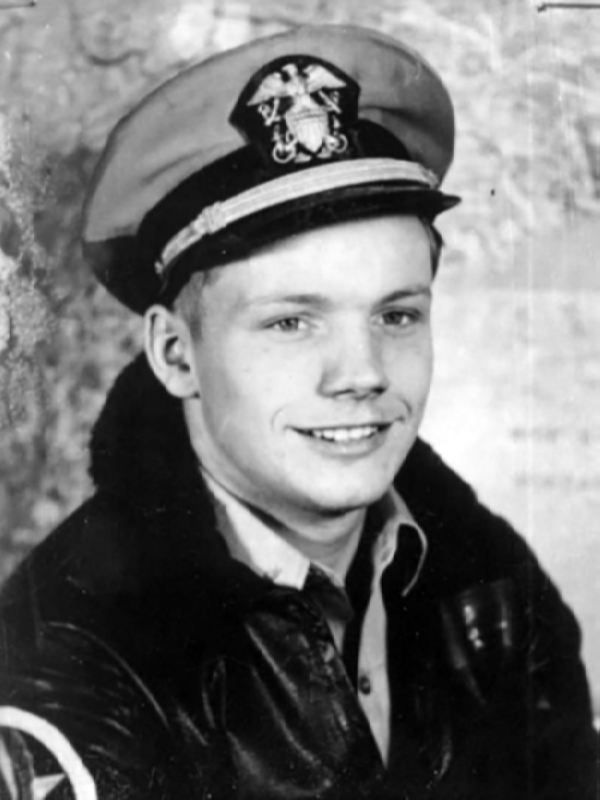 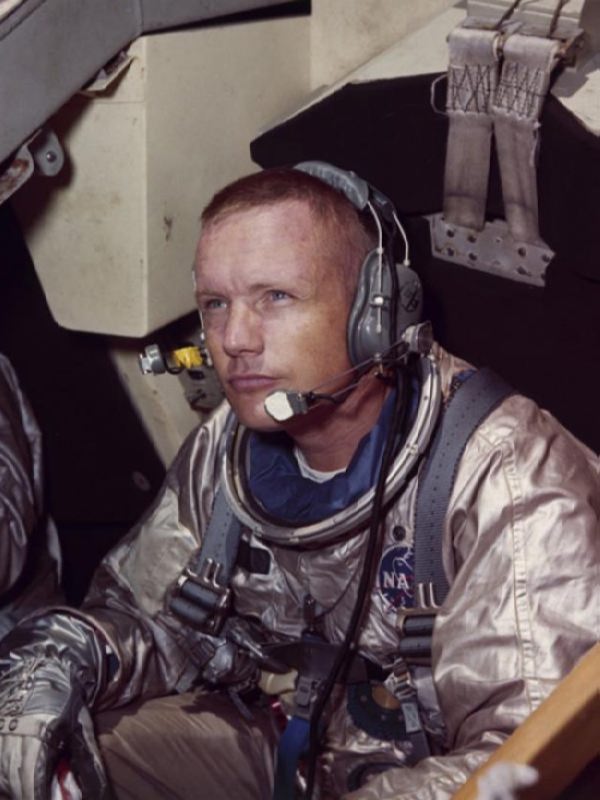 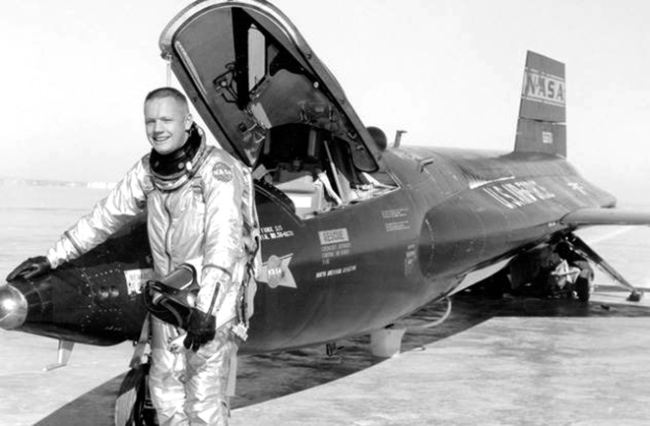 That’s one small step for a man, but one giant leap for mankind 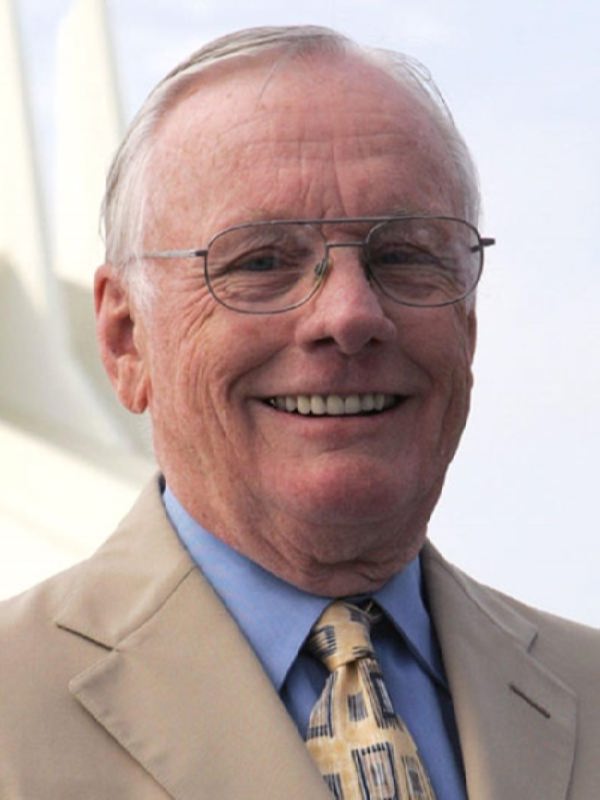 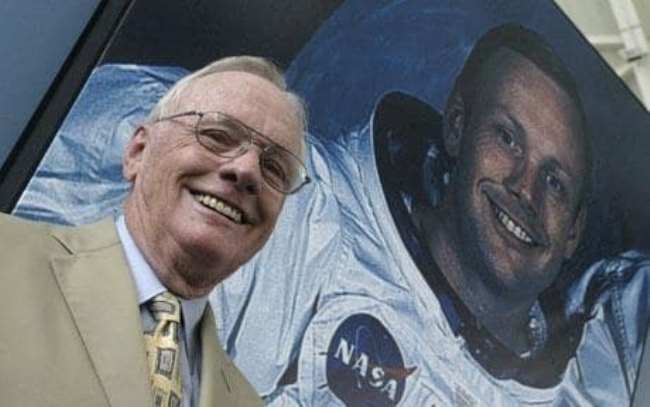 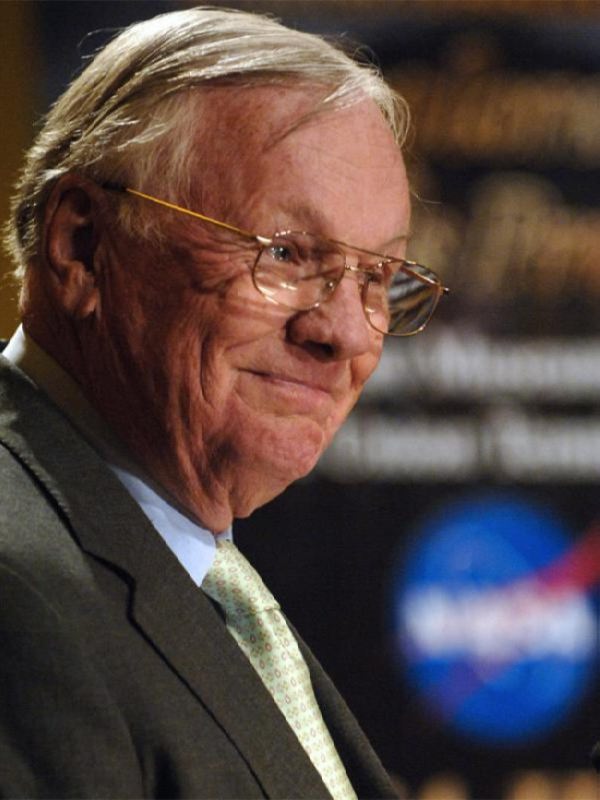 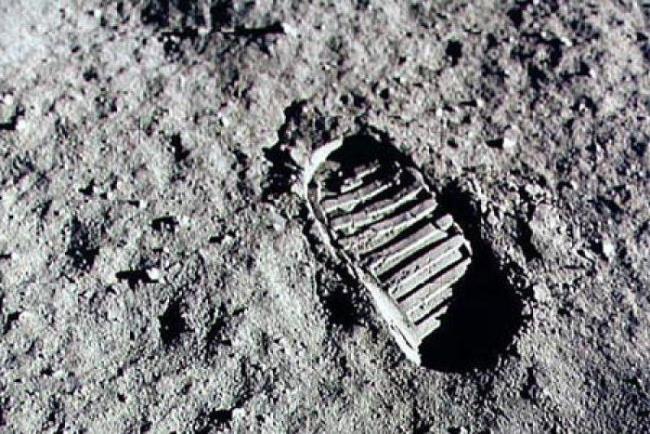 First step on the Moon 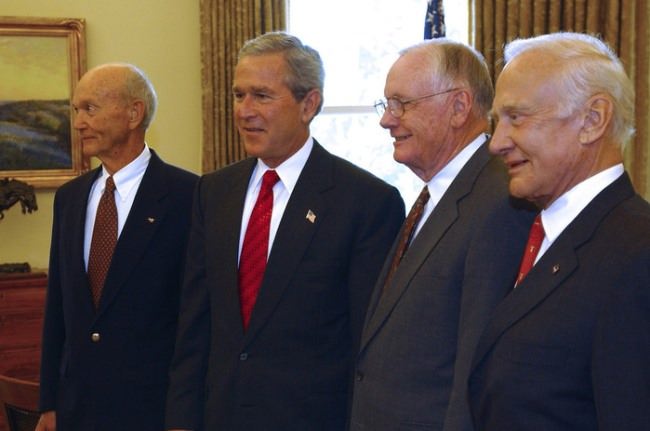 Apollo 11 Crew at the White House 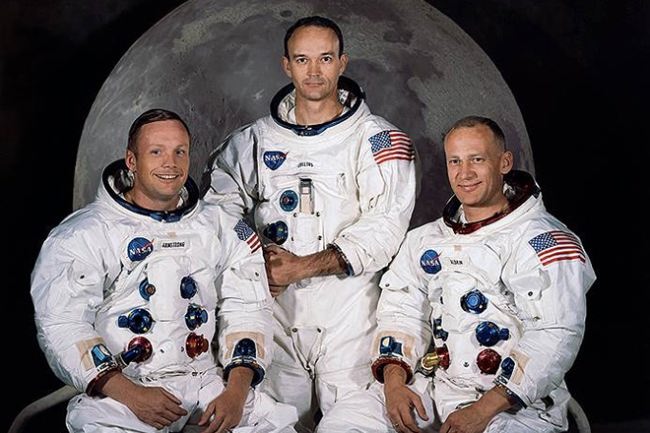 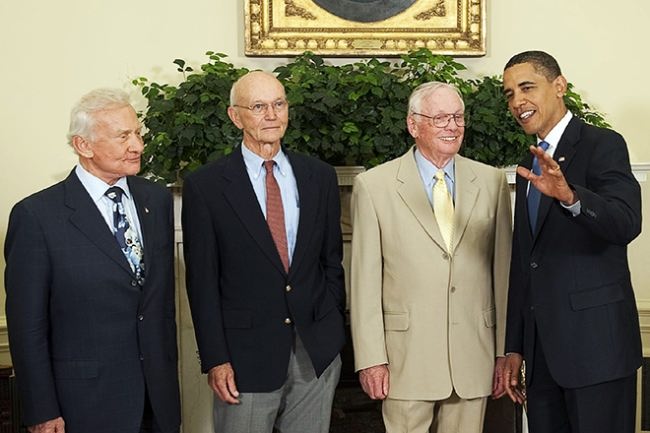