Nikolai Shchors was a wartime officer of the Russian Imperial Army, head of the division of the Red Army during the Civil War in Russia, a member of the Communist Party from the fall of 1918.
Nikolai Aleksandrovich Shchors was born on May 25 (June 6), 1895 in the village of Snovsk, the Chernigov province, in a large family of a railway worker. In July 1914 he graduated from the military paramedic school in Kiev.
On August 1, 1914 the Russian Empire entered the First World War and Nikolai received an appointment for the post of military paramedic of the artillery regiment on the rights of a volunteer. In 1914-1915 he took part in hostilities on the North-Western Front.

At the end of October 1915, 20-year-old Shchors was transferred to the reserve battalion. In January 1916, he was sent to a four-month accelerated course of the Vilensk military school in Poltava. In April 1917 he was awarded the rank of lieutenant.
In the war, Nikolai fell ill with tuberculosis and in May 1917 he was sent to a hospital in Simferopol. There, visiting rallies of soldiers of the reserve regiment, he was attached to the revolutionary movement. After the October Revolution, on December 30, 1917, Shchors was released from military service and left for his homeland. 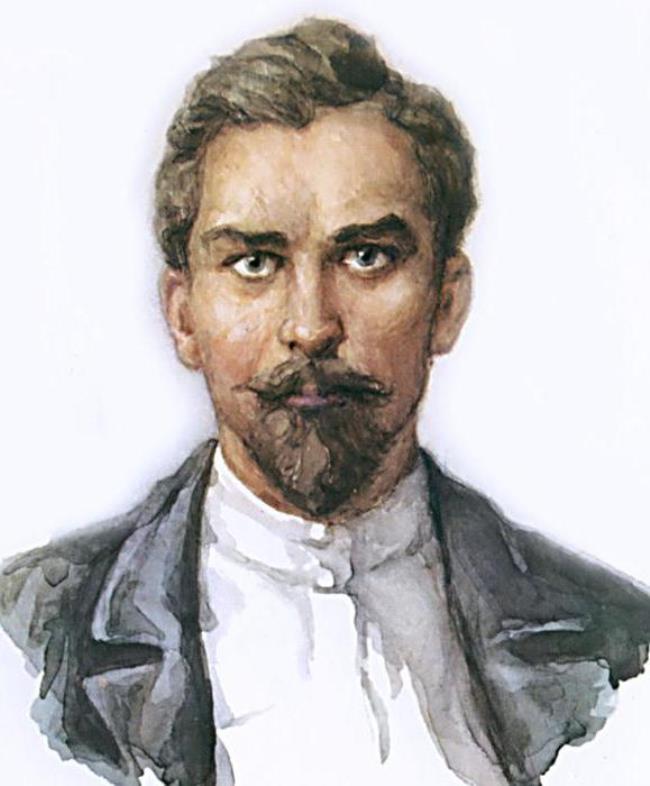 In March 1918, in connection with the occupation of the Chernigov province by the German troops, Shchors and a group of his comrades left Snovsk for Semyonovka and headed the united insurgent partisan detachment, which participated in the battles with the invaders in the Zlynka region, Klintsov in March-April 1918. Then Shchors went to Samara, then to Moscow. He took part in the revolutionary movement, got acquainted with the leaders of the Bolsheviks and the Left Socialist-Revolutionaries.
On September 22, 1918 Shchors was appointed commander of the Ukrainian Revolutionary Regiment and in October he became commander of the 2nd Brigade in the Bogunsky and Tarashchansky Regiments of the First Ukrainian Soviet Division, which in battles with the army of the Ukrainian People’s Republic took back Chernigov, Kiev, Fastov.
After the occupation of Kiev on February 5, 1919, 23-year-old Nikolai Shchors was appointed commandant of Kiev and, according to the decision of the Provisional Workers and Peasants’ Government of Ukraine, was awarded an honorable gold weapon.

On August 30, 1919, Shchors was killed by a bullet in the back of the head. His body was transported to Samara. According to one of the versions, he was taken to Samara, as his wife’s parents lived there. In 1949, the remains of Shchors were exhumed. On July 10, 1949, the ashes of Shchors were reburied at the Kuibyshev city cemetery. The body was found well preserved, although it was in the coffin for 30 years. This is explained by the fact that when in 1919 Shchors was buried, his body was pre-embalmed, soaked in a steep solution of table salt and placed in a sealed zinc coffin. In 1954, when the three hundredth anniversary of the reunification of Russia and Ukraine was celebrated, a granite obelisk was erected on the grave. 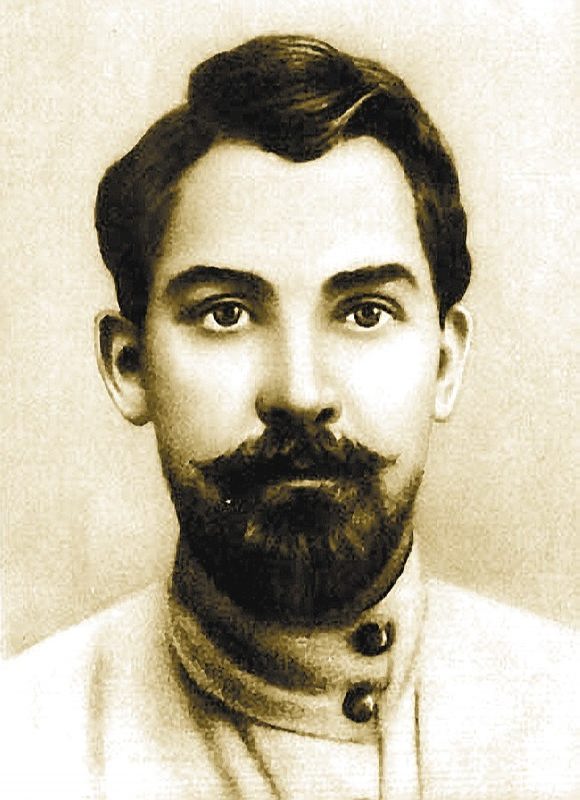 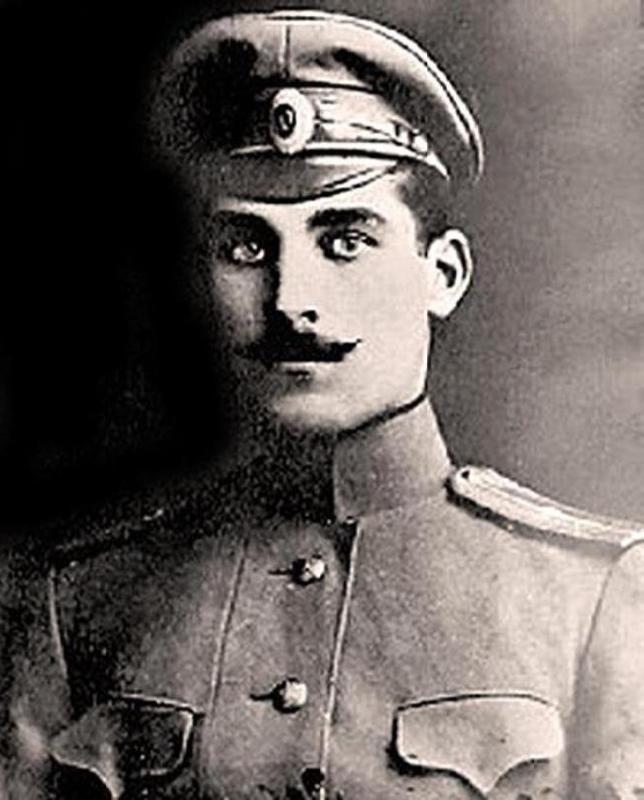 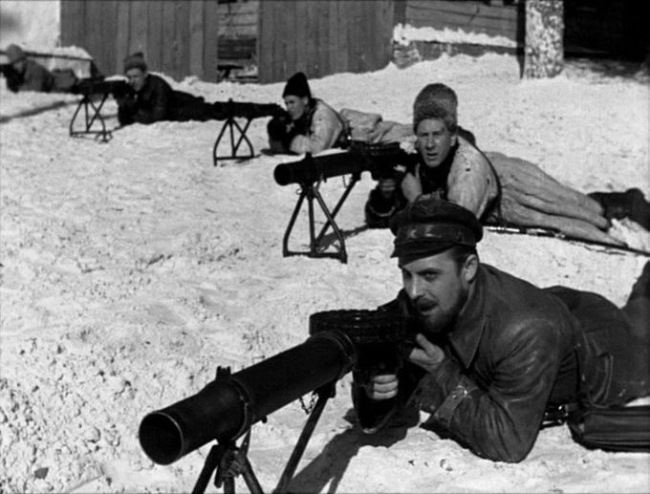 Shchors was known for his personal bravery in battles. Picture from Alexander Dovzhenko’s movie 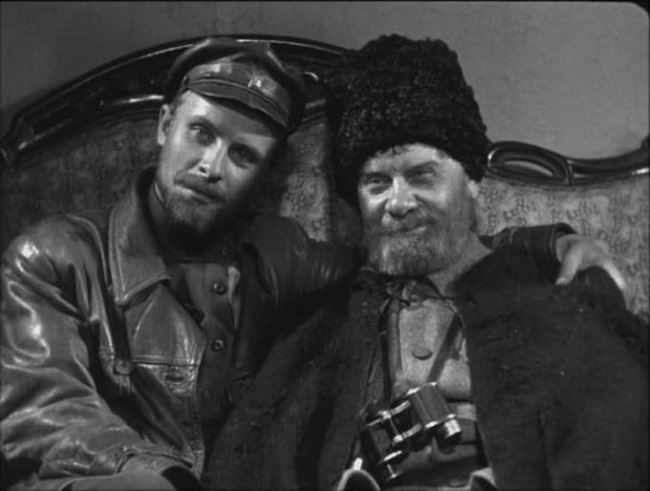 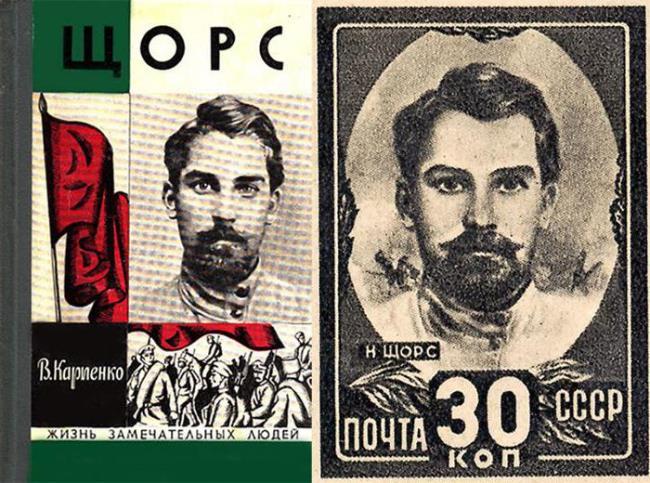 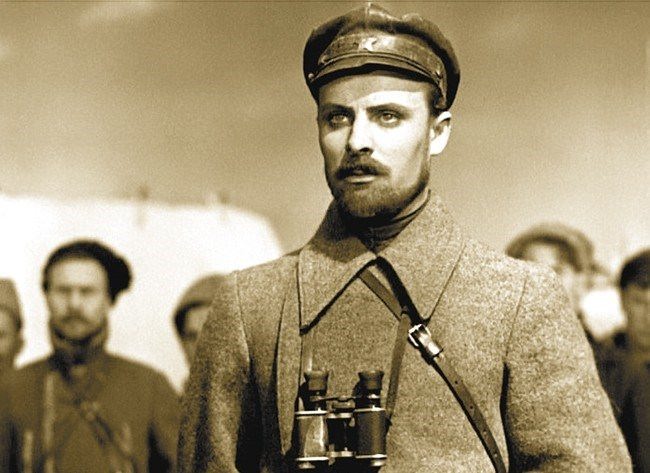 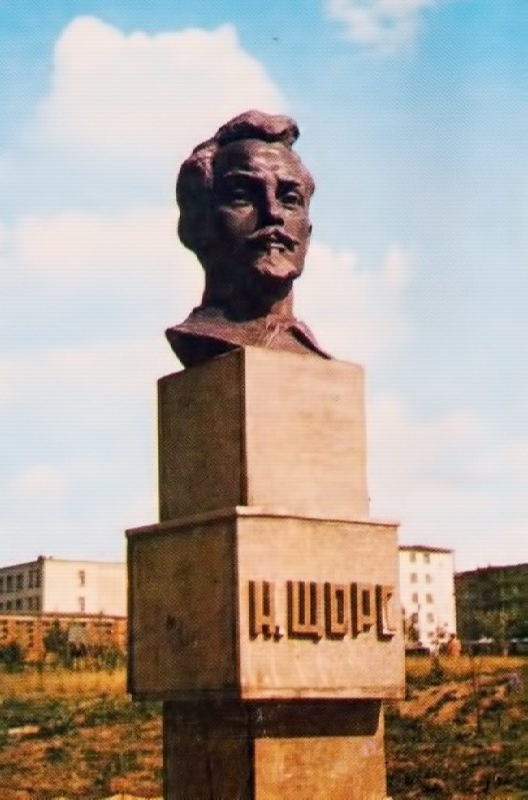 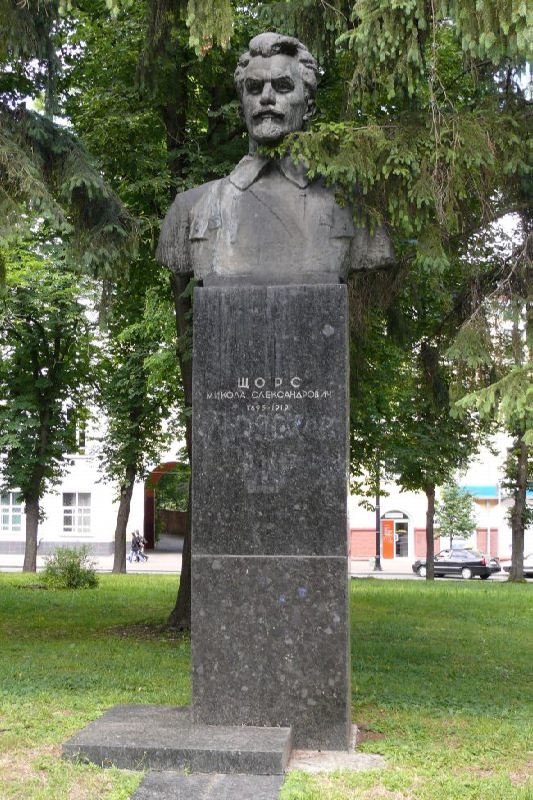 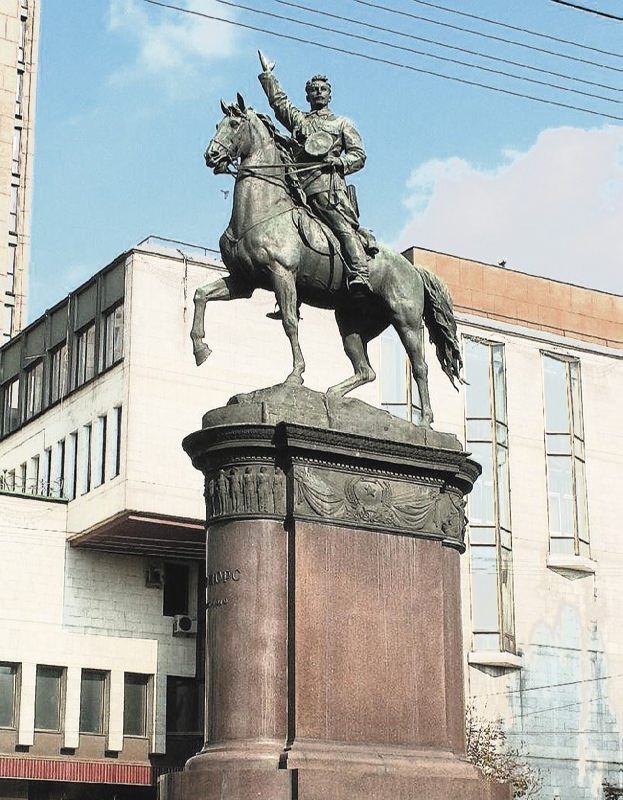 Monument to Nikolai Shchors in Kiev 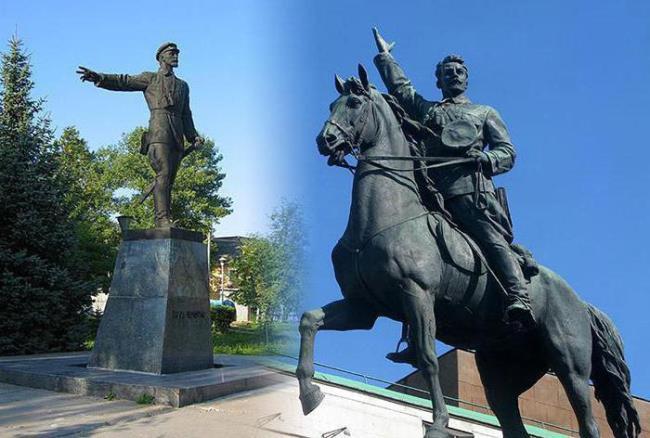 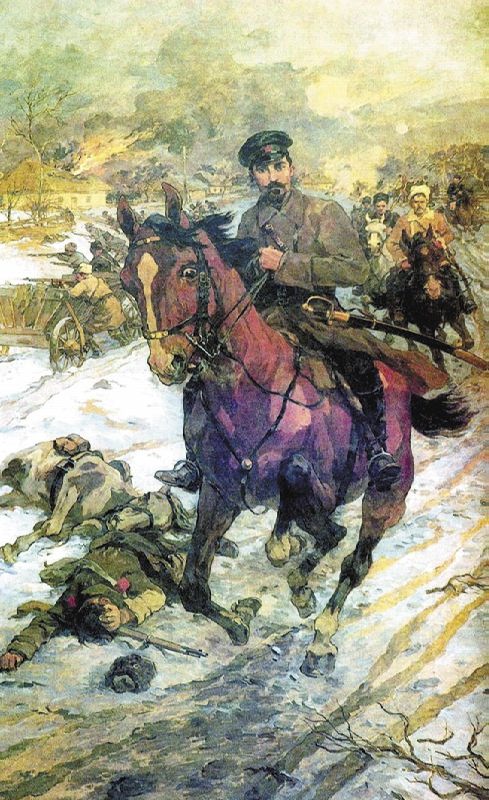 N. Shchors in the battle near Chernigov. Artist N. Samokish, 1938