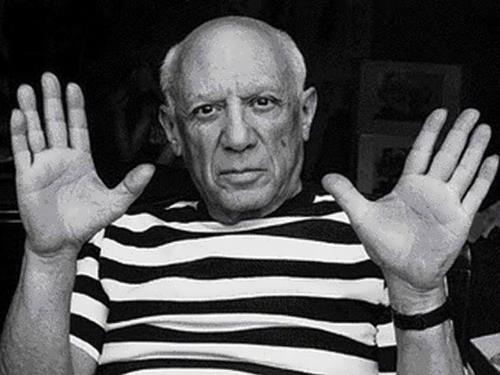 Pablo Picasso is one of the greatest artists of the twentieth century. He was the Spanish painter, sculptor, and graphic artist. He established the basis for abstract art and was the central figure in developing cubism.
Pablo was born on October 25, 1881 in Malaga, Spain. His full name was Pablo Diego José Francisco de Paula Juan Nepomuceno María de los Remedios Cipriano de la Santísima Trinidad Martyr Patricio Clito Ruíz y Picasso.
His father was a professor in the School of Arts and Crafts. Pablo’s mother was Maria Picasso and the artist used her surname. Pablo drew pictures before he could talk.
Pablo hated school and drew pictures instead of studying. When he was only eight years old, he finished his first oil painting.
When Pablo was 14, his family moved to Barcelona where he began studying at the School of Fine Art. A year later he was admitted as an advanced student at the Royal Academy of San Fernando in Madrid.

When he was 18, Picasso went to live in Paris. He was very poor at first. He lived in a small room and worked with only the light of a candle. Sometimes he did not even have money for a candle. But he worked hard and created one piece of art after another. Soon he was a millionaire and one of the first super-star celebrities of the modern era. 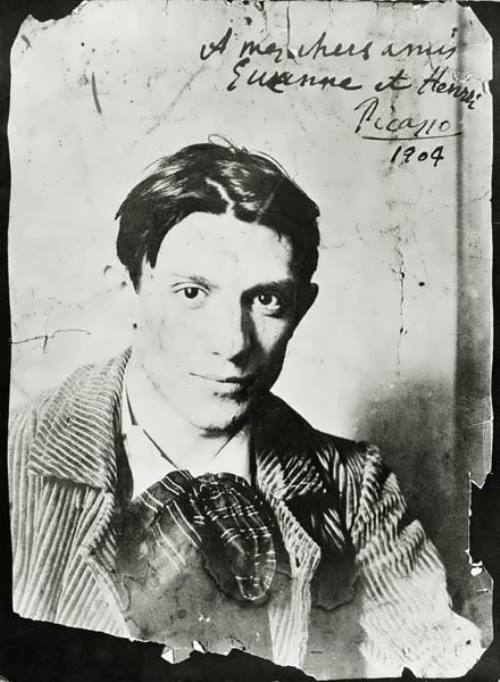 Picasso was an inventor and an explorer

The years between 1901 and 1904 were known as Picasso’s Blue Period. Two outstanding examples of this period are the Old Guitarist (1903) and Life (1903).
In 1904, he set up a permanent studio in an old building called the Bateau Lavoir.
Picasso and another painter named Georges Braque then created a new style of art called cubism. This style does not show people or objects in a realistic way. Instead the subjects are broken apart into many flat shapes. Les Demoiselles d’Avignon is generally regarded as the first cubist painting.
He periodically worked in ceramics and in the environment of the theater: in 1917 he designed sets for the Eric Satie and Jean Cocteau ballet Parade; in 1920 he sketched a theater interior for Igor Stravinsky’s Pulcinella; and in 1924 he designed a curtain for the performance of Le Train Bleu by Jean Cocteau and Darius Milhaud.
Picasso was married twice, first to dancer Olga Khoklova and then to Jacqueline Roque. He had four children, one from his marriage to Khoklova and three by mistresses.
In 1937 Picasso completed Guernica. It shows images of suffering after the bombing of the town of Guernica during the Spanish Civil War.
Pablo Picasso died on April 8, 1973 in Mougins, France at the age of 91. 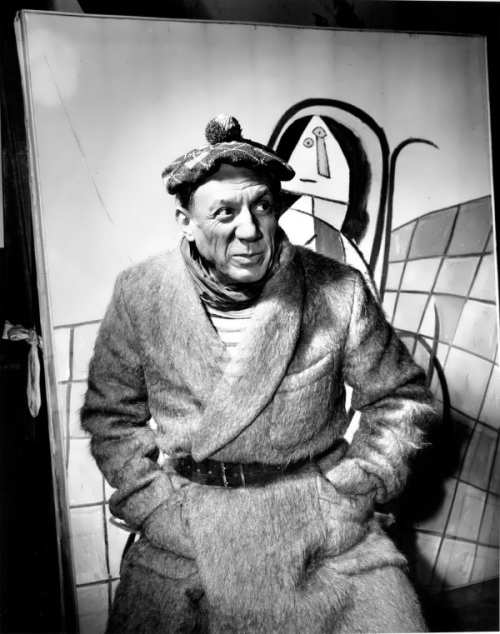 Picasso’s fame and talent attracted a lot of beautiful women. Here is just a short list of them:
– Fernande Olivier – first love, she was 18 years old, he was 23. 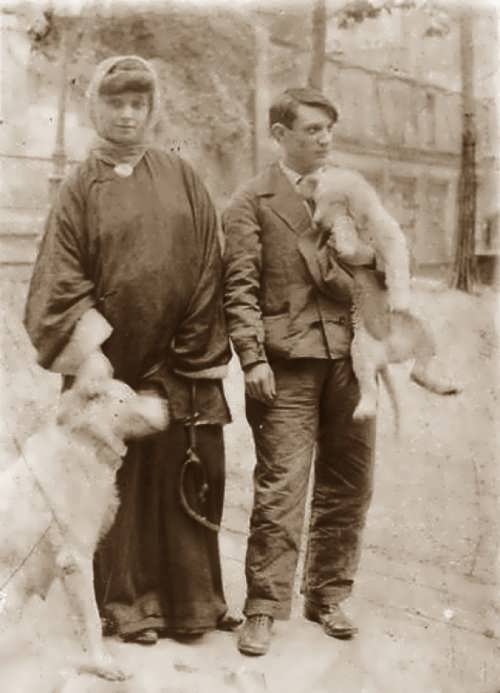 Picasso and Fernande Olivier in Montmartre with dogs. 1906 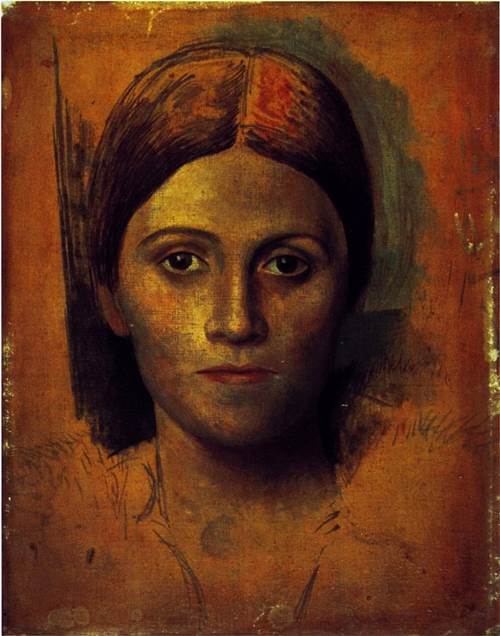 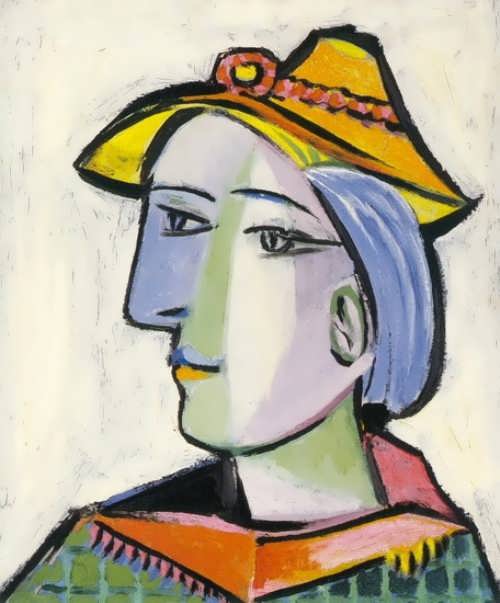 Marie Therese Walter in the hat. 1936 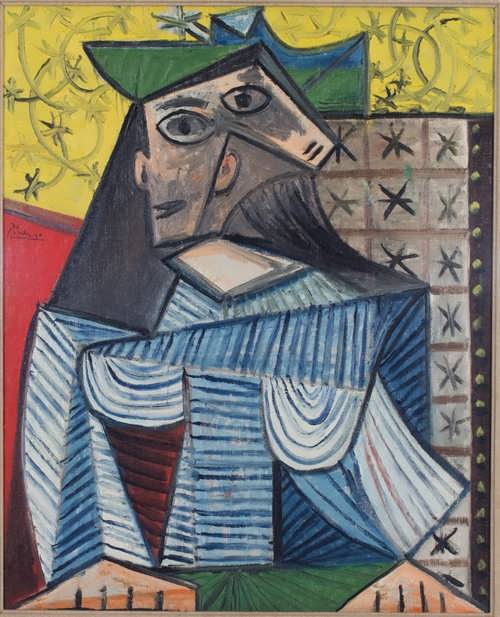 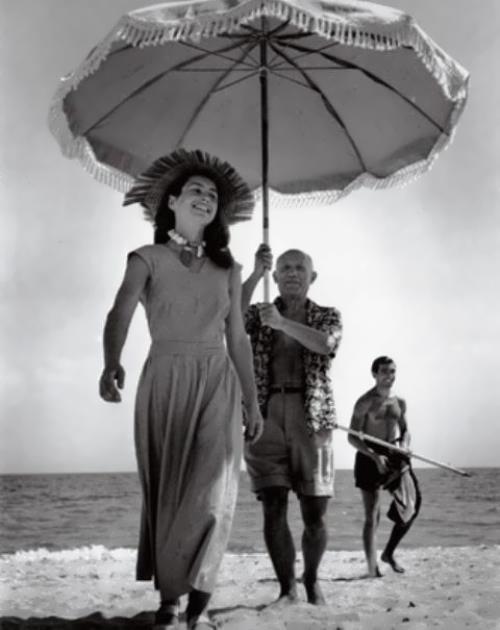 – Genevieve Laporte – one of the last of his mistresses, she was 20 years old, and he was more than 70 years old.
– Jacqueline Roque, the second wife of the artist, she was 27, he was 79 years old.

Interesting facts
– Picasso did not throw anything away, not even an empty cigarette package.
– Picasso loved animals. He had a monkey, a goat, snakes, and many dogs.
– He painted 200 pictures the year he was 90.
– Anthony Hopkins played the role of Picasso in the film Surviving Picasso (1996).
– Picasso painted Le picador when he was 9 years old. 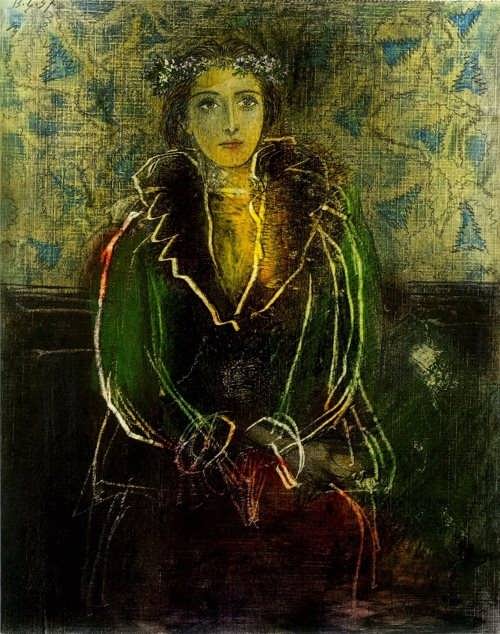 Portrait of Dora Maar with a сrown of flowers 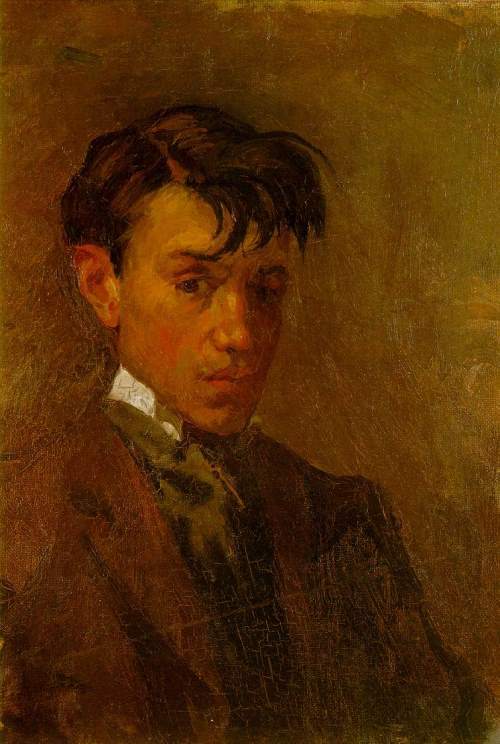 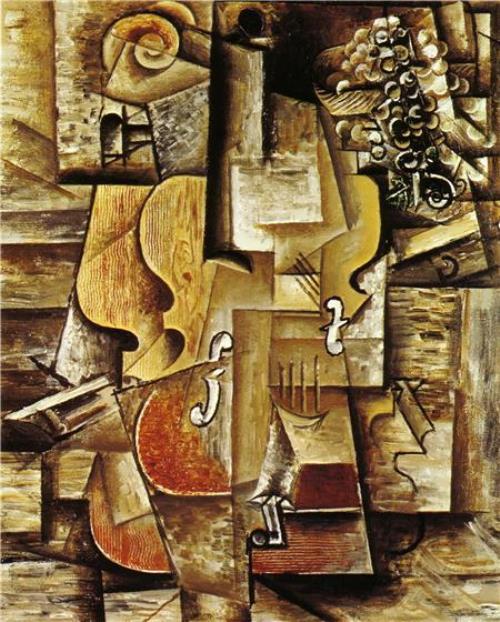 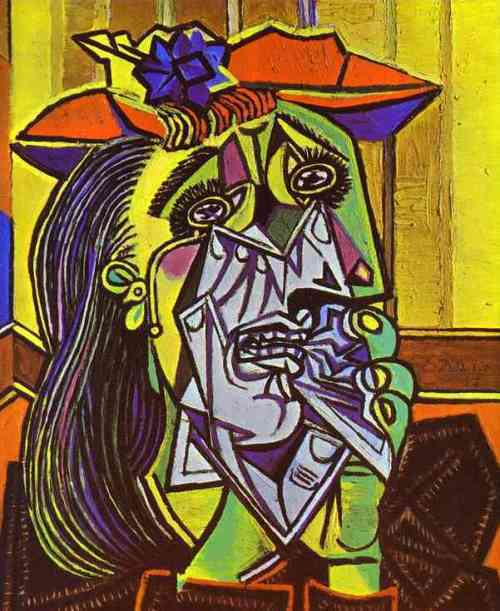 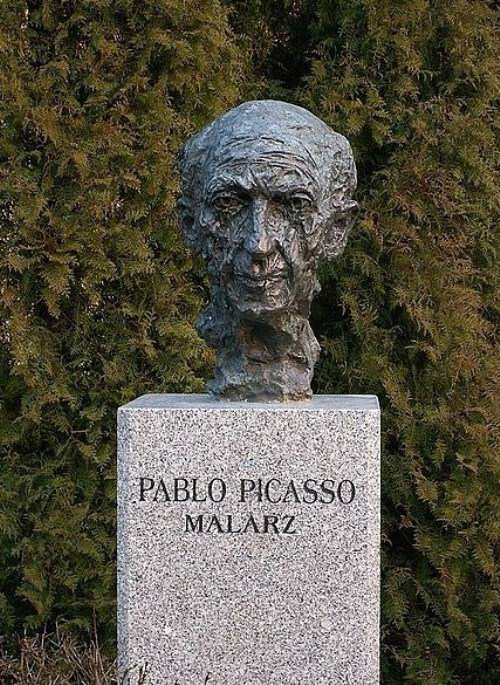 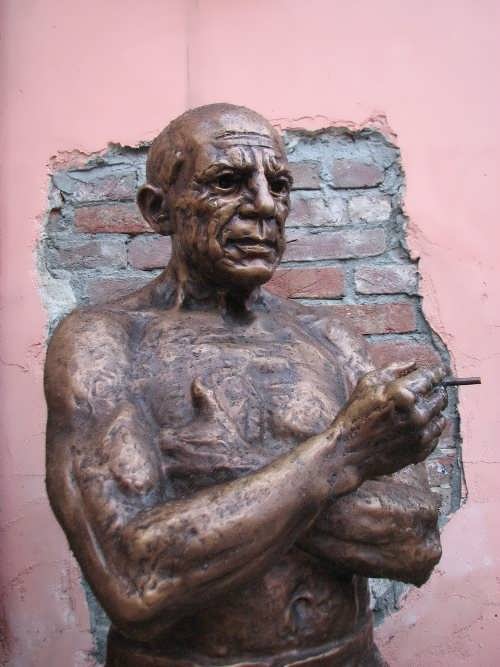 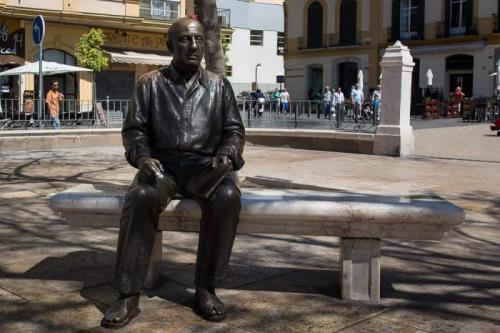 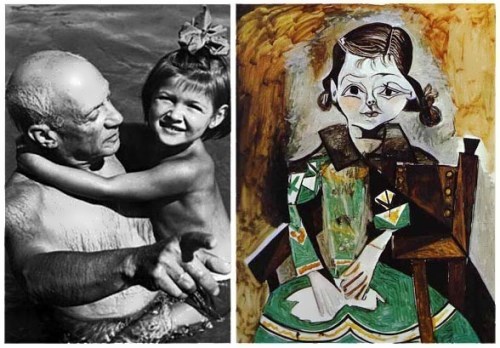 Picasso with his daughter Paloma 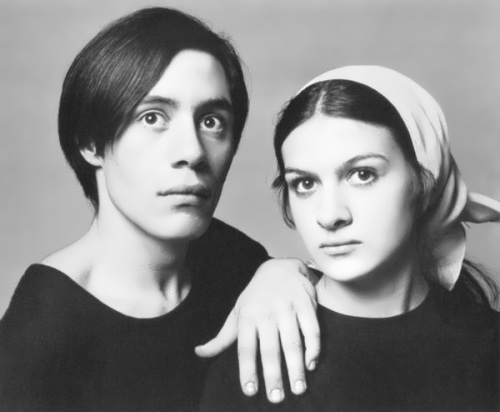 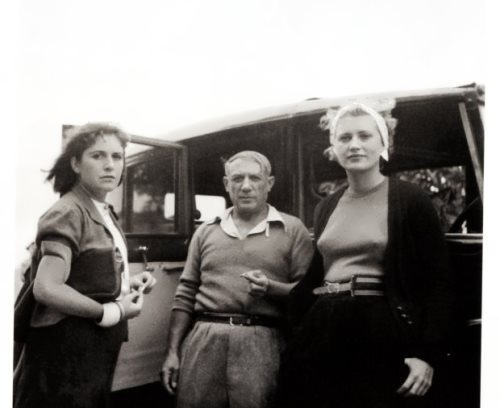 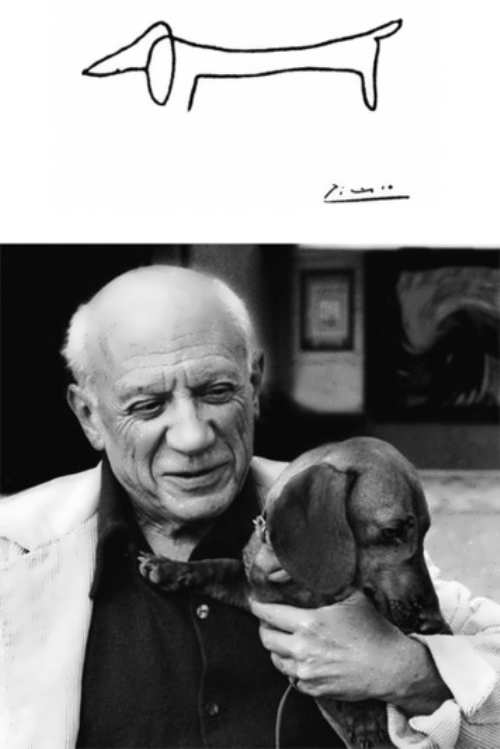 Picasso and his dog 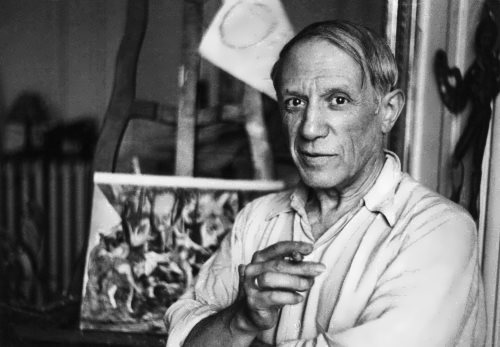 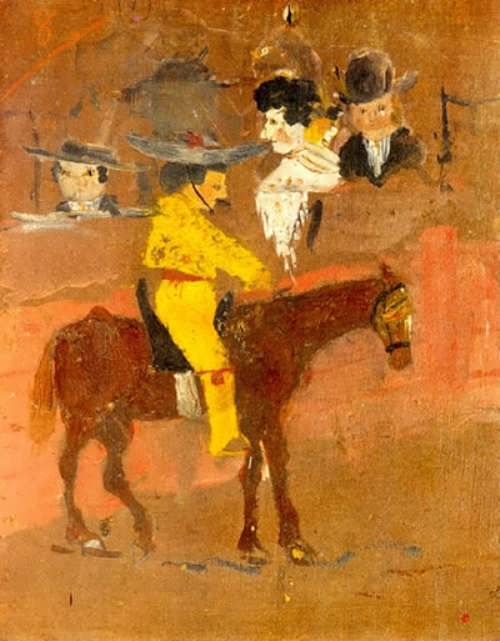 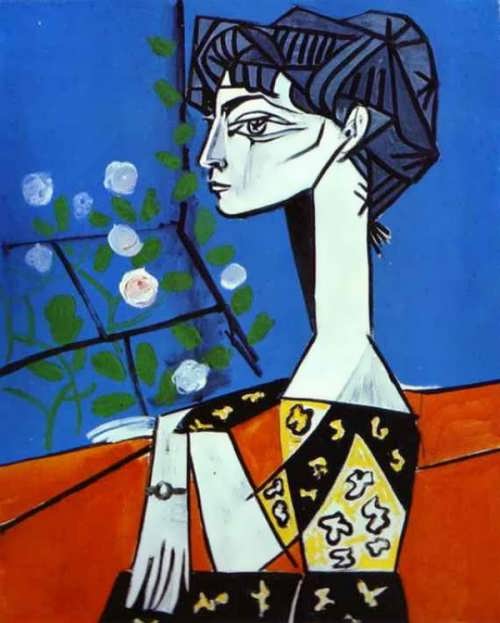