On that unfortunate December day in 1984, the life of 17-year-old Frenchwoman Pascale Berkovich hung in the balance. Trying to jump on the departing train, the girl fell under the wheels. Eyewitnesses called an ambulance, and after half an hour Pascale was on the surgical table. Skilled doctors saved her life, but they had to amputate her legs.
The girl had time to think about the terrible tragedy that turned her into a human stump. She thought that if she survived, she could never do her favorite gymnastics. Moreover, she couldn’t go to college anymore. Suddenly the girl realized: everything that she knew so far, what she enjoyed, what she lived for – all that had gone. Merciless steel wheels grinded her legs, turned a healthy flowering girl into a weak invalid. She was horrified to realize that she would spend the rest of her days in a wheelchair. But time passed, and she said to herself: “You must not give up! You must fight for every day, hour, minute. Live with hope and faith!”
The recovery was incredibly difficult for Pascale, but she was strong and brave. In many ways, the move from France to Israel in 1985 helped her. Doctors gave hope. They told her: “You will return to normal life. You will be happy!”

And Pascale believed them. A computerized wheelchair allowed her to lead an active lifestyle. Soon, the girl was drafted into the Israeli army and served a year in the technical division, where she perfectly mastered the computer. Then Berkovitch managed to get a higher education, having graduated from the faculty of journalism. For two years she worked in Syria as a special correspondent for a popular Israeli magazine and regularly sent interesting and sharp reports to the editorial office.
By the age of 30, Pascale firmly decided that it was time to start a family. This desire was so great that in some magical way it came true. Pascale met a man who fell in love with her. A year after the wedding, she gave birth to her first daughter, and three years later their second daughter was born.
At the same time, she did not give up sports and trained in the gym and pool regularly. Experienced mentors believed that Pascale could achieve excellent rowing results. She enthusiastically accepted the offer to join the national Paralympic rowing team. Months of grueling training gave results. The team performed at the Paralympics in Beijing, and Pascale became the owner of a gold medal and a national heroine. 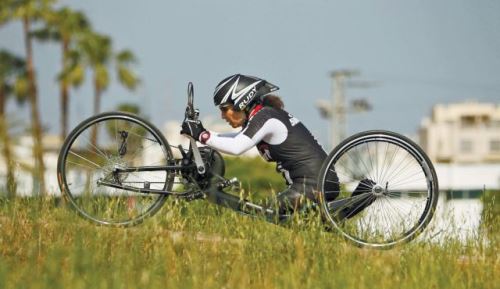 Then the unyielding woman began to ride a bicycle of a special design with a manual drive. As a result, Pascal participated in the Paralympic Games in London and won a silver medal. In her interviews, the persistent athlete said that she had a double responsibility: not only to promote her favorite sports, but also to set an example. Her husband and close relatives provide great support to her.
She is sure that she managed to succeed in life and sport precisely because of amputation. Along with the loss of her legs a real sense of struggle, the will to win and self-confidence appeared.
Today Pascale calls herself an “absolutely happy woman” – she has a reliable and caring husband, healthy and talented children, her favorite job and sport.
– The most difficult thing in my life was to overcome incredible psychological difficulties, because if you manage to cope with them, then physical difficulties no longer seem so terrible! – says Pascal. 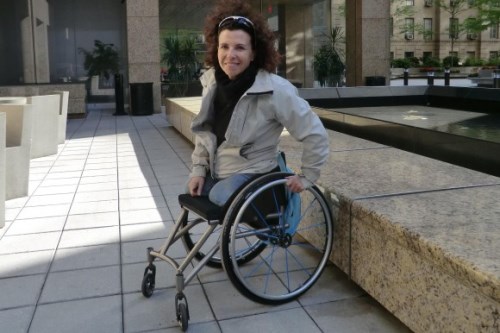 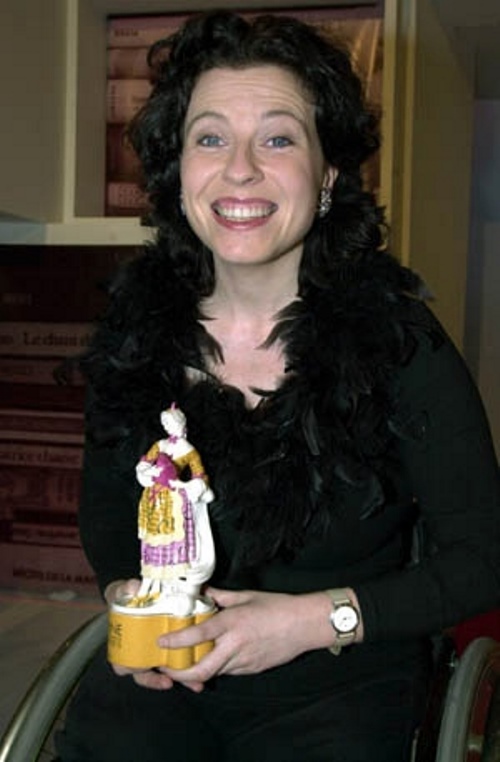 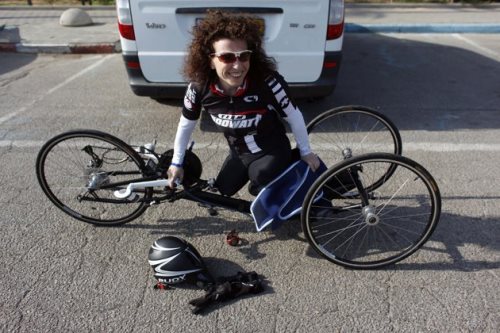 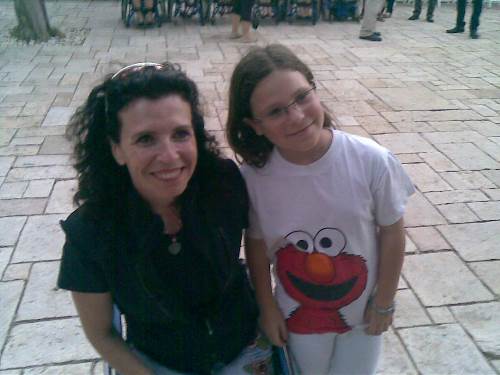 Brilliant Pascale and her daughter