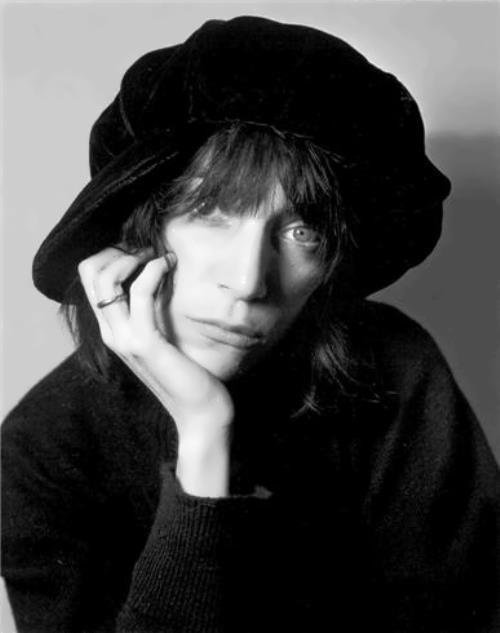 Patti Smith is an American singer and poet. She is called “godmother of punk rock” because of her debut album Horses, which played a significant role in the formation of the genre. The first steps in the music Smith did in the 70s on the stage of the New York club CBGB, along with other artists of the new wave. Her most famous song Because the Night was written in collaboration with Bruce Springsteen. In 2005, Smith was awarded the French Order of Arts and Letters, and in 2007 she was inducted into Rock and Roll Hall of Fame.
Patricia Lee Smith was born on December 30, 1946 in Chicago. In 1949 the family moved to Philadelphia and in 1957 to New Jersey. Her mother was a jazz singer and a waitress, and her father worked at a factory. Patti was the eldest of three children. As a school girl, she was fond of Arthur Rimbaud’s poetry, Jimi Hendrix, The Rolling Stones, The Doors, and especially Bob Dylan.

After school she entered Glassboro State College but left it due to an unplanned pregnancy. She gave the child up for adoption and found a job at the plant, earned enough money and moved to New York.
In 1967, she found a job in Strand and Scribner’s bookstore and met the photographer Robert Mapplethorpe, who became her lover.
As part of the New York bohemia, in 1971 she became co-author and actress in the autobiographical play by Sam Shepard – Cowboy Mouth. At the same time, she wrote poetry and met Lenny Kaye, a clerk in a music store on Bleecker Street. Kaye wrote an article for The Village Voice, which made an impression on Smith, and they discovered that they shared a love for obscure trends in the early rock ‘n’ roll.
Patti invited Lenny to accompany her on an electric guitar on a weekly public poetry reading at St. Mark’s Church on February 10, 1971. Over the next two years, Smith continued to play in the performances and took part poetry readings. She also wrote for music magazines such as Rolling Stone and Creem, and wrote songs for Blue Öyster Cult. 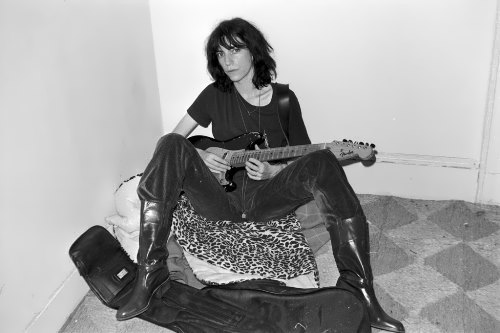 In 1972 she released her first collection of poems Seventh Heaven. In November 1973 she and Kaye gave a memorable performance Rock’n’Rimbaud in Le Jardin in Times Square. In the spring of 1974 Richard Saul joined them. On June 5, 1974, with financial support from Mapplethorpe, they start to record their first single Hey Joe / Piss Factory. Tom Verlaine, with whom Smith had a brief romantic relationship, participated in the recording. In the fall of 1974 Smith and her band played in Los Angeles and San Francisco.
In late 1975 Patti released her debut album Horses, which was enthusiastically received by critics. And in October 1976 she released her second album Radio Ethiopia.
On January 23, 1977 Smith fell off the stage and broke two vertebrae in the neck. So, she was forced to take a break. During that time she wrote a collection of poems Babel.
On March 3, 1978, Patti released her third album Easter. The song Because the Night was written with Bruce Springsteen. The ballad climbed to the 13th place on the Billboard Hot 100 and helped the album reach the top twenty best-selling CDs of the week. 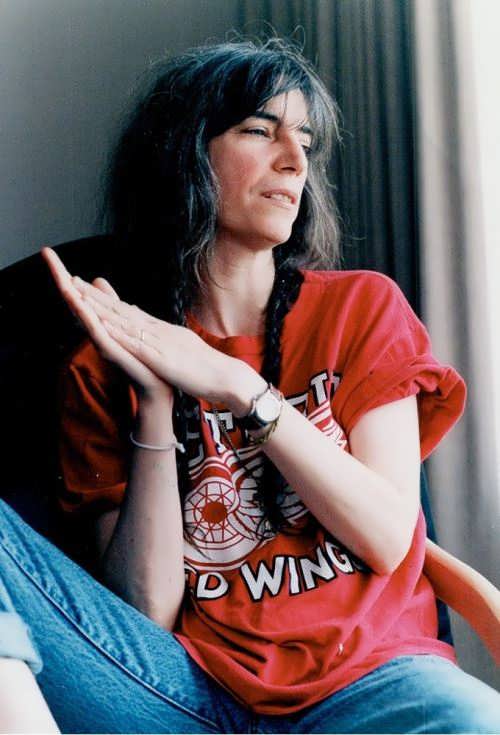 The fourth album, Wave, was released on May 19, 1979. Prior to that, Smith lived with Cult Allen Lanier. Then she began dating the MC5 guitarist, Fred “Sonic” Smith, whom the song Frederick was devoted.
When punk music had come out of the underground, Smith lost interest in it, and in September 1979 after a concert in front of 70,000 spectators in Florence, Patti Smith Group disbanded.
On March 1, 1980, Fred and Patti were married and moved to Detroit. There she gave birth to two children, Jackson and Jesse.
In 1988, Patti recorded the album Dream of Life, in which Fred co-wrote all the songs and played guitar with the support of members of the Patti Smith Group, Richard Saul and Dee Jay Dougherty.
During the following years, Patti lost several loved ones. Richard Saul died in 1991, two years after the death of Robert Mapplethorpe. In their honor, she gave free poetry readings and performed several songs a cappella in the open area of Central Park in New York. In late 1994, her husband Fred and brother Todd died.
In 1996, Smith moved to New York and then read poetry in Central Park at the Lollapalooza Festival and at the end of the year participated in the tour with Bob Dylan. 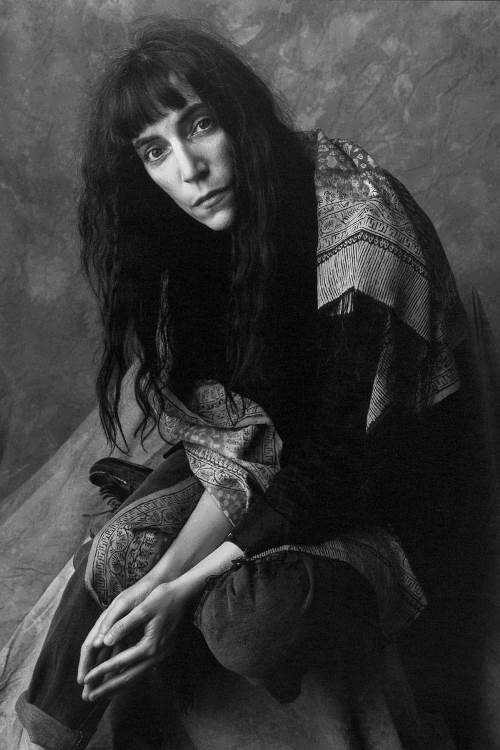 The reunited band began their work on the album Gone Again. Following the album, the book The Coral Sea, dedicated to the memory of Robert Mapplethorpe, was released.
In 1998, a collection of poetry Patti Smith Complete was published. In 2000 more aggressive and socially oriented album Gung Ho was released.
In September 2002, an exhibition of Patti Smith’s art and photographs was opened in Warhol Museum, Pittsburgh.
In 2004, her new album Trampin’ was released. On September 2 Patti gave a concert in St. Petersburg, and the next day in Moscow, where she performed improvisational poem in memory of the victims of the terrorist act in Beslan. In the same year, she published a collection of poems Auguries of Innocence.
In January 2008, a documentary film Patti Smith: Dream of Life (which was filmed 11 years) was premiered at the independent Sundance Film Festival.
The singer was awarded by the American Society of Composers, Authors and Publishers (ASCAP).

In 2010, her book Just Kids, devoted to her relationship with Mapplethorpe, was published. It was awarded the US National Book Award.
In June 2012, Smith released her eleventh studio album, Banga.
Smith is an active member of the Green Party of the United States.
On August 30, 2008 Patti took part in the international festival The Creation of Peace held in Kazan.
Sonic Youth dedicated his album Hidros 3 to Patti Smith. 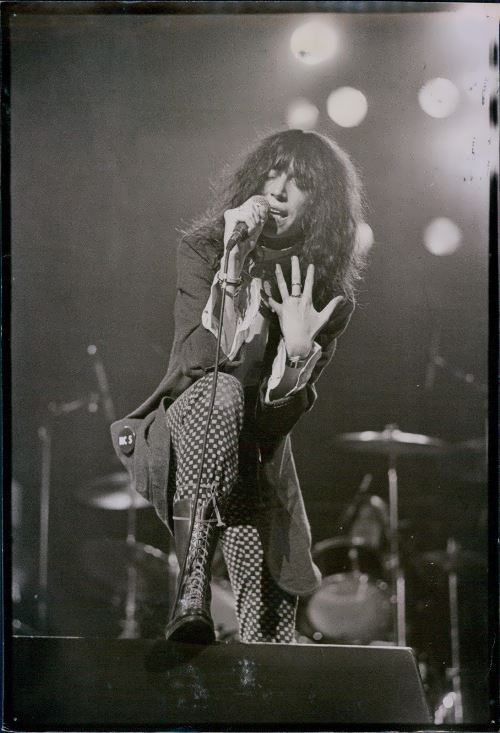 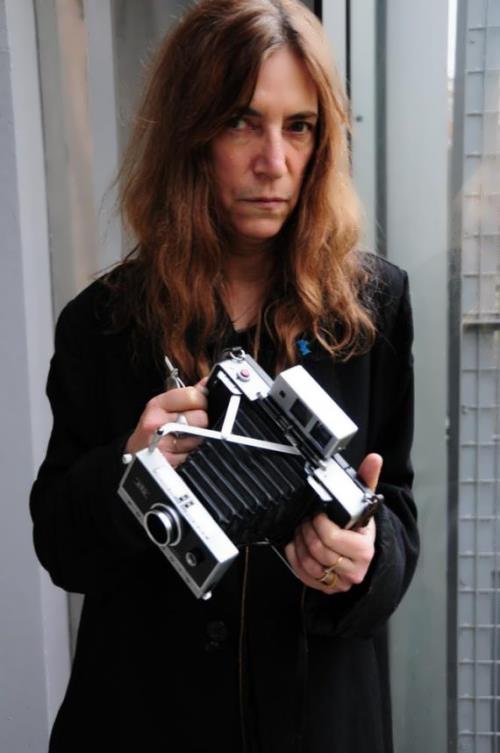 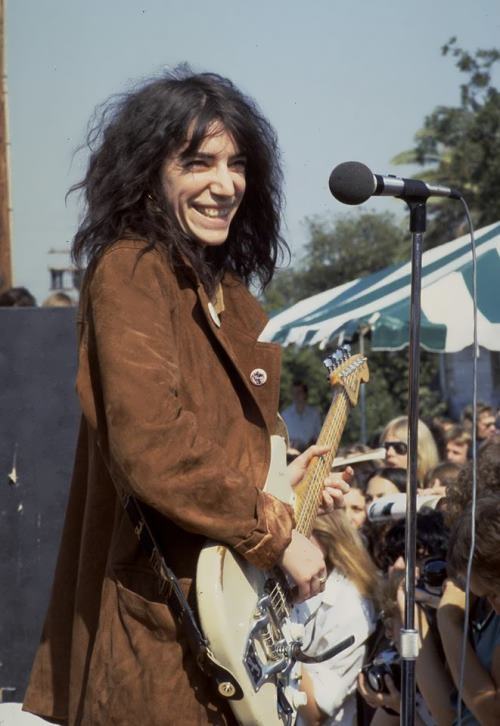 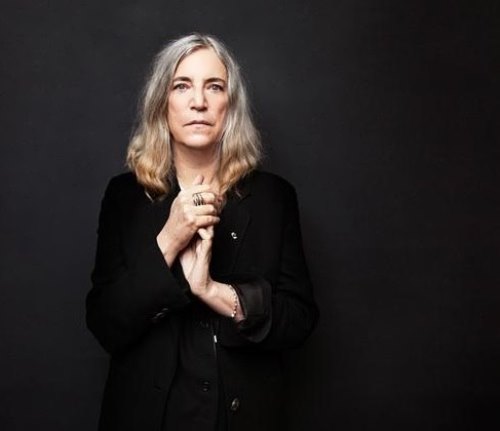 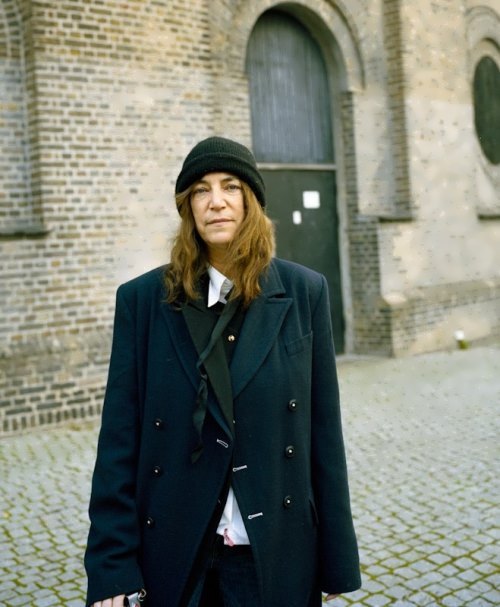 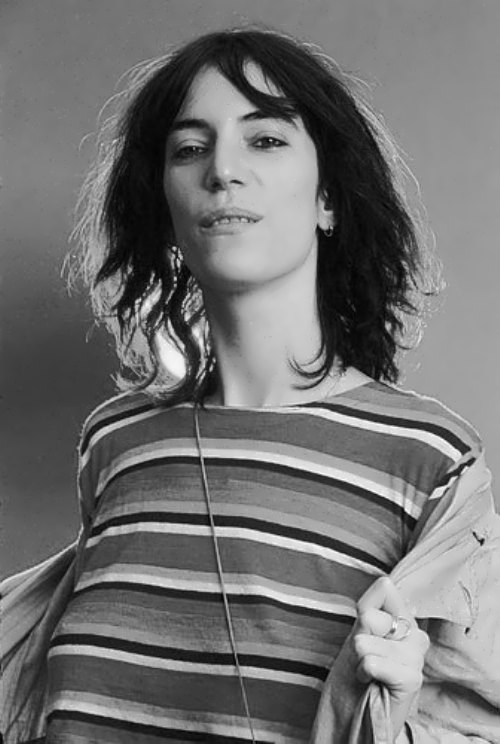 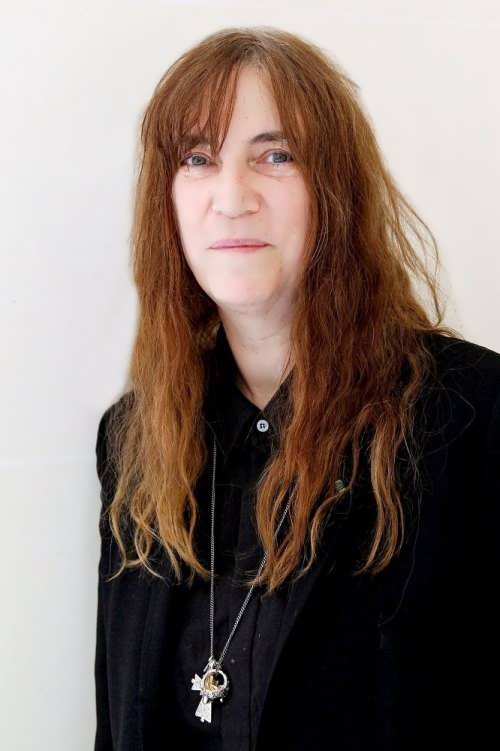 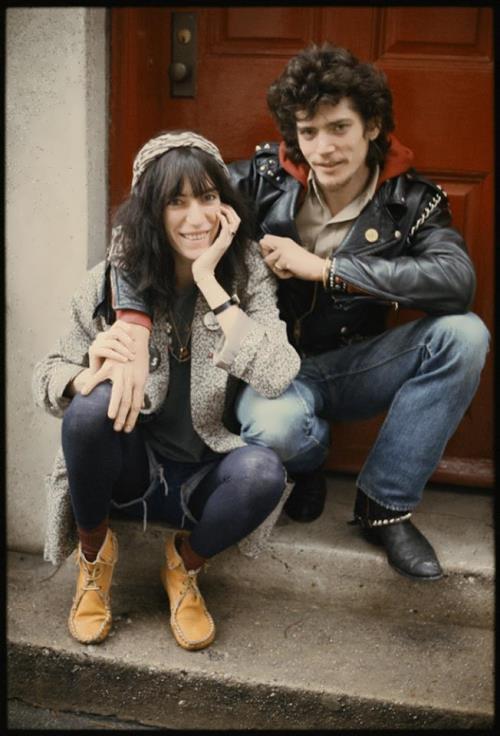 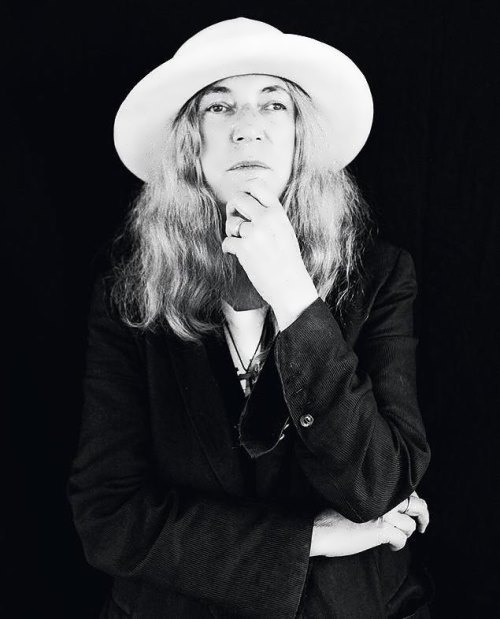 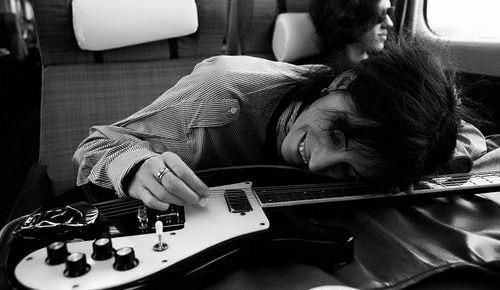 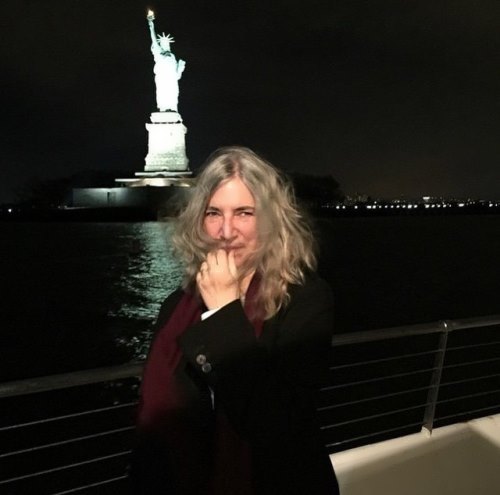 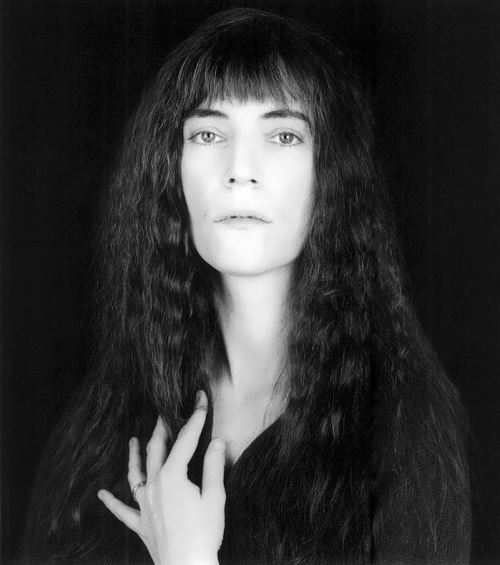 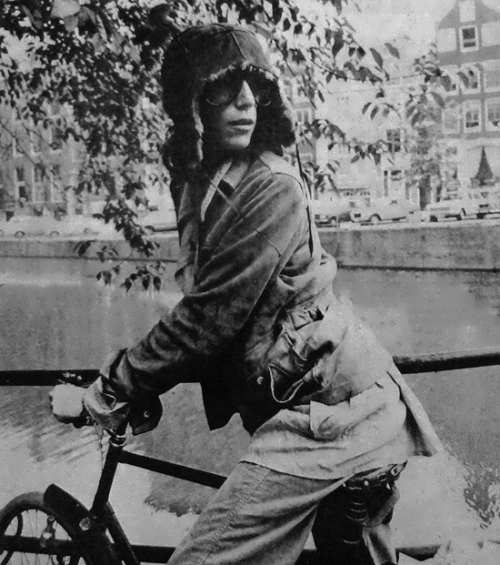 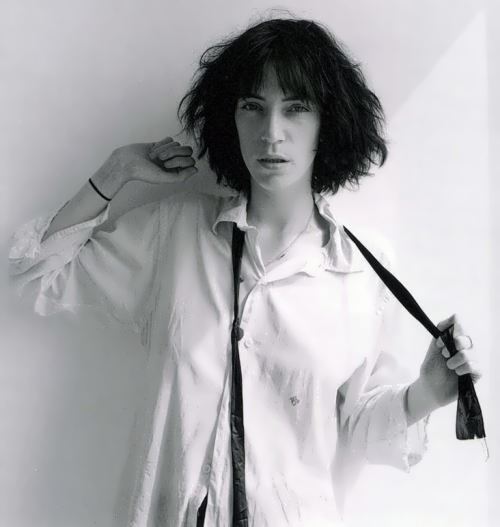 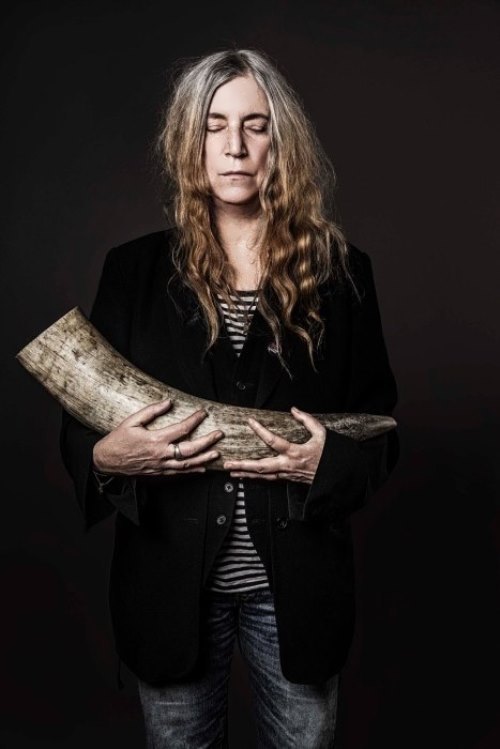 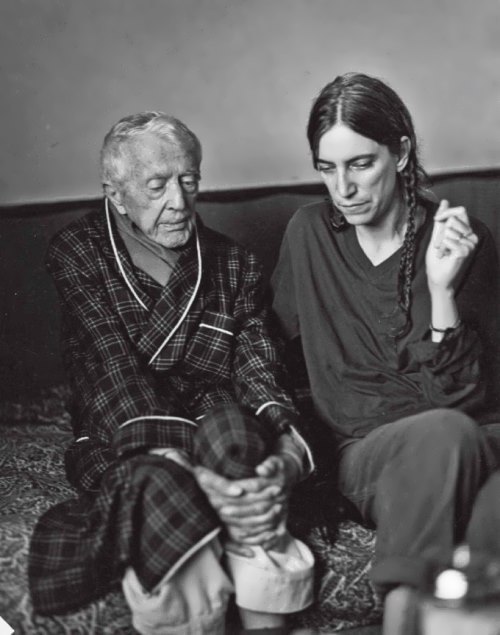 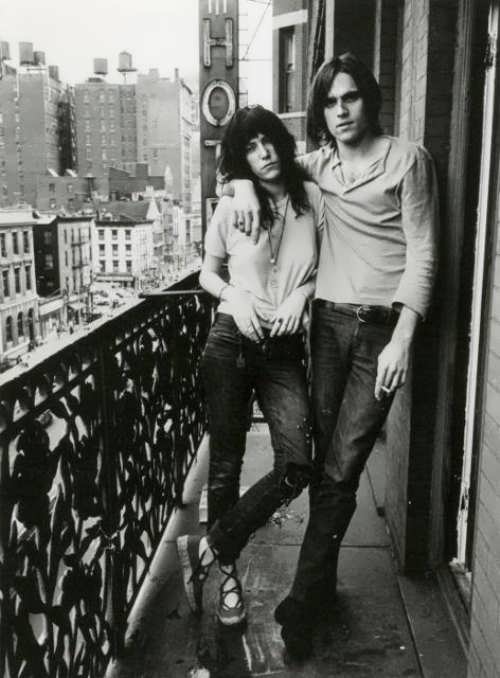 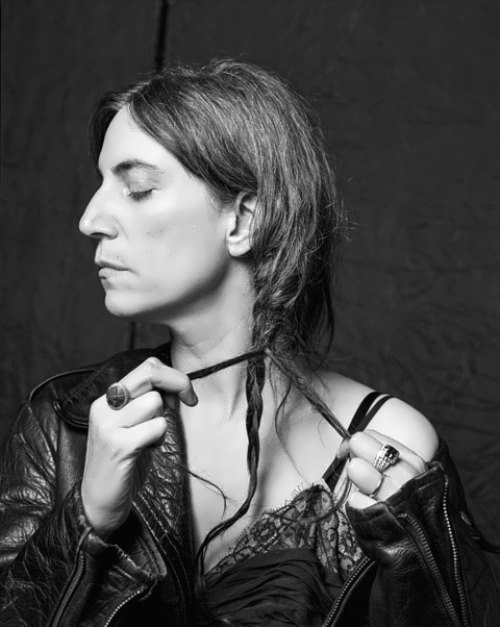 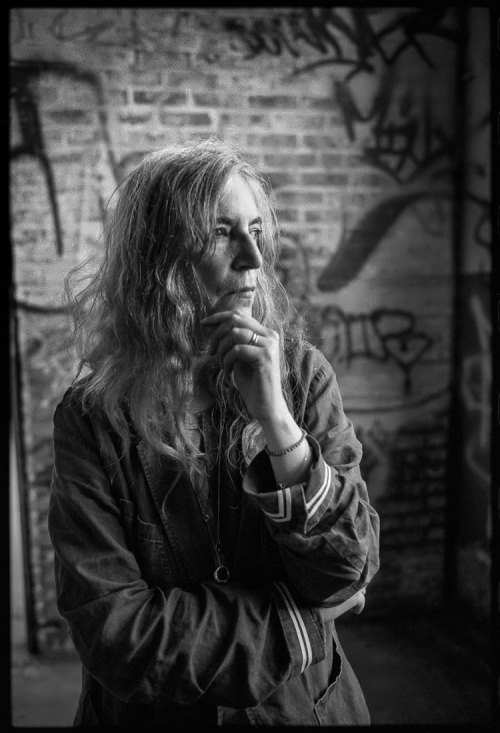 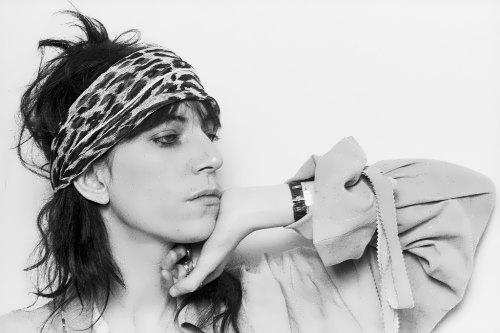