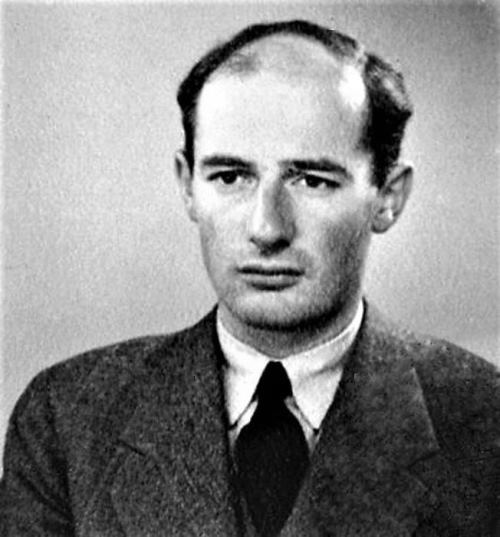 In 1963 a Swedish diplomat was posthumously awarded the title Righteous Among the Nations. Raoul Gustav Wallenberg saved tens of thousands of Jews during the Holocaust and died under unclear circumstances in a Soviet prison. He deserves that as many people as possible know about his feat, which is an example of true humanism.
The future diplomat was born in 1912 in the Swedish city near Stockholm. The boy had never seen his father, since Navy officer Raoul Oscar Wallenberg died of cancer 3 months before the birth of the heir. Raoul Gustav’s paternal family was known in Sweden, and many Swedish financiers and diplomats came from it. In particular, at the time of the birth of the boy, his grandfather – Gustav Wallenberg – was the ambassador of his country in Japan. At the same time, on the maternal side, Raoul was a descendant of a jeweler named Bendix, who is considered one of the founders of the Jewish community of Sweden. In 1918, his mother married the Swedish Ministry of Health official Fredrik von Dardel. In this marriage, daughter Nina and son Guy von Dardel were born, who later became a nuclear physicist. Raoul was lucky with his stepfather, since he treated him in the same way as his children.

The boy was sent to military courses, and then to France. As a result, by the time he entered the University of Michigan in 1931, the young man spoke several languages. There he studied architecture and received a medal for excellent studies.
Although Wallenberg’s family did not need money and occupied a high position in Swedish society, in 1933 he sought to earn his own money. So, as a student, he went to Chicago, where he worked in the pavilion at the Chicago World’s Fair. Having received a diploma in 1935 Raoul returned to Stockholm. There he took part in the swimming pool design competition and took the second place. Then he decided to gain practical experience in the field of commerce and went to Cape Town, where he entered a large company engaged in the sale of building materials. Grandfather found his beloved grandson a new prestigious job at the Dutch Bank in Haifa. There Raoul met young Jews, who fled from Nazi Germany. This meeting made Raoul realize his genetic connection with the Jewish people and played an important role in his future destiny. 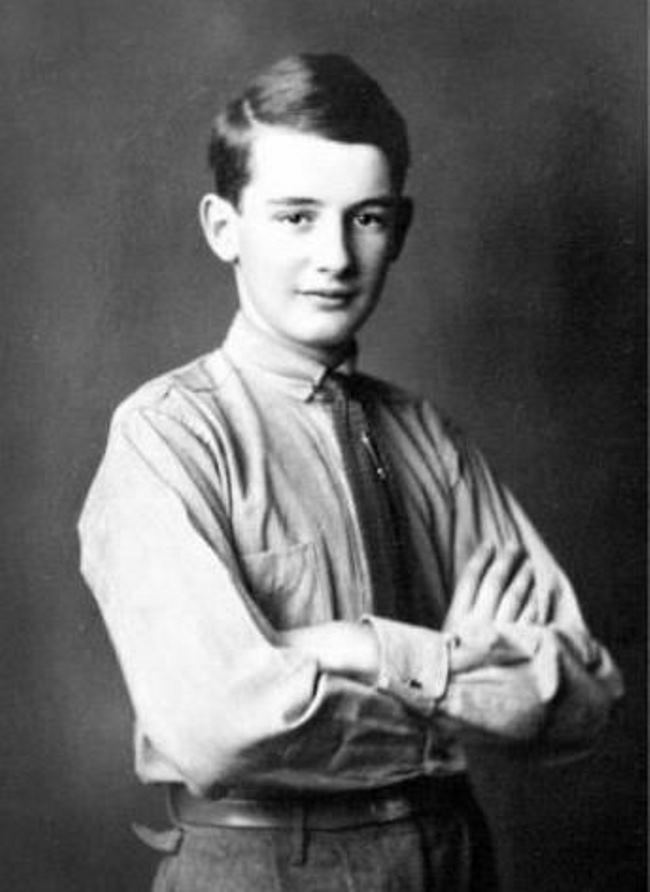 “The Great Depression” in Sweden was not the best time to earn a living working as an architect, so the young man decided to start his own business and made a deal with one German Jew. The enterprise failed, and in order not to be left without work, Raoul asked for help his uncle Jacob. He sent his nephew to the Central European trading company, owned by Kalman Lauer. A few months later, Wallenberg was already a partner of the company owner and one of its directors. During that period, he often traveled to Europe and was horrified by what he saw in Germany and in the countries occupied by the Nazis.
In July 1944 Raoul was appointed first secretary of his country’s diplomatic mission in Budapest. There he found a way to help the local Jews who were waiting for death. He gave them Swedish “protective passports”, which gave the owners the status of Swedish citizens awaiting repatriation to their homeland. In addition, he managed to convince some Wehrmacht generals not to export the population of the Budapest ghetto to the death camps. After the war, it was estimated that as a result of his actions, about 100 thousand people were saved. 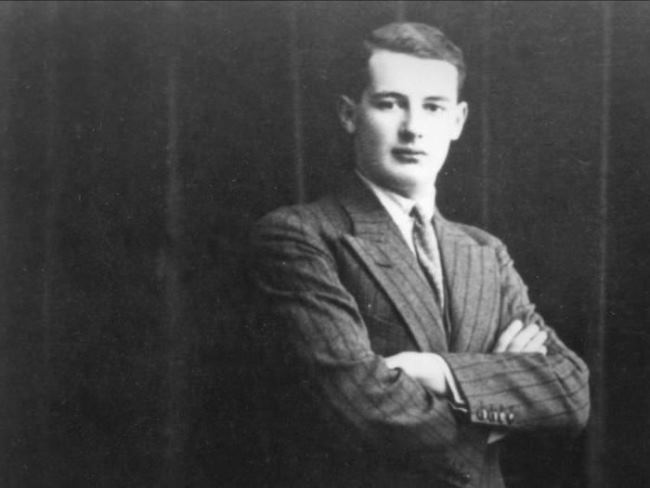 Raoul Wallenberg – one of the great heroes of World War II

According to some experts, Soviet intelligence conducted surveillance for most of Wallenberg’s stay in Budapest. As for his future fate after the arrival of the Red Army, various versions were published in the world press. According to one of them, in early 1945, he and his personal chauffeur were detained by a Soviet patrol in the building of the International Red Cross (according to another version, he was arrested by the NKVD at his apartment). From there, the diplomat was sent to R. Y. Malinovsky, who was at that time in command of the 2nd Ukrainian Front, as he intended to give him some secret information. It is also believed that he was detained by SMERSH officers who decided that Raoul Wallenberg was a spy. It was proved that on March 8, 1945, Radio Kossuth, which was under Soviet control, broadcasted a message that a Swedish diplomat with that name was killed during the fighting in Budapest.
To find out what happened next with Raoul Wallenberg, researchers were forced to collect facts bit by bit. So, they managed to find out that he was transported to Moscow, where he was put in prison on Lubyanka Square. German prisoners who were there during the same period testified that they had communicated with him through the “prison telegraph” until 1947, after which he was probably sent somewhere. After the disappearance of the diplomat in Budapest, Sweden made several inquiries about his fate, but the Soviet authorities reported that they did not know where Raul Wallenberg was. 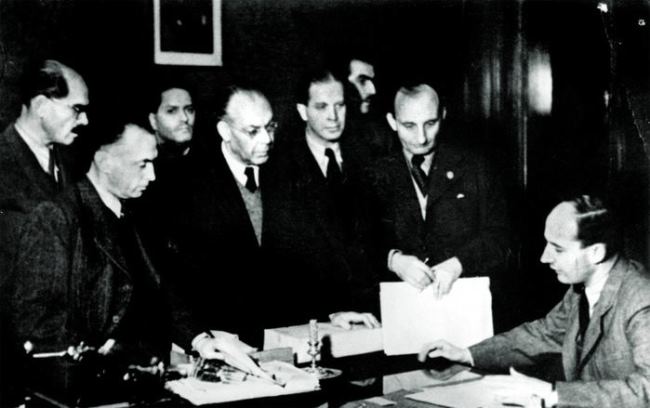 Wallenberg (right) surrounded by colleagues. Budapest, 1944. Photo from the archive of Karl Gabor

Moreover, in August 1947, Deputy Foreign Minister A. Ya. Vyshinsky officially declared that there was no Swedish diplomat in the USSR. However, in 1957, the Soviet Union was forced to admit that Raoul Wallenberg was arrested in Budapest, taken to Moscow and died of a heart attack in July 1947. At the same time, a note by Vyshinsky to V. M. Molotov (dated May 1947) was found in the Foreign Ministry’s archive, in which he asked Abakumov to submit a statement on the Wallenberg case and proposed to liquidate him.
At the end of 2000, on the basis of the law of the Russian Federation “On the rehabilitation of victims of political repression,” the Prosecutor General’s Office made a corresponding decision in the case of the Swedish diplomat R. Wallenberg and V. Langfelder. In conclusion, it was said that in January 1945, these persons, being employees of the Swedish mission in the Hungarian capital, were arrested and kept until their death in USSR prisons. 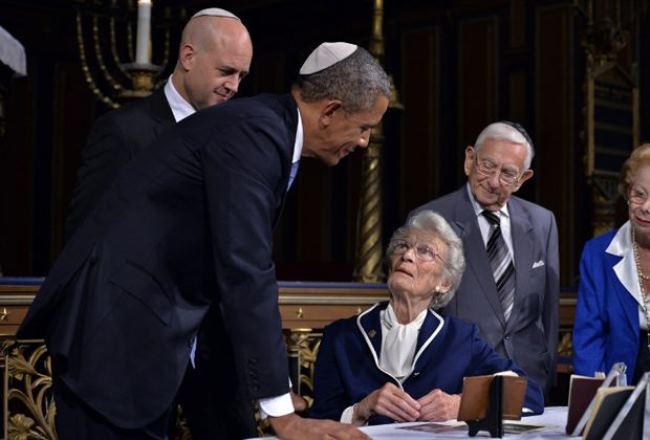 In 2010, the studies of American historians were published, in which it was suggested that the version regarding the death of Raoul Wallenberg on July 17, 1947 was false. The FSB Central Archive found a document stating that 6 days after the indicated date, the head of Division 4 of the Main Directorate of the Ministry of State Security of the USSR (military counterintelligence) questioned “prisoner number 7” for several hours, and then Sandor Katona and Vilmos Langfelder. Since the last two were connected with Wallenberg, scientists suggested that it was his name that was encrypted.
The Jewish people appreciated all that Wallenberg did for them during the Holocaust. The monument to this humanist is located at the Yauzskie gate in Moscow. In addition, there are monuments in his memory in 29 cities of the planet. In 1981, one of the Hungarian Jews rescued by a diplomat who later emigrated to the United States and became a congressman there, initiated Wallenberg to be awarded the title of honorary citizen of this country. Since then, August 5th has been recognized as his memorial day in the United States. As already mentioned, in 1963, the Israeli Institute awarded Raoul Gustav Wallenberg the honorary title of the Righteous Among the Nations. 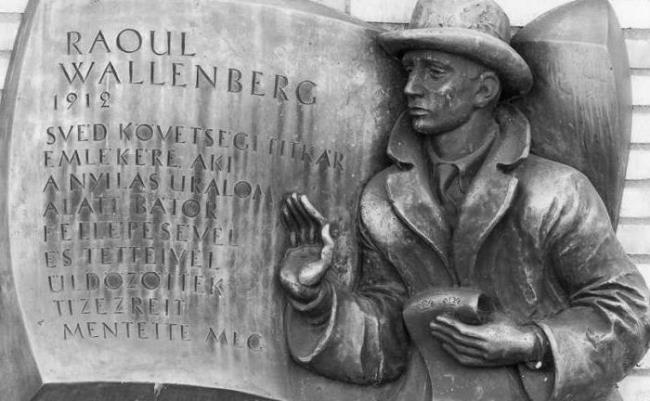 Wallenberg’s mother and stepfather devoted their whole lives to searching for missing Raoul. Their work was continued by grandchildren, who also tried to find out how Wallenberg died. Kofi Annan’s wife, Nana Lagergren, Raoul’s niece, became a famous fighter with the millennium problems and continued the humanistic traditions of her family.
This diplomat from Sweden went down in history as a man who saved thousands of lives, but could not avoid death in prison. 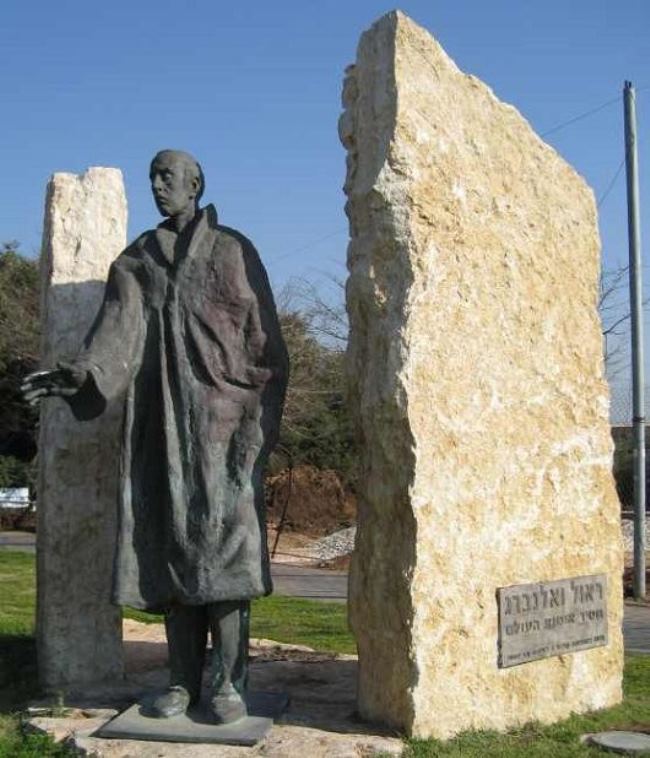 Monument to Wallenberg in Tel Aviv 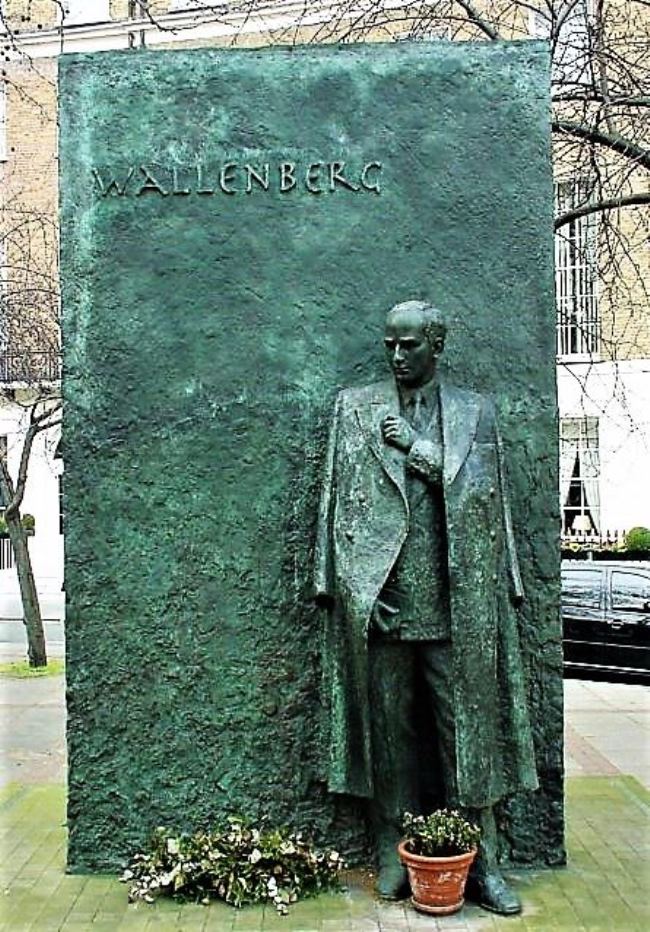 Monument to Raoul Wallenberg in London 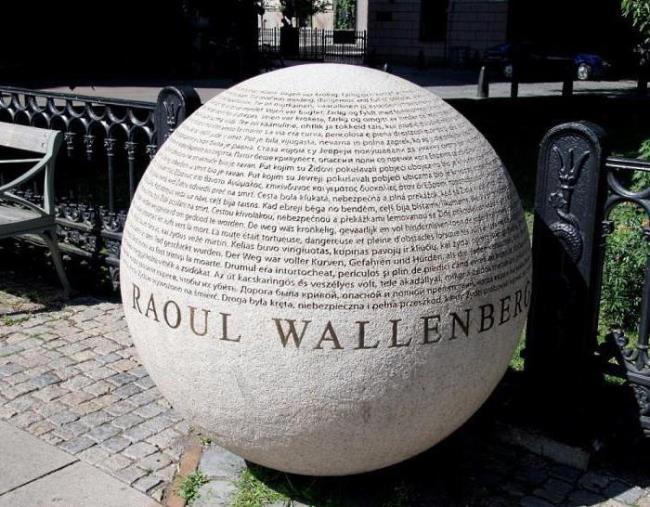 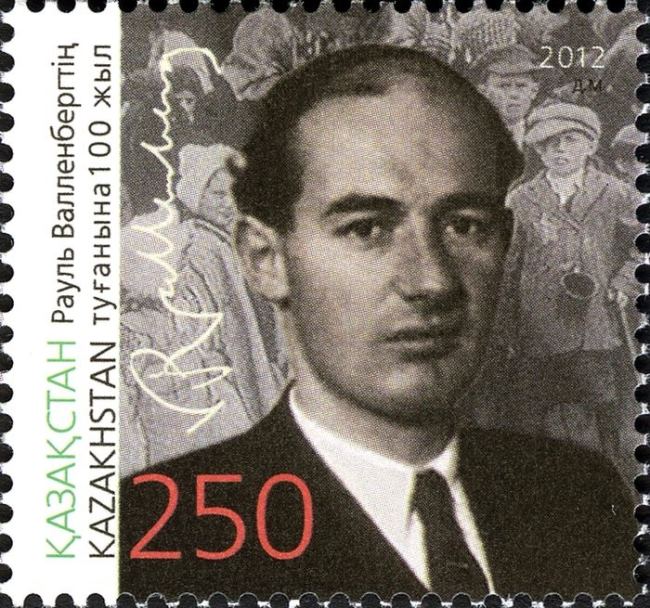 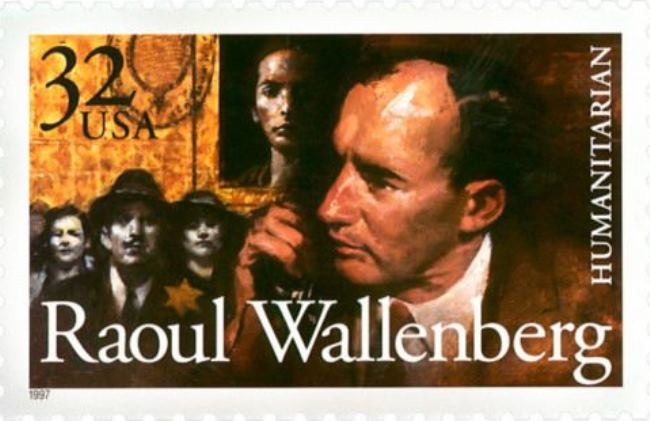 Stamp issued by US Postal Office in the memory of Wallenberg 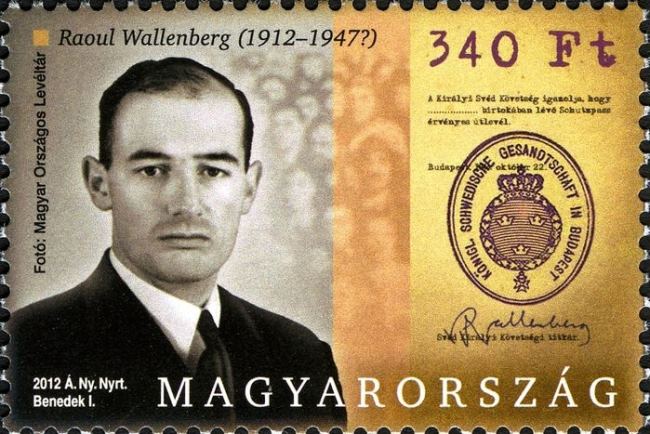