Ray Charles, a jazz, rhythm-and-blues and soul musician, became one of the most famous American musicians. The result of his creative activity was the release of more than seventy albums, multiple Grammy Awards. By the way, he was inducted into the Hall of Fame. Frank Sinatra named him the only genius in show business.
Ray Charles Robinson was born on September 23, 1930 in Albany (Georgia). A few months after his birth, the whole family had to change their place of residence, they moved to Greenville (South Florida).
The father’s role in the musician’s life was short and insignificant, since he left the family when the boy and his brother George were very young. Unfortunately, his brother drowned at the age of four. Ray tried to save him, but he did not have the strength to pull the child out, as he was only five years old. It was a great shock for the boy and he began to lose his eyesight. At the age of seven he became blind. Later, the likely cause of blindness was called glaucoma and its consequences. There are rumors that having achieved fame the musician tried to find a donor for the transplantation of one eye. However, doctors believed it was meaningless and risky.

The apothecary who played the piano and lived not far from Ray’s house had a direct influence on the future career of a musician. The boy’s musical talent was already noticeable when he was three years old. Therefore, after complete vision loss, Ray entered a specialized boarding school in Saint Augustine. There he studied braille, as well as playing the organ, piano, trombone, saxophone and clarinet. Due to his success in music, the boy became a member of the Baptist choir.
After boarding school Ray participated in numerous musical projects. Famous jazzmen Count Basie, Art Tatum, and Artie Shaw made a great influence on the formation of the style and manner of performance.
The musician became a full member of The Florida Playboys. A trip to Seattle in 1947 was a very significant event for seventeen-year-old Ray. With the support of guitarist Gossady McGee he formed MacSon Trio. To record the first songs, Ray worked together with a group of famous singer Lowell Fulson. Two years later, his first song in the rhythm-and-blues style was released. Then he released a few more songs, which later became hits.
In the 1950s Ray Charles Robinson changed the label and shortened his name. It was necessary, since there was a popular boxer with a similar name at that time. 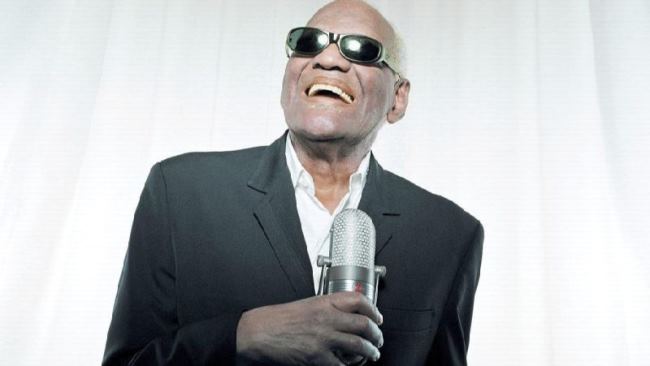 In 1951 the musician married Eileen Williams. However, they lived together for only one year. Three years later Ray married Della Beatrice Robinson (nee Howard). They lived together until 1977.
In the mid-50s his songs brought him popularity and were sold in millions of copies. The Ray’s repertoire included gospel music on secular themes and blues ballads. Thanks to the work of this musician gospel and R&B became popular. The merit of Ray, as one of the first performers in rhythm-and-blues style, is an impressive spread of “black” music. At the end of the fifties Ray was extremely popular, participated in the Newport Festival, recorded a large number of hits, as well as received his first Grammy Award.
After gaining worldwide recognition, Ray moved to a huge mansion in Beverly Hills. Being one of several performers receiving the highest fees, he began to use his creative freedom to expand his approach to music. As a result, his works had become closer to the pop and mainstream styles. Despite the fact that the new compositions were strikingly different from what he had done before, Ray’s music was a success. The song Georgia On My Mind, which became the anthem of his native state, was released in the early 60s. This was followed by a significant event: the release of the album Modern Sounds in Country and Western Music. 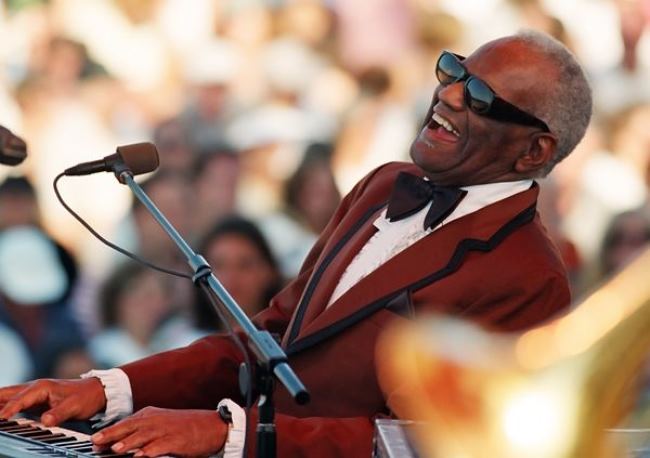 To tell the truth, Ray Charles was a lifelong fighter for racial equality. He even canceled his concert in August 1961 due to the fact that black and white spectators were planning to sit separately. In addition, Ray promoted the activities of Martin Luther King and openly expressed disapproval of the policy of John Fitzgerald Kennedy.
Ray Charles and the “monkey on his back”. So allegorically, the musician called his addiction to heroin. After trying it at the age of 16, he had the drug dependence the next two decades. The decisive step, after which Ray said “no” to drugs, was a lengthy treatment at a clinic in Los Angeles. After a course of rehabilitation, Ray Charles found inspiration and solace solely in music and performances.
In the 80s, Ray participated in the filming of the movie The Blues Brothers, popular television show, as well as in Pepsi advertising. The musician took part in charity events, worked together with popular young performers and spoke at the inauguration of Bill Clinton. His last performance was held in 2004 in Los Angeles. 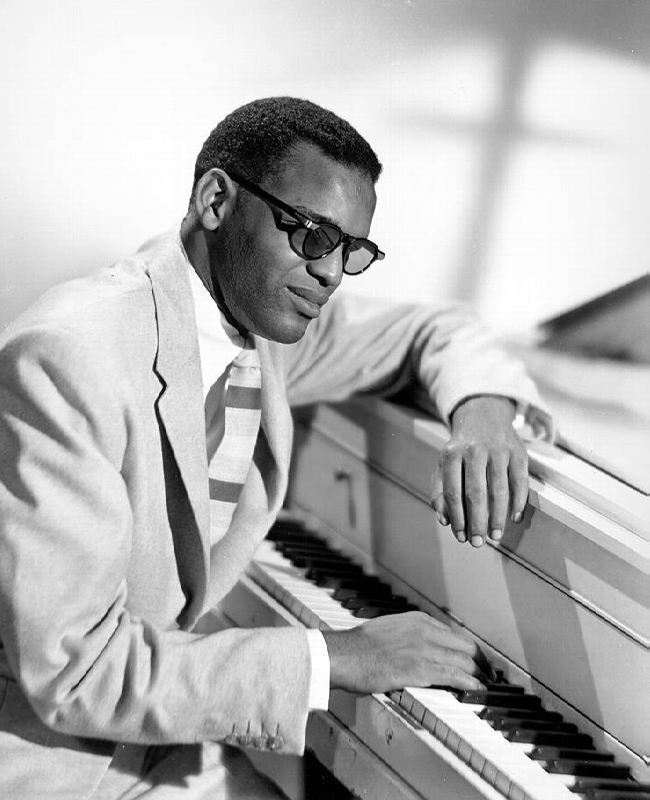 In the last years of his life, the musician suffered from liver cancer and the serious consequences of a hip surgery. Despite this, he appeared daily at the RPM studio to do his work. In one of the interviews, he noted that it doesn’t matter how long life is, it’s important how beautiful it is.
After the death of Ray Charles on June 10, 2004, in Beverly Hills (California), a posthumous album was released. As a part of the memorial ceremony, many musicians and thousands of loyal fans said farewell to Ray. 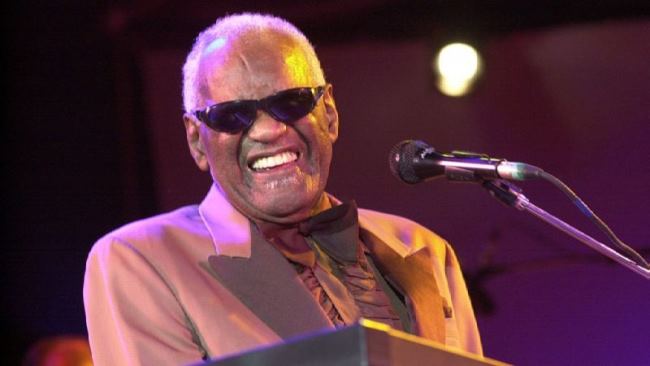 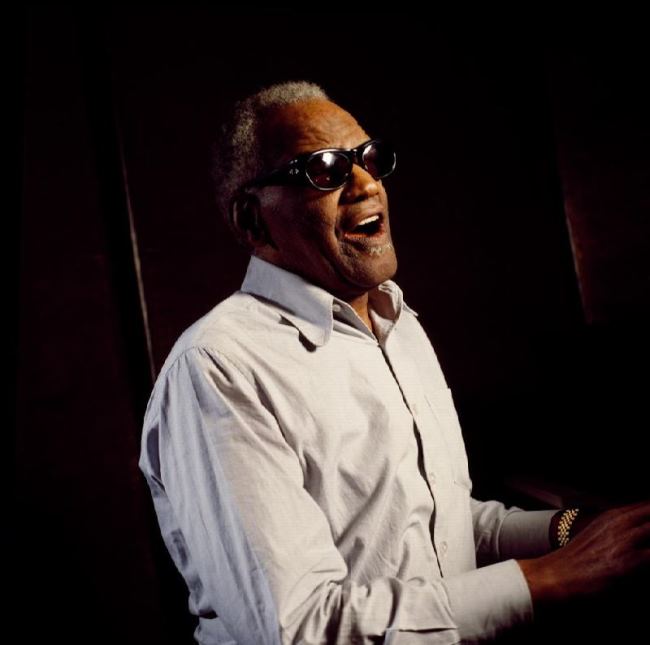 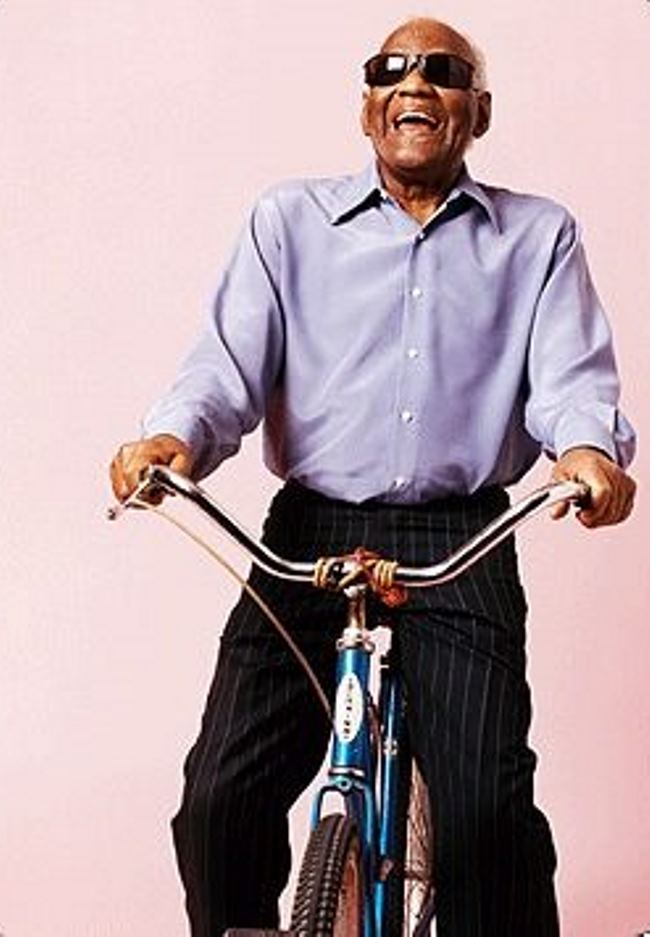 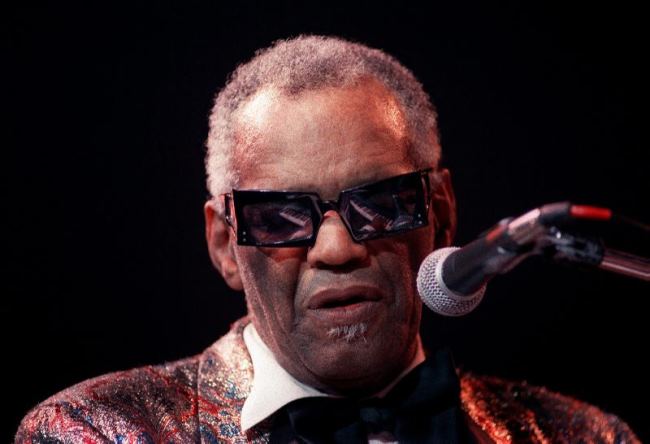 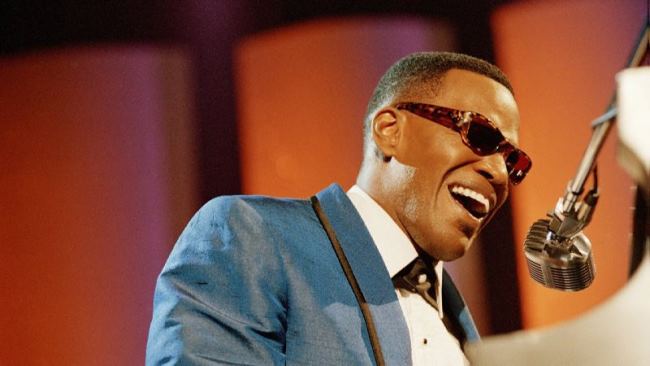 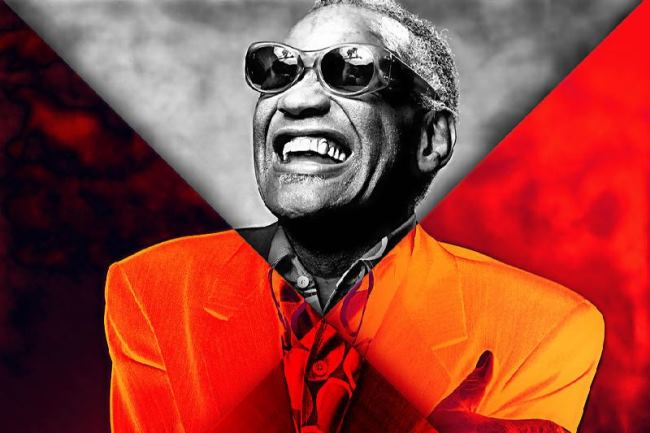 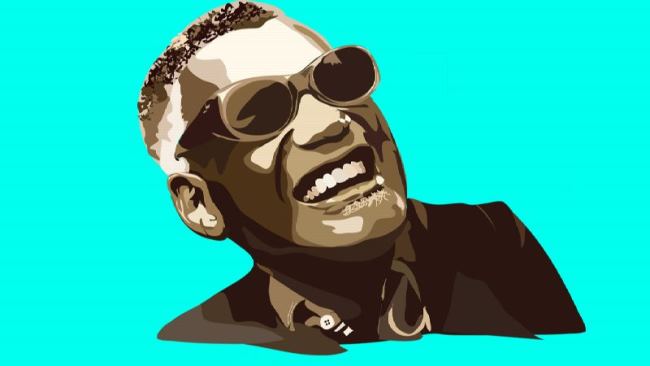 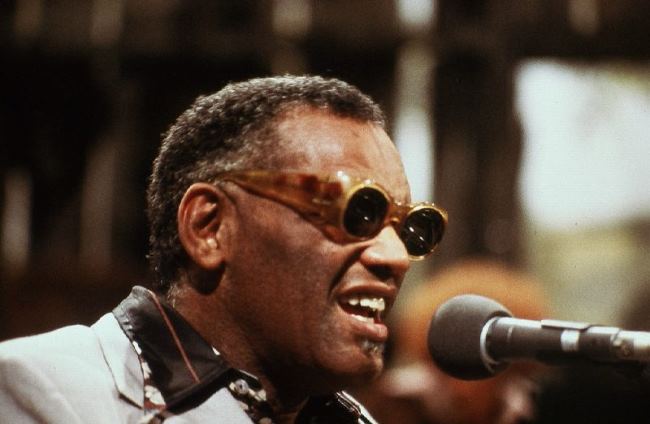 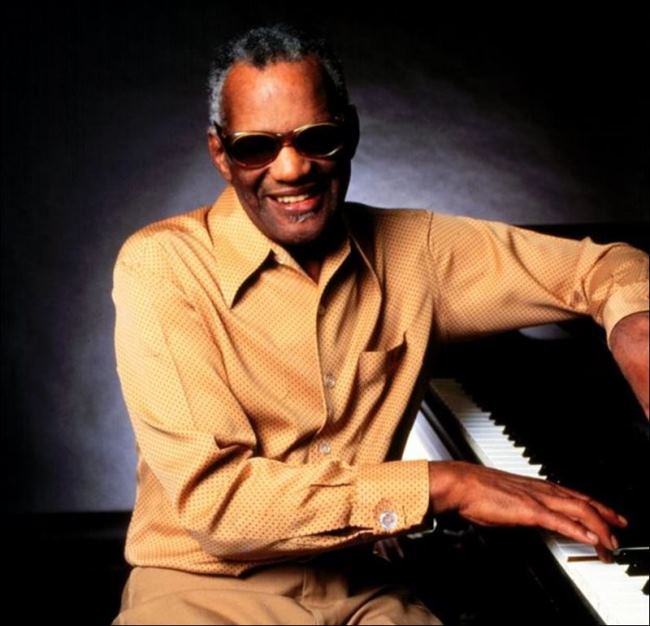 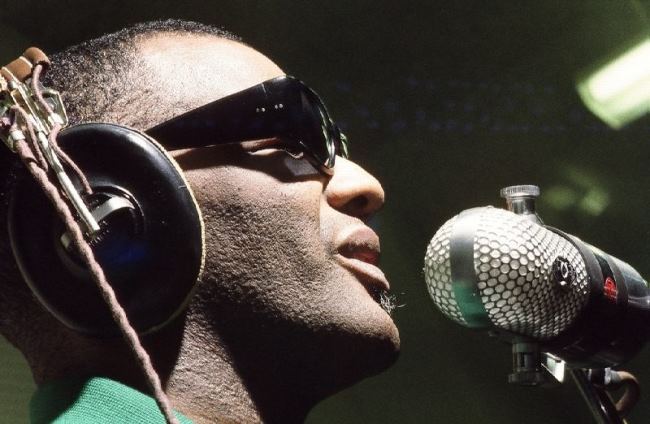 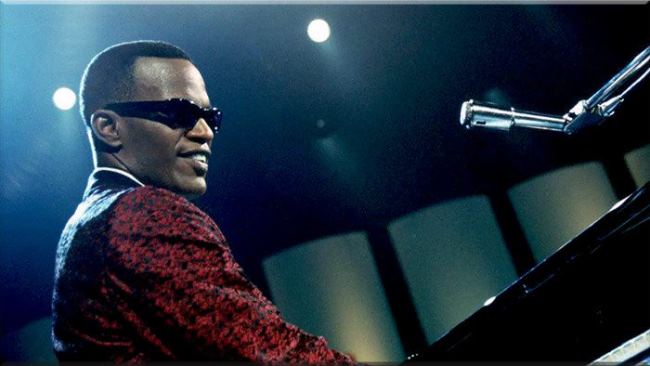 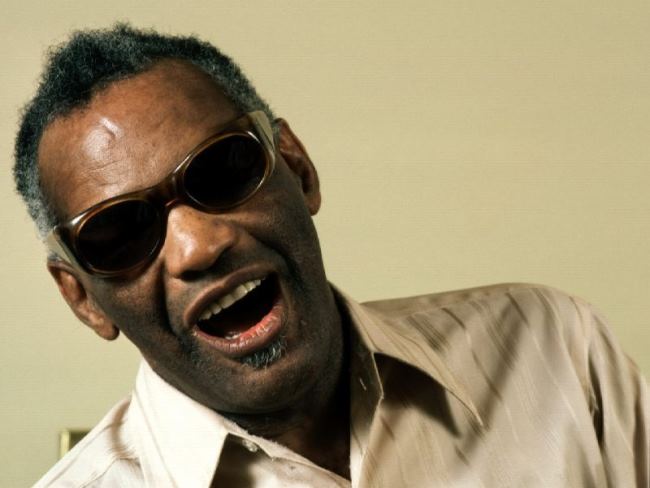