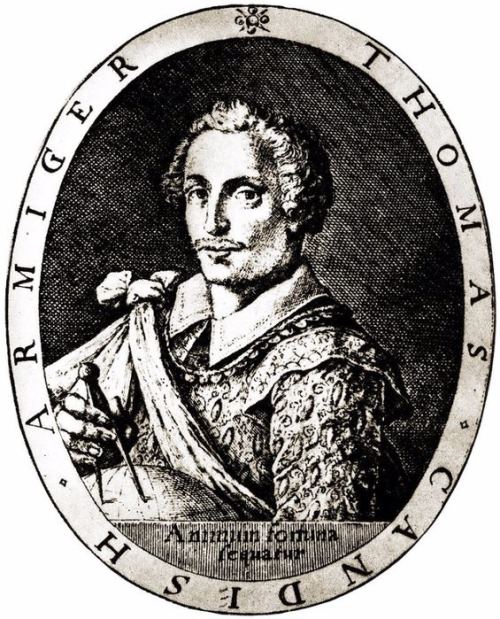 The third round the world voyage in history following Magellan and Drake was made by Englishman Thomas Cavendish. He managed to circle the globe in two years and fifty days. It was a speed record that lasted for two centuries.
Thomas Cavendish was born into the family of a landowner in Trimley Saint Martin near Ipswich (East Suffolk County), where his father had an estate in 1560. Since childhood Thomas wanted adventure, fame and money. At the age of 15, he began studying at the College in Cambridge, which he left two years later. Although he never received a degree, this did not prevent him from being elected to parliament from Shaftesbury (Dorset).
However, Thomas continued to dream of new lands and sea adventures. The dream led to the fact that a physically strong young man joined the royal fleet. When he realized that he had mastered the profession of a sailor well, he became a pirate in the Caribbean Sea. He managed to serve on several filibuster ships, after which he returned home.

Cavendish continued to dream – he was haunted by the glory of Francis Drake, a compatriot who had made a round the world voyage after Magellan. Thomas, following the example of Drake, received a letter of marque, which granted the right to attack and seize the ships of the opponents of England, and decided to go on a voyage around the world.
He bought three small, but high-speed ships, hired a crew of 120 experienced sailors and in July 1586 went on a voyage. In August, a stop was made in Sierra Leone, where pirates made the first attack on civilians. From the coast of Africa, they set off across the Atlantic towards Brazil and the Strait of Magellan.
Remembering the mandate of Queen Elizabeth I, who invested a lot of money in the voyage, the sailors marked unknown islands on maps, favorable currents and contours of the coast. 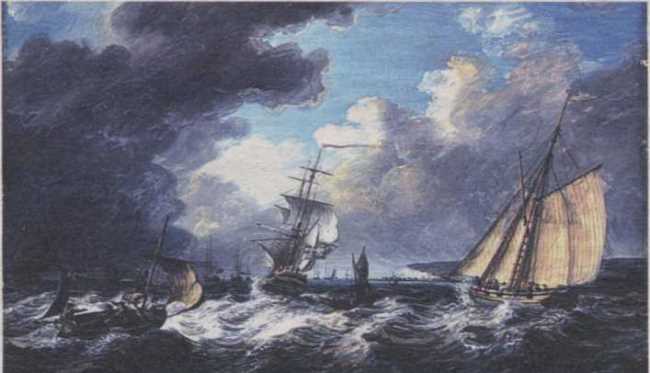 In the area of Rio Gallegos (Patagonia) ships were overtaken by a strong storm. After waiting it in a quiet bay, the sailors rushed into the strait.
After Francis Drake managed to enter the Pacific Ocean through the Strait of Magellan, the king of Spain ordered to build a fort there and thus lock up a narrow space. 400 soldiers landed on the rocky shore, and the construction began. The Spaniards built a fort, which was called the City of King Phillip. However, the settlement on the north coast of the strait could exist only two years. It was impossible to grow anything on stony soil, there was no one to hunt, and there were no fish in the strait. Food and firewood ran out. There were no trees, so they had to collect logs that the sea brought. People began to suffer from scurvy and dysentery, the Indians began to attack the fort. In the homeland of the colonists, they forgot about the small garrison, because the Spaniards were preparing to march against the English.
When Cavendish ships sailed past the fort only twenty people, hungry and dressed in miserable rags, were there. They begged the pirates to take them along as guides. The British took them and large-caliber fortress guns on board.
The Pacific Ocean met the ships with another storm. Having withstood the struggle with the elements, the pirates approached the coast of Chile. There, moving north, they robbed Spanish merchant ships, attacked coastal towns, burned them to the ground. So, they had a lot of goods, but the flagship sailboat was in need of repair.
Having chosen a secluded bay, the vessel was dragged ashore. The team began to change the trim of the rotten bottom. The other two ships were keeping watch at the entrance to the bay. However, the danger came from the other side. A combined detachment of 300 Spaniards and Indians attacked from land. It was possible to repel the attack. The Spaniards and the Indians retreated a few miles and camped, preparing for a new attack. Cavendish decided to deliver a preemptive strike. At the head of 70 sailors, he suddenly attacked the camp of the enemy and turned the enemy to flight. However, the British lost more than 40 people. Therefore, the expedition’s smallest ship was flooded to complete the crew of the flagship. 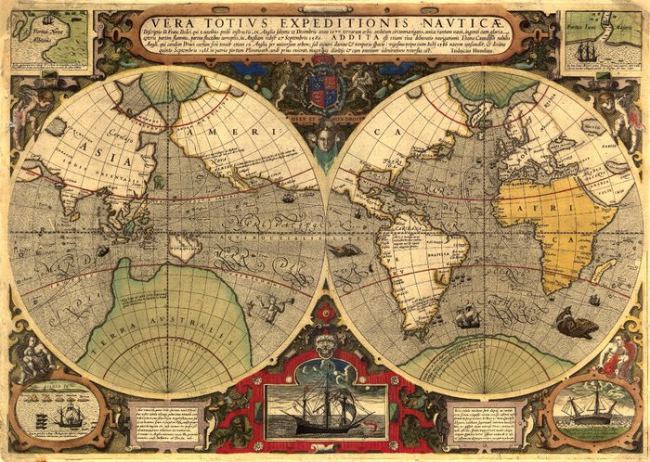 Cavendish again rushed to the north and reached California. With the capture of the next “merchant” the Spaniard Michael Sancius was captured by the British. He told the pirates about the Manila galleon, which transported annual gold production to Madrid. The adventurer not only reported this, but also managed to bargain for himself a twentieth part of the future loot. While waiting for the galleon, the British sank several more Spanish ships, and also plundered and burned the port of Acapulco.
Finally, on November 4, 1587, a huge sail was seen off the coast of California. Pirates rushed in pursuit of the desired prize. The fierce battle lasted five hours. Ultimately, the Spaniards waved the white flag. The pirates took more than 120 thousand pesos of gold, caskets with precious stones, gold and silver bars, Chinese silks, pearls and porcelain, and what not. So, it was possible to return home.
Cavendish led the ship along the path laid by Drake: through Guam, the Philippines, past Java and Sumatra, across the Indian Ocean, after which, having rounded the Cape of Good Hope, along the west coast of Africa one could go to Albion. It took three months to reach the southern tip of the Black Continent. There they were met by a terrible storm – it was not by chance that this place was originally called the Cape of Storms.
On September 9, 1588, an unusual ship with scarlet silk sails entered the port of Plymouth. The masts were covered with satin, standards were with gold and silver embroidery. Thomas Cavendish returned from the round the world voyage. The sailors wore luxurious oriental dresses, each with gold earrings and rings with rubies and emeralds glittered on their dirty fingers.
In just two years, Cavendish squandered all the money and decided to re-organize the round-the-world voyage. Having borrowed money, Cavendish equipped an expedition of five ships. In August 1591, they sailed towards South Africa. However, that time the luck left the navigator. In this voyage, Cavendish died, as they said, from anguish, adversity, and remorse. At the time of his death he was only 32 years old. 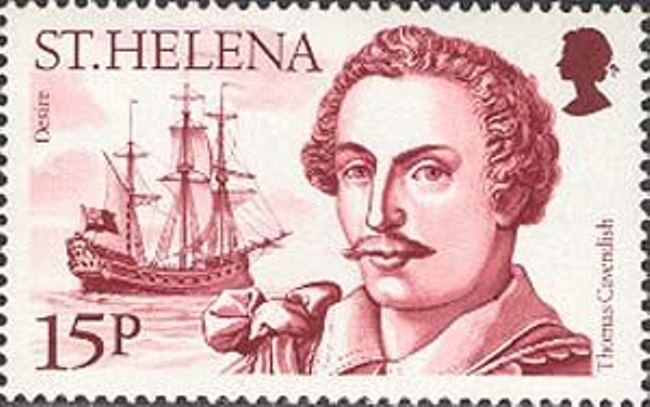