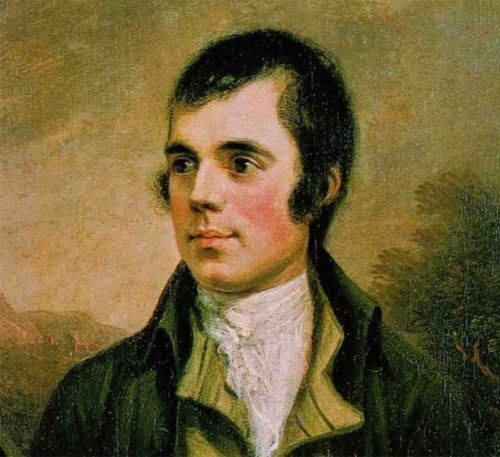 Robert Burns was born on January 25, 1759 in Alloway, Scotland into a family of poor farmers. He was the eldest of seven children. His house is now a museum.
From a very young age Burns was a fanatical reader. His mother sang to him the songs and ballads of Scotland, and his mother’s friend Betty told the boy many fantastic tales about ghosts, fairies and witches. Later, Burns turned many of these stories into poems.
Robert helped his parents on the farm.
At the age of sixteen he began to write poetry. He wrote about love, the countryside, the life of working people, and his love of Scotland. Handsome Nell, his first love song, was dedicated to the girl who helped him in the fields.
In 1784 his father died in bankruptcy, and the family then moved a few miles away to Mossgiel.

Burns was in love with Mary Campbell, the ‘‘Highland Mary’’ of his lyric, but she died in 1786, apparently in giving birth to his child.
In 1786, Burns decided to publish some of his poems. His book Poems in the Scottish Dialect was a great success. 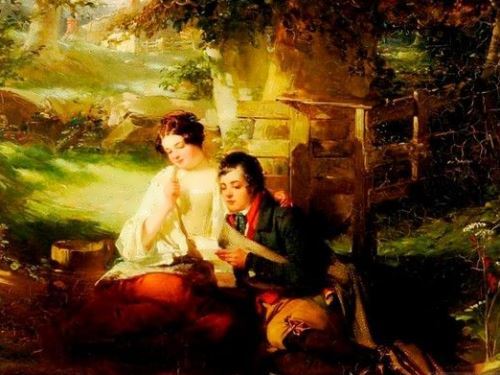 Burns with one of his girlfriends

In 1784 Burns fell in love with Jean Armour and they got married four years later, in 1788. The young poet dedicated many beautiful poems to the girl he loved. Jean and Robert had nine children, but only three of them survived.
Burns died of heart disease on July 21, 1796. He was only 37 years old.
On January 25 people all over the world have evening of music, poetry, food and drink. They celebrate the birth of Scotland’s greatest poet. Burns Supper, as the Scots themselves called this fest, is a national holiday in Scotland.
Auld Lang Syne is Burns’ most famous song. 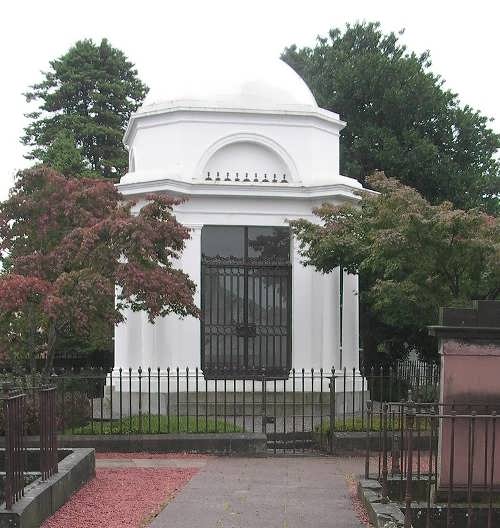 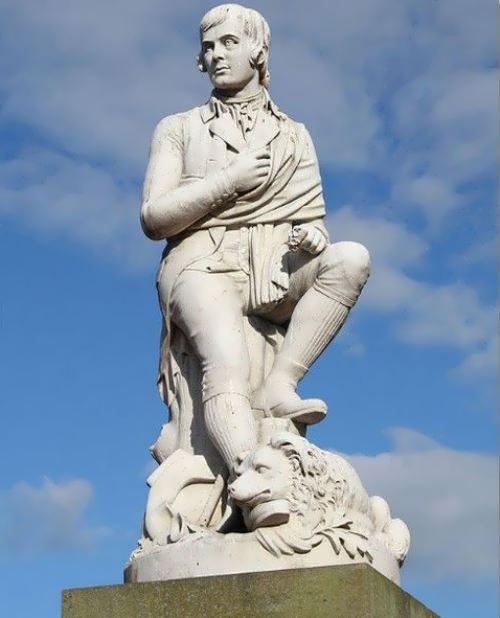 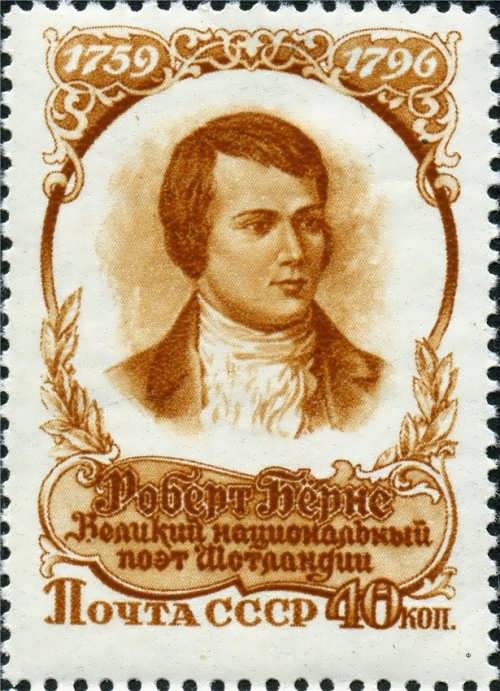 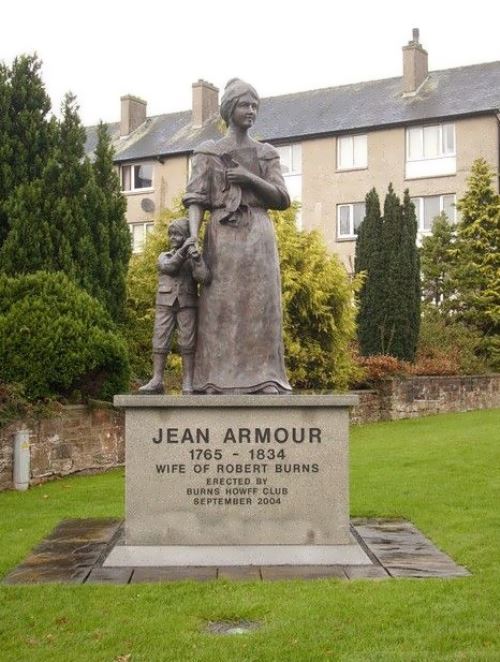 The monument to his wife – Jean Armour 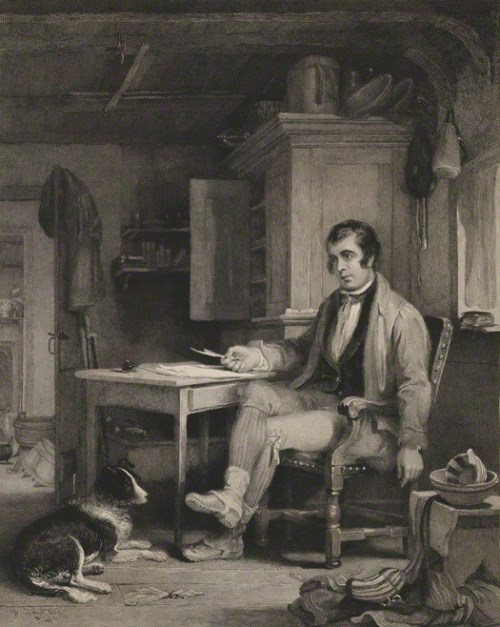 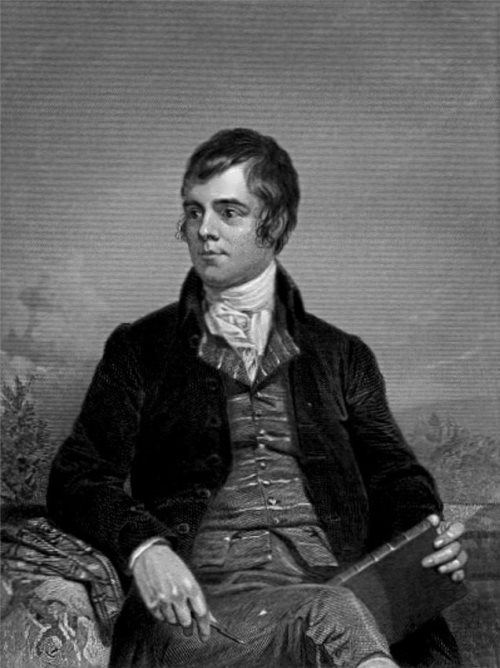 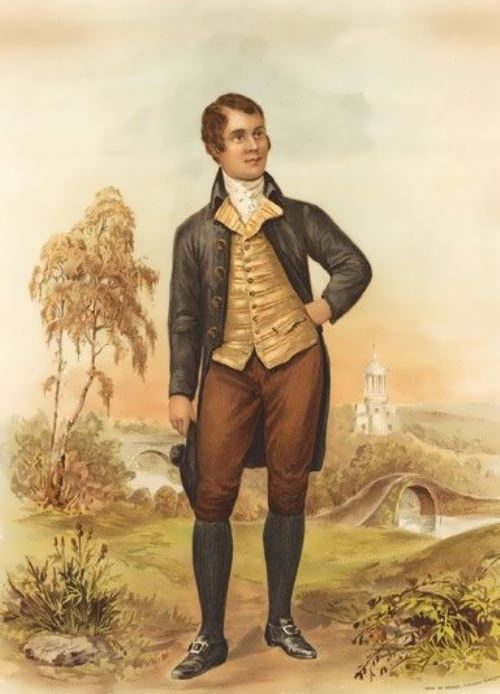