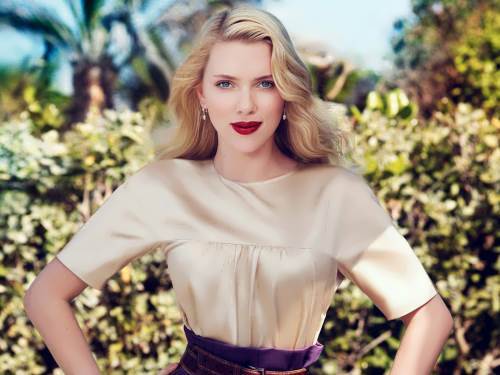 Scarlett Johansson is an American actress and singer. The role of Natasha Romanova / Black Widow brought her the greatest popularity. In 2004 she was a winner of BAFTA Award in the category Best Actress for her role in the film Lost in Translation. In 2010 Scarlett received Tony award as Best Supporting Actress in the play View from the Bridge. In 2012 she was awarded Honorary Cesar Award.
Scarlett Johansson was born on November 22, 1984 in New York, USA. Her father, Karsten Johansson, is an architect, a native of Denmark, son of the writer, screenwriter and director Ejner Bainkamp Johansson. Scarlett’s mother, Melanie Sloan, comes from a Jewish family. Scarlett has an elder brother Adrian (born in 1976), an elder sister, actress Vanessa (born in 1980), twin brother Hunter (born in 1984), as well as elder half-brother Christian from a previous marriage of her father. After her parents’ divorce, Scarlett lived in two cities – New York and Los Angeles.

She wanted to be an actress since age 3, and was acting professionally when she was only 8 years old.
In 1992 Scarlett took part in off-Broadway play Sophistry, where she played with Ethan Hawke.
At the age of 9 she began acting in films and at the age of 11 she played with Sean Connery.
In 2001, Scarlett starred in An American Rhapsody, a Hungarian film about a girl who escapes from behind the iron curtain in the 1950s.
In 2002 she graduated from The Professional Children’s School in Manhattan (private school specializing in educating students who are simultaneously pursuing artistic careers).
Her first film role was in the movie North, where she played with the young Elijah Wood. 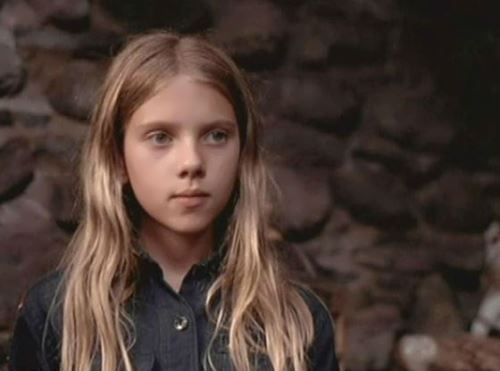 Scarlett Johansson in her childhood

In 1996, Scarlett played her first main role in Manny & Lo, for which he received a nomination for the Independent Spirit Awards as best actress.
The role of Grace McLean in Robert Redford’s The Horse Whisperer in 1998 brought the actress first popularity in the United States.
In 2003 Johansson played in the film Girl with a Pearl Earring and was nominated for Golden Globe and BAFTA.
In 2005, Scarlett starred in two radically different films: big-budget sci-fi thriller Island directed by Michael Bay and Woody Allen’s chamber history Match Point.
In 2006 she played in Woody Allen’s film Scoop and Brian De Palma’s The Black Orchid.
The actress also played in a historical drama The Other Boleyn Girl along with Natalie Portman and Eric Bana.
On May 20, 2008 Johansson debuted as a vocalist with her first album, Anywhere I Lay My Head. In September 2009 she released the album Break Up, which she recorded with Pete Yorn in 2006. 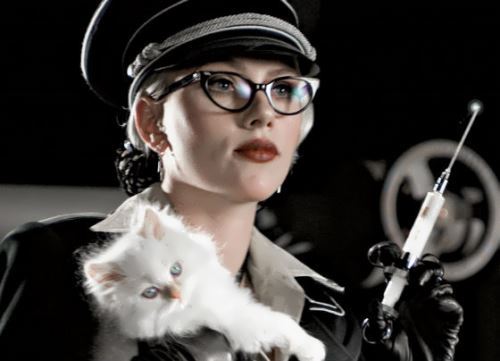 The actress’s mother, Melanie Sloan, was her daughter’s manager since her debut at the age of nine. In November 2009, Scarlett fired Sloane and hired well-known Hollywood agent Rick Yorn (Pete Yorn’s brother), who works with Leonardo DiCaprio, Justin Timberlake and Cameron Diaz.
Johansson has her own star on the Hollywood Walk of Fame.
In 2006 the actress signed a contract with L’Oreal.
Scarlett starred in music videos for the songs of Bob Dylan and Justin Timberlake. 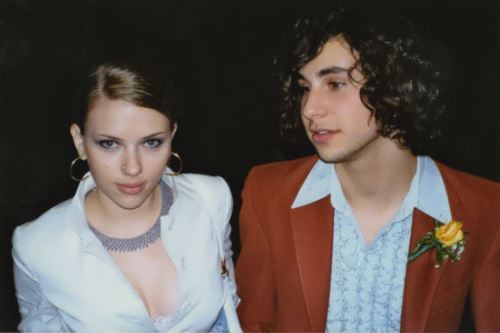 Scarlett had love affairs with Jared Leto and Benicio del Toro (who is 17 years older than Scarlett).
She dated actor Josh Hartnett, but in late 2006 the couple broke up. 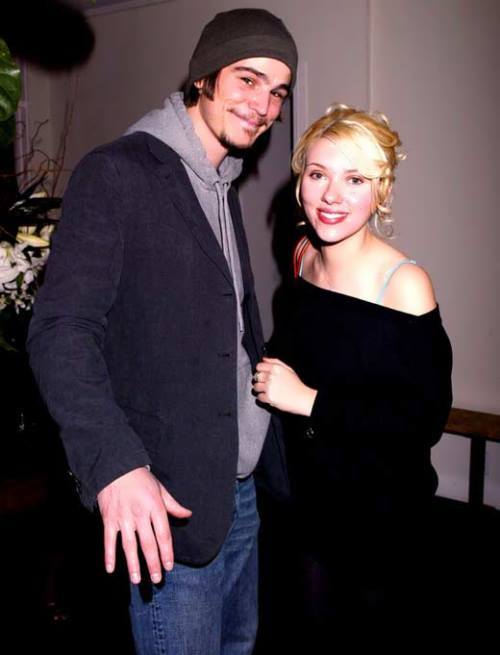 They say she had a relationship with Mark Wahlberg and Justin Timberlake.
On September 28, 2008 Johansson married Ryan Reynolds. On December 14, 2010 they announced their divorce.
On October 1, 2014 Scarlett married journalist Romain Dauriac. Their daughter Rose Dorothy was born on September 4, 2014. 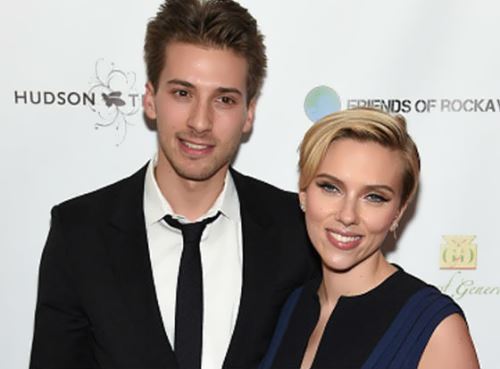 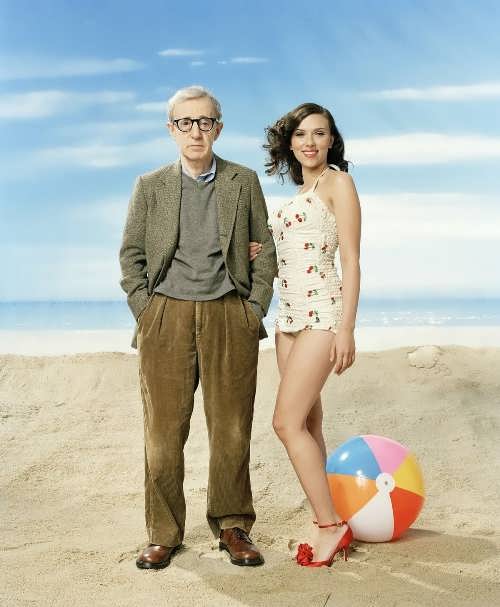 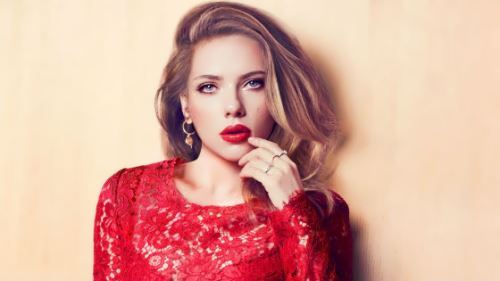 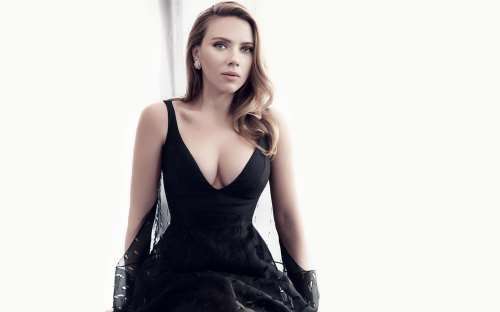 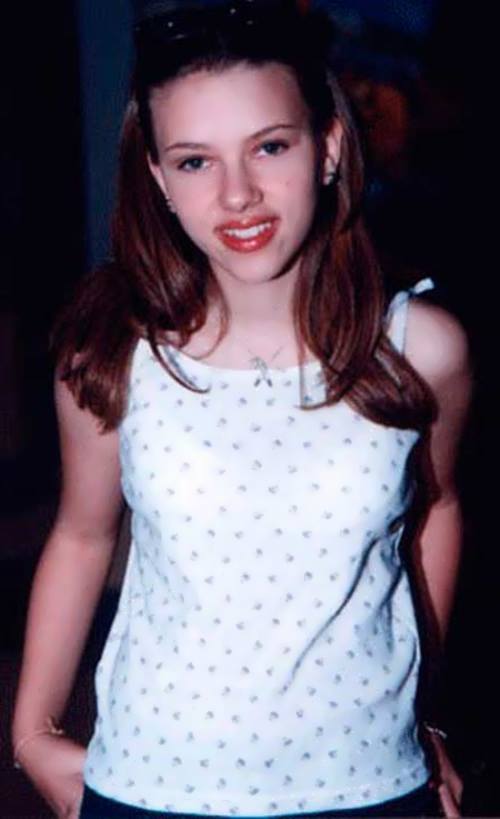 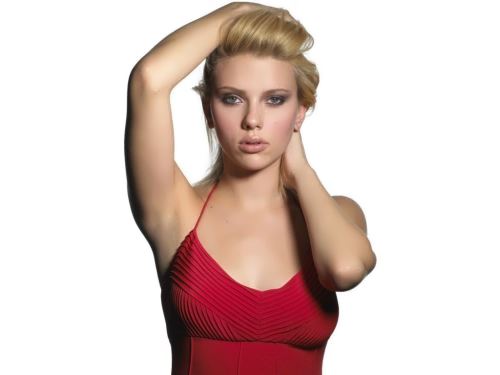 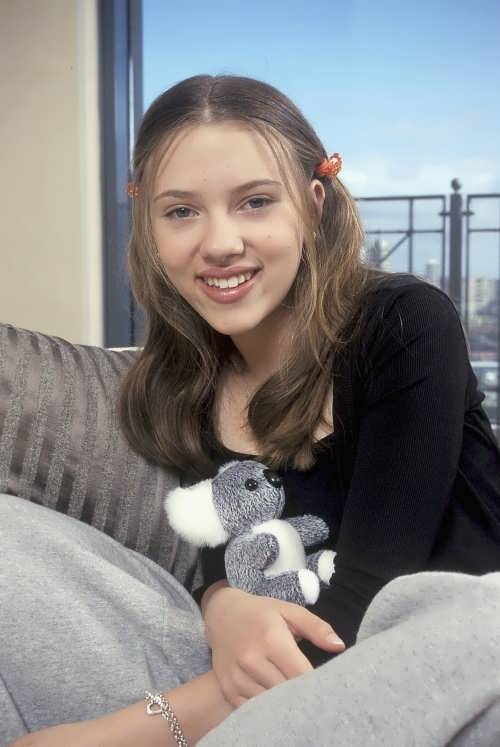 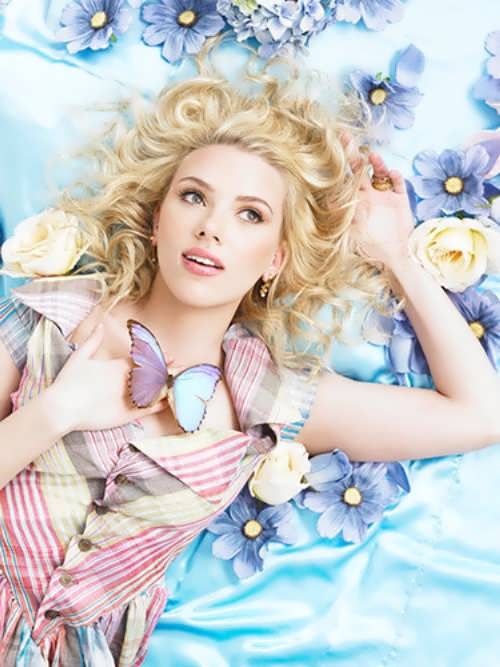 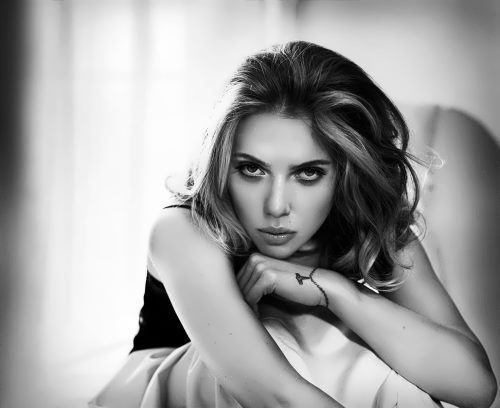 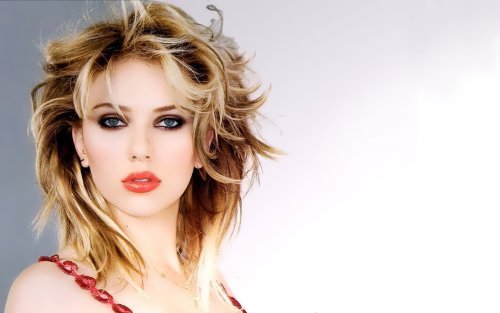 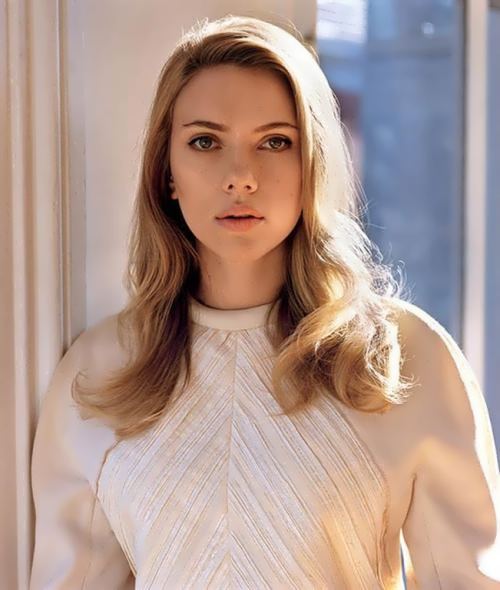 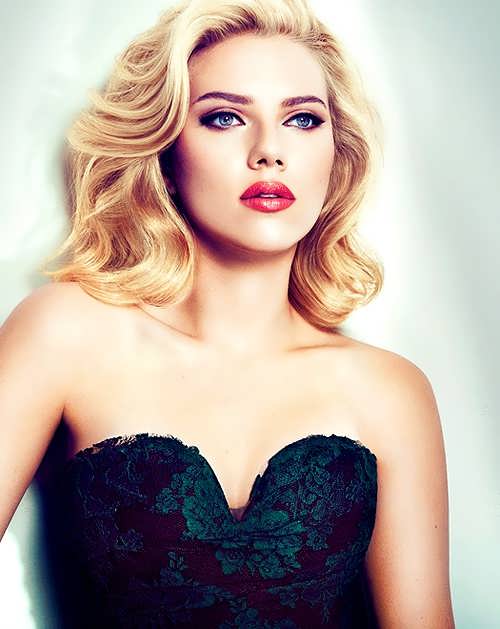 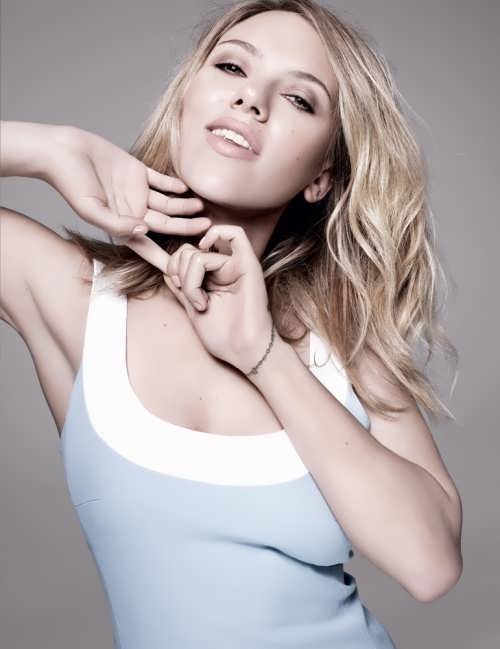 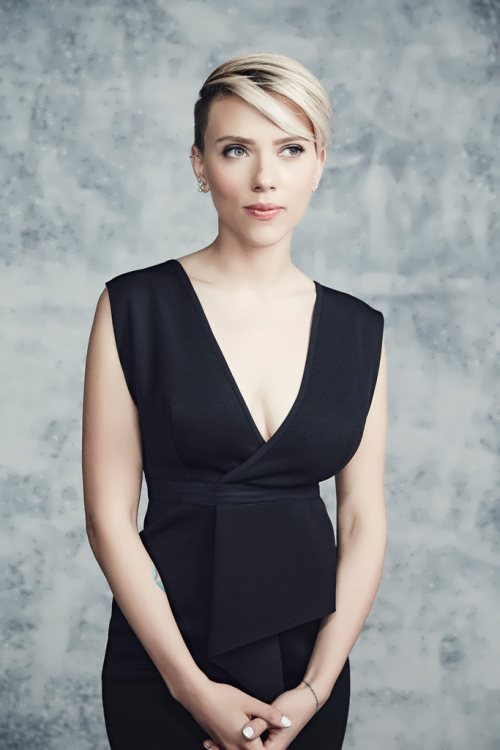 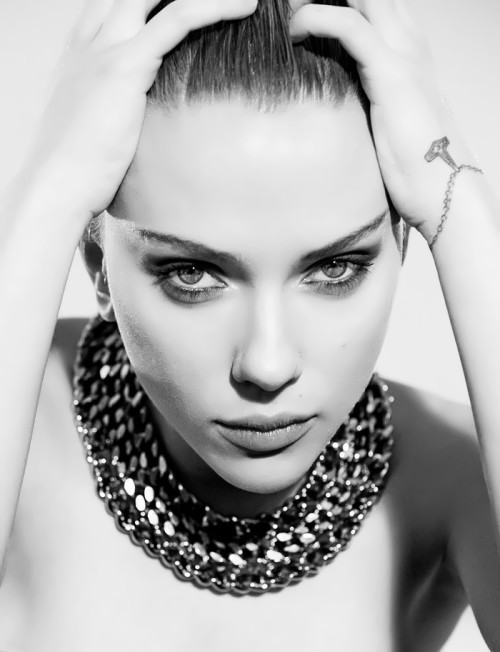 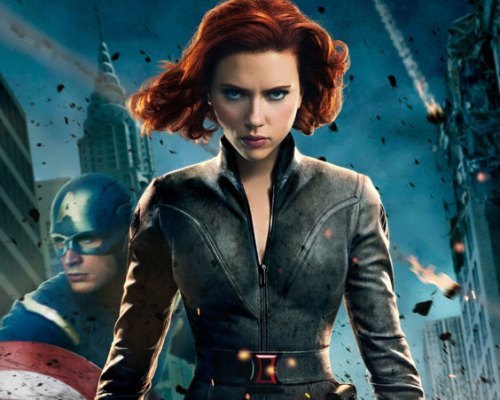 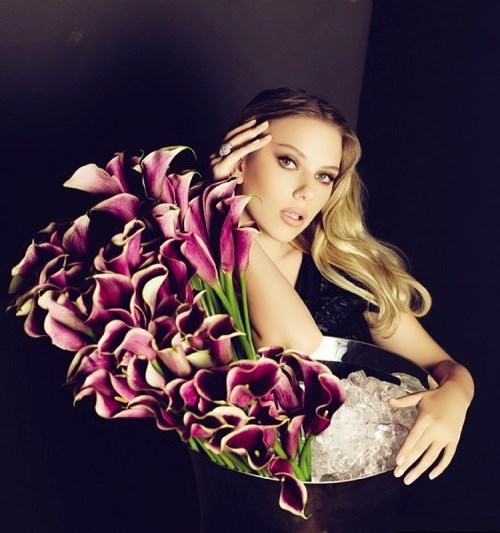 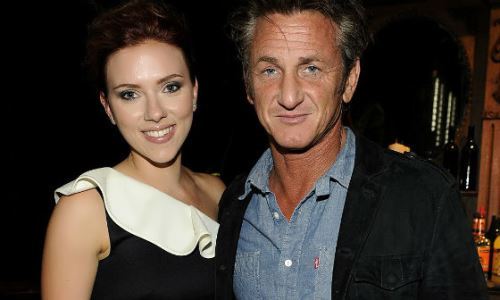 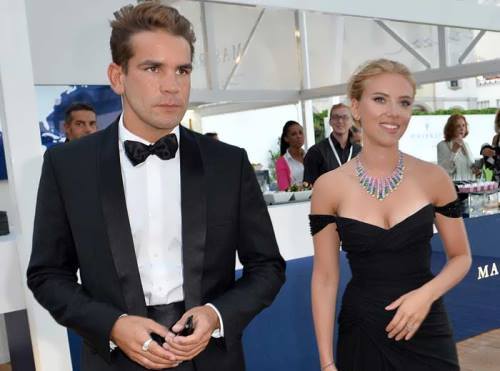 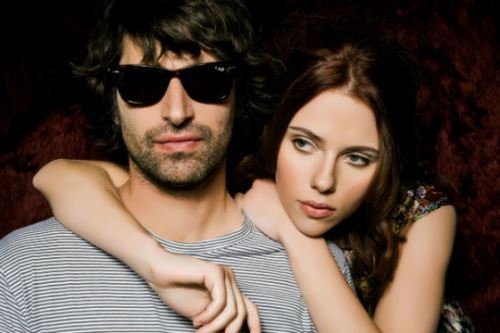 In 2007 Scarlett Johansson and Pete Yorn recorded a collaborative album 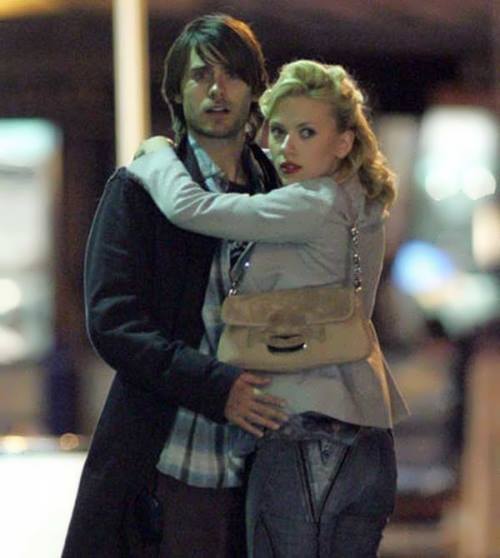 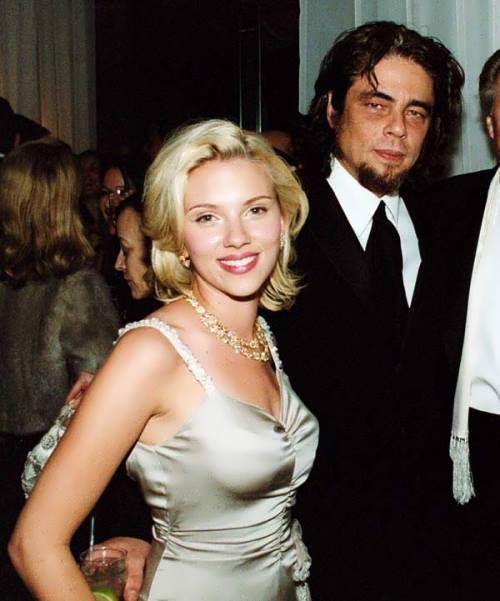 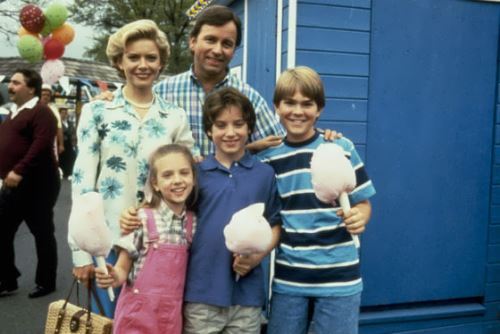 Little Elijah Wood and Scarlett Johansson in the film North