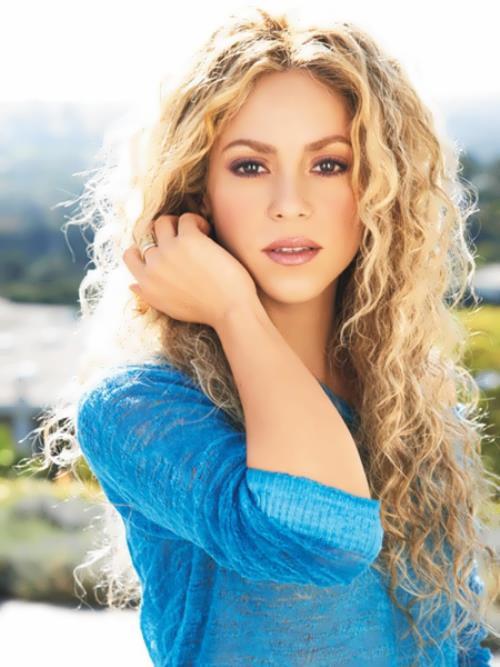 Shakira is an internationally famous singer, songwriter, dancer, music producer, choreographer and model, widely known as the most successful Latin American singer. Shakira has won many awards, including five MTV Video Music Awards, two Grammy Awards, eight Latin Grammy, seven Billboard Music Awards, twenty-eight Billboard Latin Music Awards and a nomination for the Golden Globe. She has a star on the Walk of Fame, and is one of the best selling artists of all time.
Shakira Isabel Mebarak Ripoll was born on February 2, 1977 in Barranquilla, Colombia to a Lebanese father and a Colombian-ltalian mother. Shakira is the youngest sibling of her parents’ eight children. She wrote her first song at age eight. When the girl was thirteen years old her family moved to Bogota. One year later she released her first album, Magia (Magic). The album was a compilation of songs that she had written between the ages of 8 and 13. Her second album Peligro (Danger) was moderately successful.

Shakira played a role in a Colombian telenovela El Oasis.
In 1995 she returned to the music business with the album Pies descalzos (Barefeet). It established her commercial success. The album soared up to number one in eight countries and sold over four million copies.
Her next album Donde estan los ladrones? (Where are the thieves?) was a huge production, which many consider to be her best album ever. The album became multi-platinum in the U.S., Argentina, Colombia, Chile, Central America, Mexico and platinum in Spain. Then came a Grammy and two Latin Grammys, the key TV appearances, the brave new world of Shakira, the star.
She was named Latin Female Artist of the Year at the World Music Awards in Monaco. She was choosen as the cover girl for Time Magazine. 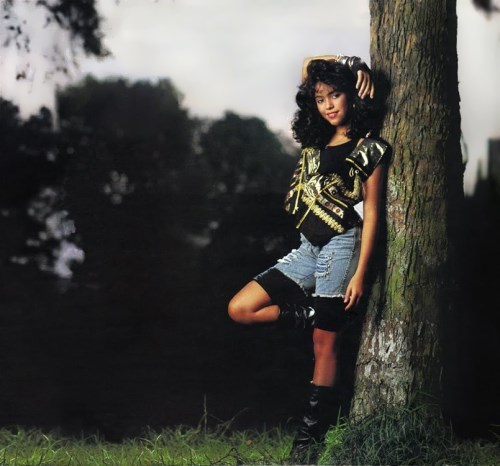 The singer in her youth

Shakira is well known for intense, athletic performances involving belly dancing and Arabic rhythms. She is one of the poetic songwriters of her generation and considered the best female lyricist in Latin America.
The singer is considered by many to be a great talent. Winner of a Grammy for Best Latin Pop Album, Shakira is perhaps the most recognizable and certainly the most intriguing voice in Latin pop/rock today.
In early 2008, Forbes named Shakira the fourth highest paid singer in the music industry.
In January 2009, she performed at the Lincoln Memorial with We Are One at the festival in honor of the inauguration of President Barack Obama. She sang with Stevie Wonder and Usher.
She became a sensation on YouTube, surpassing the 1 billion views on the website with Waka Waka, counted more than 550 million views. She is the third person who was able to do it after Lady Gaga and Justin Bieber. In March 2014, Shakira announced that she had the most followers on Facebook and 86 million “likes”.
In 2010 Shakira has launched new line of beauty «S by Shakira» with the parent company Puig.

Personal life
In 2000, she was engaged to Argentine lawyer Antonio de la Rua, the son of the former President of Argentina. In a 2009 interview, Shakira said that they had a serious relationship as a married couple, and “they did not need this paper”. On January 10, 2011 Shakira announced that after 11 years together, she and de la Rua broke up in August 2010. 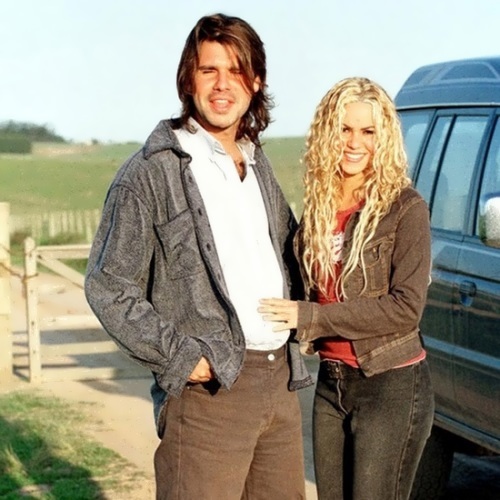 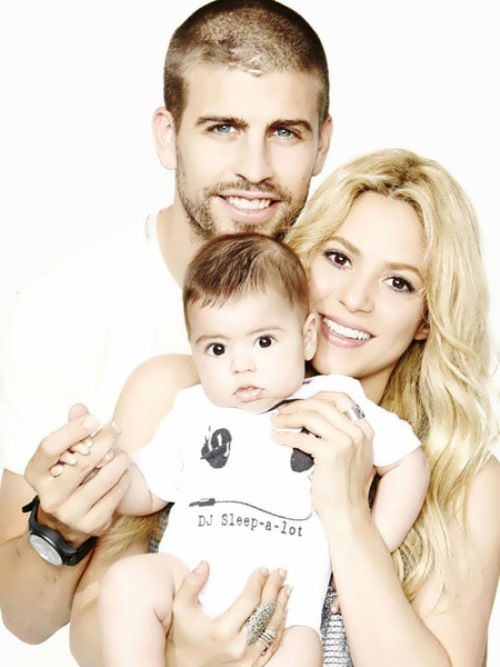 Shakira and her family

Interesting facts
– Her name is Arabic for “woman full of grace”.
– The song “Ojos asi” has a verse in Arabic.
– Shakira doesn’t eat candy, drink alcohol or drink coffee.
– She doesn’t smoke.
– Shakira’s favorite thing to paint is “fried eggs”.
– The singer speaks Spanish, English, Portuguese, Italian, and Catalan. She also speaks some French and Arabic.
– In her spare time she likes to sculpt in clay.
– She plays the guitar as well as harmonica.
– At the age of 5 she wrote her first poem dedicated to her mother – La Rosa de Cristal.
– When she was in high school, her music teacher refused to take her to the choir, since, according to him, she sang like a goat.
– She was the first Colombian to won a Grammy in 2001.
– Her IQ is 140.
– Her favorite flowers are daisies and sunflowers. 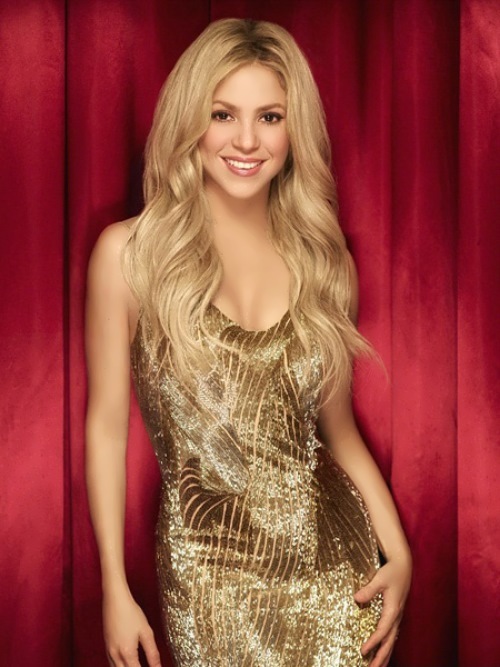 The most successful Latin American singer 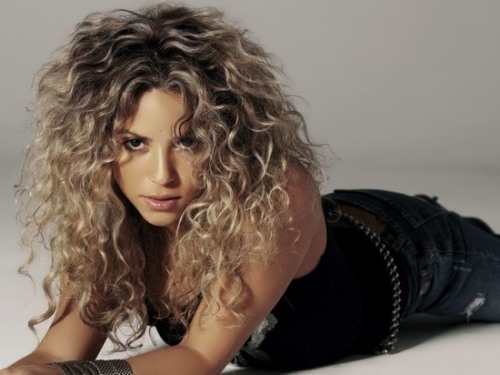 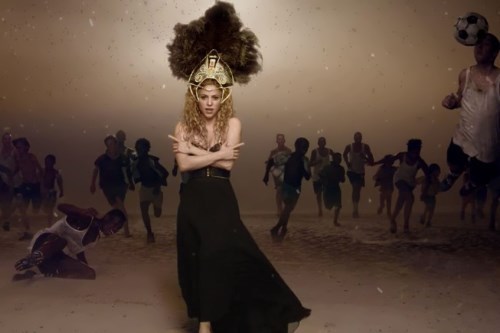 It is Time for Africa

Shakira and her star on Walk of Fame 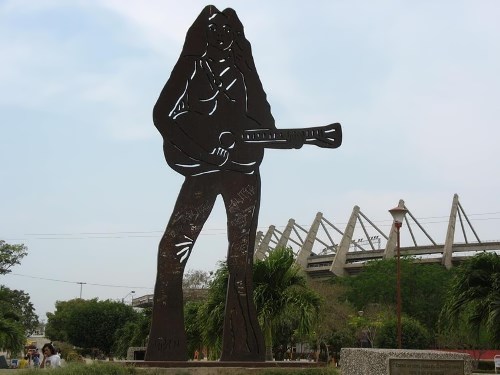 Statue of Shakira in Barranquilla, Colombia 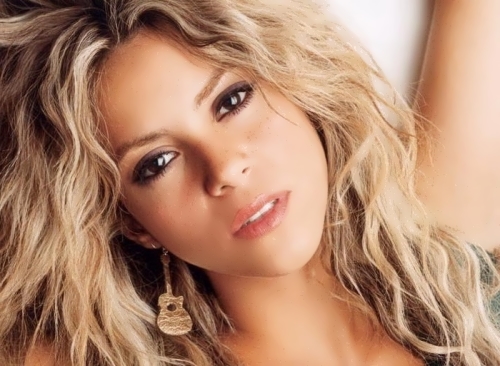