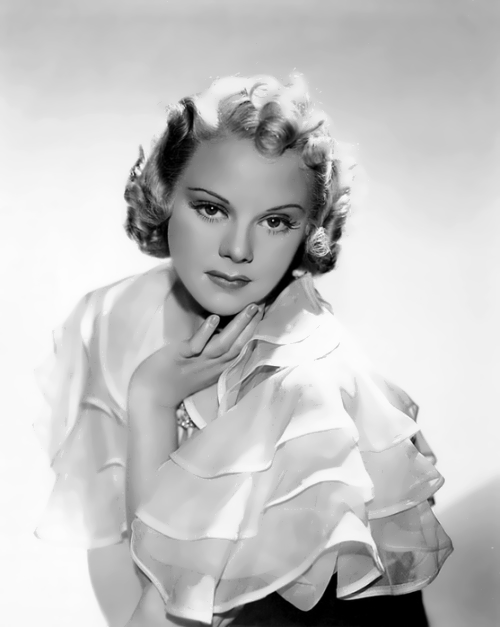 Sonja Henie was a Norwegian figure skater, one of the greatest athletes. She was the first skater to perform spins and jumps. She was the first superstar among figure skaters, and the first—and still only—woman to win three Olympic gold medals in figure skating (1928, 1932, 1936).
Sonja was born on April 8, 1912, in Oslo, Norway. Her father was a wealthy salesman and a former amateur cycling champion, and her mother had a fortune of her own.
She started to ice skate when she was five years old. At age nine, Sonja won her first skating competition. Her family decided that Sonja should start to train seriously. Her father helped her, and she won her first national championship. Sonja was only 11 years old when she represented Norway in the Olympics in 1924. She finished in last place, but she got a lot of attention because she was so young. In 1927, at the tender age of 14, she won the first of ten consecutive world championships.

She became a world champion and won a gold medal at the 1928 Olympics. She won two more gold medals in 1932 and 1936. Between 1917 and 1936, Sonja Henie won a total of 1,473 awards.
Sonja was profoundly influenced by Russian great Anna Pavlova’s artistry, and she tried to incorporate ballet-style choreography into her skating routines. So, Henie introduced music and choreography to skating.
In 1936, Sonja moved to Hollywood where she appeared in several movies. Most notably was One in a Million, the story of a skater’s rise to Olympic glory, and Thin Ice.
At age 26, she was a millionaire. She became the richest athlete of her time. Henie popularized the sport and served as a role model for American skaters, including Dick Button, Tenley Albright and Carol Heiss.
In 1968, Henie and her third husband opened an art center outside of Oslo. This multimillion-dollar center contains most of her awards and her art collection.
Sonja Henie died on October 12, 1969 of cancer at the age of 57. 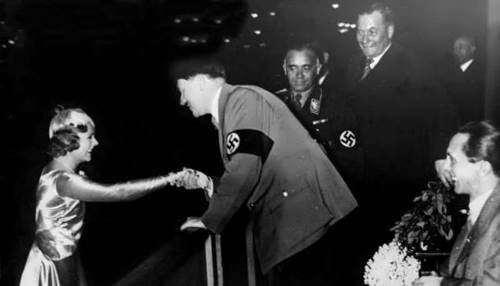 Personal life
Henie married three times. All her husbands were millionaires.
In 1940 she married Daniel Reid Topping. Six years later they divorced.
In 1949 Sonja married Winthrop Gardiner, Jr. They divorced in 1956.
In the same year she married Niels Onstad. 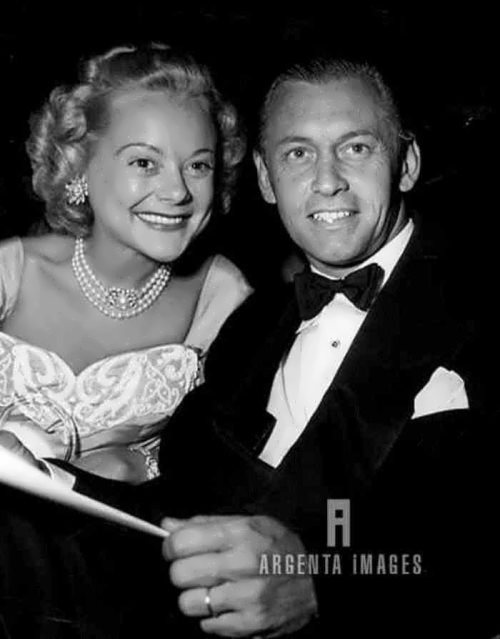 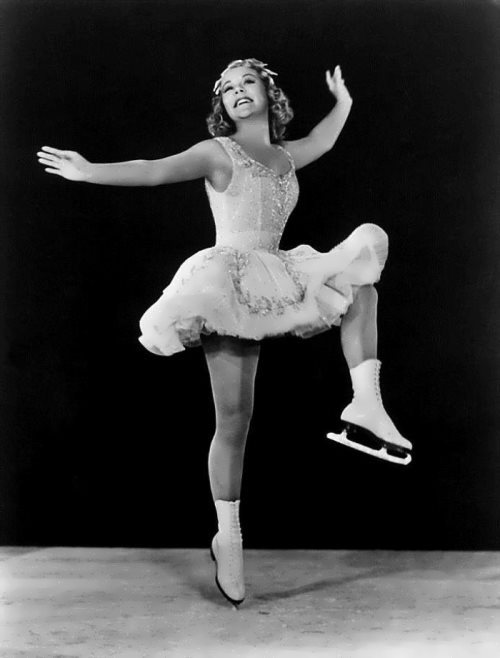 Sonja in The Hollywood Ice Revue 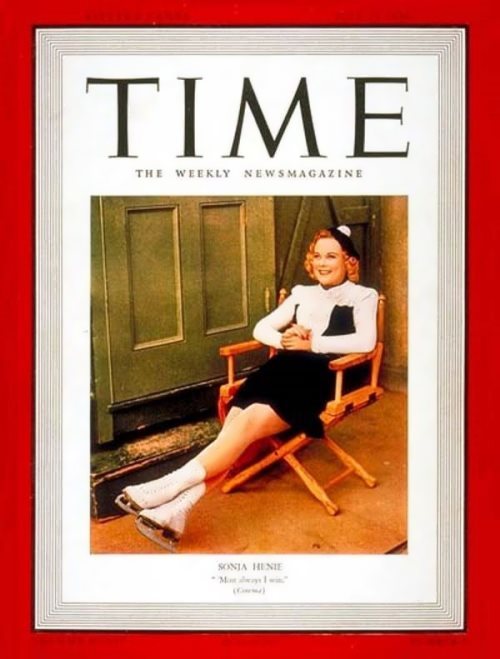 Henie on the cover of Time magazine 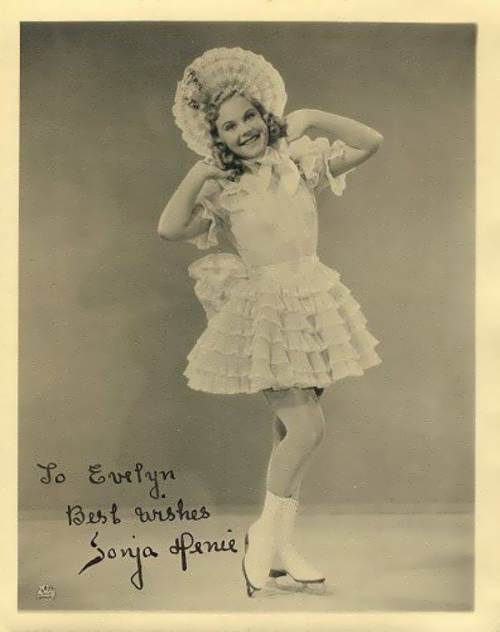 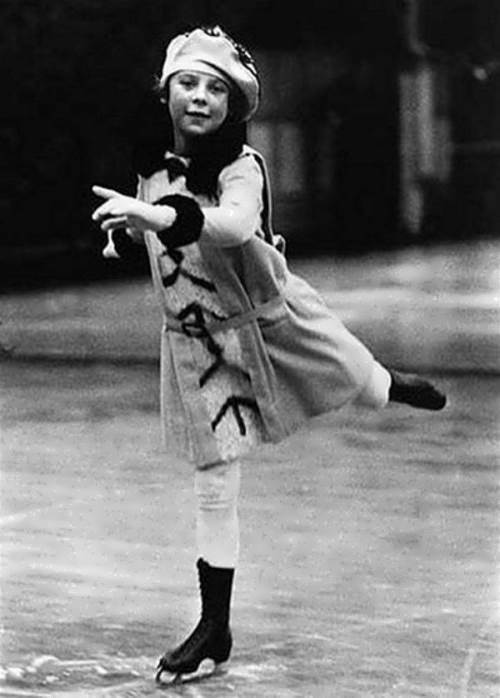 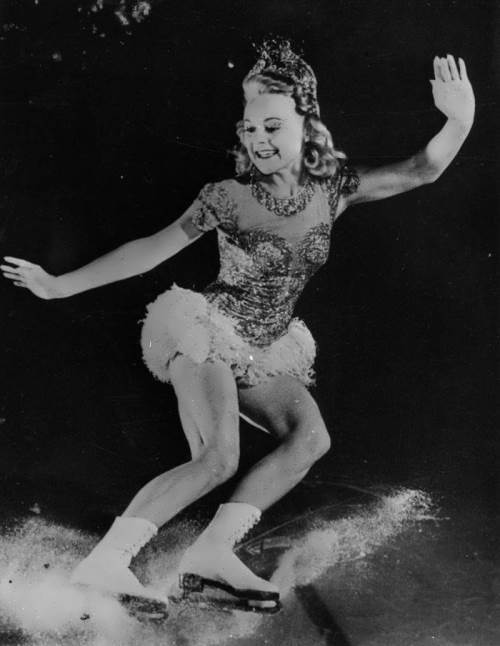 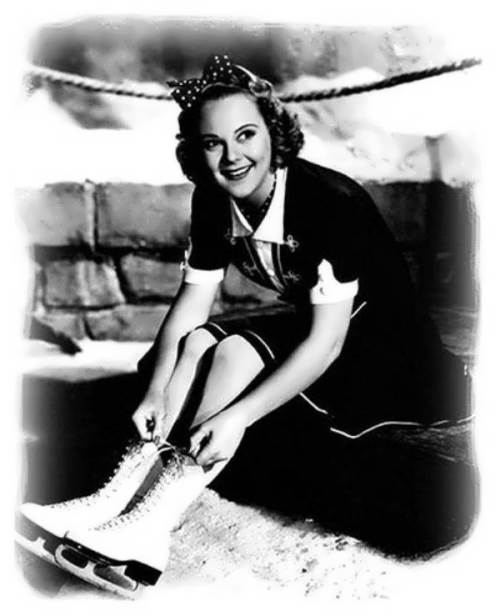 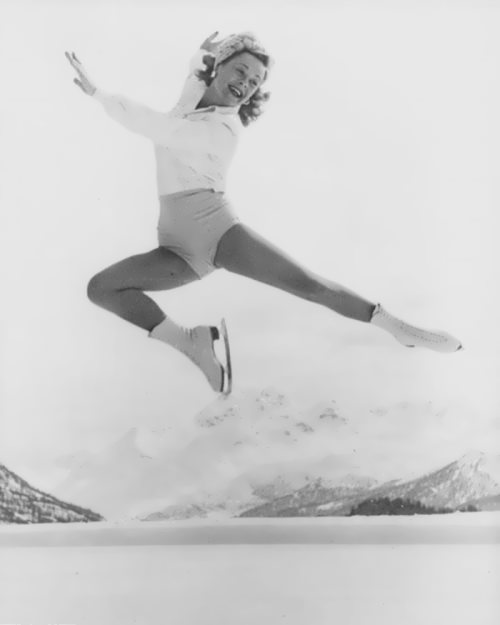 Henie – the legend of skating 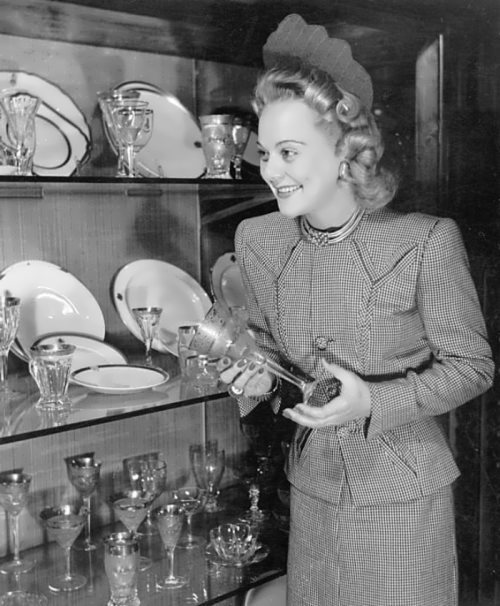 Henie – one of the greatest athletes 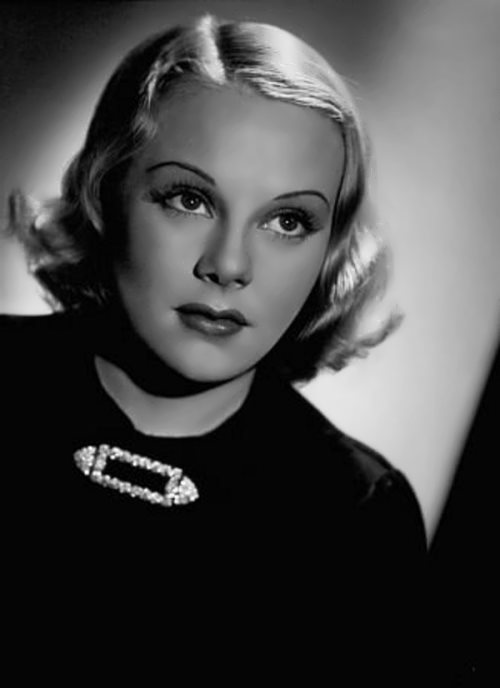 Sonja Henie was a big star