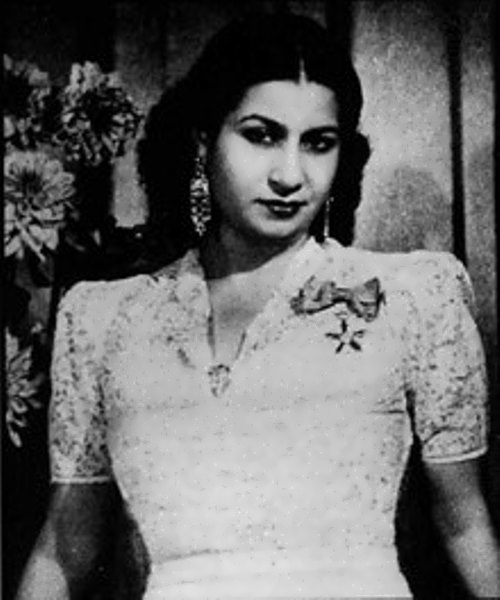 Umm Kulthum is called “the voice of Egypt.” She was one of the most famous singers of the Arabic-speaking world in the twentieth century.
Umm was born on May 4, 1904 in a small village in Egypt into a poor family. Her father was the imam, or prayer leader at the local mosque. He sang religious songs for weddings and other celebrations to earn extra money. She had an older brother, Khalid, and sister, Sayyida. The father taught his children to sing. Umm’s voice was exceptionally strong and clear. Soon the girl became the star singer. But she had to dress as a boy because her father thought it was wrong for a girl to sing in public.
In 1923, the family decided to move to Cairo from their village of Tammay al-Zuhayra. In the beginning, Umm sang the religious songs. Then she decided to compete with the other famous singers of the time and started to sing modern love songs. Al-Shaykh Abu’l-Ila Muhammad became her main teacher. Her voice attracted a well-known poet, Ahmad Rami, who became her teacher and lifelong mentor.

In 1924 her first commercial recordings appear on Odeon label.
By 1928, she was the most popular professional singer in Cairo.
In 1932, Umm went on the first international tour – she visited Damascus, Baghdad, Beirut and Tripoli.
In 1934, Umm and Muhammad Abd al-Wahhab opened the first national Egyptian Radio station.
In 1935, she began to work on the first of six films. In 1936, she made her first musical, Widad.
Once one of the king’s uncles proposed marriage to her. However, the royal family did not agree to the marriage, and she was deeply hurt. Soon after, she married one of her musicians, but the marriage only lasted a few days. Finally, in 1954, she married Hasan al-Hifnawi, who was one of her doctors.
In 1956, Kulthum performed “Wallahi Zaman, ya Silahi”, which became the Egyptian national anthem.
In 1966, her only concert outside the Arab world took place in Paris.
In 1970, Umm Kulthum came to the USSR. However her concert did not take place, as in Egypt, Gamal Abdel Nasser died and she immediately returned to Cairo.
Umm Kulthum died on February 3, 1975 in Cairo. 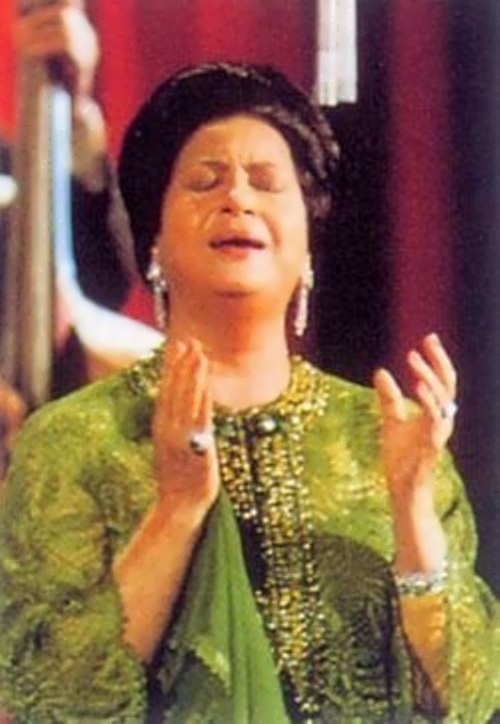 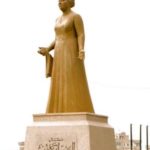 Monument to Um Kulthum in Cairo

Umm Kulthum – most important Arab musician of her time 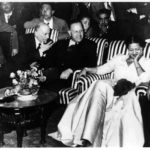 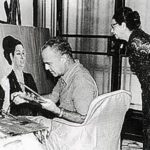 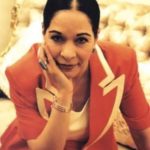 Umm Kulthum – most important Arab musician of her time 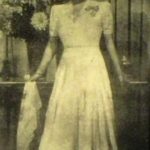