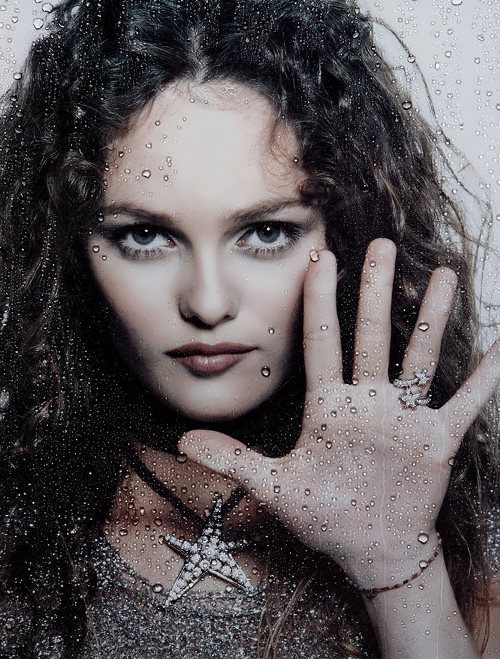 Vanessa Paradis is a French actress, singer and model.
Vanessa Chantal Paradis was born on December 22, 1972 in Saint-Maur-des-Fossés, Paris. She was born to filmmakers André and Corinne Paradis. Vanessa has sister Allison Paradis, who also became an actress. Since childhood, Vanessa was fond of singing and dancing. At the initiative of her uncle, actor and producer Didier Payne, 7-year-old girl appeared on French television in a TV contest L’école des fans with the song Emilie Jolie. In 1987, at the age of 14, Vanessa won European fame with the song Joe le taxi. The following year she released her debut album M&J, which became platinum.
In 1989, Vanessa made her debut in the film Noce Blanche by Jean-Claude Brissot where she played the main female role. It is said that this role brought the actress the hate of French female population for erotic scenes. For five years Vanessa didn’t play in films, but recorded three albums Variation Sur Le Même T’aime (1990), Vanessa Paradis (1992), Vanessa Paradis Live (1994).

In 1995, she re-appeared on the screen in the film Elisa by Jean Becker, along with Gerard Depardieu.
In 1997, the actress played in the comedy Witch Way Love by Rene Manzoni, along with Jean Reno. In the following year Jean-Paul Belmondo and Alain Delon became her partners in the film Une chance sur deux (1998).
In 1999, she appeared in the film The Girl on the Bridge.
In 2000, Vanessa released her new album Bliss, which was followed by a tour Vanessa Paradis au Zenith. 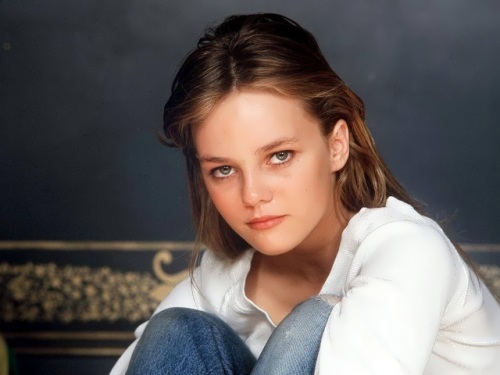 Personal life
In 1988 Paradis dated Florent Pagny, who was 9 years older than her. They were together for 3 years.
During the recording of her third album Vanessa had a love affair with Lenny Kravitz. The couple was together for 5 years, but they broke up in 1997.
Since 1998 Vanessa had a relationship with actor Johnny Depp. They have two children – daughter Lily-Rose Melody (born on May 27, 1999) and son Jack Christopher (born on April 9, 2002). In June 2012 the couple broke up. 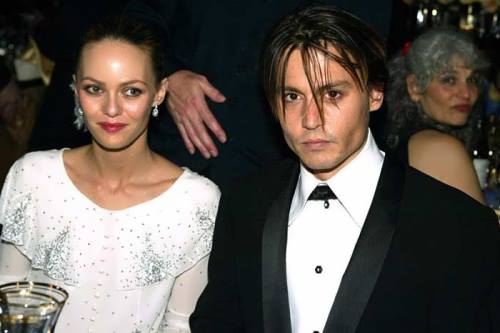 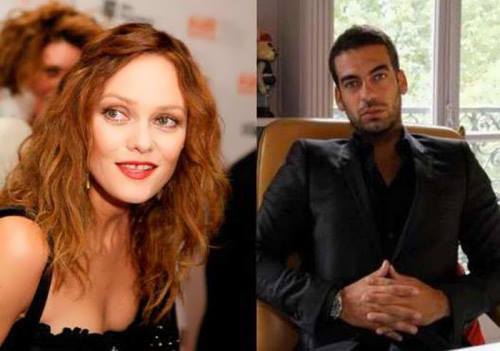 In autumn 2012 it became known about her new boyfriend – singer Benjamin Biolay. They were together for two years. 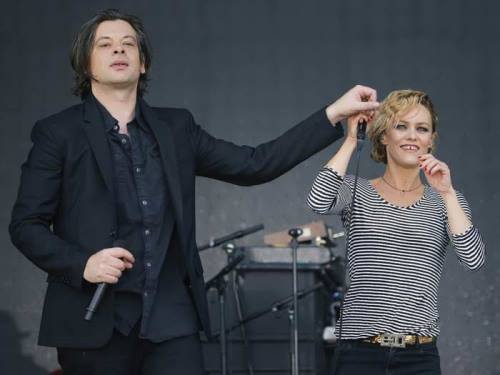 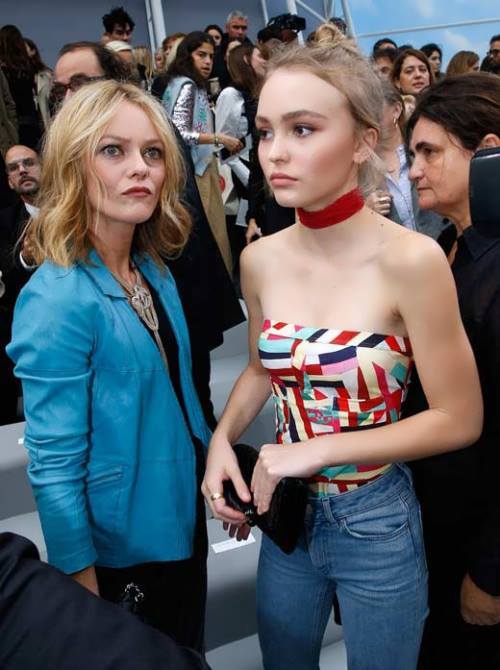 Vanessa and her daughter 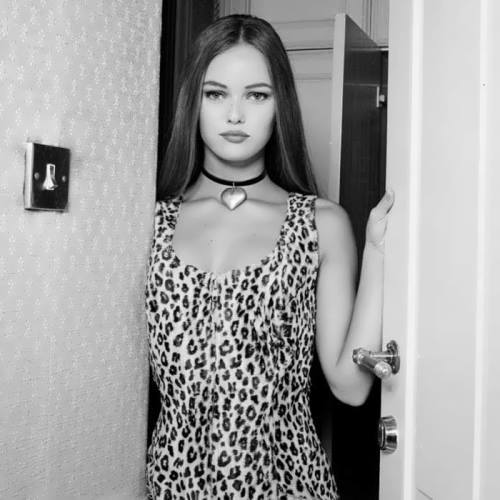 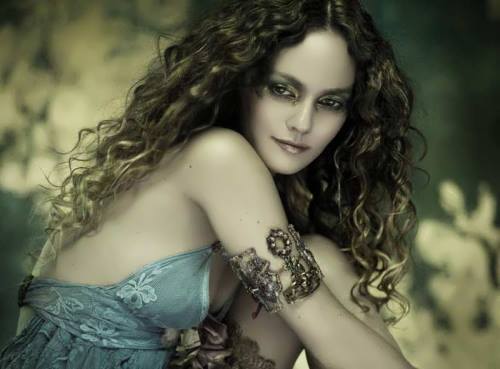 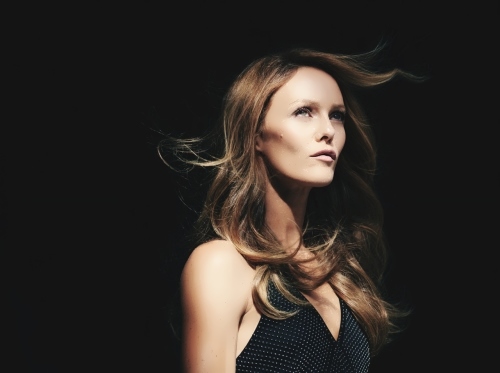 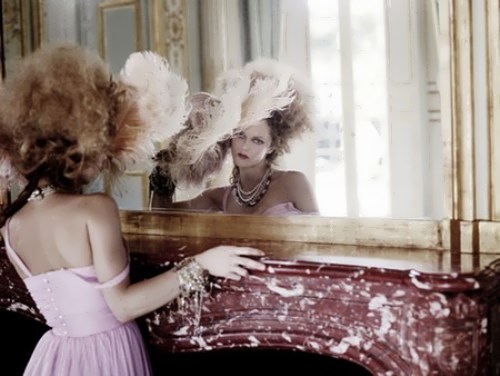 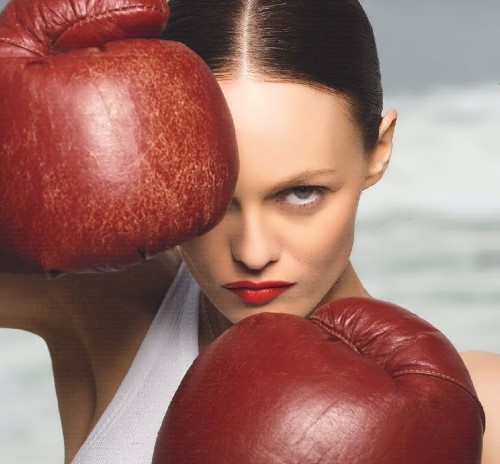 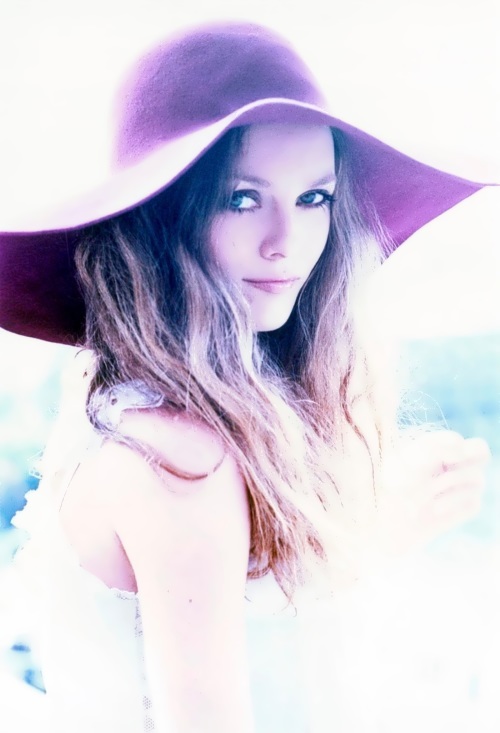 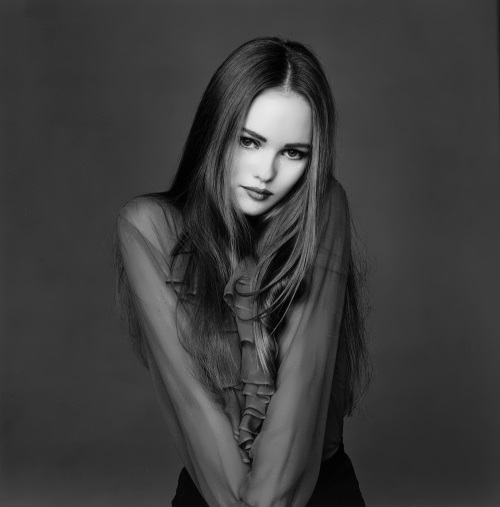 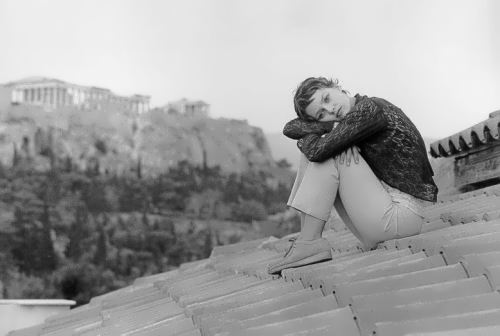 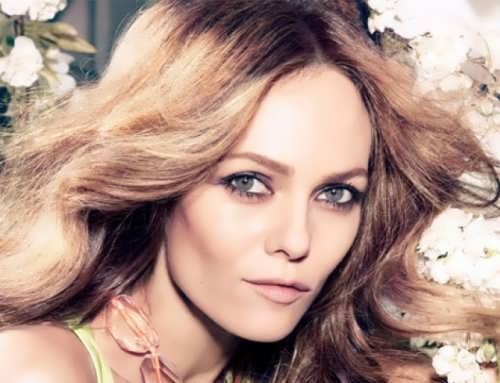 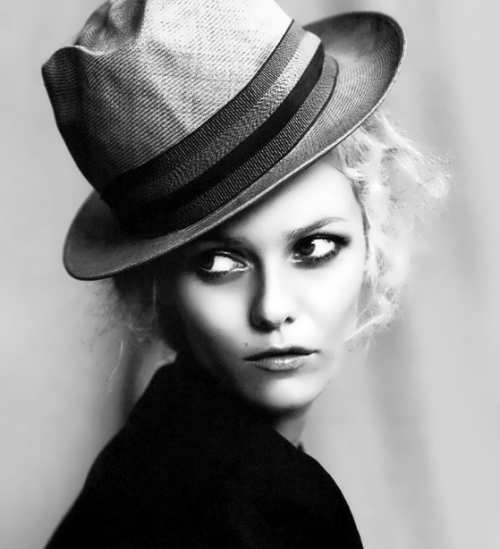 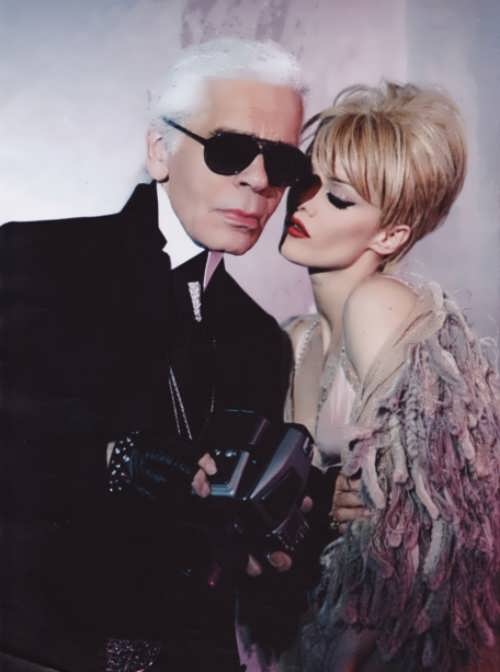 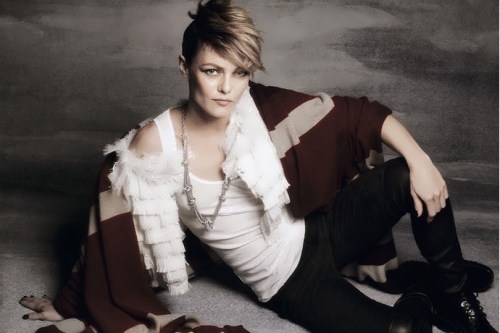 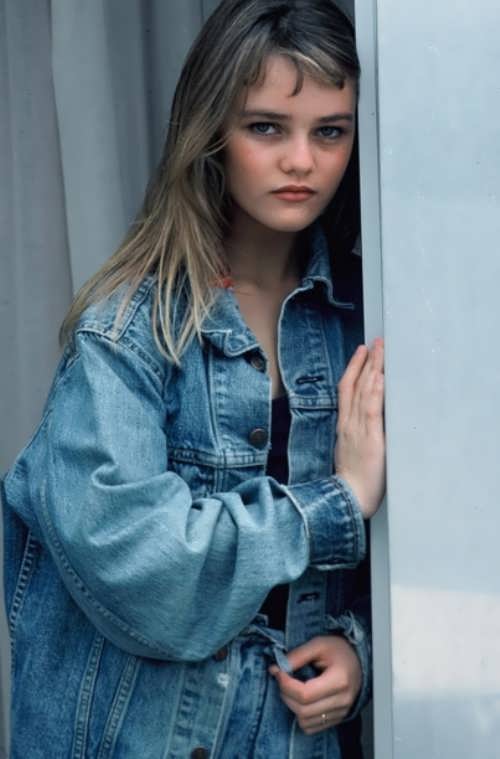 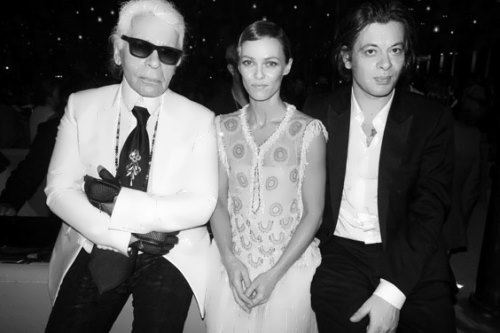 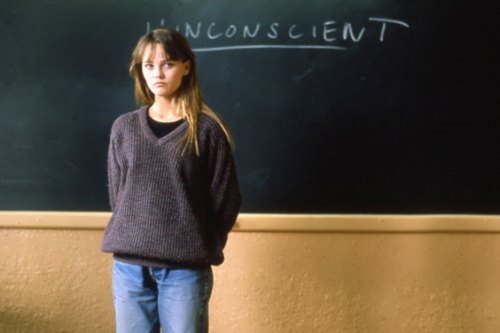 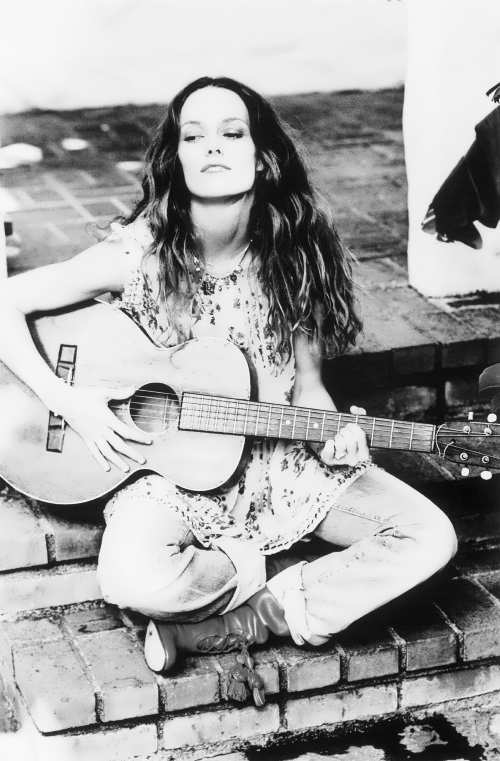 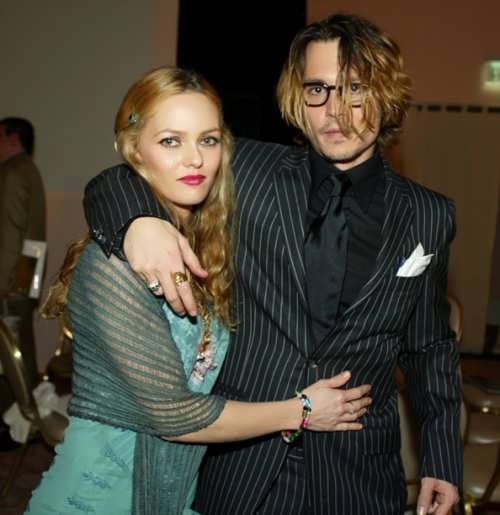 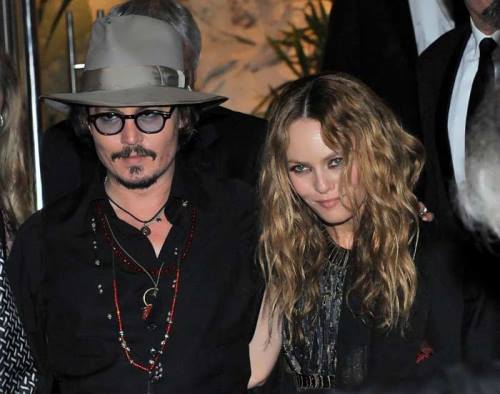 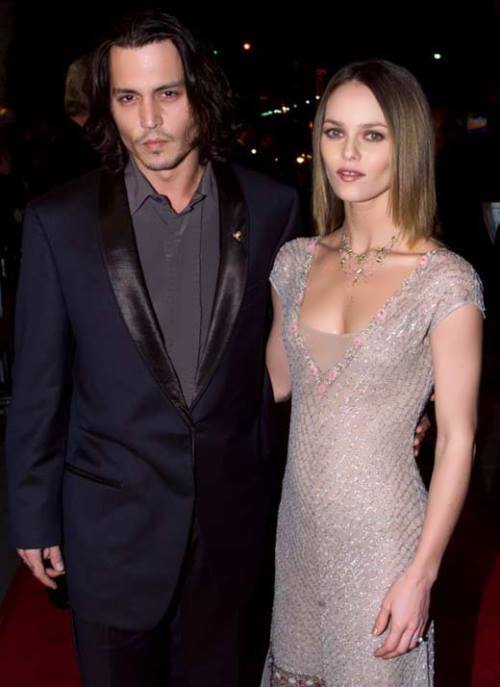 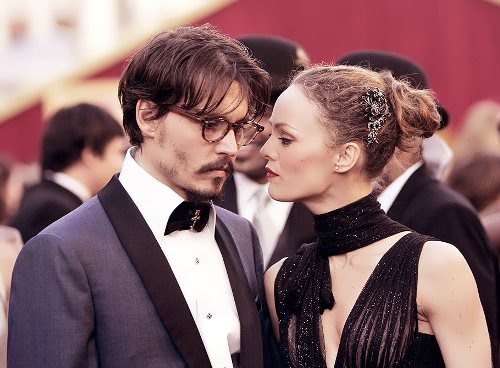 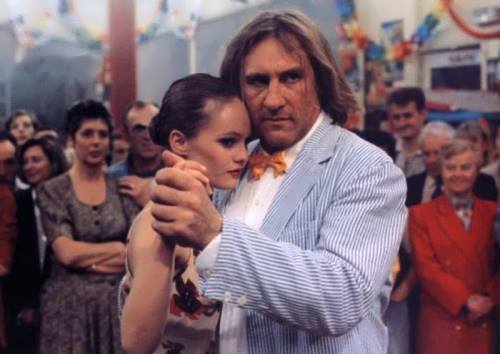 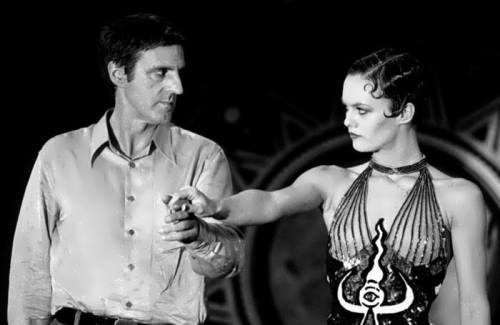 Vanessa in the film The Girl on the Bridge 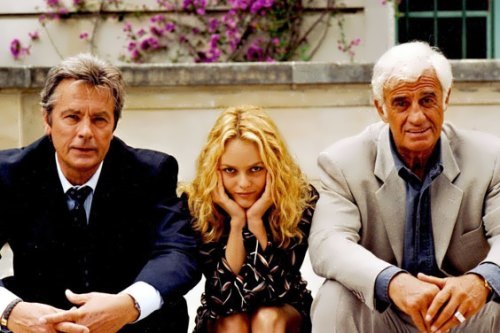