Great Vanga was a woman with amazing abilities. She knew the past, predicted the future, could heal physical and mental pain. Invisible worlds were opened for her, there she received information and generously shared her knowledge with people.
Vanga was born on January 31, 1911 in Macedonia in the town of Strumica. The girl was born 2 months earlier and was very weak, with fused fingers and toes. Nobody knew whether the newborn would survive. In March, the baby cried loudly for the first time in her life, and local grandmothers explained to the alarmed mother that, in fact, the girl was born just then. The girl was named Vangeliya, which means “the bearer of the good news” in Greek.
Vanga was only three years old when, after the second birth, her mother died suddenly. And a year later, in 1915, her father, a small landowner, was drafted into the Bulgarian army. The girl was left with neighbor Asanitsa, a good and compassionate Turkish woman. Three years later, the father returned and soon married the most beautiful girl of Strumica – Tank Georgieva. He needed a mistress, and the children needed a mother.

Alas, the carefree childhood soon ended. Vanga’s father went bankrupt. And in 1923 the family in which, in addition to Vanga, there were two more young children, moved to her father’s brother Krostadin, who could help them.
When Vanga was 12 years old, a disaster happened. Once a terrible storm came. A whirlwind, in which dust, soil, twigs and leaves were mixed, picked up the girl and carried her two kilometers away. Nobody remembered how long the storm lasted, and Vanga was found littered with stones, earth and branches. She was mad with fear, but much worse was the cutting pain in her dusty eyes — the girl could not open them. At home, they washed her eyes with decoctions of herbs, gave holy water, smeared balms, made compresses, and went to healers and doctors. Nothing helped. Her eyesight never returned. There was only one way out – the house of the blind.
Everything was new and interesting there. Children were taught Braille, various subjects and studied music. A lot of time was devoted to practical exercises – the girls mastered cooking, cleaning the house, knitting. 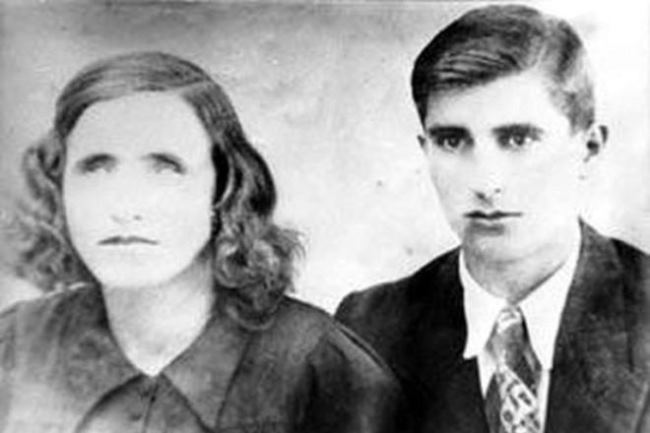 Vanga and her husband Dimitar Gushterov

There the girl met her first love, but the wedding did not take place. During the absence of a blind girl, Tanka gave birth to another baby, and two years later her stepmother died during the birth of her fourth child. Vanga had to return home, where poverty and children awaited her.
The father went to work in the villages. One day an earthquake destroyed their house. A few days later, their father built a small hut of reed stalks and covered it with clay. This hut had become their only home for many years.
The news that a blind girl knitted beautifully quickly spread in the city and surrounding villages and people began to bring her work. They paid with groceries and old knitwear, from which she made clothes for herself, sisters and brothers. The whole day was scheduled. Vanga did not like to be inactive and did not allow anyone to sit without work: the sisters weaved, baked bread, washed, mended clothes. On Sunday, they attended church, and after dinner, neighbors came into their yard to gossip. 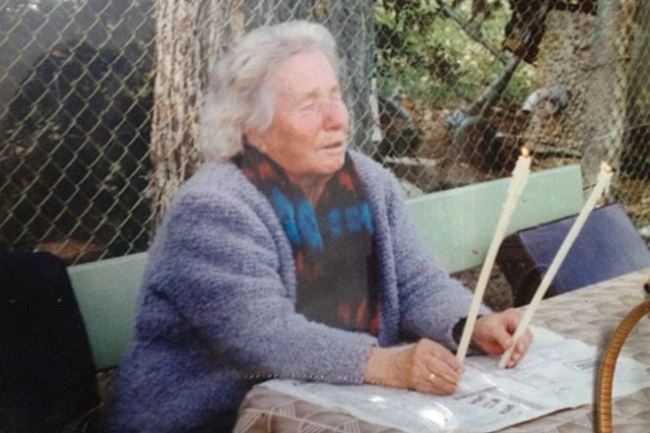 The family was always very poor and they had to work day and night. And then one day Vanga’s health could not stand it – she was seriously ill with pleurisy and for almost eight months was between life and death. The neighbors even raised money for the funeral … But Vanga was healed, and after the illness, her abilities began to appear.
In 1940, her father died suddenly, and heavy, hopeless days flowed. At that time, the girl often told her neighbors that they should make a sacrifice to the church of the Fifteen Holy Martyrs in order to save the village from destruction, since there would be war in a year. She saw in a dream all the upcoming events, but her neighbors did not believe her. And in early 1941, Vanga saw an ancient warrior, dressed in armor. He went into the room. Turning to the girl, the warrior said: “Soon the world will be shaken, and many people will perish. You will live here and prophesy of the living and the dead. Do not be afraid! I will be with you, I will tell you what to predict to people.” 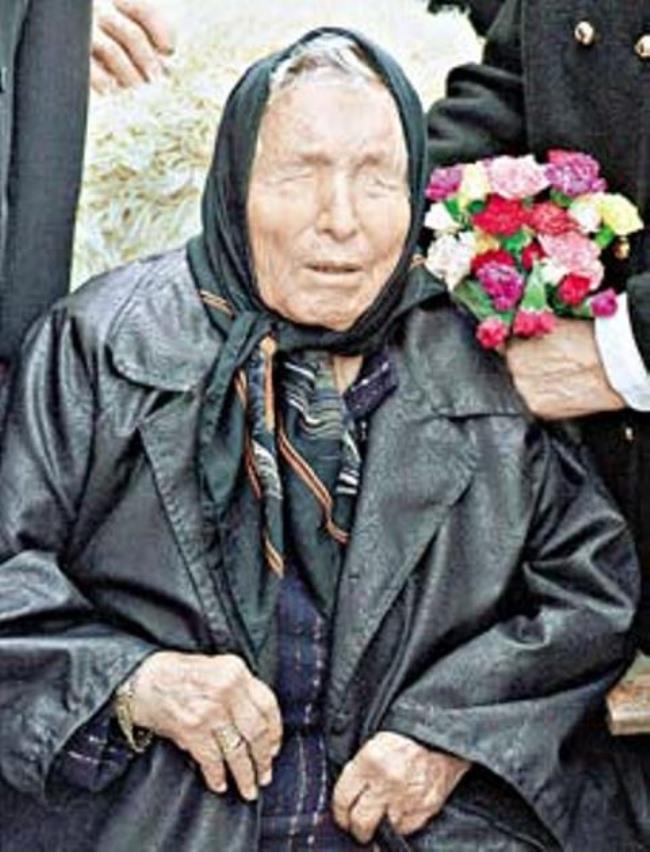 The most famous prophetess of our time

In April, German troops entered the village. All residents left their homes and hid in the forest. Vanga and her sister Lyubka stayed. The people who returned a few days later saw that the village remained untouched, the Germans left, and Vanga stood in a room in the corner in front of the lit lamp and spoke in a sonorous voice. With amazing accuracy, she called the terrain and events, the names of mobilized men who either returned home or were killed. This lasted for many months, and the girl did not sleep at all for a year. The fame of her wonderful gift quickly spread through cities and villages.
So the legend was born.
Since 1942, people began to flock to her house. Everyone wanted to hear about themselves, about their family, their future. In 1943, even Adolf Hitler came to her! “Leave Russia alone, you will lose the war,” she told him. And one day the soldiers of the quartermaster regiment visited the courtyard. 23-year-old Dimitar Gushterov was among them – he came to find out about the murderer of his brother. Since then he came to the girl at every opportunity. They talked for a long time and soon he made a marriage proposal. So, she moved into her husband’s family and began to build her personal happiness. 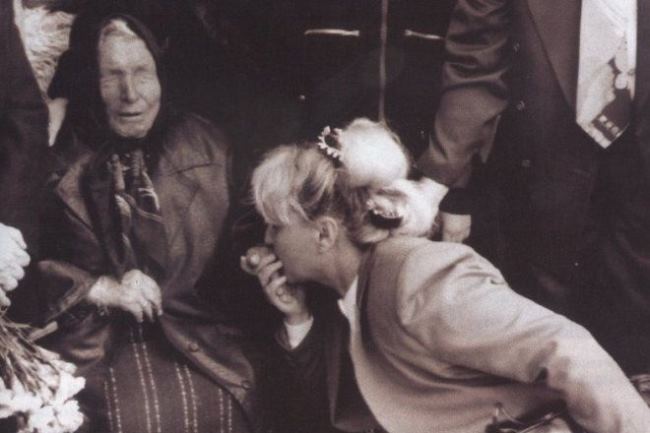 Vanga and her grateful visitor

It was short-lived – the mobilization of reserve soldiers began, and Dimitar was in Greece. He said, that if he survived, he would build her a new house and made sure that she would not need anything. He fulfilled his promise in 1947, finally returning from military service. After 12 years, Dimitar died, and from that time on, Vanga’s entire life was devoted to people.
From the very early morning, a crowd of people stood in front of her house. Thousands of people met with her in the hope of receiving answers to their questions. Heads of state and public figures, writers and scientists visited her. She prescribed treatment for some and explained the cause of the disease, warned others of wrong steps, and helped find missing relatives. She warned that an all-seeing eye was above us all. “No one can hide from anything! Do not think that you are able to do anything without consequences … ”
There are many cases of clairvoyance of Vanga, confirmed by witnesses and officially recorded. So, long before the election, she said that Jimmy Carter would be president only once, and that Indira Gandhi would once again become prime minister. 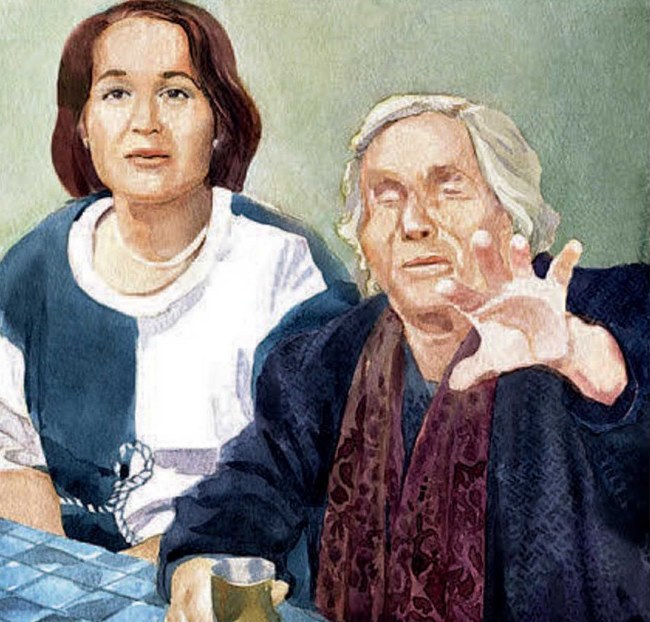 In 1979, famous Russian actor Vyacheslav Tikhonov came to Vanga. The soothsayer shocked him with an unexpected question, asked in a very strict voice: “Why didn’t you fulfill your friend Yuri Gagarin’s desire? When Gagarin went on his last test flight, he came to say goodbye and said: “I wanted to give you a present, but there’s no time for shopping, buy yourself an alarm clock, put it on the table — it will be a memory about me”. Hearing these words, Tikhonov almost lost his senses. He confirmed that it was so: he forgot to buy an alarm clock because of the turmoil after the death of Gagarin.
Russian prose writer Leonid Leonov also visited her. She warned him that his manuscripts would burn. The writer did not really believe it, but just in case, he moved them from the dacha to the city apartment. There they burned.
Restorers worked in one dilapidated church when valuable ancient icons disappeared from there. Thieves were sought throughout the area, but in vain. Vanga immediately said that the thieves were restorers, and listed in detail everything they had stolen.
In addition, she predicted the Chernobyl accident and the collapse of the USSR.
For more than half a century, people from all over the world came to Vanga for help and advice. But her earthly path ended. She died of cancer on August 11, 1996 at 10:10 exactly on that day and hour, which she herself had predicted. She was 85 years old. Yes, Baba Vanga was blind, but her face and her soul radiated light.
In total, 18 art and documentary films dedicated to the famous prophetess were shown on television. 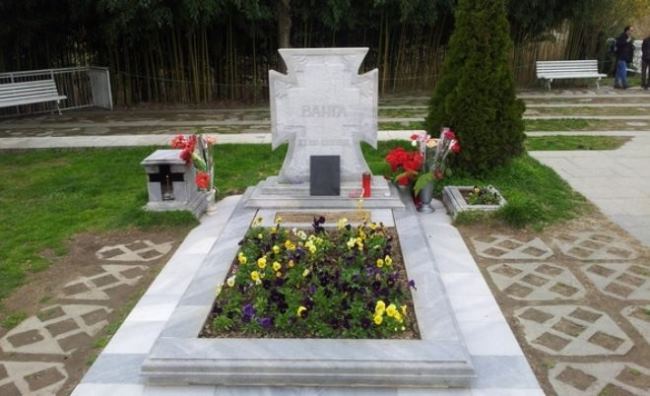 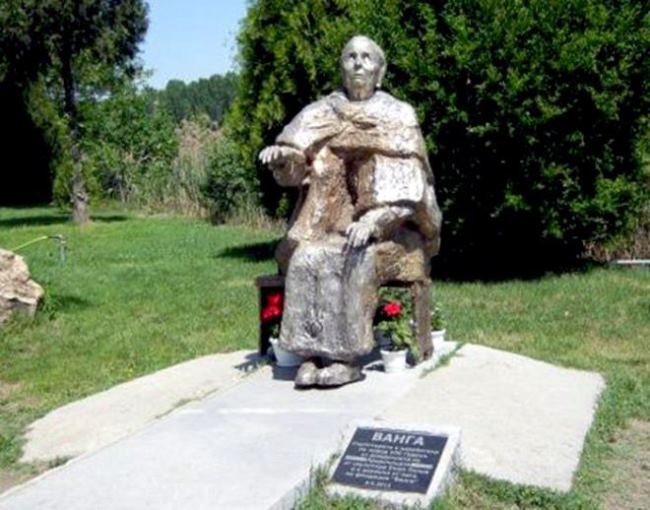