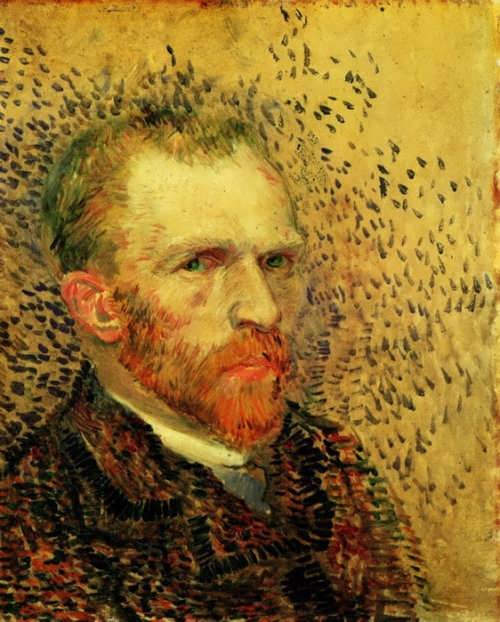 Vincent van Gogh was a Dutch artist of the 19th century and is now considered one of the greatest painters in the world. He painted for just ten years. But during this time he did more than 800 paintings in oil colors and 700 drawings. Surprisingly, he sold only one painting while he lived. By the end of the 20th century, however, his paintings regularly sold for millions of dollars.
Vincent Willem van Gogh was born on March 30, 1853, in Zundert, The Netherlands. His father was a church minister.
Van Gogh tried many jobs. He worked as an art seller, a bookseller, and a teacher, but failed at each one. Van Gogh had mental problems and this made it difficult for him to succeed.

He began his career as an artist in 1880. In 1881, he began to study art, first in Brussels, then in Paris. His early paintings were about poor people in Holland. People didn’t like his paintings. Sometimes he left them when he moved to a different place. When people found the paintings, they used them for firewood or to build things.
In 1888 he moved to Arles in southeastern France, where he did some of his best work. In the same year he cut off the lower half of his own left ear after a quarrel with artist Paul Gauguin. 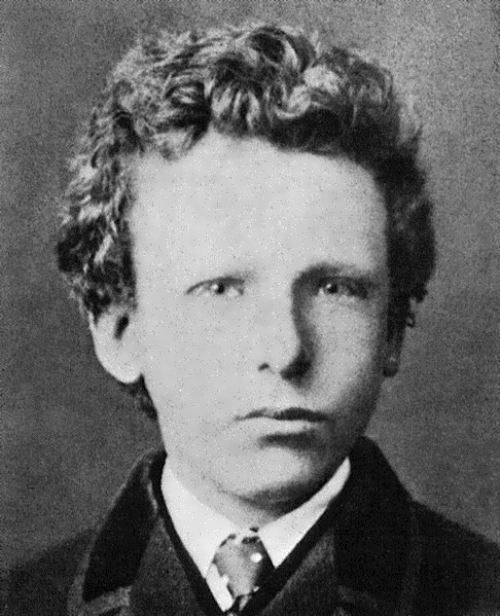 In the last 70 days of his life, he painted a picture every day. He painted one of his best works, Starry’ Night, while he was looking out from his bedroom window at the hospital.
On July 27, 1890 the great artist shot himself and died two days later near Paris. He was only 37 years old. His last words were: “The sadness will last forever.”
Less than 30 years after his death, van Gogh was called one of the greatest artists of all time.
He had his own way of painting. He said he “wanted to look at nature under a brighter sky.” His pictures seem to be flooded with a golden light.
His Sunflowers, Irises, and Starry Night are among the most famous pictures he painted and are filled with brilliant colors. 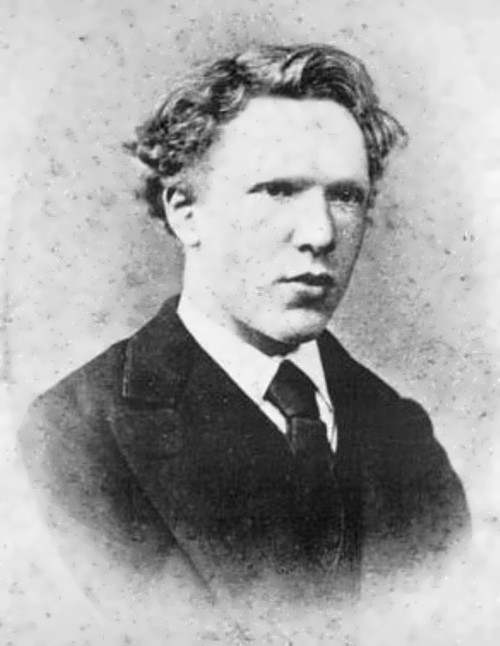 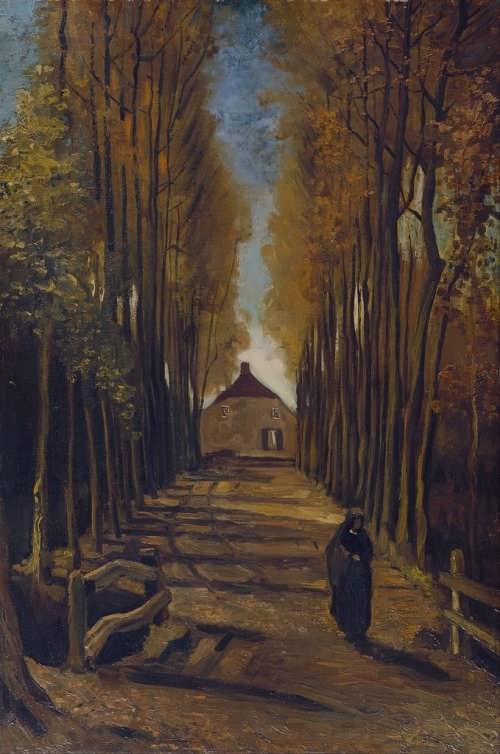 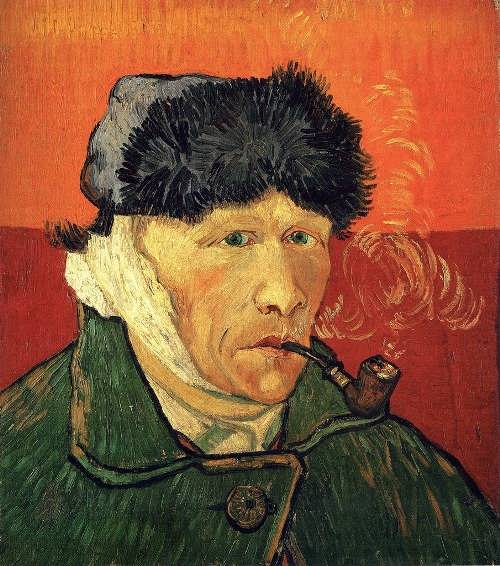 Self Portrait with Bandaged Ear and Pipe, 1889 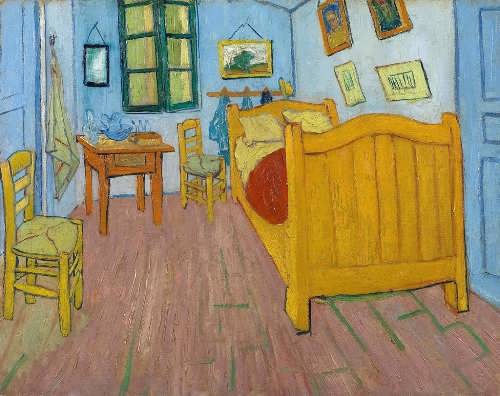 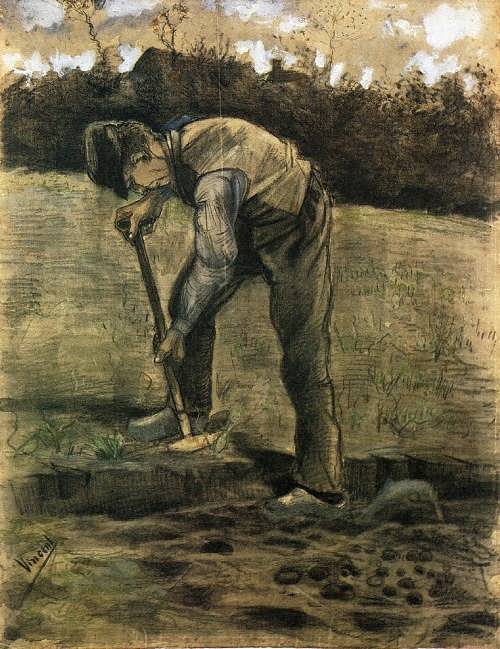 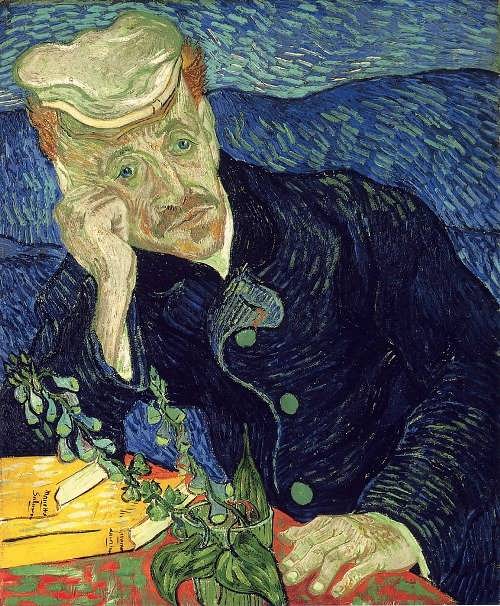 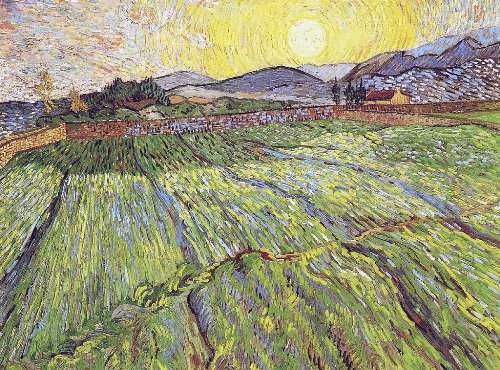 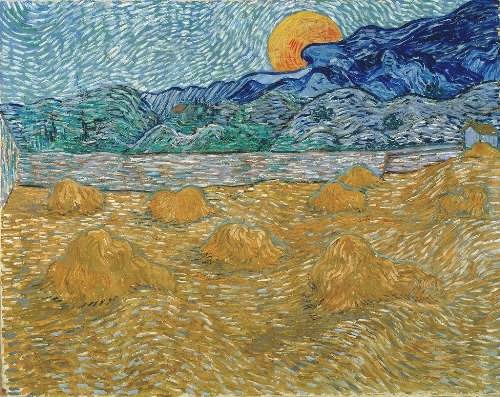 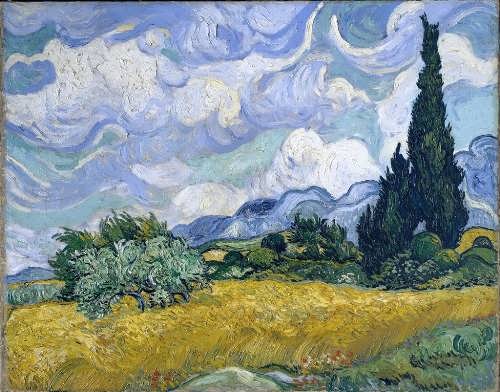 Wheat Field with Cypresses at the Haude Galline near Eygalieres, 1889 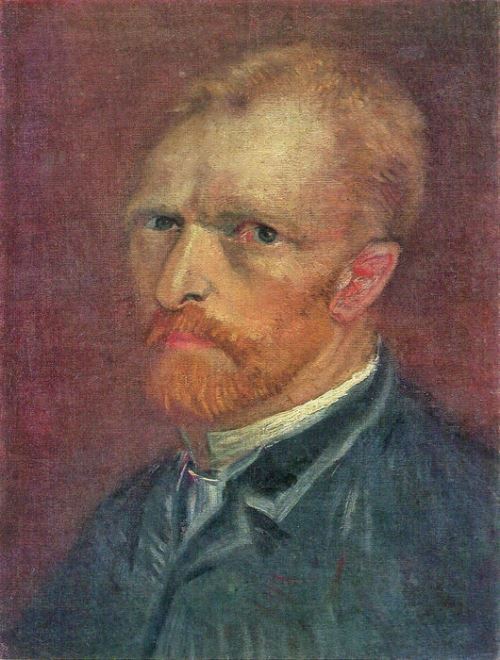 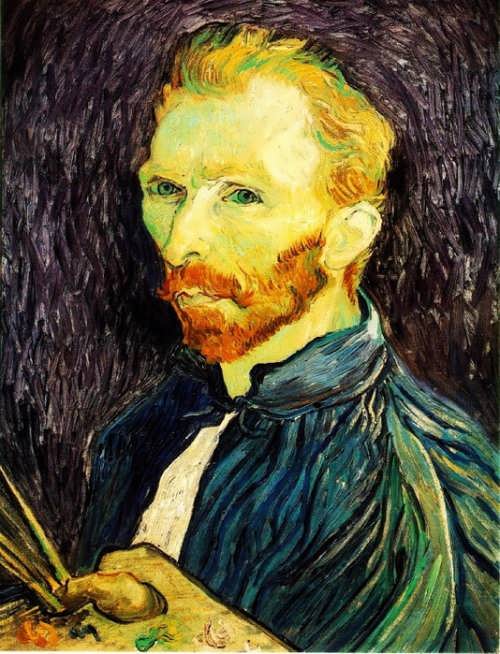 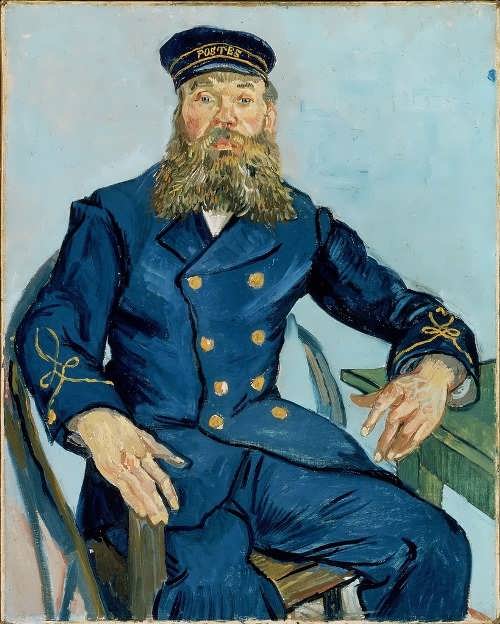 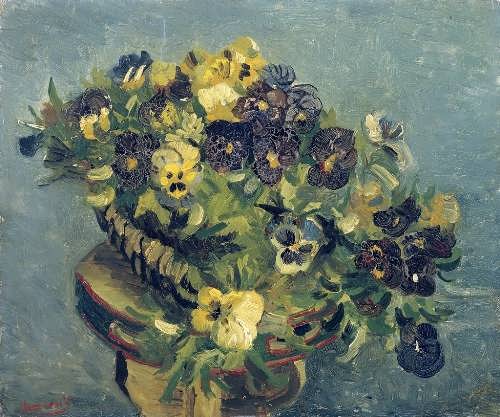 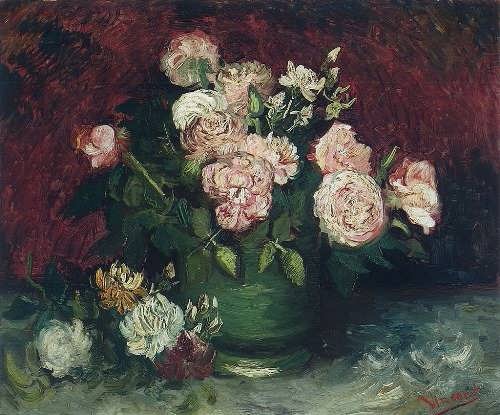 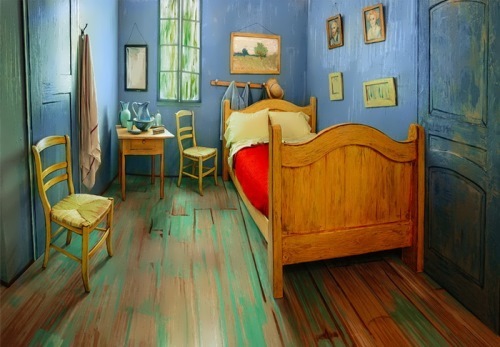 Reconstruction of Vincent’s Bedroom in Arles 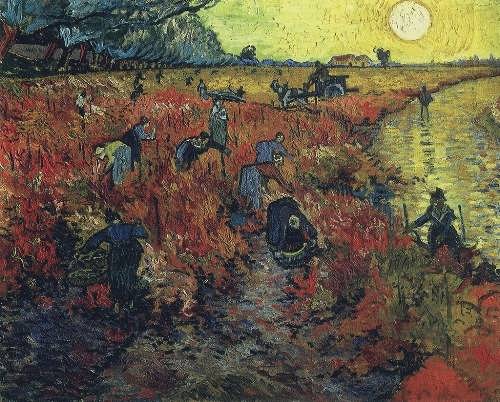 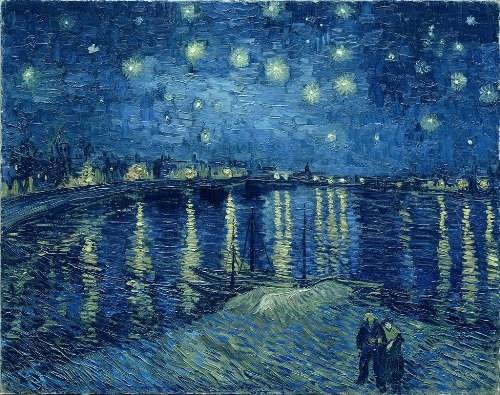 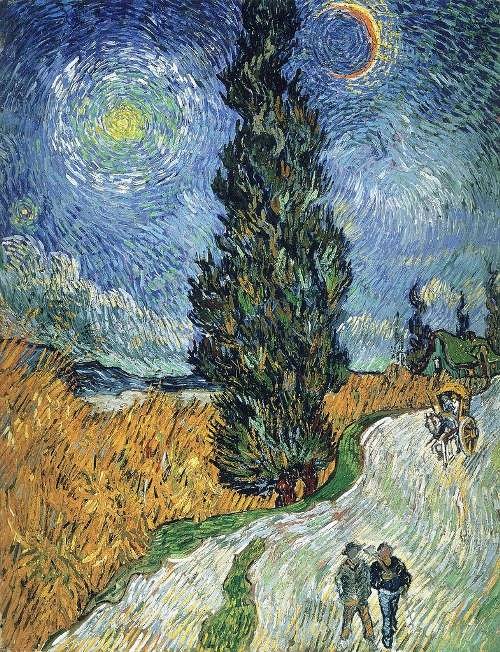 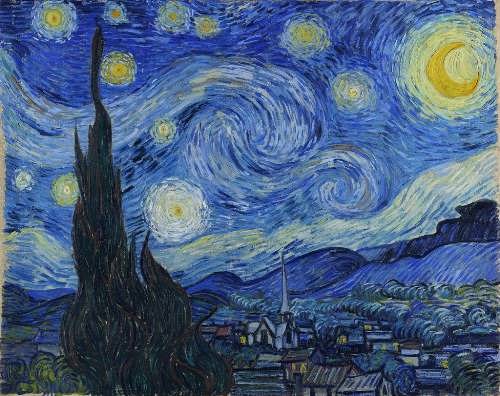 The last work. Wheatfield with Crows, 1890