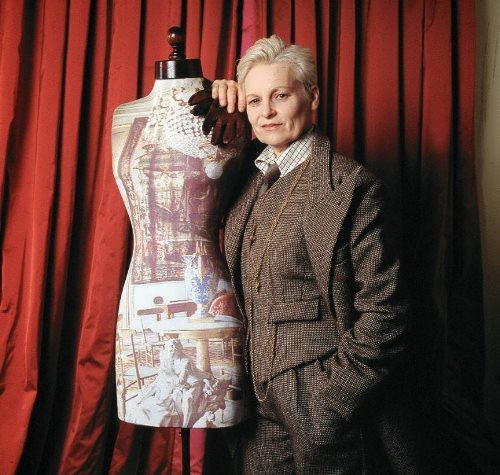 Vivienne Westwood is a British fashion designer, creator of the punk style in fashion. She is the most extravagant woman in the UK.
Vivienne Isabel Swire was born on April 8, 1941 in Tintwistle, Derbyshire, England. A few years later her family moved to northern England. In the new town, she decided it was time to start planning her career. So she enrolled in the Harrow Art School. The family of the future designer was very poor, so the girl had to marry early. She wanted to escape from the nightmare of poverty and hunger. Because of marriage Vivienne forced to leave art school, but she received teacher education. A few years she worked as a teacher.
Her first husband was Derek Westwood. She gave birth to two children, Rose and ben. The couple divorced three years later.
Vivienne lived together with the manager of a rock band Sex Pistols, Malcolm McLaren. They have son Joseph. In 1983 Westwood’s alliance with McLaren came to an end. 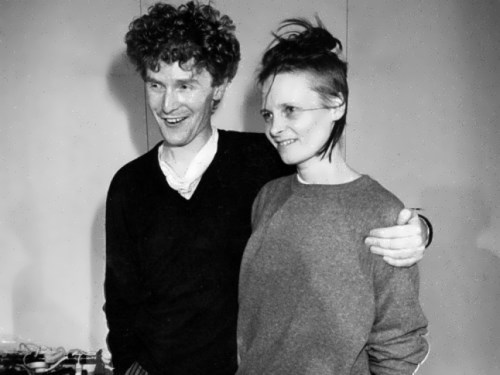 Later she married her former pupil, Austrian designer Andreas Kronthaler.
She worked as a teacher. In 1971, she opened her first store Let It Rock (1971-1973), which was later named Too Fast To Live Too Young To Die (1973-1974) and then Sex Shop (1974-1976).
In 1975 she opened Seditionaries, the first authentic punk clothing shop in London.
In the early 80s she created the brand – Vivienne Westwood, and renamed her famous multi-faceted shop – World’s End.
In 1990 and 1991 The British Fashion Council awarded Westwood the title of Best designer of the year. At the same time she was a professor at the Vienna Academy of Applied Arts, despite the fact that she has not received any design education. Her work inspired fashion designers such as John Galliano and Alexander McQueen.
In 1996 Fred Vermorel wrote a biography of Westwood.
In autumn 2005, he created a collection of T-shirts with the inscription ‘I AM NOT A TERRORIST, please do not arrest me’.
In the Easter period in 2008 she participated in the Campaign for Nuclear Disarmament near the nuclear complex Atomic Weapons Establishment, Aldermaston, Berkshire.
Olga Rodionova represented her interests in Russia from 1995 to 2008.
The designer was awarded the Order of the British Empire.
Vivienne Westwood is among the top ten most famous designers of the century. 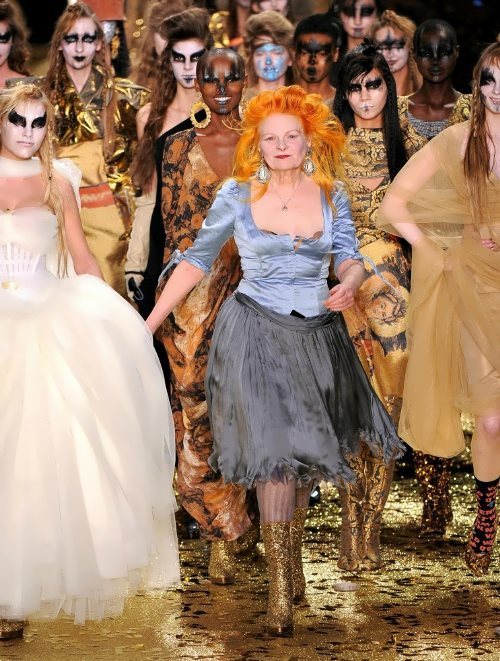 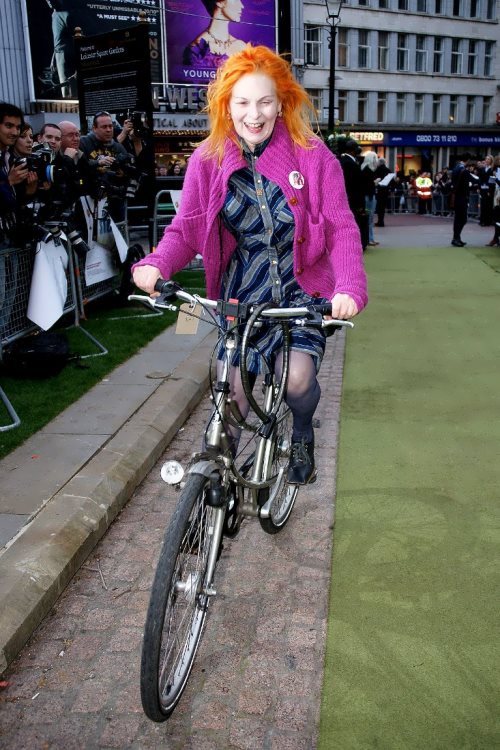 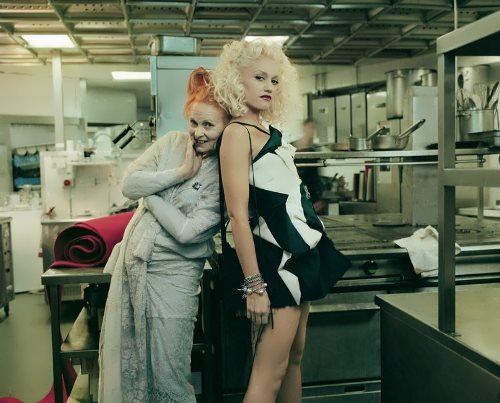 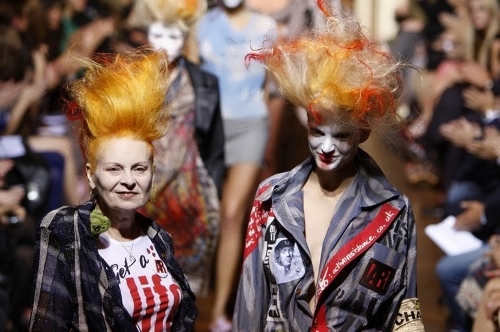 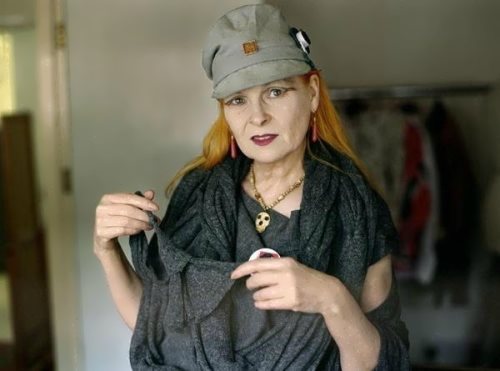 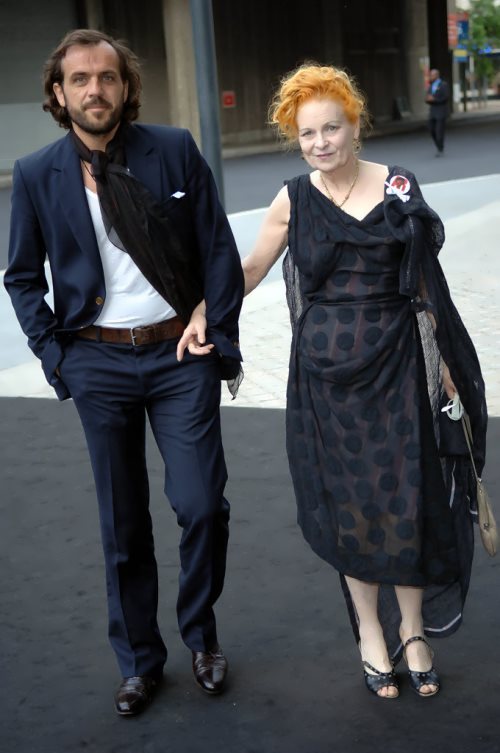 Vivienne and her husband Andreas Kronthaler