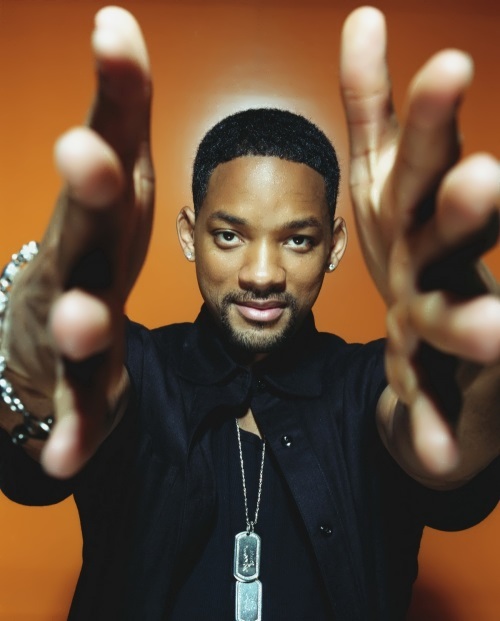 Will Smith began as a rapper, then he became a television sitcom star and finally he turned into a movie superstar! He was nominated for Oscar, four Golden Globe awards and he is a winner of Grammy. In 2008 he was recognized as the highest paid actor in the world by Forbes magazine.
His full name is Willard Christopher Smith, Jr. He was born on September 25, 1968 in Philadelphia, Pennsylvania, USA. His mother, Caroline worked as a school teacher, and his father, Willard Christopher Smith as an engineer. His parents divorced when Will was 13 years old.
In Philadelphia, 16-year-old Smith met the musician Jeff Townes. At the end of the 1980s they became widely known as hip-hop duo DJ Jazzy Jeff & the Fresh Prince. Since 1990, he played a major role in the popular television series The Fresh Prince of Bel-Air. The series was a huge success for six years (1990-1996).

In 1995 Will played a major role in the blockbuster Bad Boys. Later Orange News admitted Will Smith and Martin Lawrence the best on-screen pair of policemen.
This was followed by blockbusters such as Independence Day (1996), and Men in Black (1997).
Smith also continued his music career releasing a number of hits. When he starred in Men in Black (1997) he recorded for the first time under his own name and the movie’s rap theme topped the US and UK charts.
In 1998, Enemy of the State, another successful thriller, was released. At the beginning of the same year his song Gettin ‘Jiggy wit It topped Billboard Hot 100.
By the beginning of the second decade of the XXI century, Will Smith continues to be one of the most popular Hollywood actors. 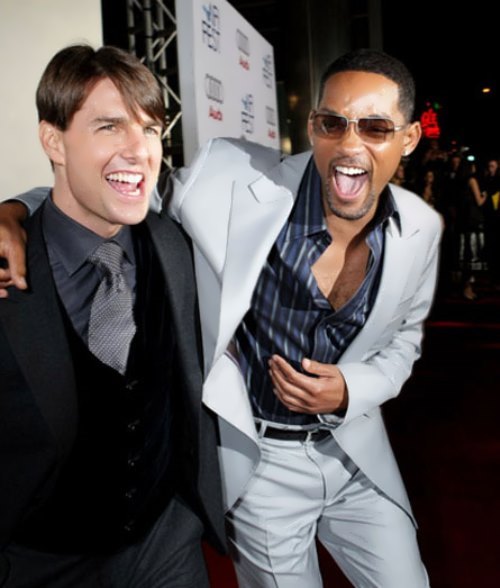 Will and Tom Cruise

Personal life
On May 9, 1992 Will married his first wife Sheree Zampino. They lived together for three years and divorced on December 10, 1995. His son, Willard Christopher Smith III (Trey) stayed with his mother.
Two years later, on December 31, 1997, Smith married his longtime girlfriend Jada Pinkett. They have two children: son Jaden Smith (born on July 8, 1998), and daughter Willow Smith (born on October 31, 2000). Together with his daughter Will starred in the film I Am Legend, and his son appeared in the films The Pursuit of Happyness and After Earth. 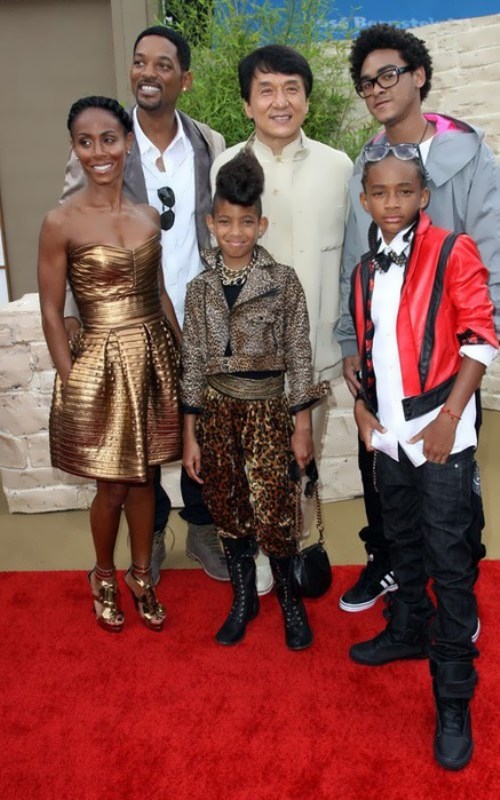 Will, his family and Jackie Chan

Interesting facts
– He turned down the role of Morpheus in the film The Matrix (1999).
– According to the poll in People magazine in 1998, Will Smith was named one of the 50 most beautiful people in the world.
– Will is the second of four children in the middle class family.
– In 2008, Smith topped the Forbes list of the highest paid actors in Hollywood.
– In 2012 he was invited as a presenter of Kids’ Choice Awards (2012).
– Will was a guest in the Russian TV show ProjectorParisHilton in 2013, and together with his son took part in the Russian show Evening Urgant.
– Will got the nickname ‘Prince’ because of the way he could escape troubles (he could charm his way out of trouble).
– His favorite screen hero is Harrison Ford.
– He enjoys playing chess. 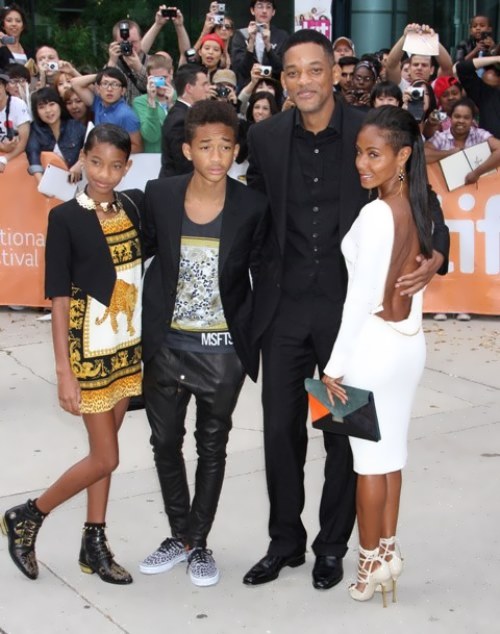 Will and his family 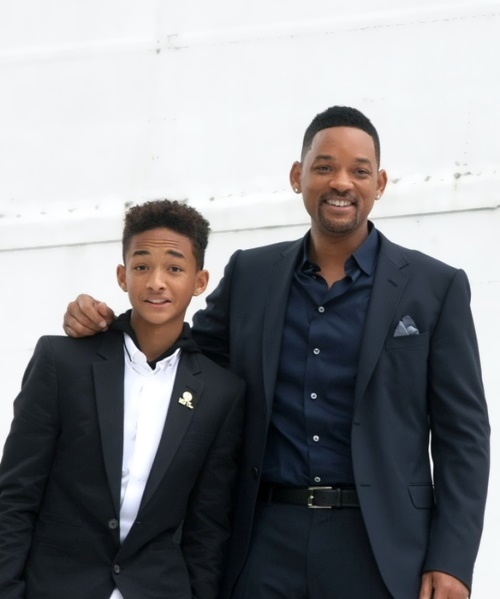 Will and his son 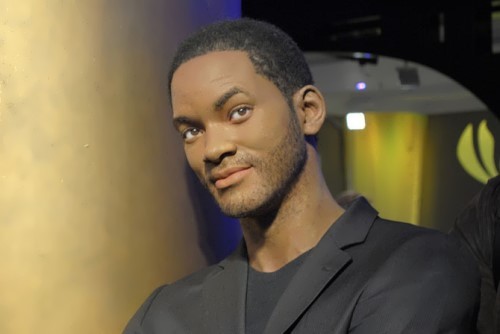 Wax figure of Will Smith in Madame Tussauds museum 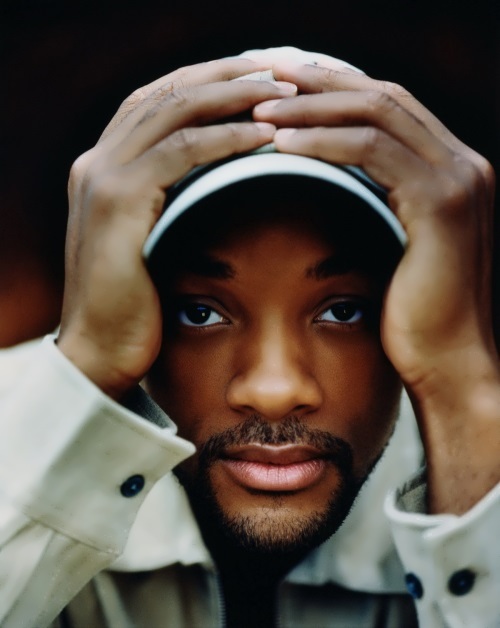 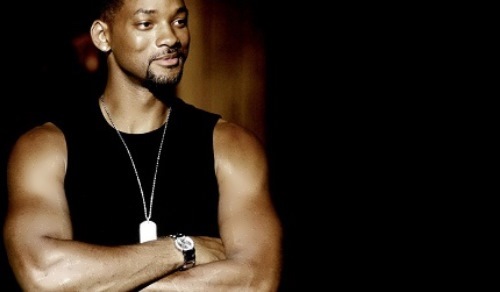 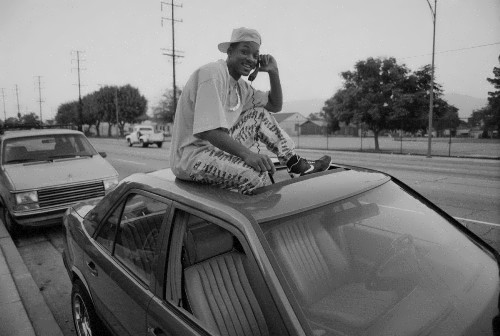 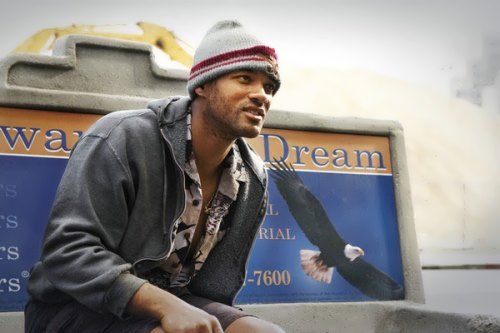