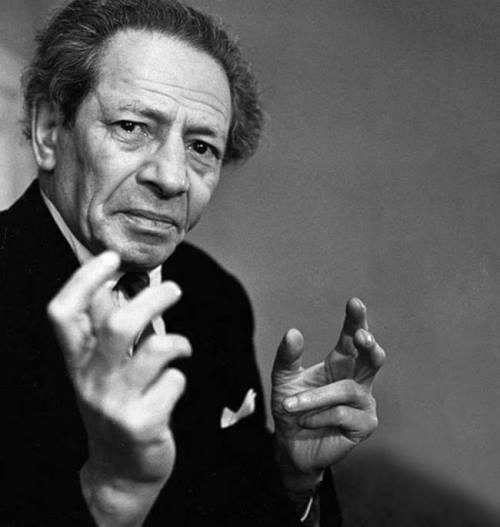 Wolf Messing was one of the most famous predictors of the 20th century. You know, he met with Einstein and Freud, predicted defeat to Hitler in the World War, communicated with Stalin and Beria, with the leaders of the CPSU and even received the title of Honored Artist of the RSFSR. But, as those who knew him closely said, this unique person was intended for other purposes that he never achieved …
The uniqueness of Wolf Messing manifested itself in the first years of his life, when it turned out that the boy, who was born in a Jewish family in 1899 in Poland, suffered from sleepwalking. His parents put a basin with cold water in front of his bed, the boy stepped into the water and instantly woke up. This radical remedy helped him.

But it soon became clear that Wolf had a real talent – a phenomenal memory that allowed him to memorize any text without any problems. Having understood this, his parents wanted to send him to Israel, to study at Jewish school, where clergymen were trained. But Wolf didn’t really want to be a rabbi. And then the father decided to deceive his son: he persuaded one of his acquaintances – a man of unusual appearance – to act as a heavenly messenger. And one night, he accidentally appeared to the boy in the form of an unusual passer-by and declared that he had come from God, who wanted Wolf to become a rabbi.
The impressionable boy, having decided that there was an angel in front of him, fainted. However, he went to a religious school. And there he completely accidentally met the one who brilliantly played the role of an angel. As a result, Wolf was so upset that he ran away from school and went travelling.
The boy found out about his unusual talent quite by accident. He was on a train without a ticket and looking into the controller’s eyes, the boy handed a piece of paper and mentally informed him that this was the ticket. The controller believed. From then the boy knew he had an ability to read other people’s thoughts and replace them with his own. 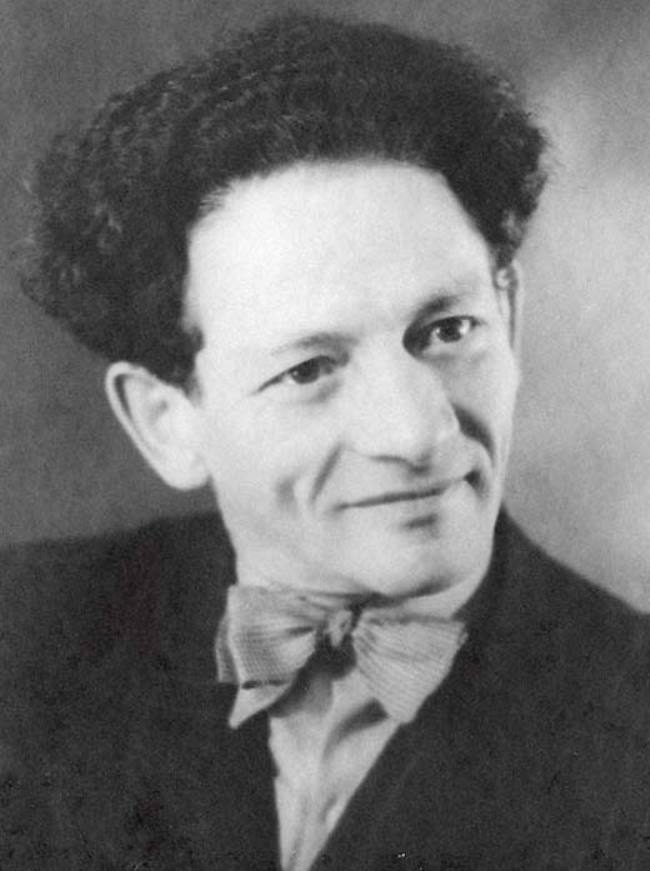 Shortly thereafter, Wolf moved to Berlin, where he played the role of a corpse in front of the audience plunging into a cataleptic (immobilized) state. In addition, he learned the hypnosis and methods of “pop telepathy”, that is, contacts through the hand. This is an extremely complex method, when a medium is able to guess thoughts and mood through the slightest oscillations of a person’s hand.
Years passed, and the glory of the Berlin medium increased. While in Vienna, Messing once held a telepathic session with Einstein and Freud. And once he had to answer the question of the adviser of Adolf Hitler himself. Being in a circus where Messing performed, he asked what was the fate of the Third Reich’s leader. And Messing said before the audience: “if the Führer goes to war to the east, the Führer will die”. This prediction nearly cost Messing life. When the Nazis entered Poland, they opened the hunt for him – after all, Hitler declared him the enemy of the Reich number one! The medium crossed the border to hide himself in the USSR. And he was in the arms of the ruler of the second half of the globe – Joseph Stalin. 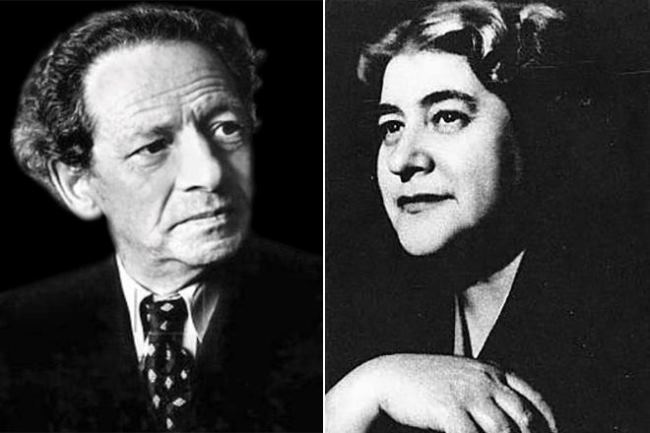 Messing with his wife Aida

To begin with, the “father of nations” wanted to test the guest’s abilities and ordered him to leave the NKVD building on Lubyanka unnoticed. And Messing did this successfully. That seemed not enough to Stalin. He gave the famous medium one more task: to receive a large sum of money in the State Bank using clean paper. And again Wolf coped with it. After that, the country’s top leadership believed in his talent and allowed Messing to tour.
In the USSR, Wolf Messing lived for 34 years. Thousands of concerts, enthusiastic responses of the public, crowds of fans – fame could not replace neither relatives and friends who died in the concentration camp, nor children, whom he never had. Presumably, this was the main reasons for the dissatisfaction of this extraordinary man. In addition, Messing knew that his talent was not fully realized – after all, his possibilities were truly limitless. In 1974, a lonely, sick man died. Or maybe the same person who appeared to him in the form of an angel was indeed God’s messenger? After all, it is known: he who does not listen to his angel will never be happy. 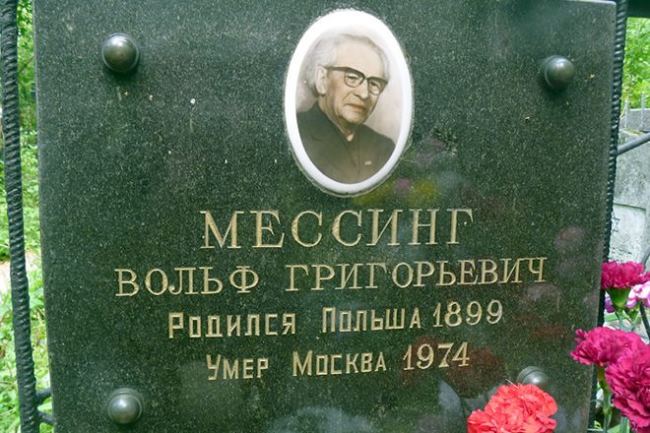 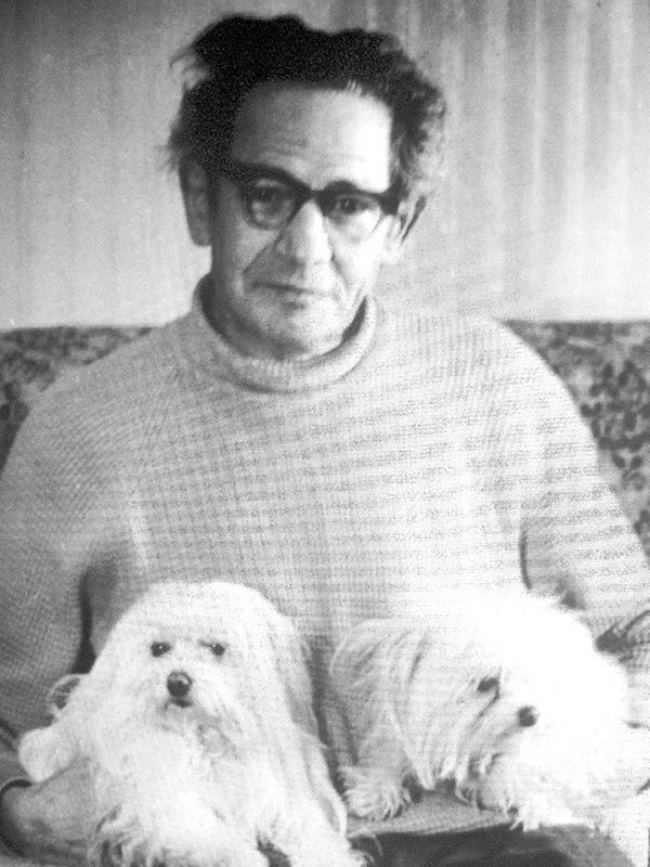 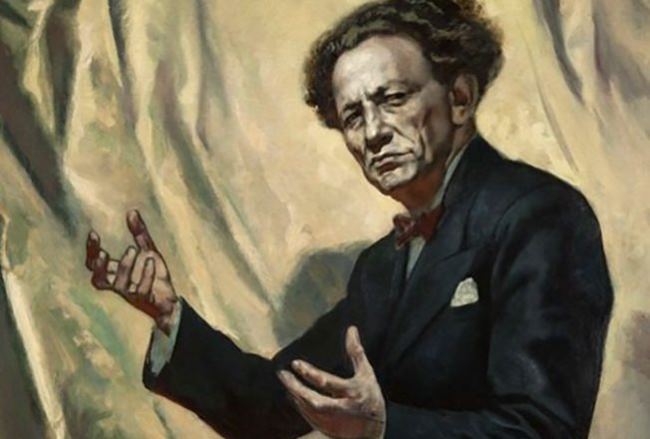 Wolf Messing on the poster 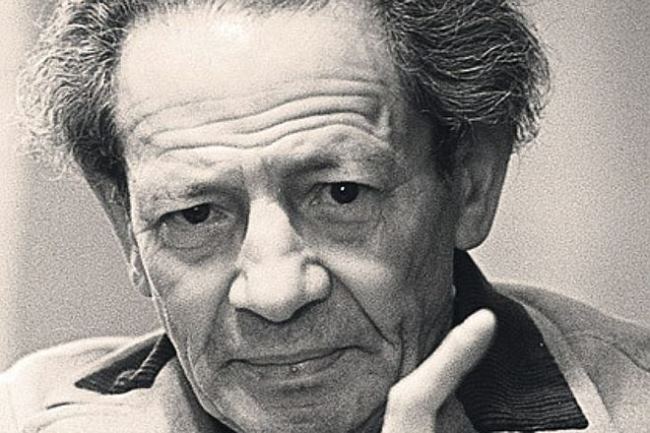 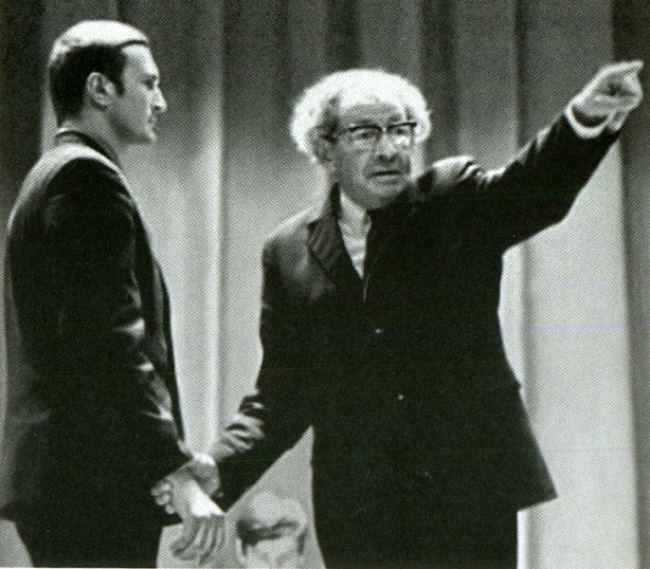 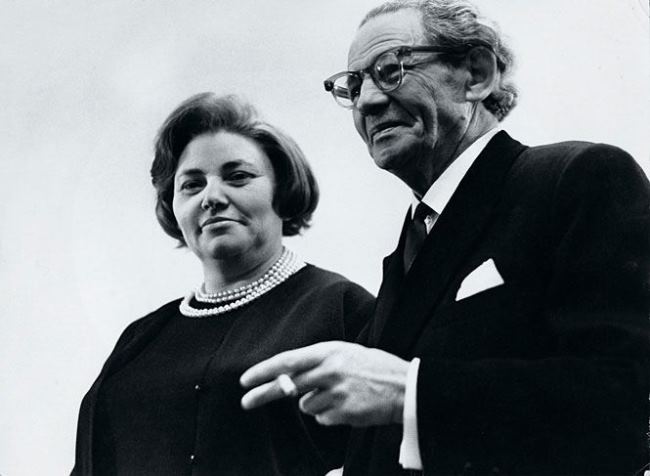 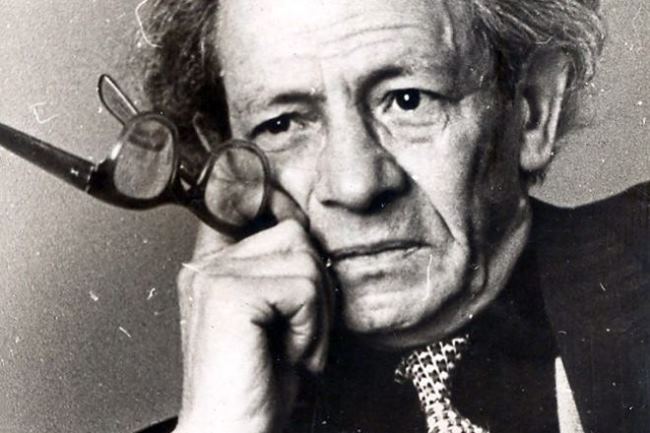 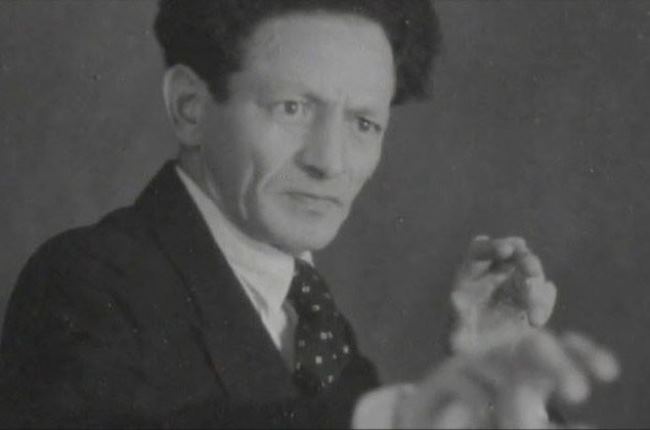 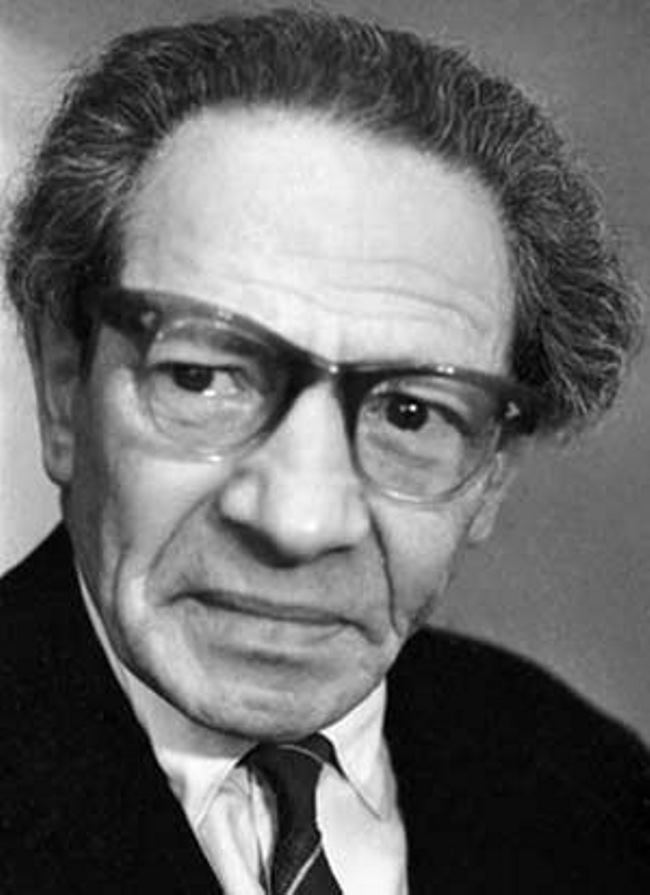 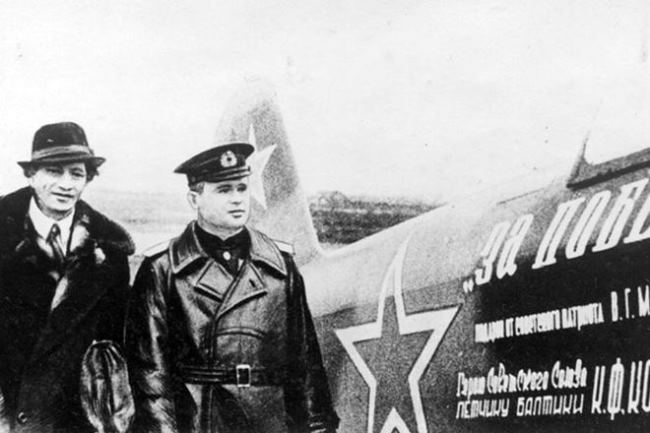 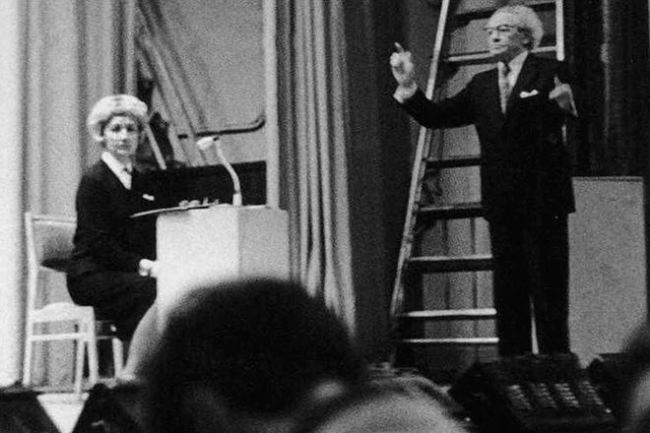 Messing during the show 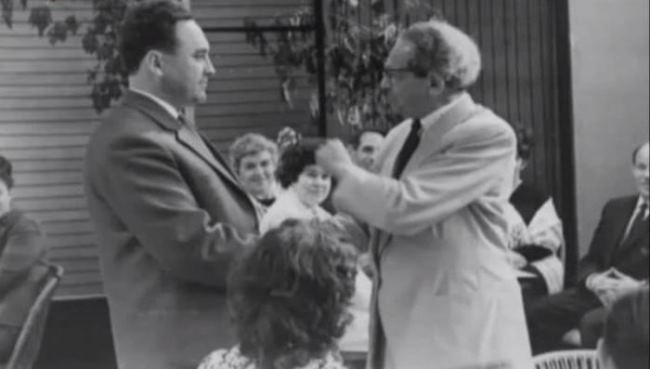 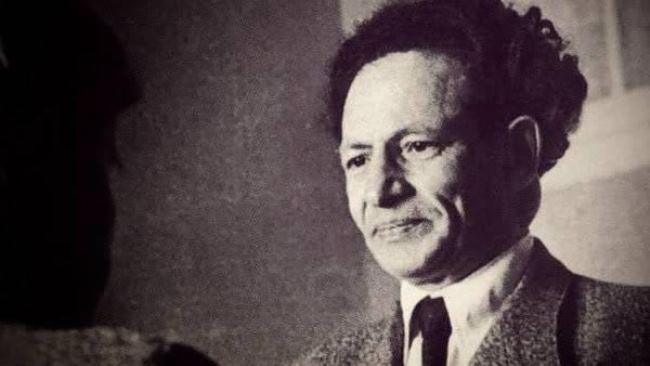 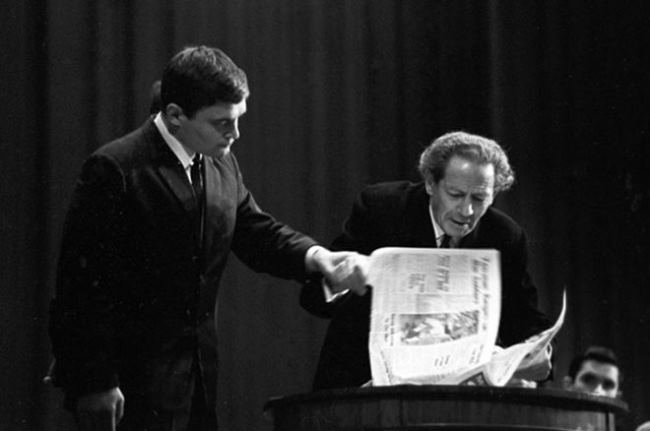 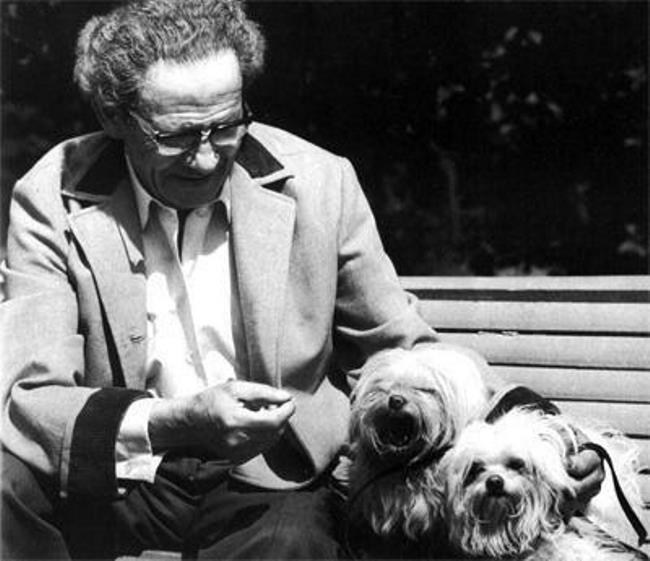 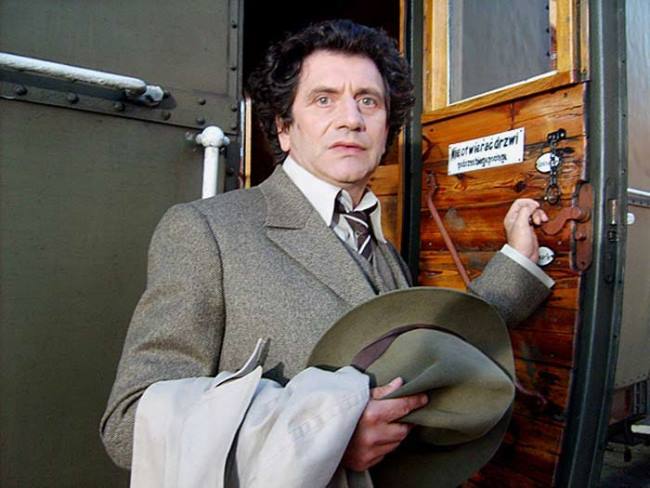