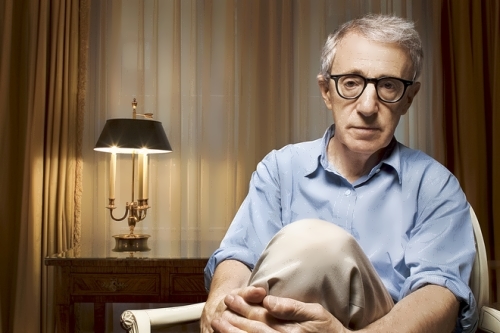 Woody Allen is one of the most respected and prolific filmmakers in the modern era. Allen not only writes and directs his movies but he also acts in the majority of them.
Allan Stewart Konigsberg, a.k.a. Woody Allen, was born on December 1, 1935 in the Bronx to Martin Konigsberg and Nettie Cherry. Woody’s grandparents were immigrants. Allen has Jewish and German roots. Allen has a younger sister, Letty (born in 1943). She starred in a documentary film about Allen (2012).
At his first year of school he was put in an accelerated class because of his high IQ. But he hated school from day one and became rebellious. He didn’t do his homework, was rude to the teachers. He was very good in sports (basketball, stickball, football, baseball). He was obsessed with magic and music. At the age of fifteen he started playing the clarinet.
To earn money, he started writing jokes for newspaper columns. In 1952 Allan S. Konigsberg changed his name to Woody Allen.

After high school, he went to New York University where he studied communication and film, but he was thrown off his course due to lack of punctuality and commitment.
In November 1958, Woody began co-writing with Larry Gelbart for The Chevy Show on NBC.
In 1958, Woody met his future managers Charles H. Joffe and Jack Rollins. Woody was a stand-up comedian from 1960 to 1968.
In 1964, Woody entered the film industry when he was hired to do the screenplay What’s New Pussycat. Allen’s first directorial effort was What’s Up, Tiger Lily? (1966).
His first conventional effort was Take The Money and Run (1969), which was followed by Bananas, Everything You Always Wanted To Know About Sex (But Were Afraid to Ask), Sleeper, and Love and Death.
Purple Rose was named by Time Magazine as one of the 100 best films of all time, and Allen has described it as one of his three best films, along with Stardust Memories and Match Point.
His film Manhattan was nominated for a Golden Globe Award and three Oscars. It won awards from the National Society of Film Critics and the New York Film Critics’ Circle.
In 2014, Allen was awarded an honorary award Golden Globe for lifelong contribution to cinema. 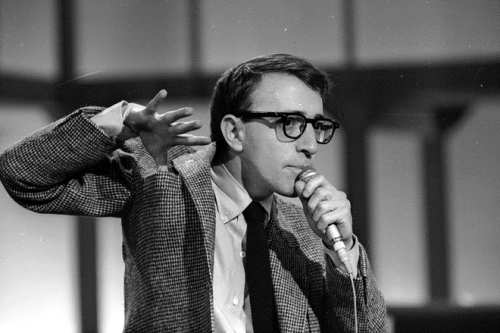 Personal life
At age 19, Allen married 16-year-old Harlene Rosen. They met at an amateur jazz concert, where Allen played the saxophone, and Rosen – piano. The marriage lasted five years.
Allen later married Louise Lasser in 1966. Lasser would go on to co-star with Allen in Take the Money and Run, in what began a pattern of romantic involvement with his leading ladies. Allen and Lasser divorced in 1969 and Allen did not marry again until 1997. Lasser starred in three Allen films after the divorce, Bananas, Everything You Always Wanted to Know About Sex (But Were Afraid to Ask), as well as a brief appearance in Stardust Memories. 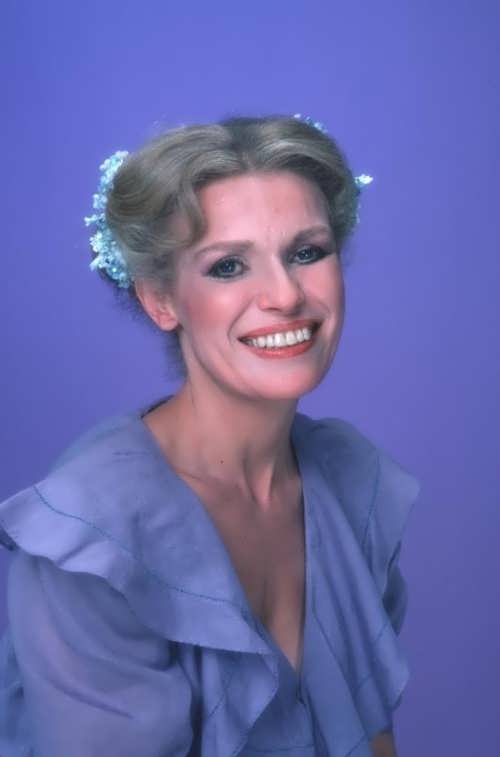 In 1970, Allen cast Diane Keaton in his Broadway play Play It Again, Sam, which had a successful run. During this time she became romantically involved with Allen and appeared in a number of his films. They never married, but Allen says that she was the love of his life. 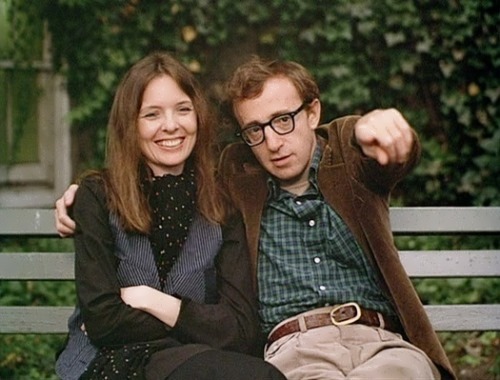 Diane Keaton and Woody Allen in the film Annie Hall

The film Manhattan is said to have based on his romantic relationship with Nelkin.
Starting around 1980, Allen began a 12-year relationship with actress Mia Farrow, who had leading roles in several of his movies from 1982 to 1992. Farrow and Allen never married, but they adopted two children together: Dylan Farrow (who changed her name to Eliza and is now known as Malone) and Moses Farrow (now known as Misha); and had one biological child, Satchel Farrow (now known as Ronan Seamus Farrow). Allen and Farrow separated in 1992 after Farrow discovered nude photographs Allen had taken of Previn. 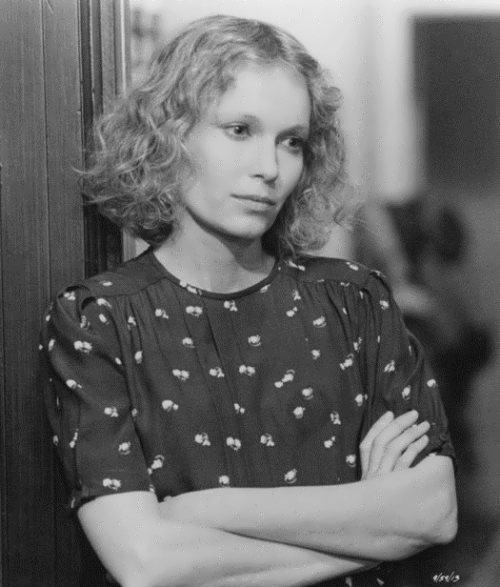 Mia Farrow in the film Hannah and Her Sisters

Shortly after separating from Farrow in 1992, Allen openly continued his relationship with Soon-Yi Previn, Farrow’s adopted daughter. Allen and Previn married in 1997. The couple later adopted two daughters, naming them Bechet and Manzie. 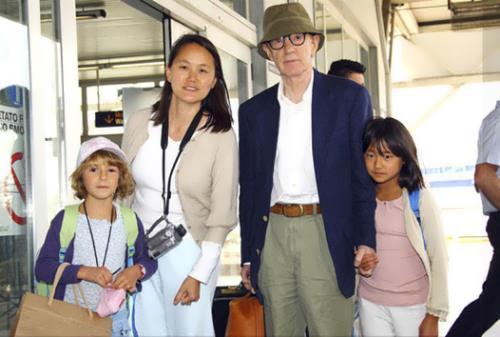 Woody, Soon-Yi and their children

Interesting facts
– Woody Allen does not like elevators.
– He does not go through tunnels.
– Mr. Allen is afraid of sunlight and colorful flowers.
– The director is afraid of insects, dogs, deer, children, heights, enclosed spaces, crowds and cancer …
– He is a vegetarian. 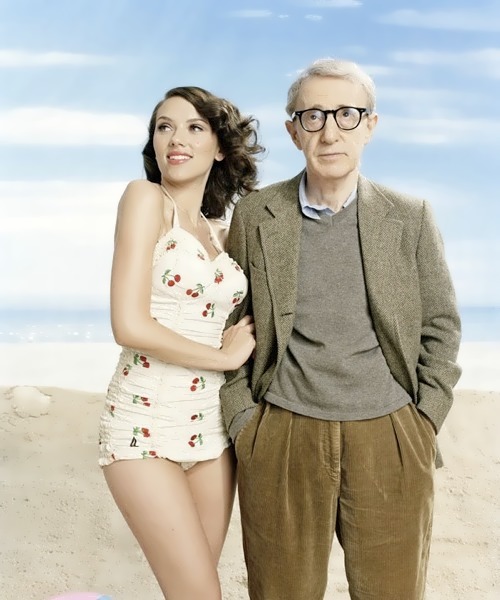 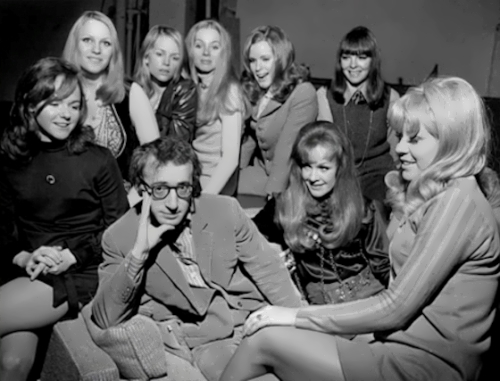 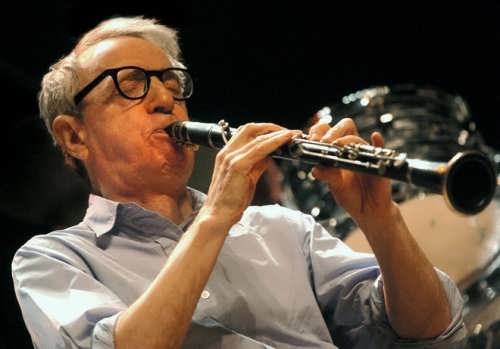 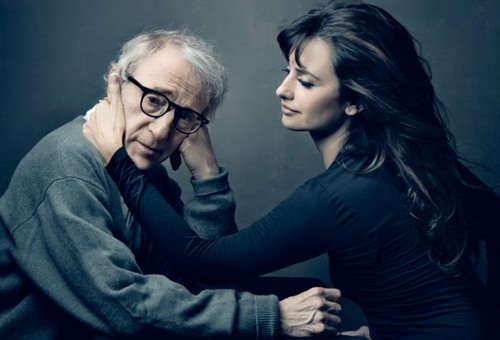 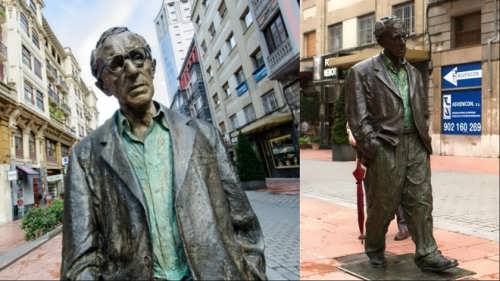 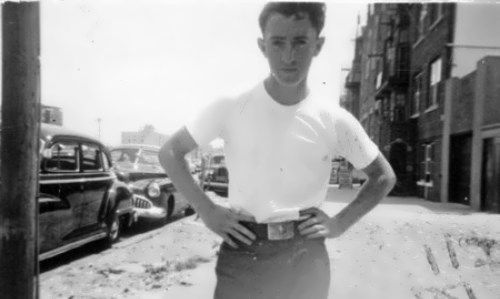 Woody in his youth