The motto of this British noblewoman was the words of Hafez: “everything on earth is not forever, except for acts for the benefit of people”. Traveler, archaeologist, scout, she played an important role in the formation of two states – Iraq and Jordan.
Gertrude Margaret Lowthian Bell was born in June 1868 in England, in county of Durham. Her grandfather Lowthian Bell owned steel mills and held the title of Baronet. And her father Hugh Bell continued the family business. Gertrude was only three years old when her mother died.
The girl received a good home education and at the age of 15 she entered Oxford College, where she was one of the best students. At the same time, she found time for entertainment, loved to dance, play tennis and perform on the stage of an amateur theater.
One day, Uncle Frank Lascelles, British Ambassador to Romania, invited her to stay in Bucharest. That winter, she plunged into social life, not without irony, remarking in a letter to her father about the Romanian aristocrats: “They have fun as if every day is the last in their life.”

Soon, Sir Lascelles was appointed ambassador to Tehran. He invited the niece to join his family. Having happily agreed, Gertrude began learning Farsi.
Approaching Tehran, she gazed with delight at the desert spreading before her gaze; in letters home she spoke about the hospitality of the Persians, about the fragrant pomegranate and peach groves.
While walking in the mountains and the desert, she was invariably accompanied by the first secretary of the embassy, Henry Cadogan. Knowing Persia well, he helped Gertrude improve her Farsi and eventually made her a marriage proposal. The girl immediately asked her father for consent, and in anticipation of an answer from England, the lovers dreamed of a joint trip to Mesopotamia and Arabia. There they intended to study the life of the Bedouin tribes.
Alas, Hugh Bell demanded the immediate return of his daughter to her homeland. He considered that a modest embassy official, despite his completely noble birth, would not be able to provide his wife with a decent life. However, father and stepmother soon realized how deep Gertrude’s feelings for Henry were. Consent to the marriage was actually obtained when in the summer of 1893 the failed bridegroom died in Tehran from cholera. 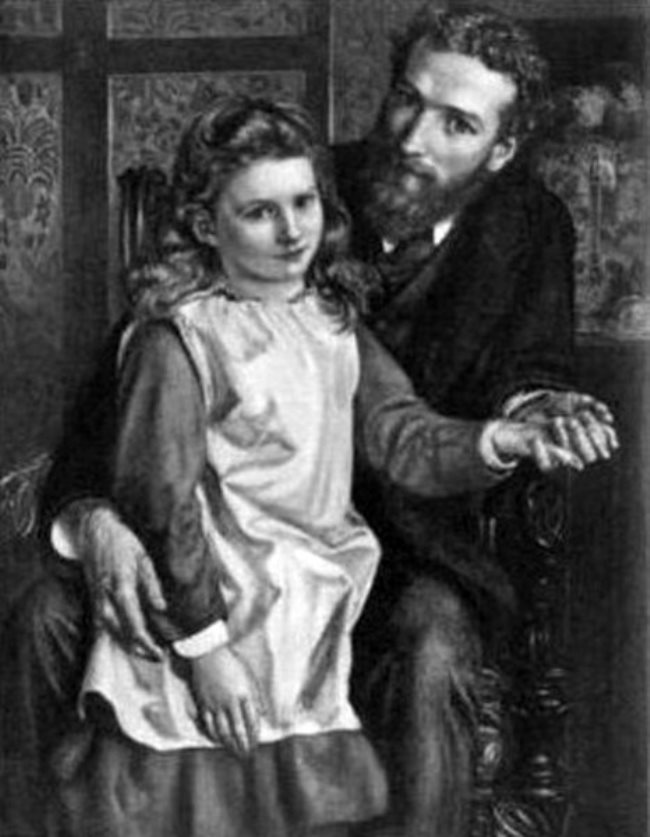 Gertrude was the first child in the family of British steel tycoon Thomas Hugh Bell, one of Britain’s richest industrialists

From then on, secular life no longer enticed Gertrude. She decided to carry out what they dreamed of with Henry. For three years, she mastered the Arabic language and studied the Quran. For five years she traveled to all countries of Europe and even traveled around the world.
But she dreamed of boundless expanses of sand. In 1899, she traveled from Jerusalem deep into the Arabian Desert – this was her first trip to the Middle East. She entered into conversations with everyone who met on the road, whether it was a merchant or a Bedouin.
In Madaba Gertrude was warned: she needed armed security – the lands belong to the Ottoman Empire. She asked Turkish authorities and was refused. Then she returned, took a camera, which was a novelty at that time, and invited officials to take picture for history. Her “diplomacy” immediately gained success! She was escorted and allowed to go on. 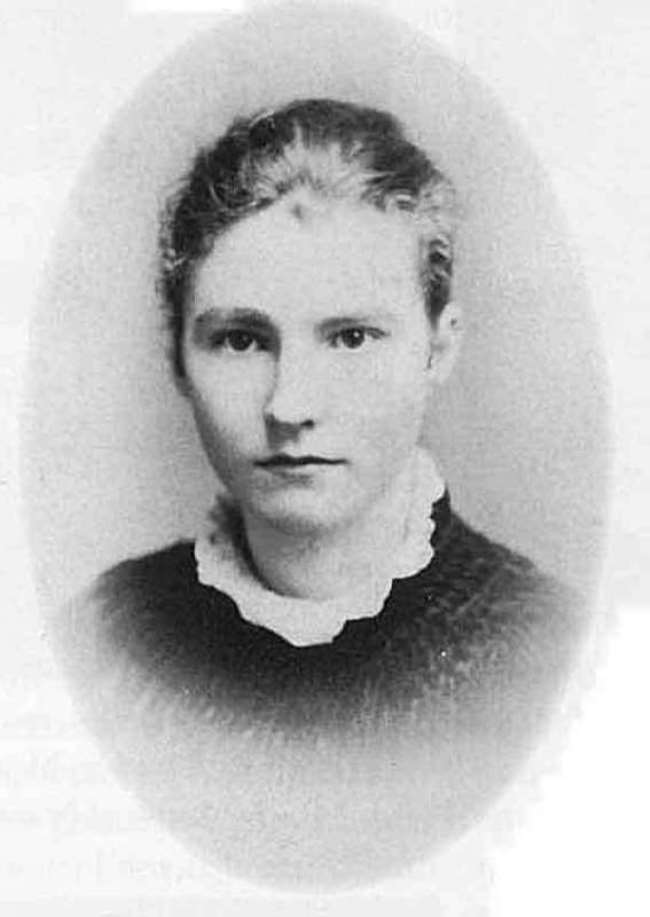 After the first expedition, Gertrude, having rested for several weeks in Jerusalem, equipped a new caravan to go to the Druze lands in Lebanon and Syria. She intended to go to Salhad, the central city of this mysterious tribe. However, an order came from Damascus not to let foreigners go there. Then the brave traveler on a dark southern night without permission moved to the goal. By morning, her caravan was already there, and the sheikh gave her a warm welcome.
Gertrude had to master the intricacies of Eastern customs for a long time. Once the caravan stopped in the territory of a Sheikh of one of the Bedouin tribes, and the owner invited her to visit. Gertrude, tired after a long sleepless journey, decided that among many other guests her absence would not be noticed, and quietly went to bed. And the next morning it turned out that the sheikh was mortally offended. Then she sent him a present – a good revolver packed in expensive Indian cashmere. The incident was over.
In May 1902, Gertrude returned to Europe and soon climbed the Finsteraarhorn – the highest peak of the Bernese Alps (4274 m). Then she went on a world trip again and visited India, China, Japan. In 1905, she was invited to participate in excavations in Asia Minor. Together with archaeologist William Ramsey, they discovered the ruins of Christian temples from the time of the Crusaders under a layer of sand. Their work 1001 Temples is still popular among historians. 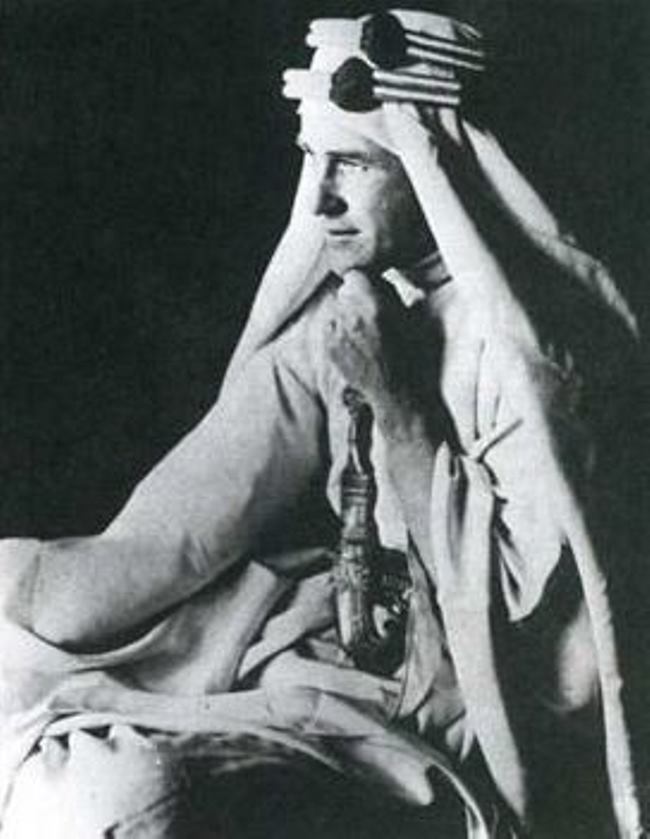 At the end of 1911, Gertrude decided to cross the Syrian desert. In the harsh winter, her caravan reached the ancient Carchemish. At that time an old acquaintance, famous archaeologist David Hogarth, was leading the excavations there. There she met student Thomas Edward Lawrence, who was very impressed. Then no one could have imagined that this graduate of Oxford would become that very Lawrence of Arabia, who would lead an Arab uprising and lead an army of many thousands to Damascus…
After another expedition, Gertrude made a presentation at the British Royal Geographical Society. Scientists were struck that such successes can be achieved without special scientific training. Gertrude found it necessary to take astronomy and topography courses.
Soon her knowledge was very necessary for England. It became known that the Turks were luring to their side one of the sheikhs – Ibn Rashid. It was necessary at all costs to prevent this. Gertrude was instructed to promote the unity of the Arab tribes. 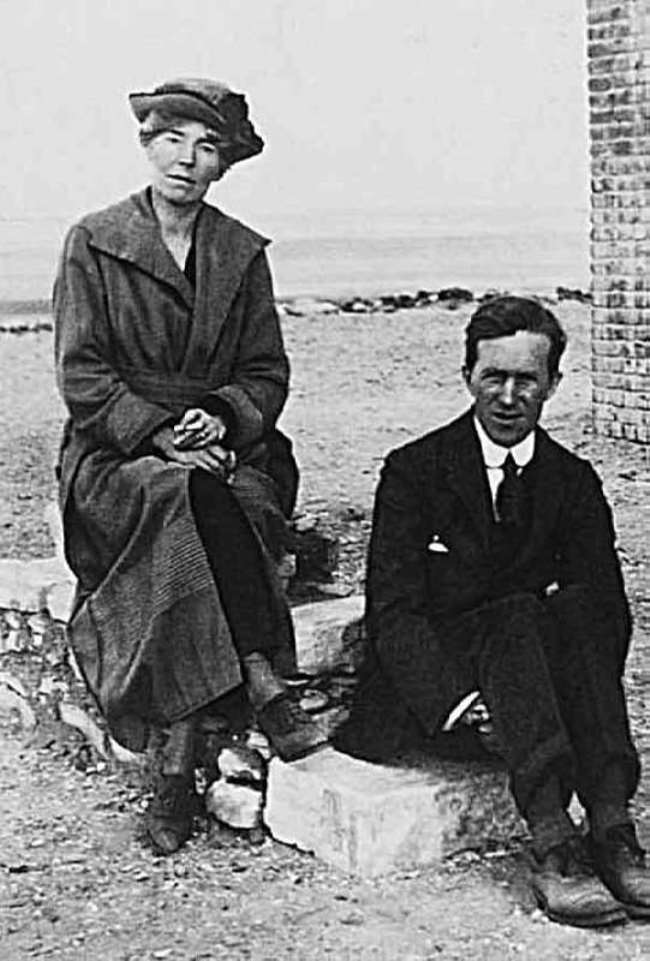 Gertrude and Thomas Edward Lawrence (Lawrence of Arabia) in Cairo at a conference on the future of Egypt. 1921

In the summer of 1913, she began an affair with Major Charles Doughty-Wylie, who, unfortunately, was married to her friend. Gertrude decided to flee from her love to the East. In late December, she equipped a caravan with provisions for four months and gifts for the Bedouins. She managed to meet with the close person of Ibn Rashid to persuade the sheikh to join the Arab rebellion against the Turks.
In the fall of 1914, the Middle East turned into a battlefield. Gertrude managed to see Charles, who had already been drafted into the army. Soon he died. Gertrude was very depressed.
During the war, she dealt with missing and wounded soldiers. Suddenly, she was urgently summoned to Cairo – and there was a meeting with the already familiar “student from Oxford” – Lawrence of Arabia. For a month and a half, they worked out a plan of uprising in the desert against the Ottoman Empire, according to which they managed to unite 20 million Arabs. In addition, Lawrence persuaded the British government not to send troops – Baghdad was captured by rebellious Arabs. To eliminate the reigning chaos, it was necessary to create an interim government. The Arab sheikhs did not trust British officials, but they believed in a woman whom they had long known. Moreover, when the British authorities offered Gertrude diplomatic work in European countries, she replied: “I can’t think of anything except what will happen to the Middle East.” 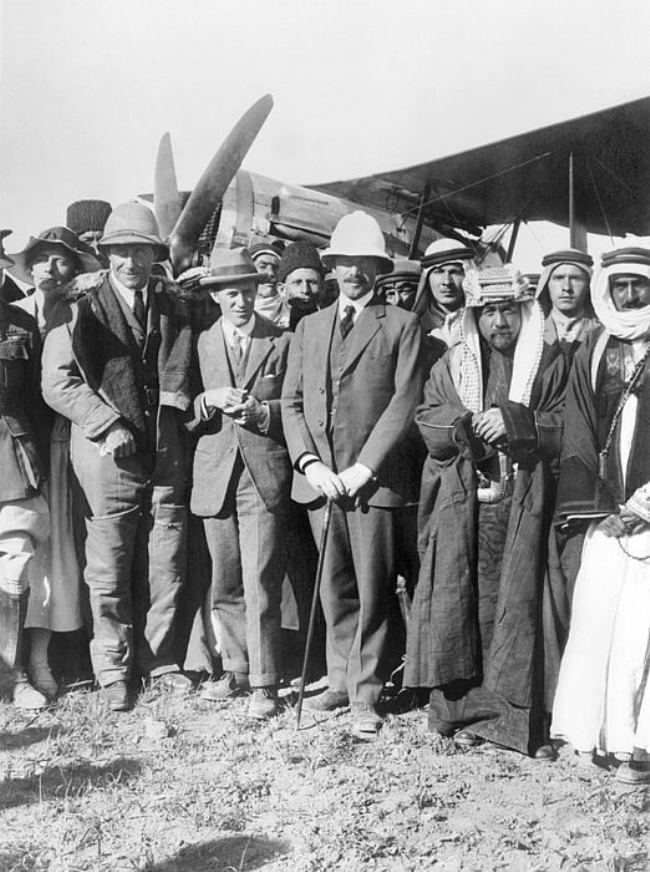 A year later, she was appointed East Secretary of the High British Commission in Mesopotamia. In 1921, she influenced the coming to power in Iraq of Prince Faisal I of the Hashemite dynasty. She traveled with him around the country and introduced him to the leaders of the tribes. Faisal and Gertrude became close friends. She even moved to Baghdad. New Iraqi leaders invited her to their meetings, where the future of the country was decided.
The last thing she managed to do was to create an archaeological museum in Iraq. Not without difficulties: after all, the British believed that everything of value should be exported to Europe. Three years later, King Faisal opened a museum. In pleasant troubles her illnesses receded.
But suddenly a flood occurred, and Bell worked in the committee for assistance to the victims. The last time she was seen in early June 1926 at a banquet hosted by King Faisal in honor of the signing of an agreement between Turkey, Britain and Iraq. Two weeks later, on the night of July 11-12, 1926, the maid found her dead, and on the table near the bed she found an empty sleeping pill bottle and a book of Hafez’s poems.
In 2012, outstanding director Werner Herzog began to choose the nature for the film about Gertrude Bell. The film Queen of the Desert was released in 2015. Nicole Kidman played the role of Gertrude and the favorite of the young generation, Robert Pattison, starred as Lawrence of Arabia. 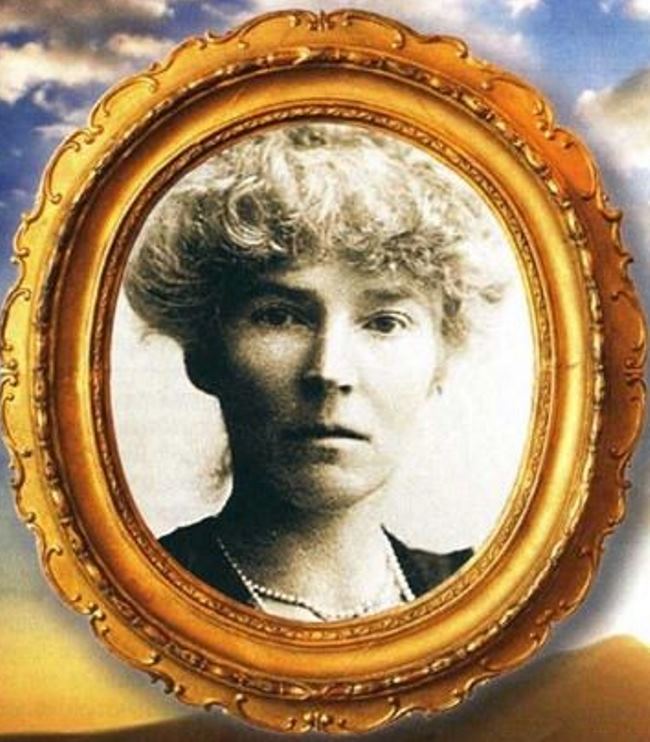 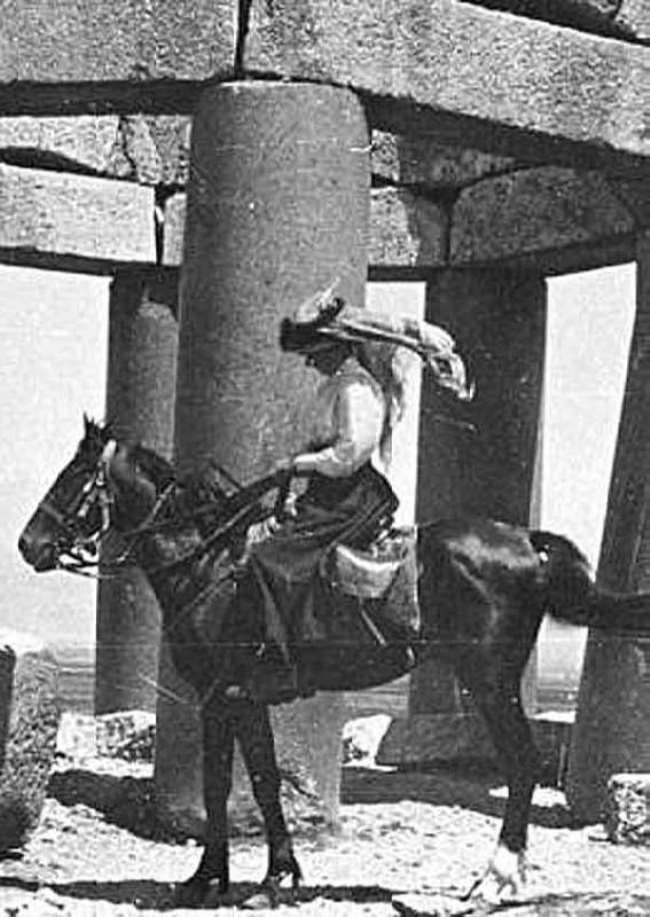 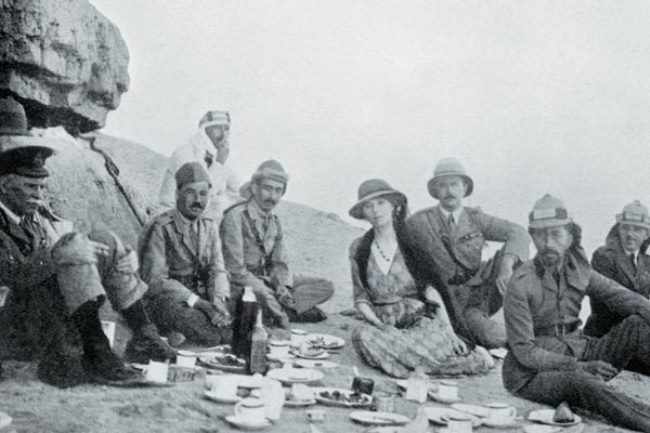 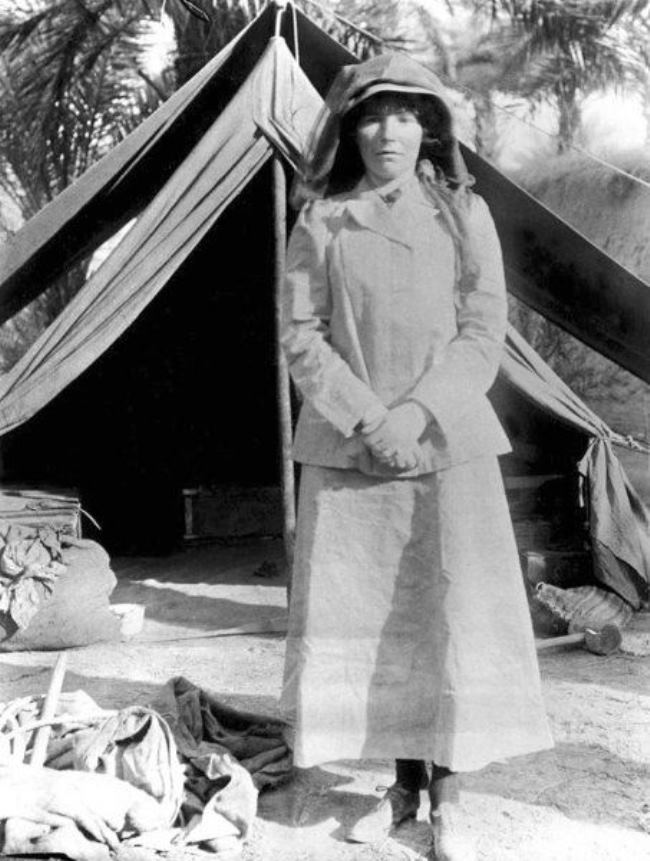 Gertrude Bell in the oasis 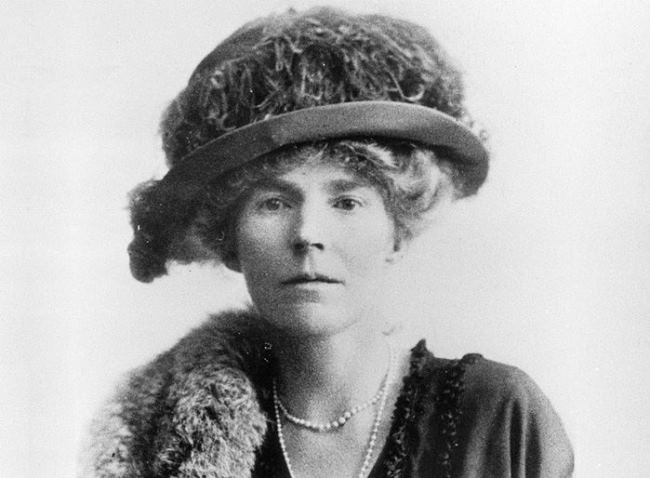 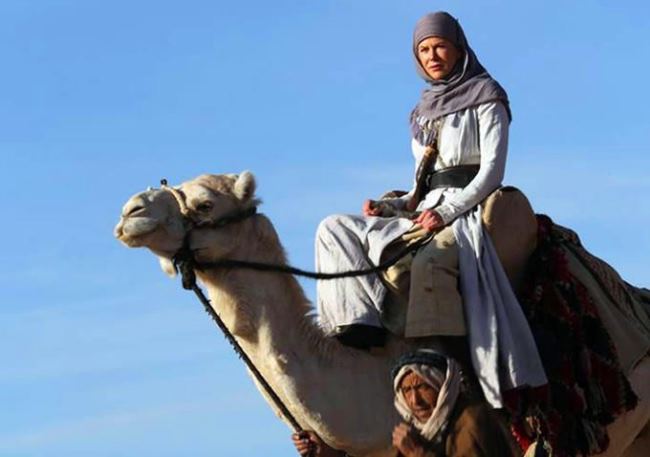