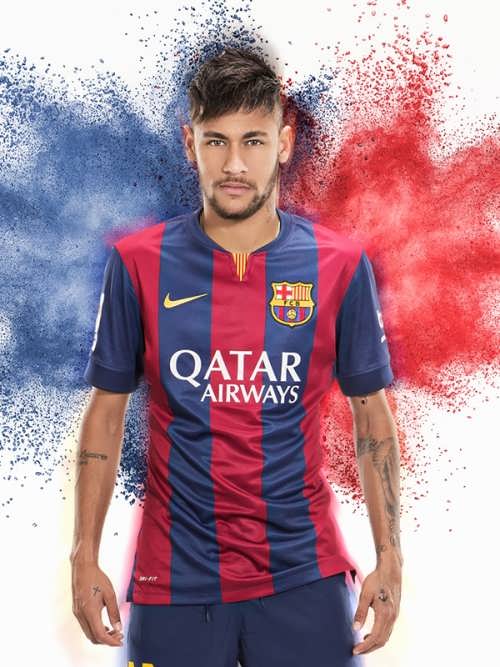 Neymar is a Brazilian football player, a member of Barcelona football club and Brazilian national team. In 2016 he became Olympic champion.
At the age of eleven he played for Santos youth academy. In 2009 he was named the best young player in the Brazilian Paulista League. In 2010, together with Santos he became the champion of the State of São Paulo and the owner of the Brazilian Cup (top scorer of the tournament, 11 goals). At the end of the season he was the best player and the best forward. He is a winner of FIFA Puskás Award. In 2011, he helped Santos to win the Copa Libertadores.
In the summer of 2013 he began playing for Spanish Barcelona. In the season 2014/15, together with the club he won the Championship of Spain, Copa del Rey and UEFA Champions League.

Neymar da Silva Santos Junior was born on February 5, 1992 in Mogi das Cruzes, São Paulo, Brazil. He has a younger sister.
In 1999 the boy joined Santos. At the age of 14 years, he went to the Real Academy, but due to homesickness came back to Brazil. Neymar was famous for playing for the national team in the South American championship. 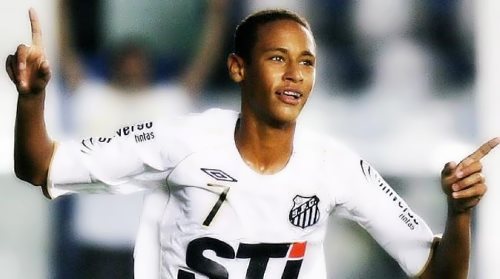 Neymar in his teens

In 2008, Neymar signed his first professional contract with Santos. On March 7, 2009 the Brazilian made his debut in the match against Oeste replacing Mauricio Molina. A week later, in a match with Mogi-Mirim, Neymar scored his first goal for the club.
In spring 2010, Neymar won his first trophy at senior level, becoming the champion of São Paulo; he was also named the best player of the tournament. Subsequently, Santos won the National Cup, and Neymar was the best scorer of the tournament with 11 goals.
In 2011 he was awarded FIFA Puskás Award.
On February 6, 2012 the football player scored his 100th goal at the professional level. In December 2012 Neymar received the prize For outstanding game, becoming the second player after Pele, who was awarded this trophy, and was the top scorer of the season in Brazil, scoring 42 goals in 47 matches. 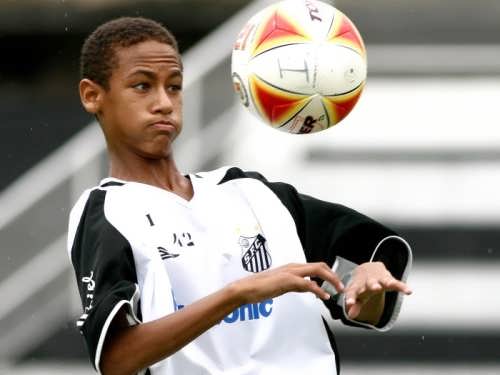 Neymar in his teens

On May 26, 2013 Neymar played the last match for Santos. In the same month the football player was transferred to Spanish Barcelona. His debut in Barcelona was held on July 30, 2013. On September 24 he scored his first goal.
Neymar played his 50th match for the national team of Brazil in the opening match of the 2014 World Cup against Croatia (3: 1) in Sao Paulo.
In 2016, Neymar participated in the Olympic football tournament in Rio de Janeiro as a part of the Brazilian national team. On August 17, 2016 he set a record scoring the fastest goal in the history of the Olympic Games.
19-year-old Neymar became a father: his girlfriend 17-year-old Carolina gave birth to his son, David Lucca. In February 2014 it was reported that Neymar had a love affair with Brazilian model Gabriella Lenzi.
Neymar is the face of many brands: Nike, Sony, Red Bull, AmBev, Santander, Unilever, and Volkswagen.
In 2013, Neymar starred in a cameo role as a guest star of the Brazilian TV series Love of Life (6 series).
In September 2016 Neymar recorded his first song.

Neymar and his son 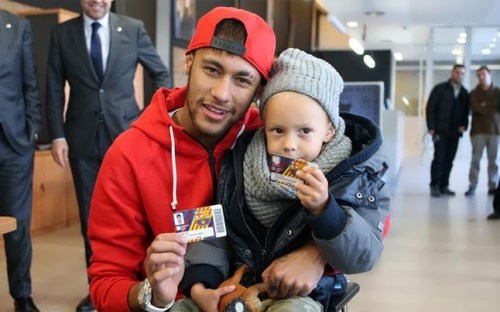 Neymar and his son 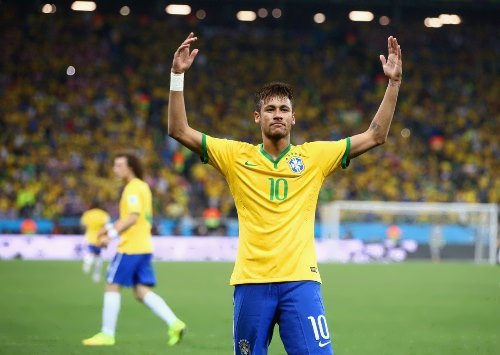 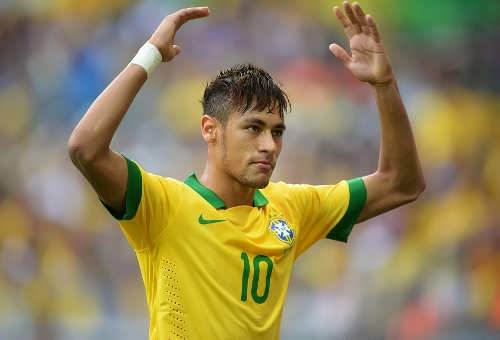 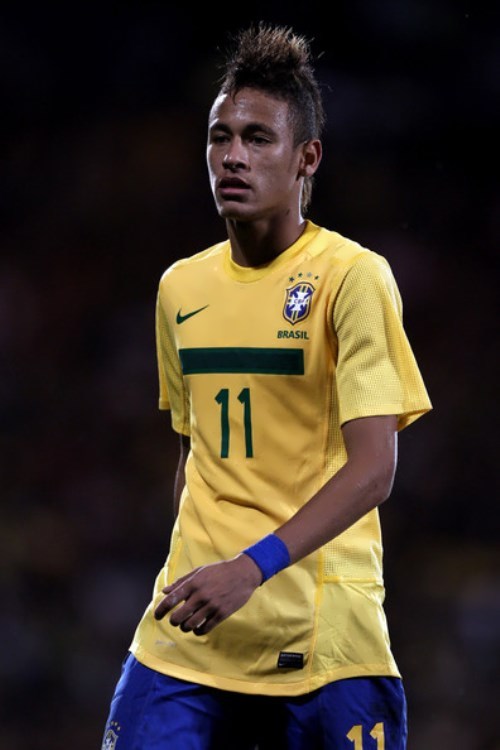 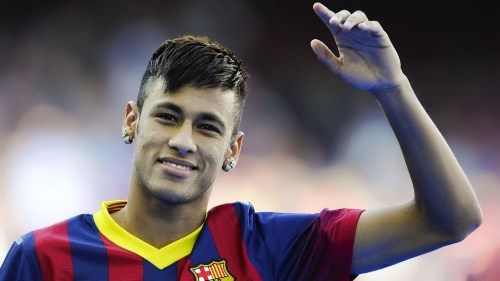 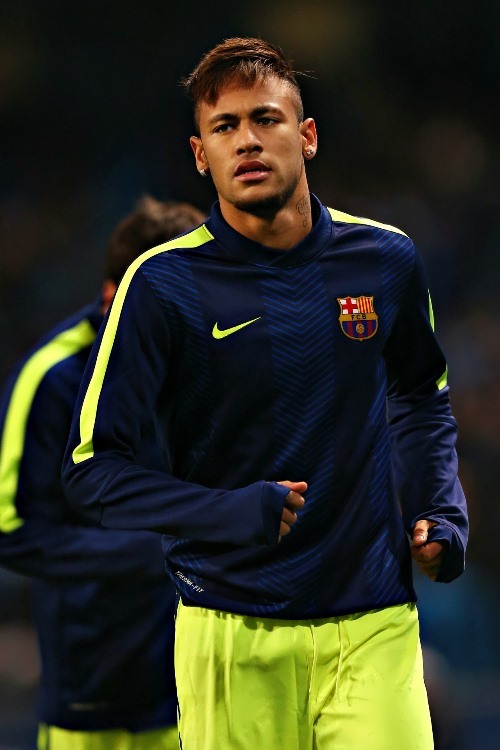 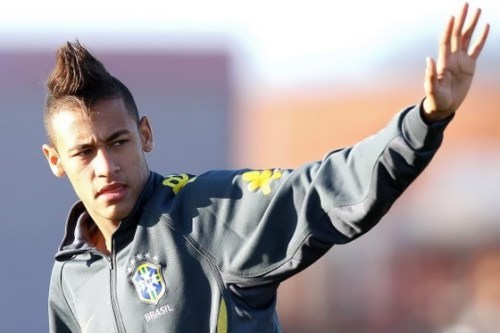 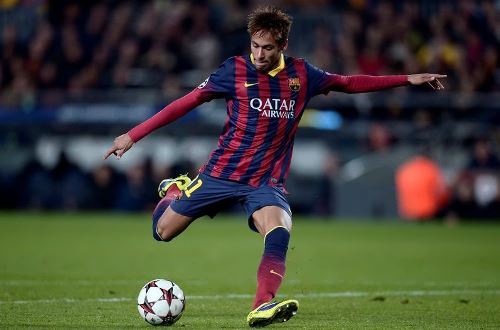 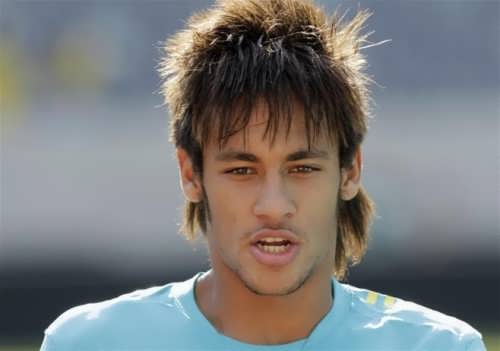 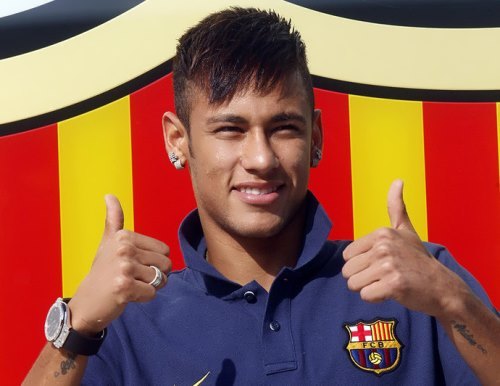 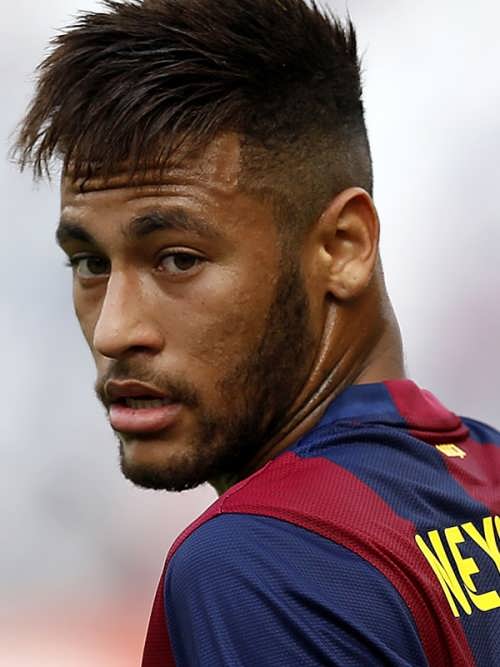 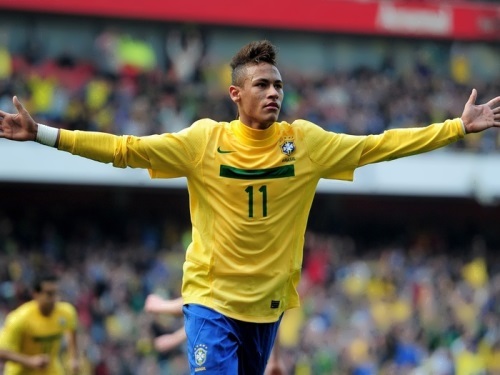 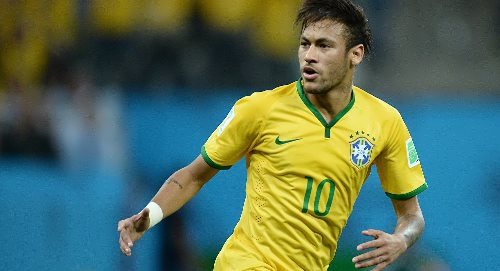 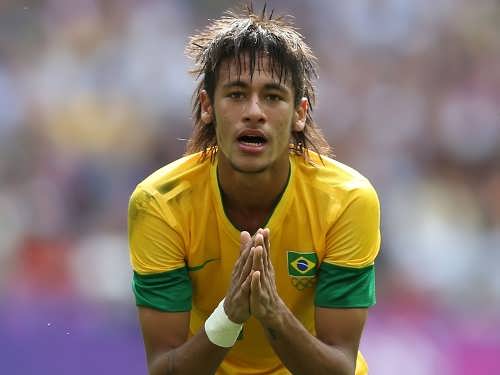 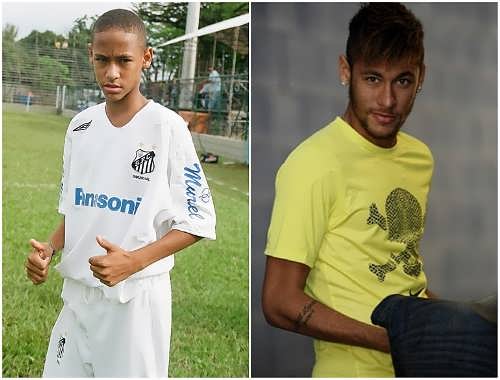 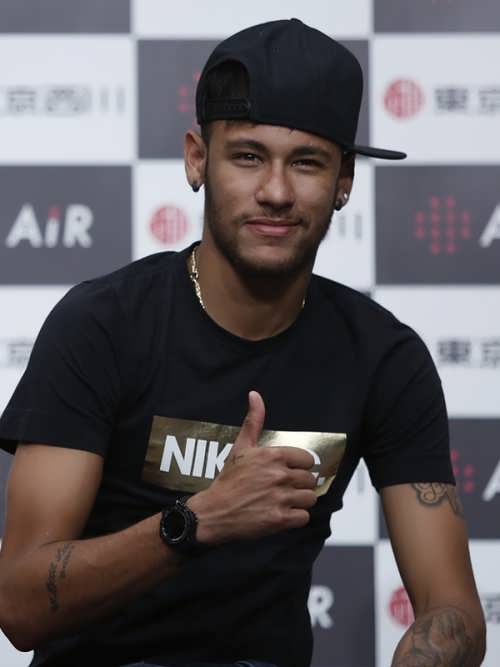 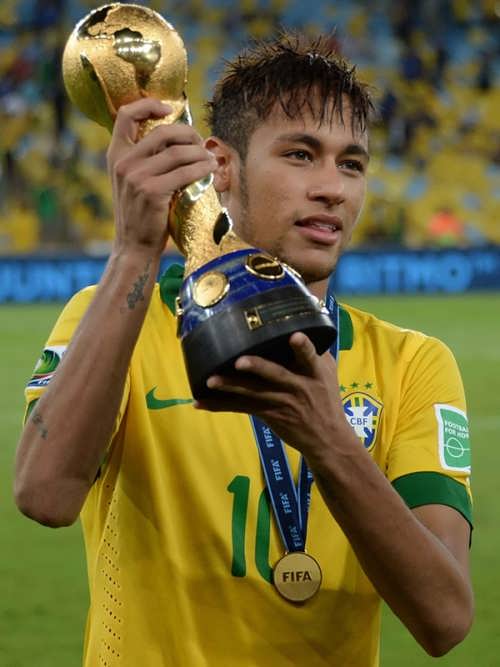 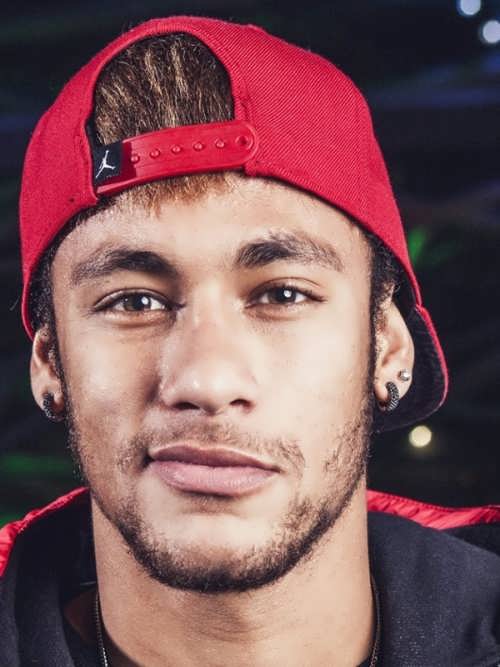 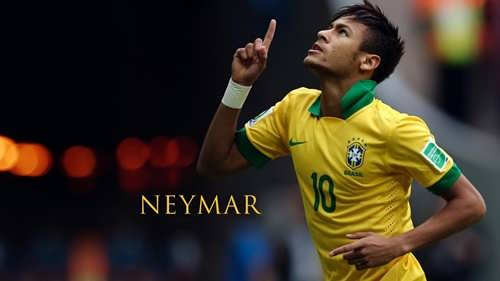 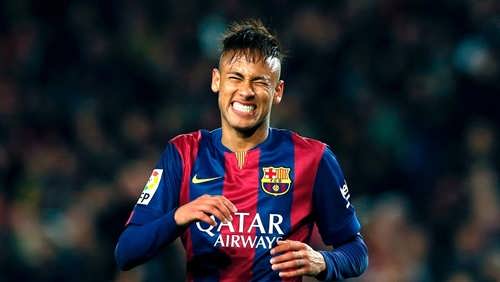 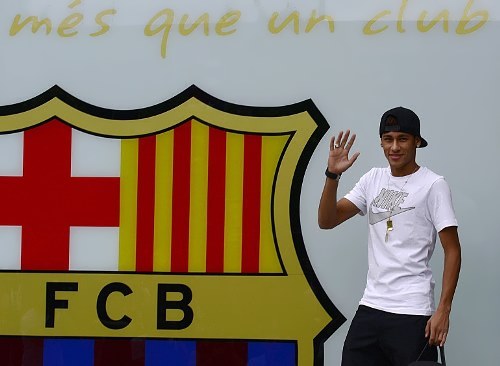 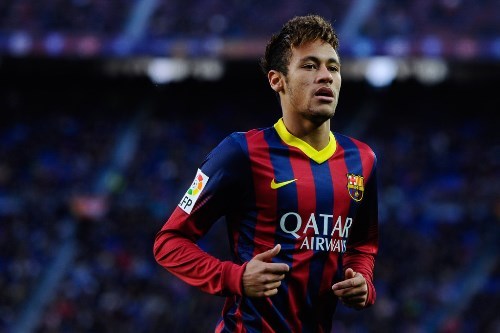 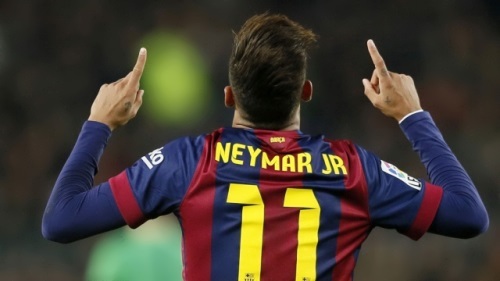 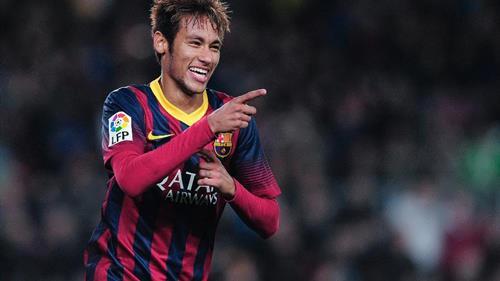 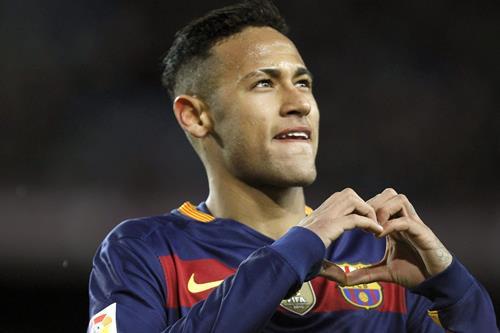 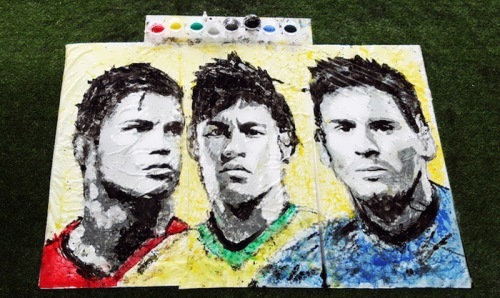 Hong Yi painted the portrait of Neymar with a football