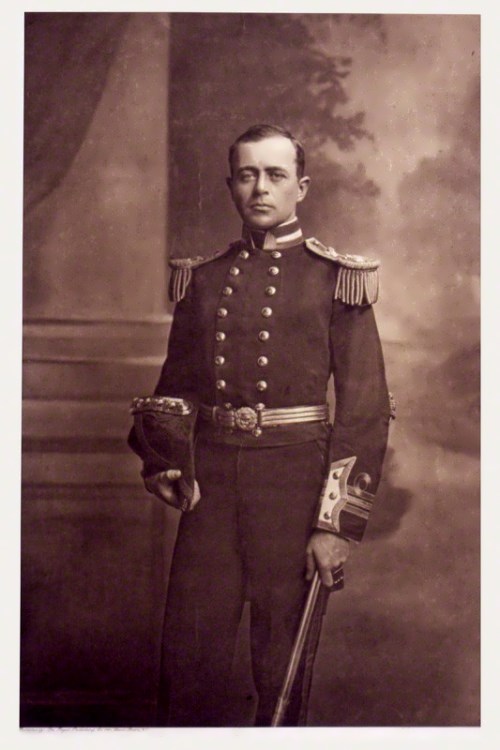 Robert Falcon Scott was a naval officer, the most famous British polar explorer. He made monumental scientific findings in Antarctica. He led two expeditions to the Antarctic; on the second expedition, Scott wanted to get to the South Pole. The journey began on 1st November, 1911. Two months later, after delays caused by bad weather and ill health, Scott began the last part of his journey. One of his four companions was Edward Wilson, who was also with him on the first polar expedition. On 16th January, when they were near the Pole, they saw the Norwegian flag. Roald Amundsen had arrived a month before them. All five men died on the way back to their ship, The Terra Nova.
Robert was born on June 6, 1868 in Devonport, Devon.
In 1880 he entered the naval college, and 2 years later became a midshipman. In 1897 he was promoted to first lieutenant.

In 1899, Scott was chosen to head the National Antarctic Expedition.
In August 1901, the Discovery, with Scott as commander, sailed south and reached the Ross Sea in January 1902.
On December 30, 1902, Scott and two of his associates reached latitude 8216’33‘‘S over the Antarctic Plateau. 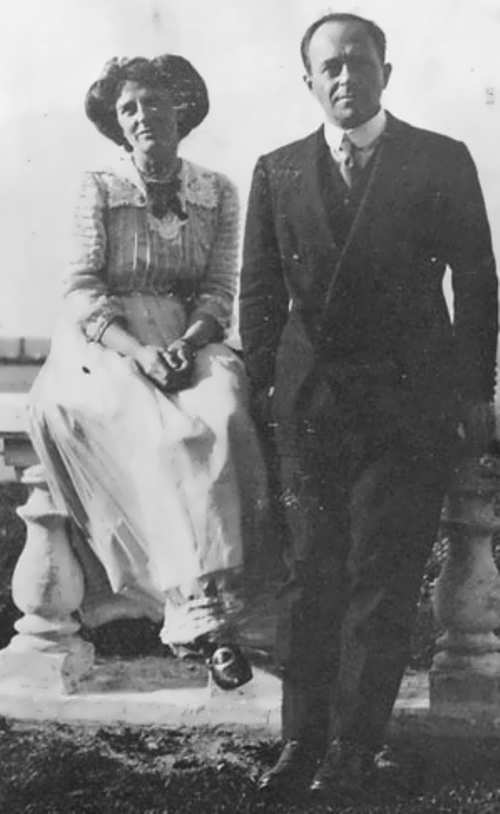 In April 1904 the expedition reached New Zealand.
In 1909, Scott became a naval assistant at the Admiralty. In the same year he announced plans to reach the South Pole. British and Dominion governments gave financial support, and the Terra Nova sailed in June 1910.
On January 18 the party, composed of Scott and four others, reached the South Pole and found there the Norwegian flag.
On March 29 Scott made his last journal entry. Eight months later a relief expedition found the tent, bodies, journals, and records.
Robert Falcon Scott died in 1912. He and his companions died on the way back from the cold, hunger and physical exhaustion.
After his death, Scott became a national hero in Britain. 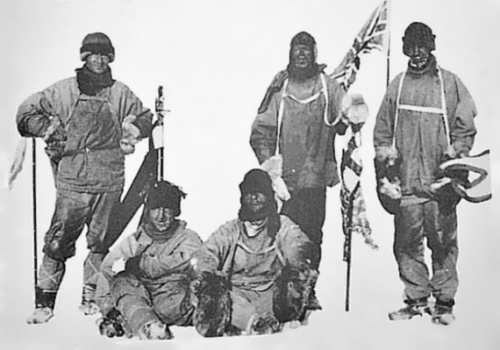 Last photo of the team 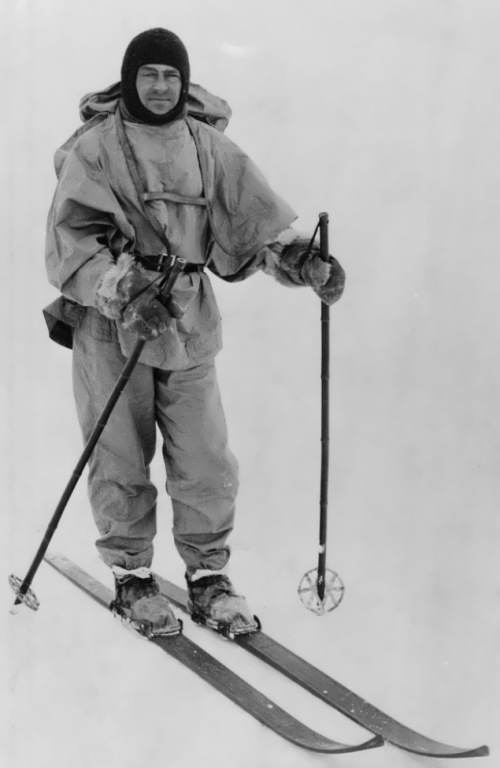 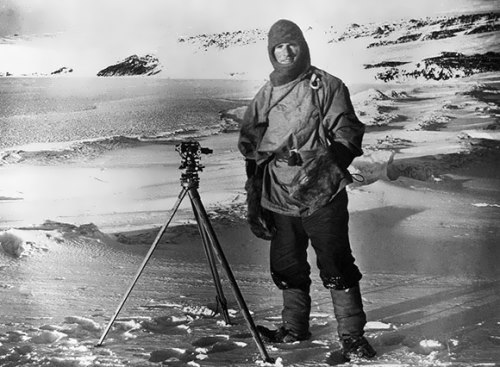 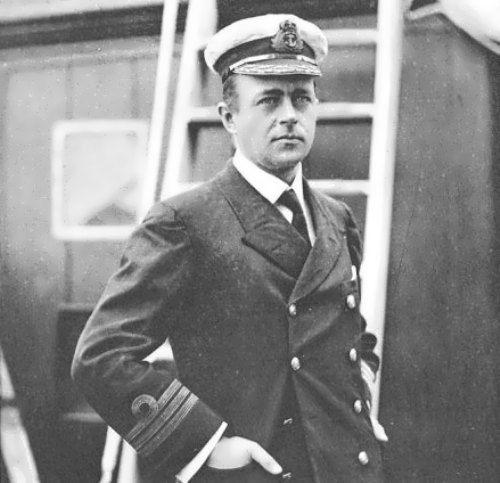 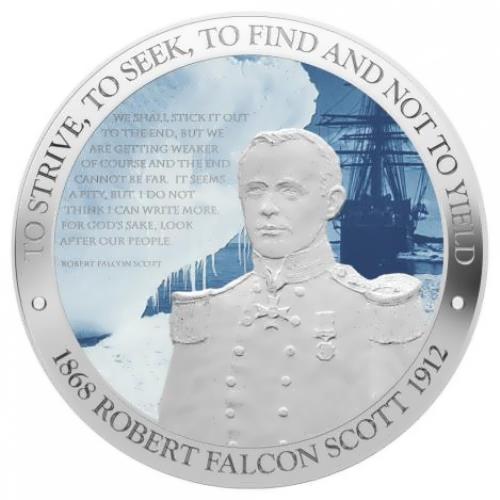 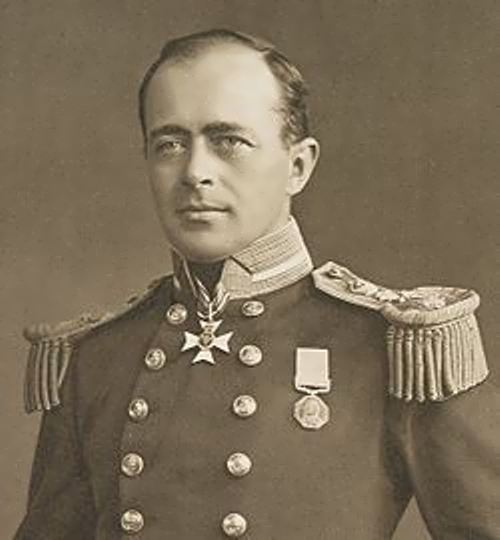 Sculpture of Robert Scott at the docks in Portsmouth 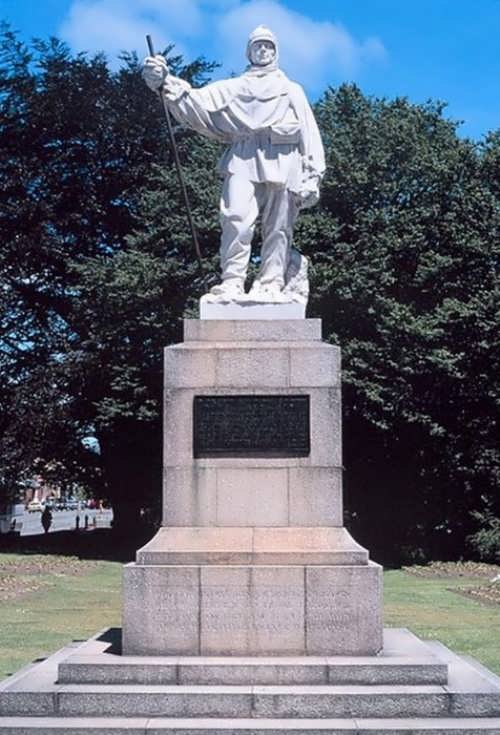