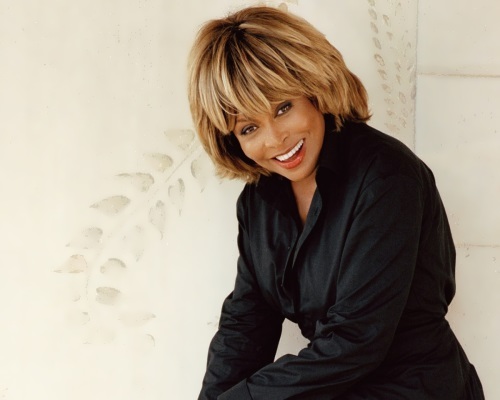 Tina Turner is an American singer, songwriter, actress and dancer. She is the winner of eight Grammy awards. Tina was in the list of top ten dancers in the world. Rolling Stone magazine named her one of the greatest singers of our time.
Anna Mae Bullock (her real name) was born on November 26, 1939, Natbush, Tennessee. Her parents divorced when Anna was 10 years old. After that, Anna and her elder sister, Ruby Ellen, were brought up by their grandmother. After grandmother’s death, sisters and their mother moved to St. Louis. Elder sister often took her to the nightclubs of the city. Once in the club Imperial Anna met rhythm and blues musician Ike Turner. At the age of 18, she became a lead singer in his band Kings of Rhythm. Ike changed Anna’s name to Tina Turner and named his band Ike & Tina Turner Revue. In 1962, the couple got married in Tijuana, Mexico. Turner raised four boys – Ike Jr. and Michael (Ike’s sons from a previous relationship) and two her own children – Craig (Anna’s son born in 1958 from her relationship with Raymond Hill, a saxophone player from Ike’s band) and Ronald (the only child they have together, born in 1961).

In 1960 Ike and Tina recorded a series of hits, including songs A Fool in Love, It’s Gonna Work Out Fine, I Idolize You and River Deep, Mountain High. Their very energetic cover of the song Proud Mary by Creedence Clearwater Revival remains the signature hit. This duet song gained huge commercial success, reaching fourth place in the Billboard Hot 100 chart in March 1971. The single also earned Grammy.
In the mid-1970s, Tina’s marriage and career were in decline. In 1976, after a scandal Tina left Ike. She appeared in television shows such as Hollywood Squares, Donny and Marie, Sonny and Cher Show and The Brady Bunch Hour. Ike and Tina divorced in 1978 after 16 years of married life.
In 1978, Tina released her first album after the break up with Ike. The following year she released her next album Love Explosion. Tina toured around the world.
In December 1983 the single Let’s Stay Together was on the 6th place in the UK and became a hit in Europe. In March 1984, the single hit the top thirty American pop charts. 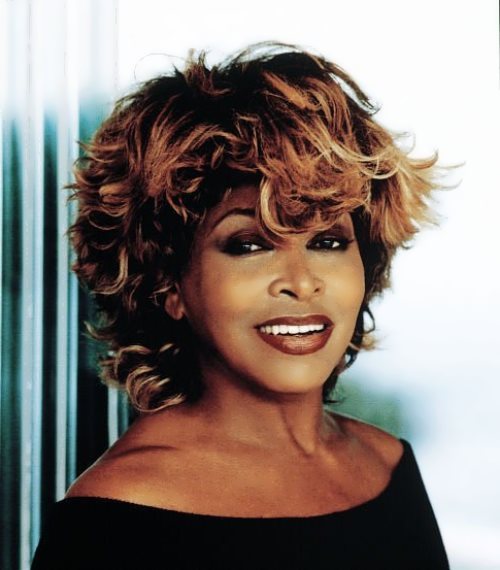 In 1984, Turner made what would later become known as “spectacular return in the history of rock music”. In May, Capitol released single What’s Love Got to Do With It?. It became a worldwide hit and reached number 1 on the Billboard Hot 100. The album Private Dance released in June 1984 became her most successful album. Turner was awarded two MTV Video Music Awards, two American Music Awards and four Grammy statuettes.
In February 1985, Turner went on her first solo world tour The Private Dancer Tour with 170 concerts in the United States, Asia, Europe and Australia.
After the success of the album, Turner got the role in the movie Mad Max Beyond Thunderdome, for which she later won NAACP Image Award as Outstanding Actress.
In 1986 Tina released the album Break Every Rule. In the same year she published her autobiography “I, Tina”, written with Kurt Loder. That summer the singer received a star on the Hollywood Walk of Fame. 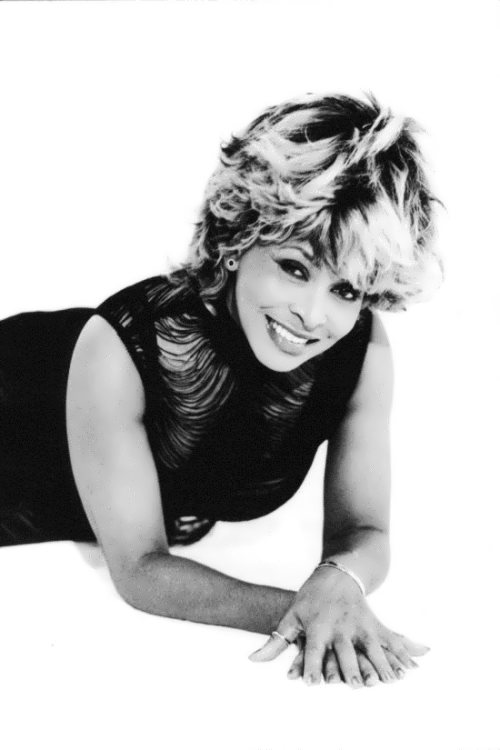 On January 16, 1988, Turner got into the Guinness Book of Records, performing in front of the largest paid audience – more than 188 thousand people in the Maracana stadium in Rio de Janeiro.
In late 1989, Turner released her seventh studio album, Foreign Affair.
In 1991, Ike and Tina Turner were inducted into the Rock and Roll Hall of Fame.
In 1993, Tina’s autobiography was the basis of the film What’s Love Got to Do With It? Tina re-recorded several songs, including A Fool in Love, It’s Gonna Work Out Fine, Nutbush City Limits and Proud Mary. She also recorded a cover version of the song Disco Inferno, I Do not Wanna Fight and rhythm and blues ballad Why Must We Wait Until Tonight, written by Bryan Adams.
In 1995, Turner recorded soundtrack for the next James Bond film – GoldenEye.
In 1996, Tina released another album – Wildest Dreams.
In 2005, Turner received the Kennedy Center Honors in Washington, along with other artists.
On February 10, 2008 68-year-old Turner performed with Beyoncé at the 50th Grammy awards ceremony. 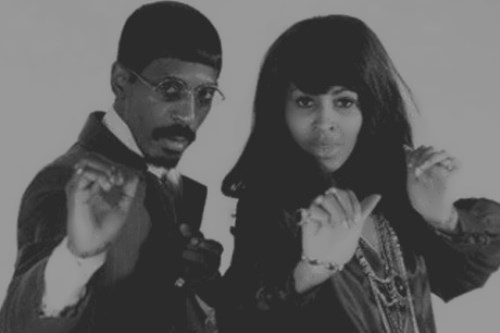 On July 15, 2013 Tina married music producer Erwin Bach (16 years her junior). Now Tina is a citizen of Switzerland, where she lives with her family. 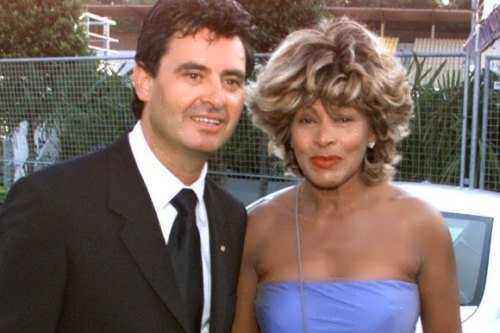 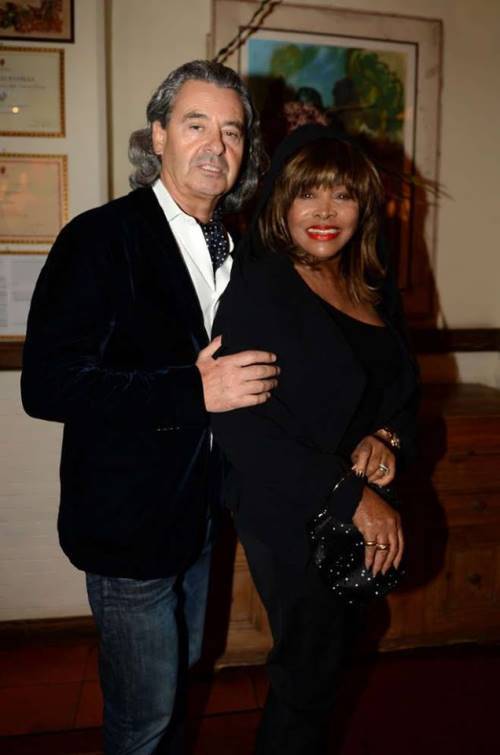 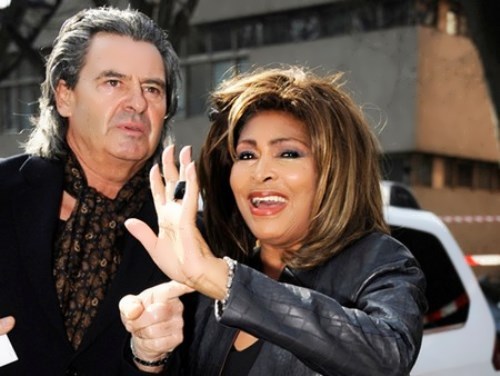 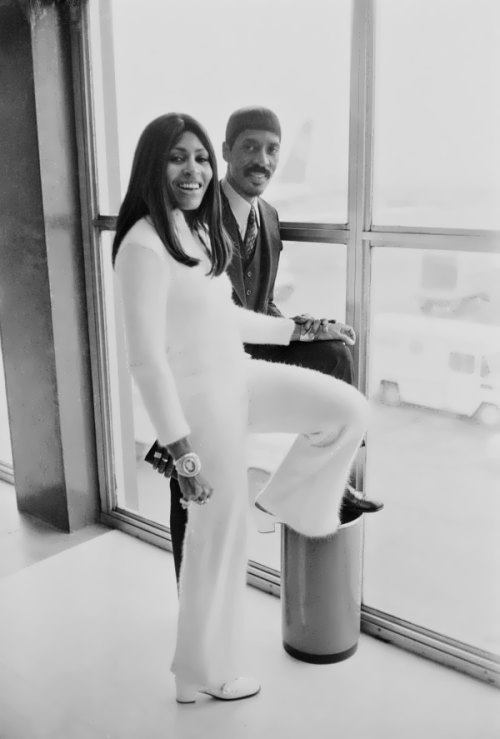 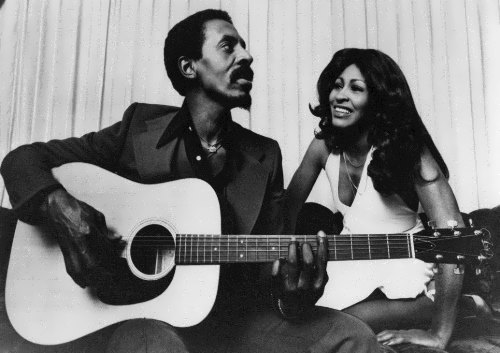 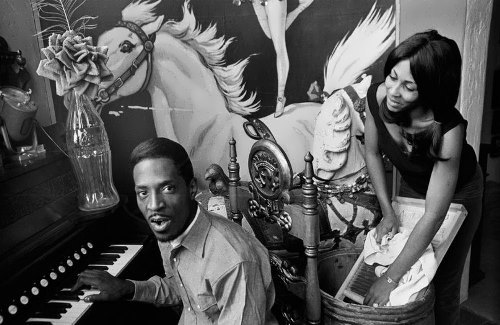 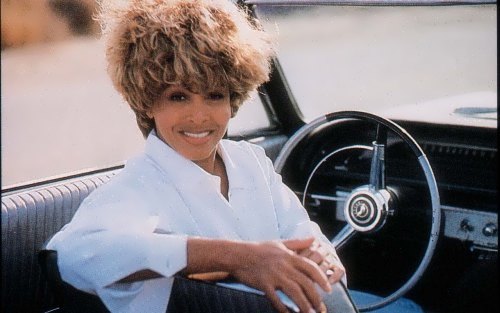 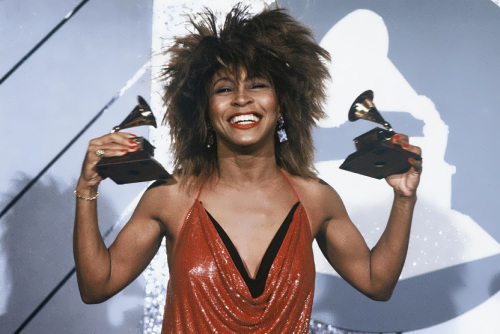 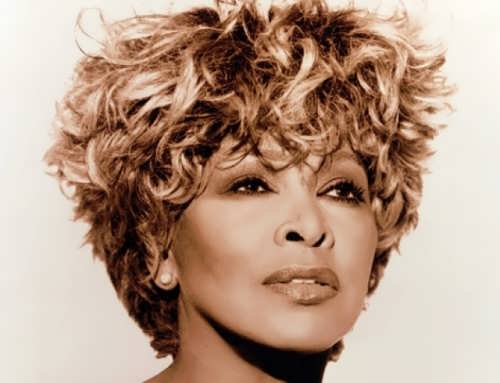 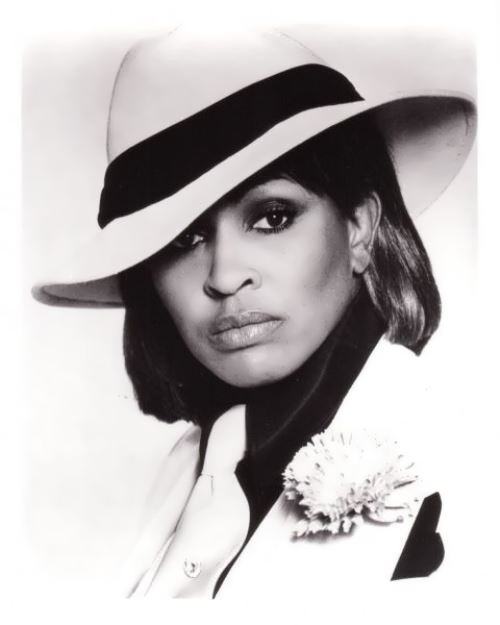 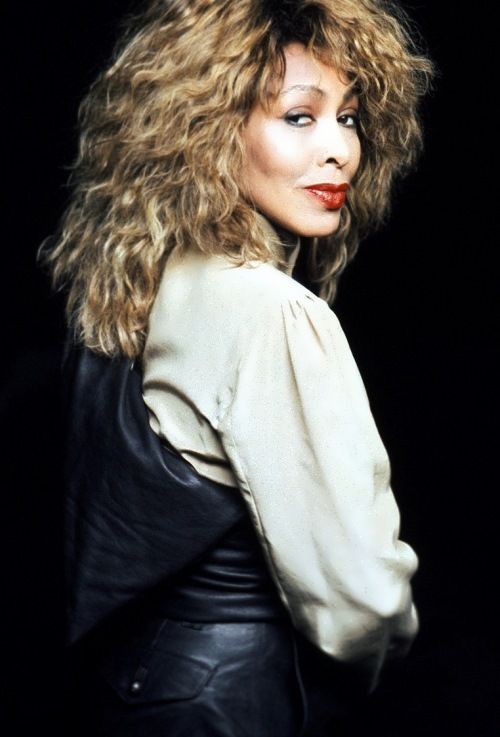 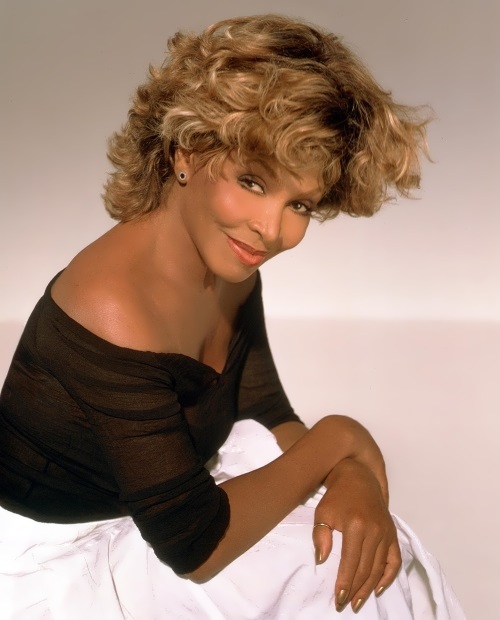 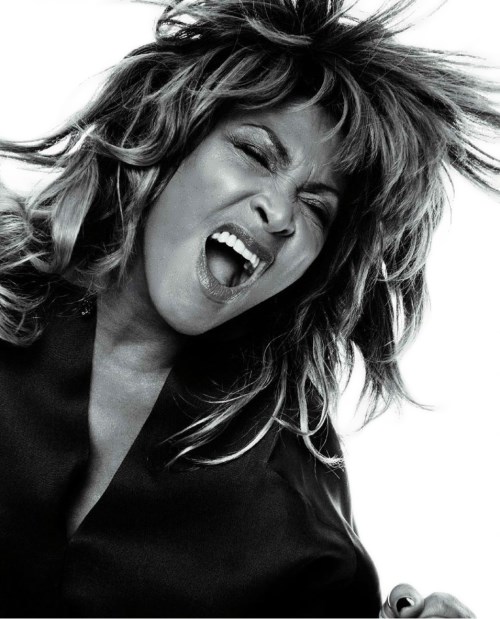 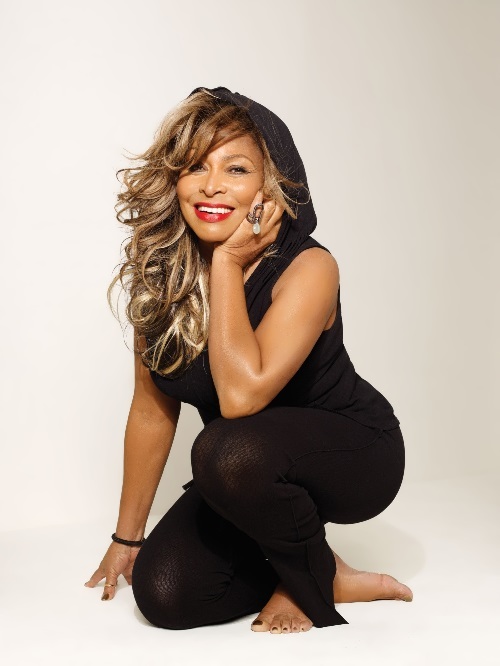 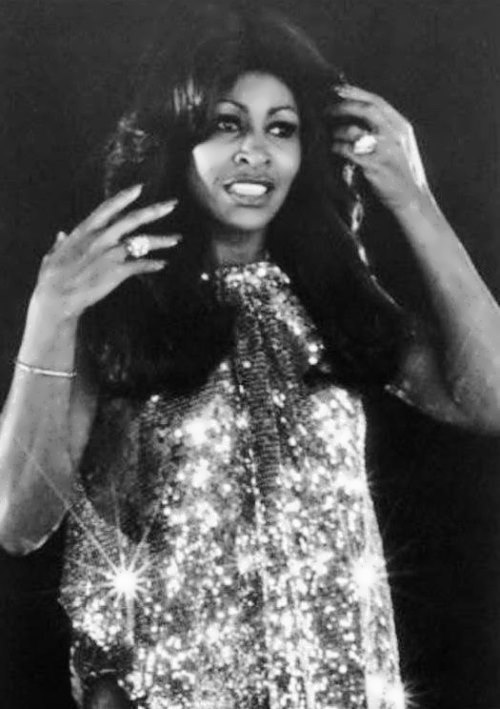 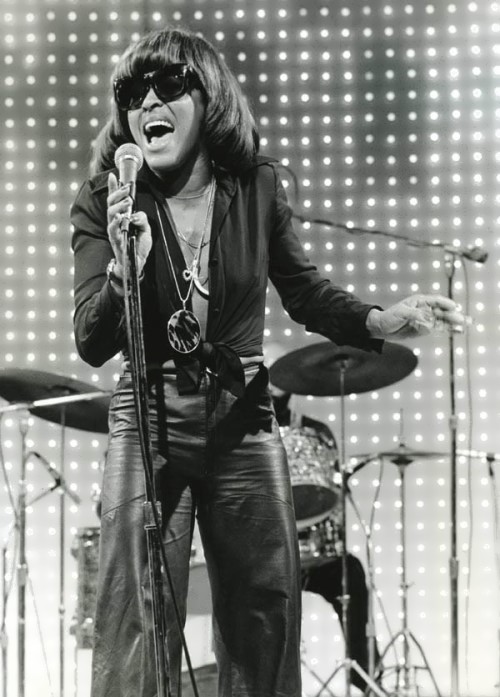 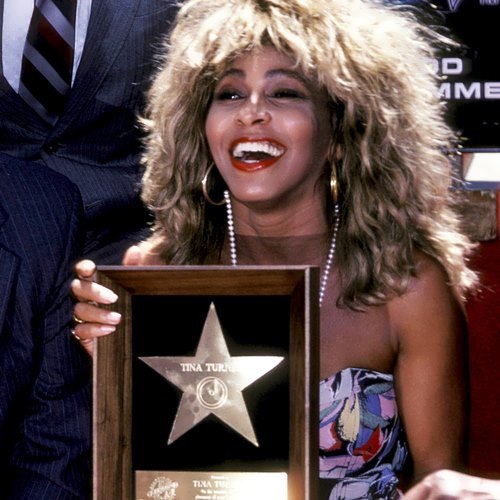 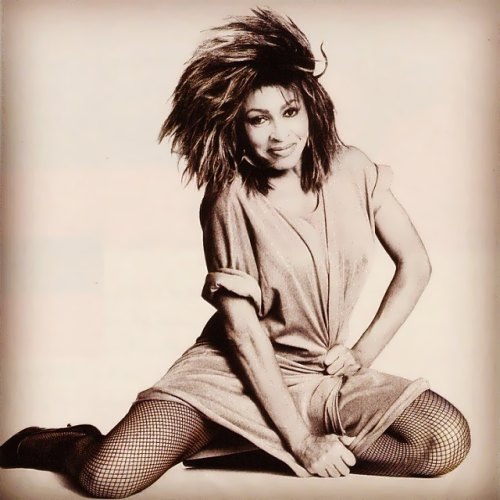 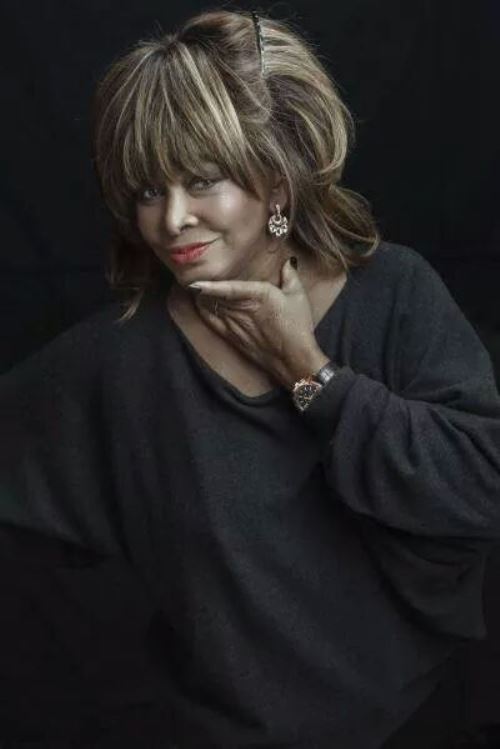 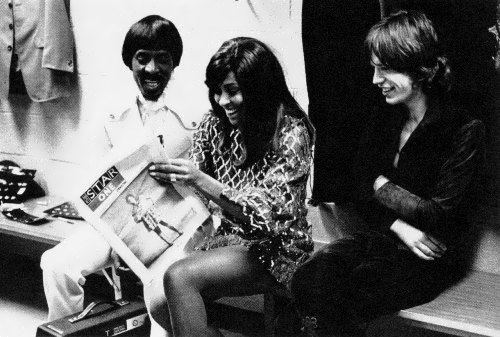 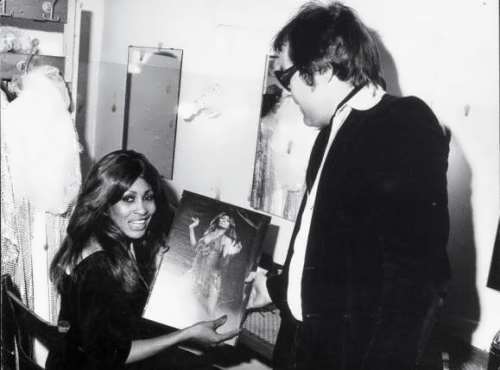 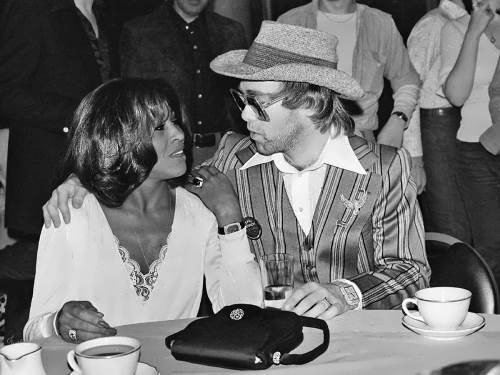 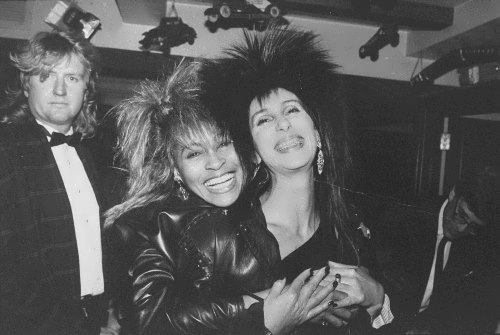 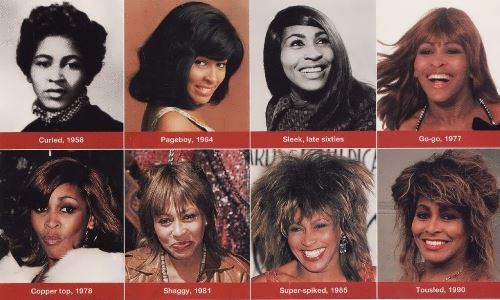 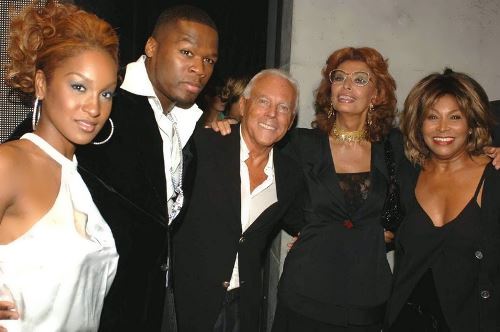 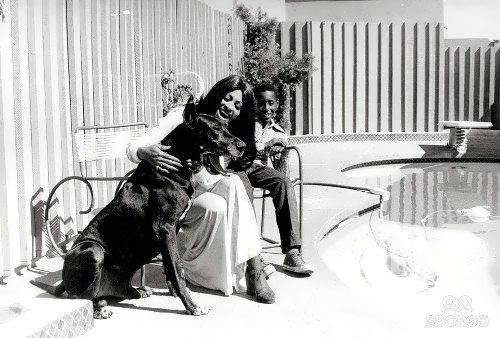 Tina Turner with her son Ronnie, 1970