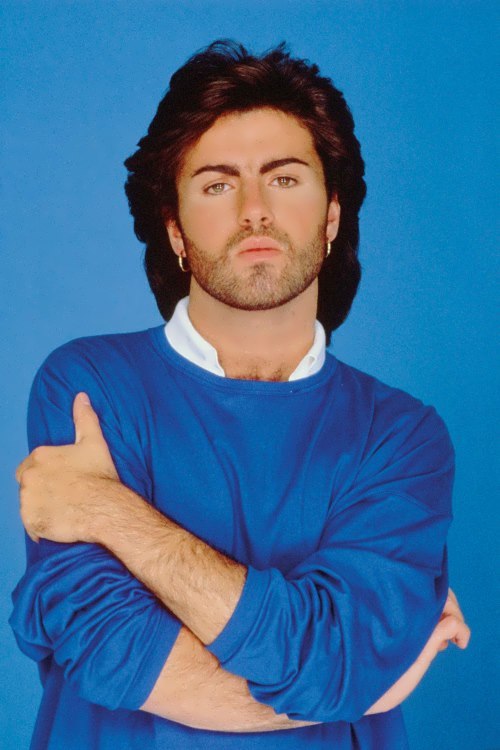 George Michael was a British singer, poet and composer of Greek origin. During his musical career (solo and as part of the duo Wham!) nearly 100 million copies of his records were sold. He is a winner of two Grammy awards – Album of the Year (Faith, 1988) and Best R&B duo (with Aretha Franklin song I Knew You Were Waiting (For Me), 1987).
Georgios Kyriacos Panayiotou (his real name) was born on June 25, 1963 in London.
His musical career began in 1981 when he and his school friend Andrew Ridgeley formed the band The Executives. The group wasn’t successful and Michael together with Ridgeley decided to perform as a duo called Wham!. Despite the huge commercial success of the songs Wake Me Up Before You Go-Go and Last Christmas, the group disbanded in 1986. Their singles Careless Whisper (1984) and A Different Corner (1986) were actually performed by George Michael.
END_OF_DOCUMENT_TOKEN_TO_BE_REPLACED 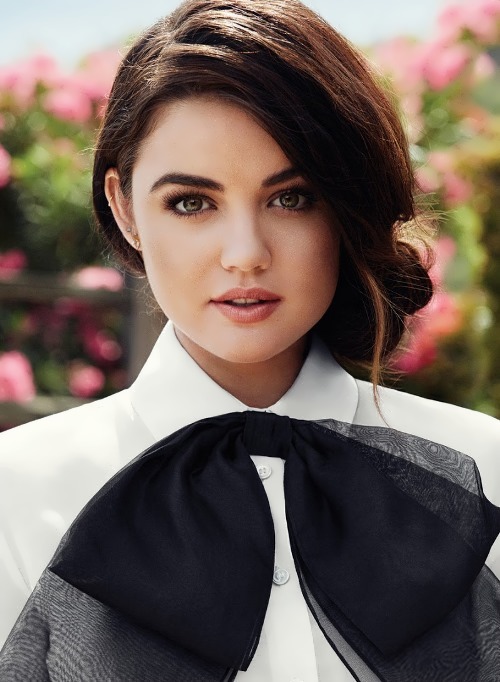 Lucy Hale is an American film and television actress, country singer, songwriter, designer, model and public figure.
Karen Lucille Hale was born on June 14, 1989 in Memphis, Tennessee. Lucy has elder sister Maggie. Their parents divorced when they were teenagers. At the age of 8 Lucy began singing. In 2012, Hale admitted that as a teenager she suffered from anorexia.
13-year-old Lucy and her mother went to Los Angeles to take part in American Juniors. The girl became popular thanks to the performance of the 1980s hit Call Me, and later recorded a few solo songs for the album Kids in America. In 2003 Hale appeared in such television projects as An American Idol Christmas, Entertainment Tonight and Slime Time Live on Nickelodeon. In 2005, Lucy finally moved to Los Angeles, where she was invited to take part in such shows as The OC, Drake and Josh, How I Met Your Mother, Secrets of a Small Town. On the set of the TV series Wizards of Waverly Place Lucy met actor David Henry who became her boyfriend.
END_OF_DOCUMENT_TOKEN_TO_BE_REPLACED 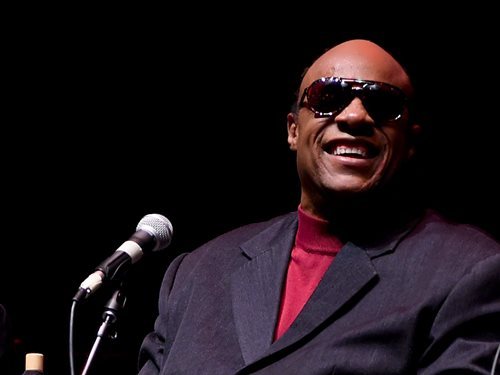 Stevie Wonder is an American soul singer, songwriter, pianist, drummer, harper, music producer and activist, who has had a huge impact on development of music of the XX century. He is 25-time Grammy Award winner. Stevie is one of the founders of classic soul and R’n’B. The singer became blind shortly after birth. At the age of eleven he signed his first recording contract with Motown Records Corporation. Along with Ray Charles, Stevie Wonder is the most famous and popular blind musician in the world.
Some of his most famous songs are My Cherie Amour, For Once in My Life, Pastime Paradise, Superstition, Living For The City, Skeletons, All In Love Is Fair, Sir Duke, I Wish, Is not She Lovely. The most famous song in Russia is I Just Called to Say I Love You. Wonder has written more than 2,000 songs and recorded more than 30 albums. He is also known for his work as a political activist, defender of the rights of African Americans. In 2008, Billboard magazine published a list of 100 best artists of all time, in which Wonder took the fifth place.
In 1989 he was inducted into Rock and Roll Hall of Fame and in 1983 into Composers Hall of Fame.
END_OF_DOCUMENT_TOKEN_TO_BE_REPLACED 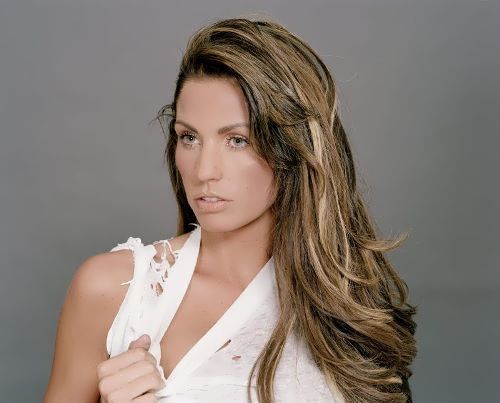 Katie Price is a British singer, songwriter, media personality and fashion model, TV presenter, writer, actress, fashion designer and businesswoman.
Katrina Amy Alexandria Alexis Infield (her real name) was born on May 22, 1978 in Brighton, East Sussex, England. She has elder brother Daniel and younger half-sister Sophia. Price is the surname of her biological father.
After graduating from high school Katie decided to become a model. The girl was invited to work in one of the leading modeling agencies in London. She took the pseudonym Jordan.
Jordan appeared on the covers of many magazines: FHM, Maxim, Nuts, Front, Zoo Weekly, Sky, Esquire, Loaded. She also starred for six issues of Playboy Book of Lingerie. In the 2000s, Katie took part in a number of documentaries about the modeling industry, where she played herself.
END_OF_DOCUMENT_TOKEN_TO_BE_REPLACED 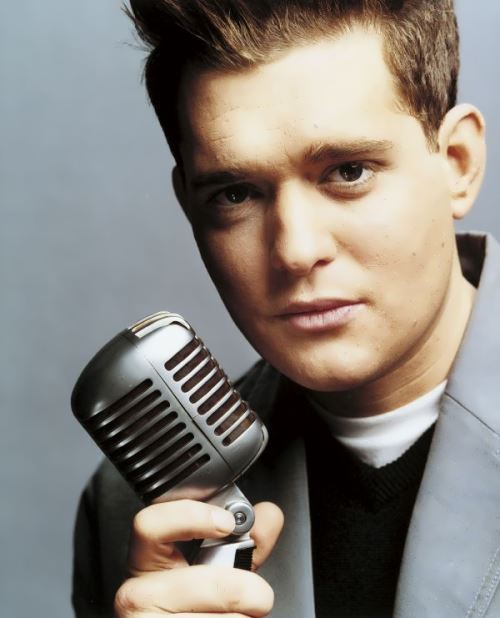 Michael Buble is a Canadian crooner. He is a leading contemporary artist performing the songs from Great American Songbook, winner of several awards (Grammy and Juno Awards). In 2003, his album reached the top ten in Lebanon, the UK and his home country. The album It’s Time released in 2005 was the biggest success in the US. More than 30 million albums were sold.
Michael Steven Buble was born on September 9, 1975 in Burnaby, British Columbia in the family of a fisherman of Italian origin. As a child, Michael often listened to jazz record collections of his grandfather. Michael recorded three independent albums, and one of them was a gift to his grandfather.
In 2000 Buble received two Genie Awards for two songs that he wrote for the film Here’s to Life.
END_OF_DOCUMENT_TOKEN_TO_BE_REPLACED 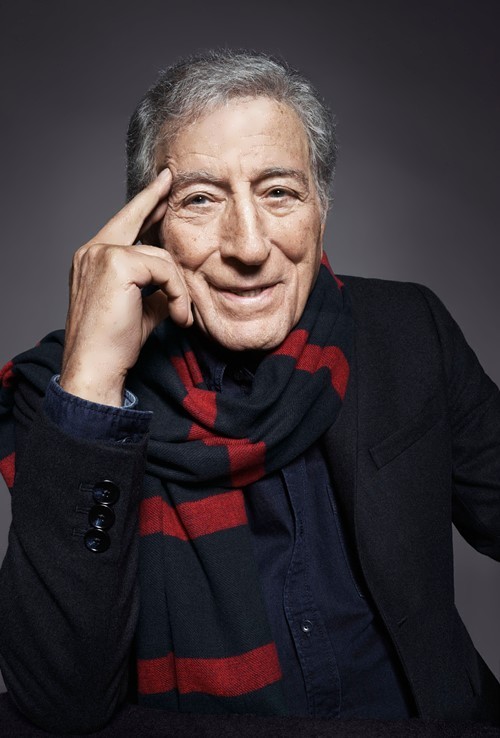 Tony Bennett is an American popular singer. He is a performer of swing and pop music with elements of jazz, mainly from the repertoire of Great American Songbook. Bennett joined the Italian-American bel canto tradition represented by such singers as Frank Sinatra and Vic Damone. In fact, Sinatra often publicly referred to Bennett as his favorite singer. Having achieved enormous popularity in the early 1950s, Bennett began to lose audience with the advent of rock music. At the end of the 1980s and 1990s, Bennett gradually caught up popularity. In the 1990s and 2000s he received numerous Grammy awards for traditional pop music.
Anthony Dominick Benedetto (his real name) was born on August 3, 1926 in New York City. His father was a grocer, who emigrated from Podàrgoni (rural areas of the South-eastern part of the Italian city Reggio Calabria), and his mother was a seamstress. There were three children in the family. His father died when Anthony was 10 years old. Young Benedetto was fond of listening to Eddie Cantor, Judy Garland and Bing Crosby, as well as jazz artists such as Louis Armstrong, Jack Teagarden and Joe Venturi.
END_OF_DOCUMENT_TOKEN_TO_BE_REPLACED 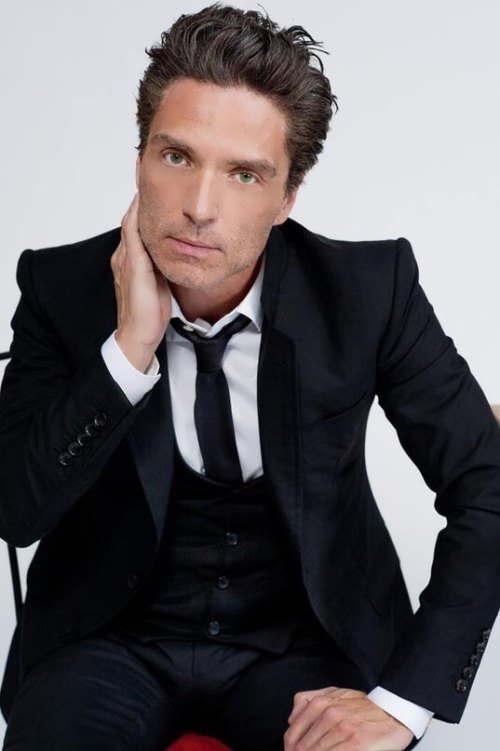 Richard Marx is an American pop and rock singer, songwriter and producer. He is best known as the author and performer of ballads.
Richard Noel Marx was born on September 16, 1963 in one of the largest US cities – Chicago. His mother was quite successful pop singer, and his father wrote short songs for commercials and television programs.
In the mid-1980s, Marx was a backing vocalist in concerts by popular artists such as Madonna and Whitney Houston. He sang with Lionel Richie at the recording of his super hit All Night Long (1984). Then he began to write his own songs, which were performed by Chicago and “the king of love songs” Kenny Rogers.
END_OF_DOCUMENT_TOKEN_TO_BE_REPLACED