Queen Hatshepsut, along with Cleopatra and Nefertiti, is among the great rulers of Ancient Egypt. It was largely thanks to her that Egypt became the world power of her time. Her parents were King Thutmose I and Queen Ahmose. Hatshepsut married her half-brother Thutmose II.
Her father died in about 1482 BC and Hatshepsut came to power. During Thutmose II’s lifetime Hatshepsut was merely a principal queen bearing the titles King’s Daughter, King’s Sister, God’s Wife, and King’s Great Wife. In 1479 BC her husband died in the eighth year of his reign. Some historians later suggested that Hatshepsut had him poisoned to become the ruler herself. Thutmose III, her stepson, then became king, but he was too young to rule and she had begun to rule Egypt as regent.

Hatshepsut claimed that the god Amon had spoken to her personally and told her to take the throne. So, she crowned herself as pharaoh.
In the sixth year of her reign as pharaoh she sent five boats south along the Red Sea to the land of Punt. Hatshepsut claimed hers was the first expedition.
Senmut was among the many officials on whose support Hatshepsut must have depended. She entrusted him with the guardianship of the heir to the throne, the princess Ranefru, her daughter by her marriage to Thutmose II.
The queen had a temple built in her honor near the city of Thebes. Paintings on the temple walls record major events of her reign.
Hatshepsut died in about 1458 BC. She held effective power for over 20 years. Thutmose III then took power. 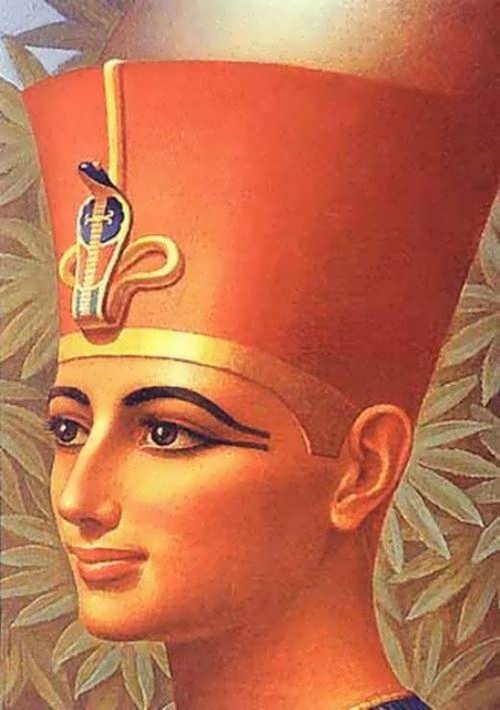 Hatshepsut had a tomb excavated for herself in the Valley of the Kings. Her death to this day remains a mystery. The tomb of the wise ruler was empty. Some researchers believe that in the year when Thutmose III became the next Egyptian pharaoh, the queen was not dead, but she was expelled from the country.
Hatshepsut’s name, variously rendered as Hashepsowe, Hatasu, Hatshopsitu, Maatkare, meant “foremost of the royal ladies.”
Hatshepsut was one of the most prolific pharaohs-builders of Ancient Egypt. Hundreds of beautiful buildings were created, both in Upper and Lower Egypt: the temple in Deir el-Bahri, the Red Sanctuary for the ceremonial boat of the god Amun and the giant obelisks in Karnak, the sanctuary of the goddess Mut and much more. 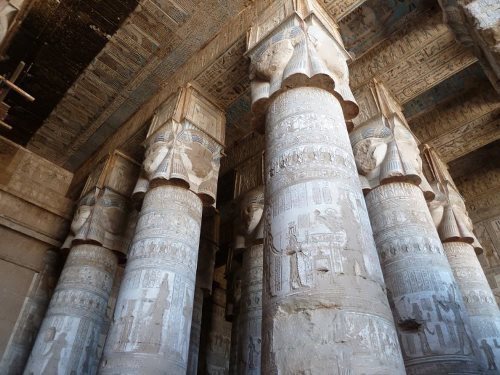 Columns in the Temple of Hatshepsut 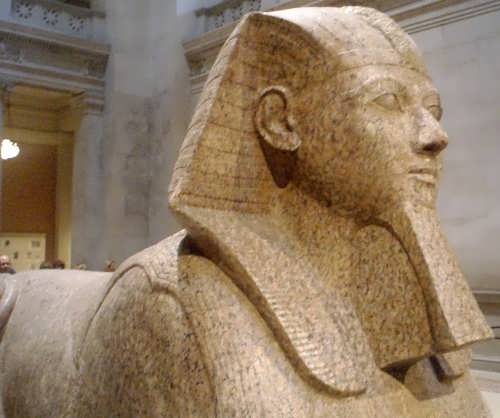 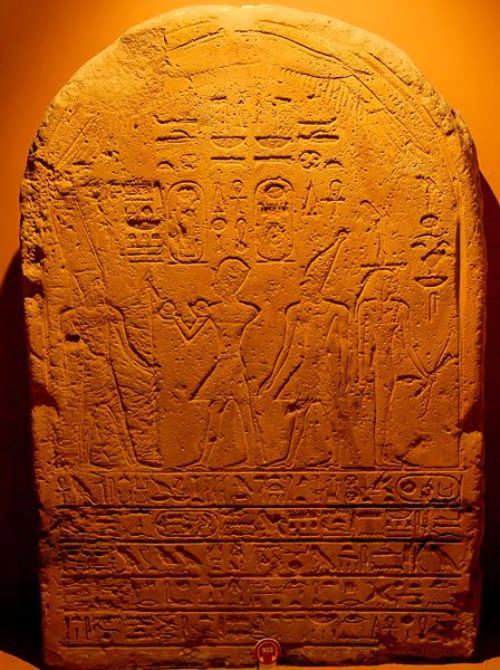 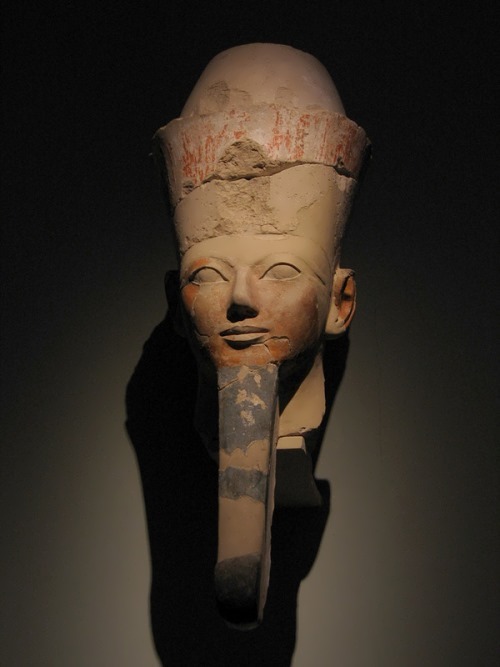 Head of Hatshepsut from the temple in Deir el-Bahri. The Metropolitan Museum of Art, New York 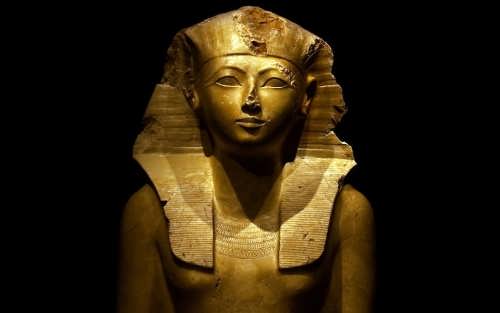 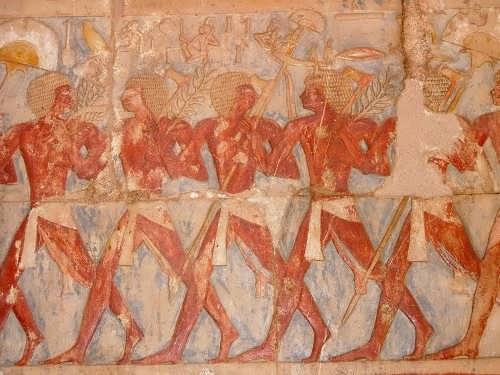 Painting in the temple of Hatshepsut 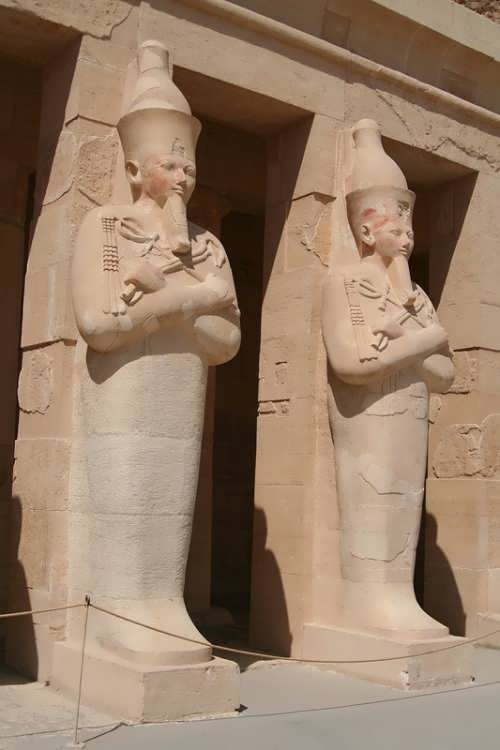 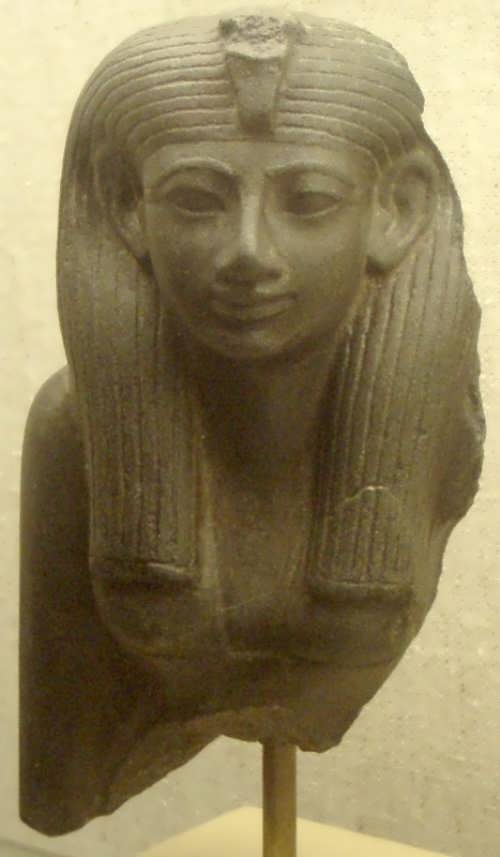 Statue of Hatshepsut in the Boston Museum of Fine Arts 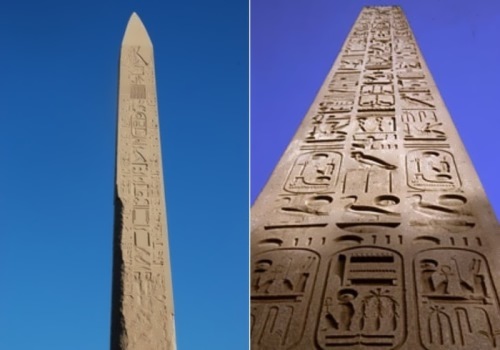 Stela in the temple of Amun-Re, Karnak 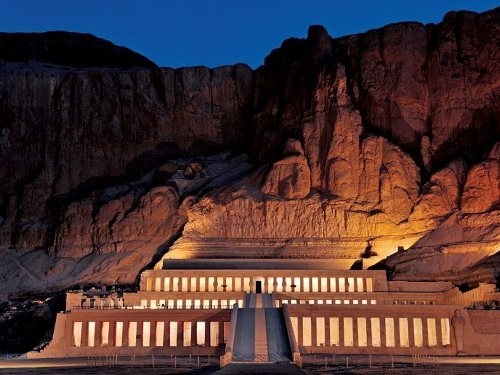 Temple of Hatshepsut at night 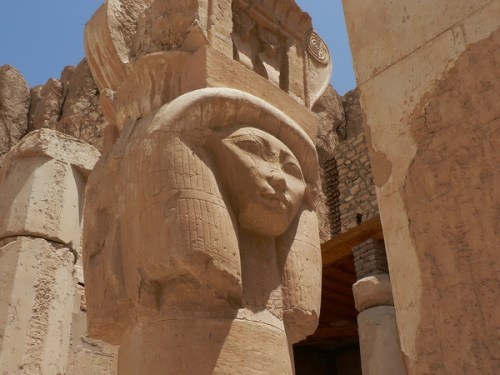 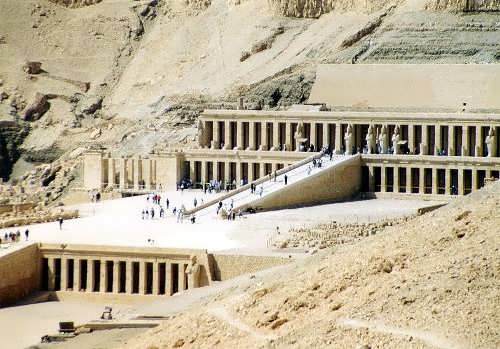 The funerary temple of Hatshepsut in Deir el-Bahri. The architect is Senmuth 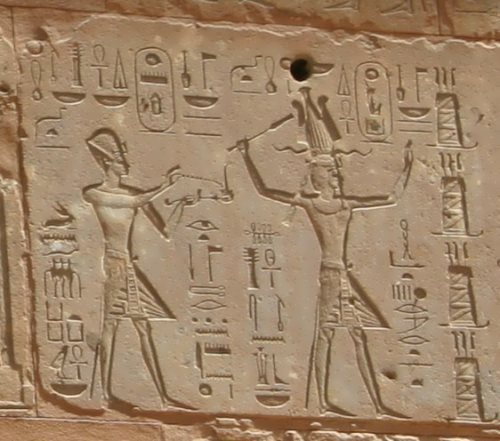 The relief from the Red Sanctuary in Karnak, depicting Hatshepsut next to Thutmose III