Alexander III, king of Macedonia, is known as Alexander the Great. He reigned over Greece, conquered the Persians, and marched as far as what are now known as Egypt, India, Iraq, Iran and Afghanistan. He succeeded in forging the largest Western empire of the ancient world.
Alexander was born in 356 BC in Pella, the capital of Macedonia. Aristotle, the Greek philosopher, gave him lessons. The boy’s main interest was war.
In 338 BC Alexander’s father, Philip II, brought all the Greek city-states except Sparta under his rule. Young Alexander commanded one part of the Macedonian army.
Philip II was killed in 336 BC and 20-year-old Alexander became king.

In 333 BC he defeated King Darius III of Persia. A year later he took Egypt from the Persians and became pharaoh He then controlled the whole eastern Mediterranean. Near the Nile River he founded the city of Alexandria. 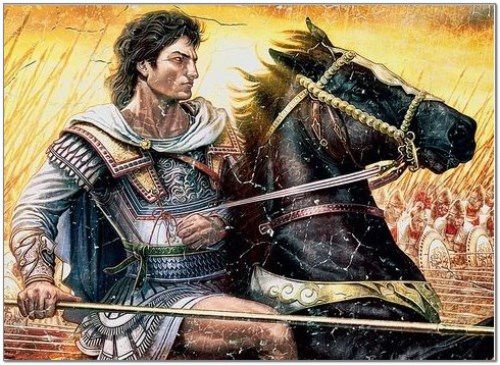 Alexander fought many battles. Usually he had fewer men than his enemy, but he won because his men were well trained and equipped. At the Battle of Issus in 333 BC, Alexander, with 36,000 men, defeated Darius and his110,000 troops. For 15 years of military conquests the army of Alexander had not lost a single battle.
In 331 BC Alexander became the king of Asia and then captured Babylon.
In 327 BC the great commander went to India. There Alexander founded the city of Bucephala, which was named after his horse Bucephalus.
The big problem was that most of Alexander’s soldiers had too much booty with them. Over the years they had all collected gold, silver and slaves; and now they couldn’t move fast enough. One day, after all of the wagons were loaded, Alexander set fire to his own and to those of his friends. Then he commanded the rest of the army to burn their wagons too.
Alexander died of a fever in Babylon on June 13, 323 BC at the age of 32. He was going to explore the Caspian Sea and Arabia and then to conquer northern Africa. The empire collapsed at his death. A few months later his wife Rhoxana bore him a son, who was assassinated in 309. 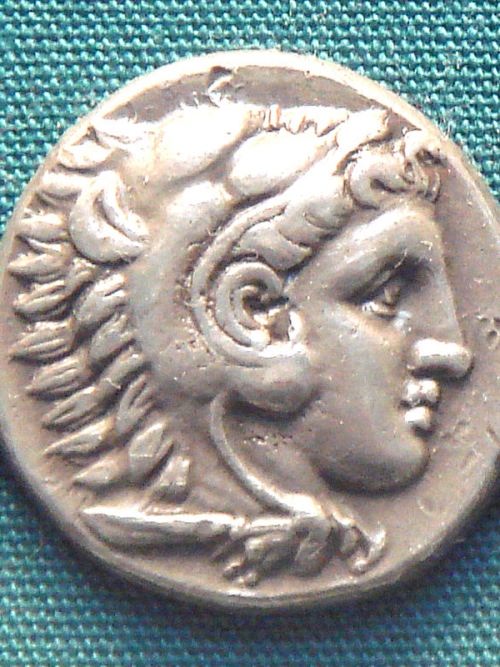 Coin with the portrait of Alexander the Great

Interesting facts
– Not many people know that Alexander the Great had eyes of different colors. Namely, brown and blue. This rare phenomenon is called – heterochromia and it occurs only in 1% of the world population.
– Unbelievable, but Alexander of Macedon was an epileptic, just like Julius Caesar. In addition, Alexander and Julius were born in July.
– Historians around the world recognize Alexander the Great as the greatest general and conqueror in the history of mankind.
– He showed a great desire for knowledge and philosophy, and was very fond of reading.
– Alexander’s father had seven wives, while Alexander himself had only three wives: Roxana, Parisathida and Statira.
– Alexander the Great had two sons: Alexander VI of Macedon and Hercules of Macedon. Both his sons were killed before they reached adulthood.
– Oliver Stone made the film all about Alexander the Great (starring Angelina Jolie and Colin Farrell). 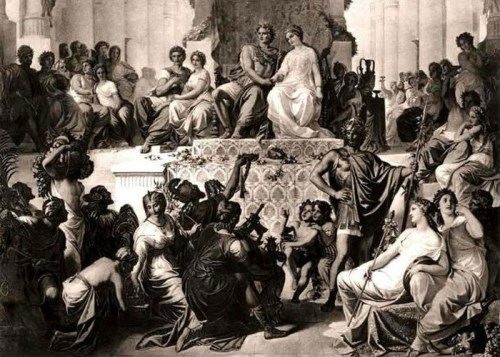 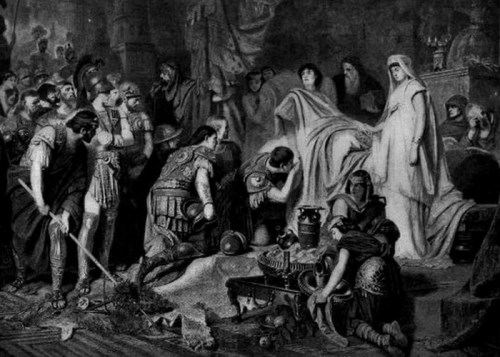 Alexander is on his deathbed 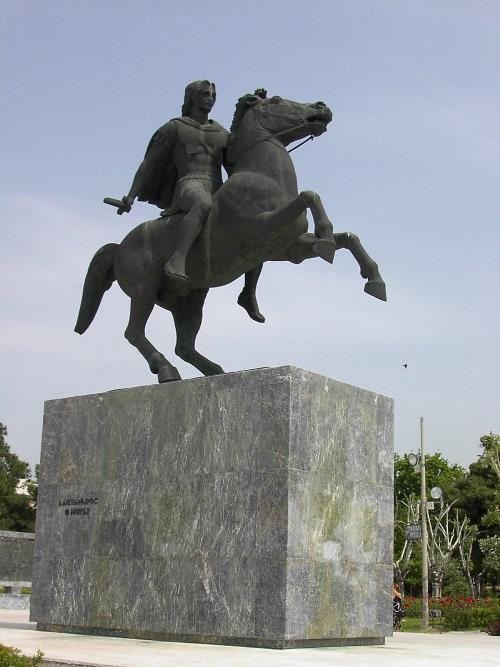 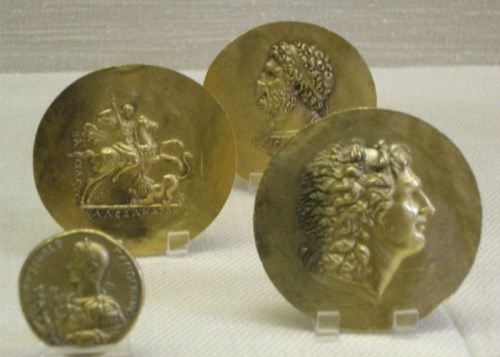 Coins with the image of Alexander the Great 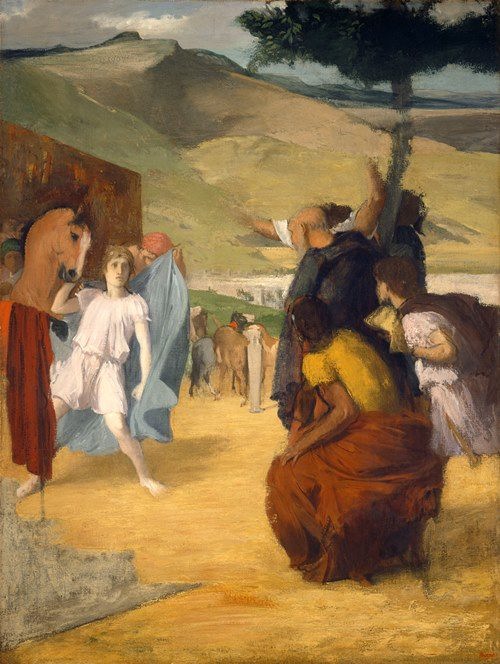 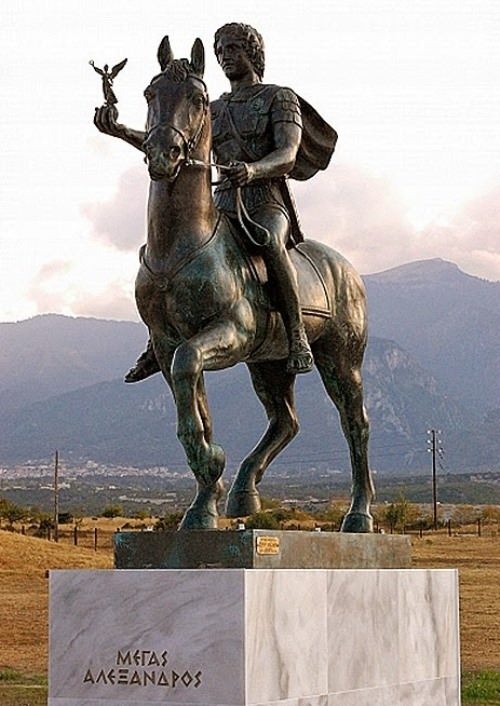 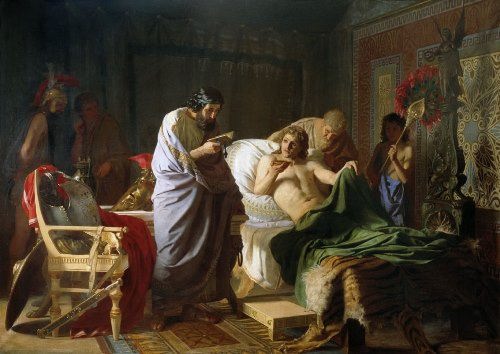 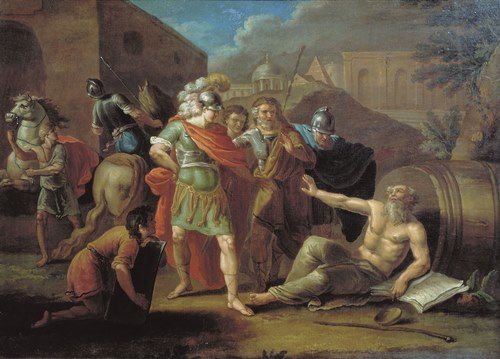 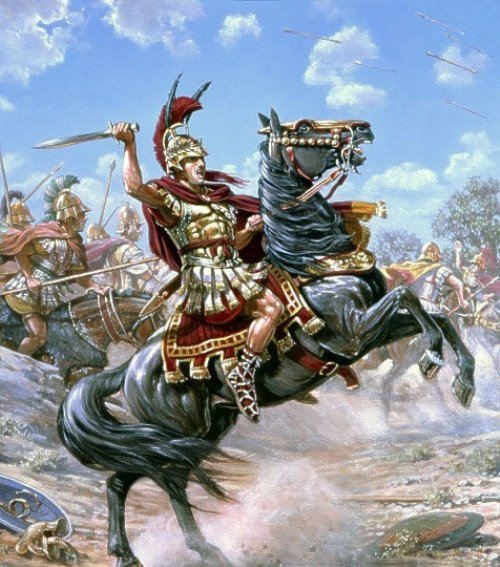 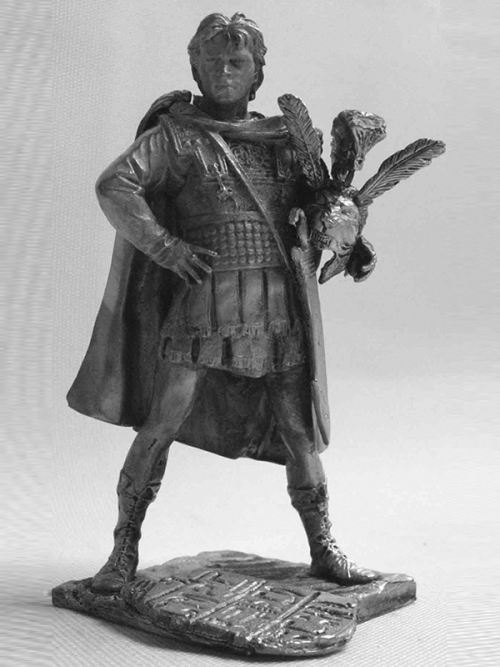 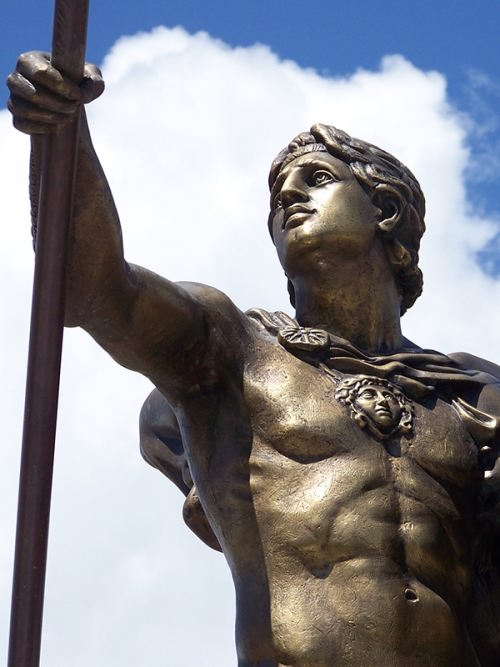 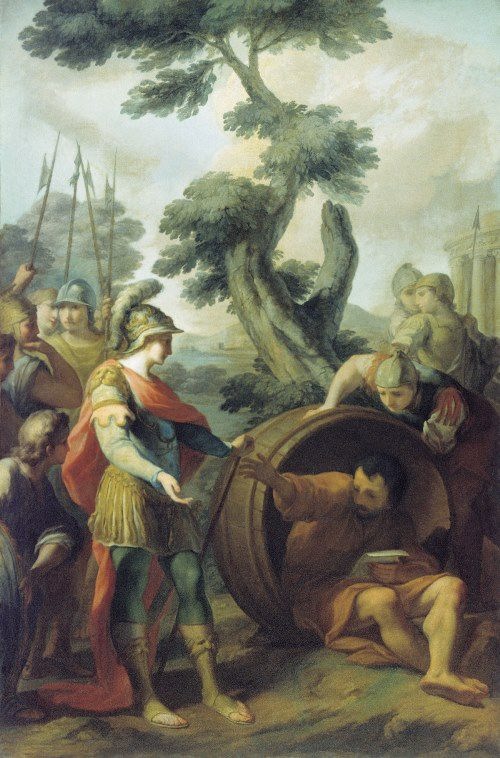 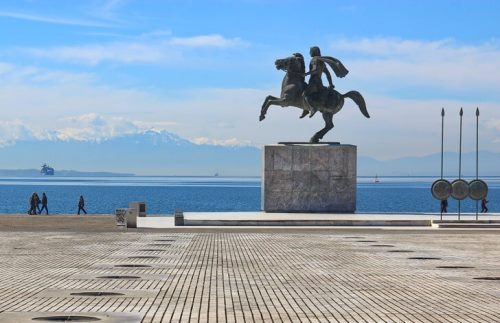 Monument to Alexander the Great 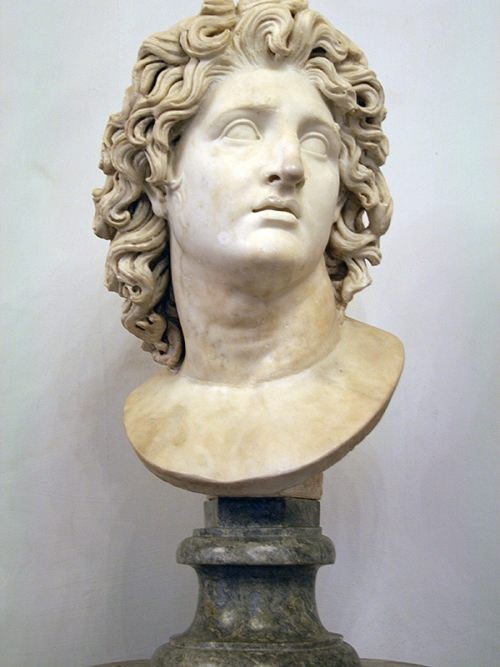 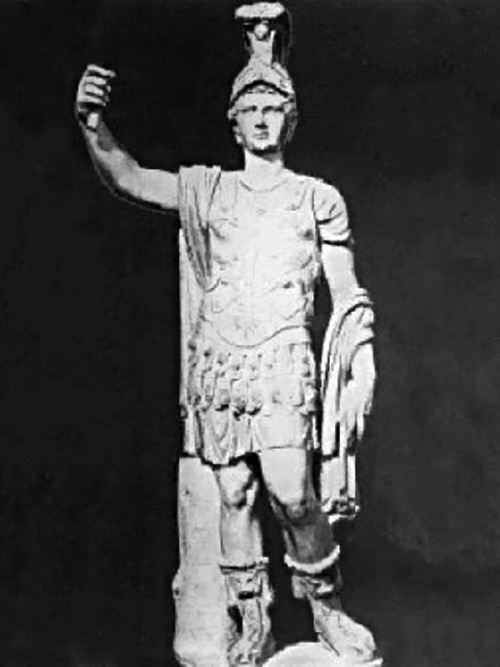 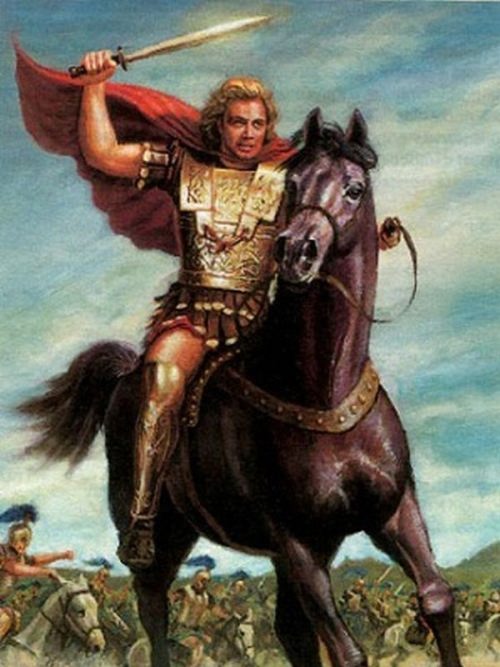 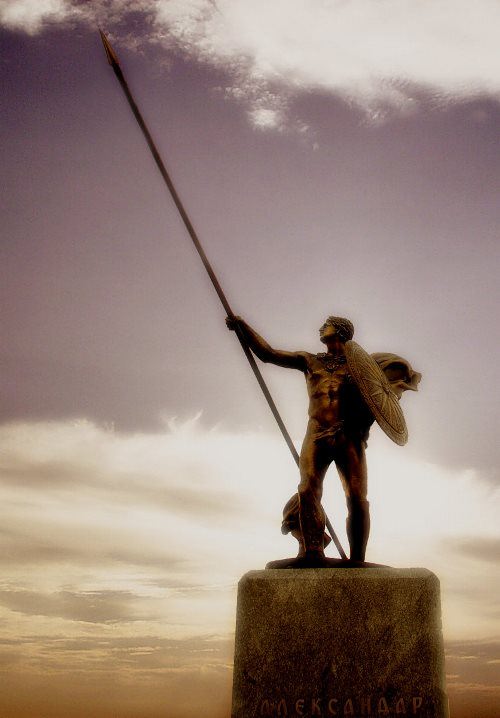 Statue of alexander the great in Prilep Macedonia. 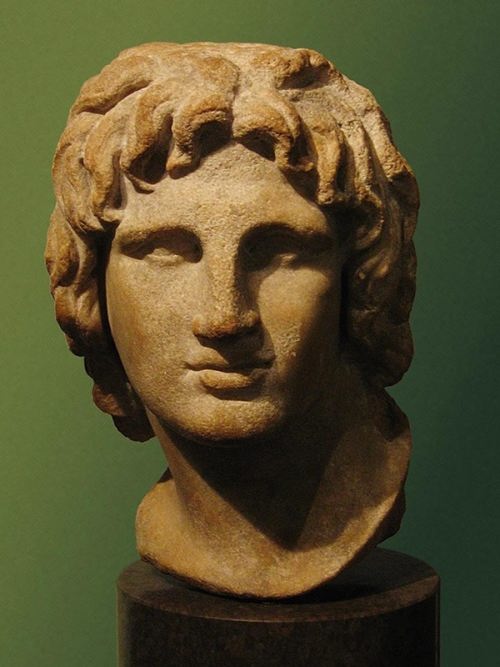 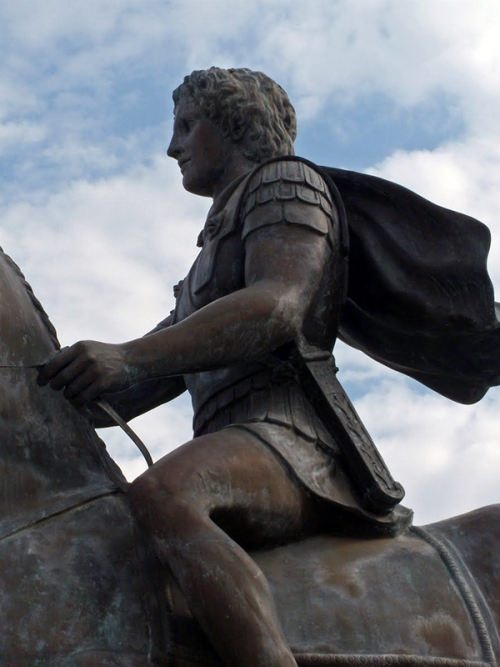