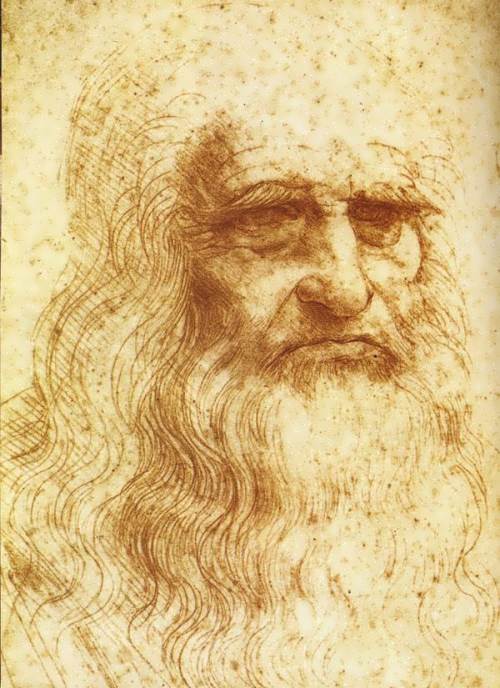 Outstanding Italian artist, scientist, engineer and anatomist, one of the prominent members of the arts and sciences of the Renaissance, Leonardo da Vinci was born in 1452 in the village near the town of Vinci. In addition to world renowned paintings and sculptures, Leonardo left behind manuscripts in many areas of knowledge. He studied mathematics, hydromechanics, geology and physical geography, meteorology, chemistry, astronomy, botany, anatomy and physiology of humans and animals. His work had a strong influence on artists throughout Europe, and his scientific ideas were centuries ahead of their time.
Leonardo lived with his father in Florence. Over the years, he bad four step mothers and eleven stepsisters and stepbrothers. At the age of 15, Leonardo went to work with a famous artist. By 20, he was a master painter. Leonardo was so talented that one day one of his teachers threw down his brushes and never painted again.

Da Vinci wanted to understand everything he saw. He wrote down all his ideas and observations. He filled the notebooks with more than 5,000 drawings of plants, animals, and the human body. He drew a flying machine 400 years before the airplane was invented. He also designed an air conditioner, an alarm clock, a reading lamp, a submarine, a bridge, and many other things. In all, da Vinci designed more than 1,000 inventions.
When da Vinci painted people, they looked real. No other artist of his time painted people or animals as well as da Vinci.
He was a very mysterious, private man. He wrote backwards in his notebooks so nobody could read what he wrote. Many people thought that his scientific experiments were some kind of evil magic.
Da Vinci died peacefully on May 2, 1519, at the age of 67. 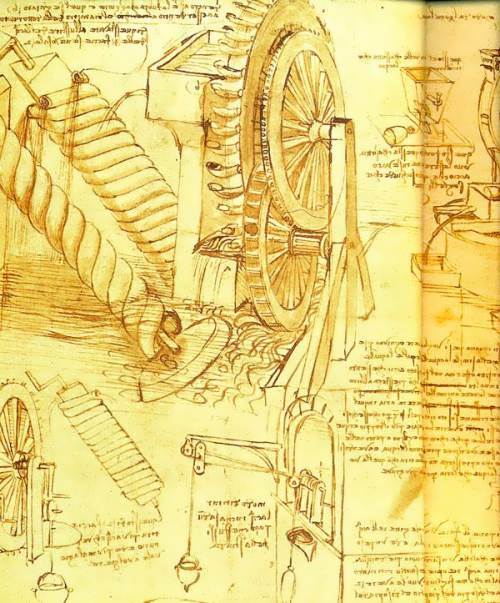 Interesting facts
1. Leonardo was born into the family of a wealthy landowner and notary Piero da Vinci, his mother was a simple peasant woman Caterina.
2. He masterfully played the lyre.
3. There is a theory that Mona Lisa is a self-portrait of Leonardo.
4. In 1994 Bill Gates bought the Codex Leicester – a collection of Leonardo’s works, for $ 30 million. Since 2003, it is demonstrated in the Seattle Art Museum.
5. Leonardo was the first who explained why the sky is blue.
6. Leonardo could write with the right and left hands. He suffered from dyslexia, which called “verbal blindness”. 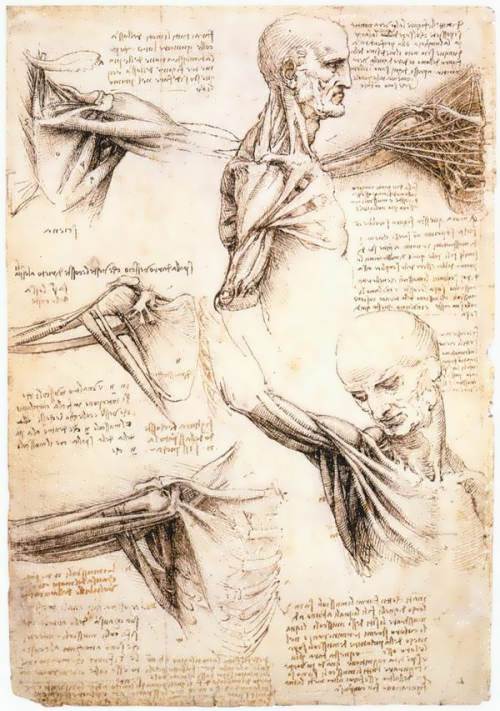 Anatomical drawings of the shoulder girdle

7. Leonardo created projects of submarine, propeller, and flying machines.
8. He was the first painter who began to dismember corpses to understand the location and structure of muscles.
9. Although he never married, he adopted a son and he was a very good father.
10. He was a vegetarian because he did not believe in killing animals. He used to buy birds just to let them free and to study their flight.

Implements of war created by Leonardo da Vinci
He advocated humanism and peaceful use of science, but earned his living as a military engineer. He made sketches of scythed chariot, tank and even machine gun. 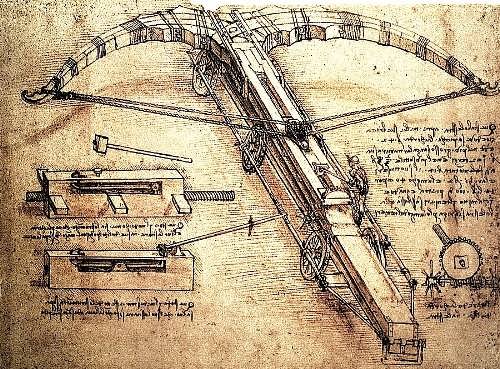 Screw torpedo. One of the main Leonardo’s military developments is used today as a corkscrew. Medieval torpedo, on the idea of genius, was screwed into the hull of a ship and tore it. The operation was done underwater. In addition to it Leonardo developed devices that allow person to stay under water for a long time – prototype of an aqualung and submarine.

In 1502 Leonardo made a sketch of submarine. The reason that the first submarines appeared only three centuries later, in the XVIII century, was in the peacefulness of genius. He wrote: “With the help of devices people will be able to stay under water for some time … I do not publish or disclose my method because of the evil nature of the people who would destroy ships and murder people.”

Scythed chariot had the principle of the mower. It could become the deadliest weapon of the Renaissance. 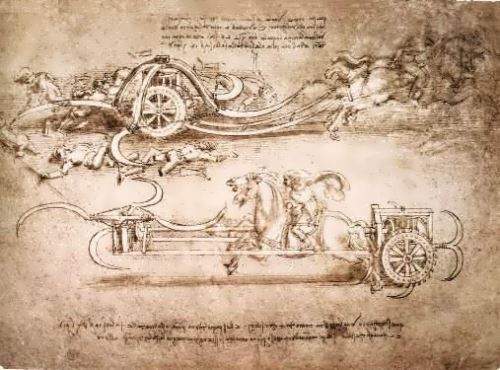 Researchers say that da Vinci’s credo was to reduce the role of the human factor in the fight. The larger the operation mechanism performs, the less chance of error. Leonardo created a machine that resembles the functional of modern machine gun. Da Vinci offered to collect 11 muskets on three boards and connect them together. 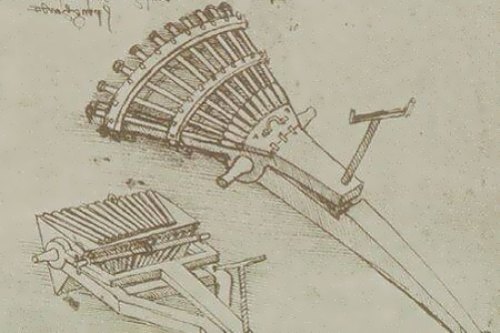 Da Vinci’s tank was called battle wagon. It looked like a round, closed car which was driven by seven people. Fortunately, it, like most of the inventions of Leonardo, remained on paper. 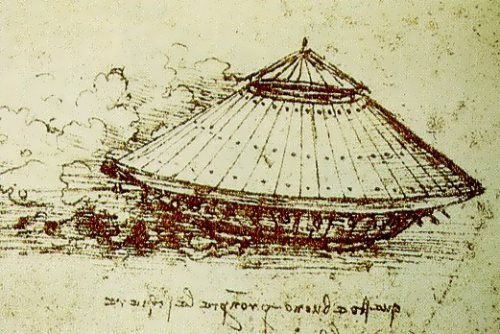 Steam Cannon. The barrel was made of copper pipe, one end of which was placed in the oven. The ball was placed into the opposite end. When the cannon barrel was hot enough, they injected water into a special chamber. The evaporated water pushed the ball. 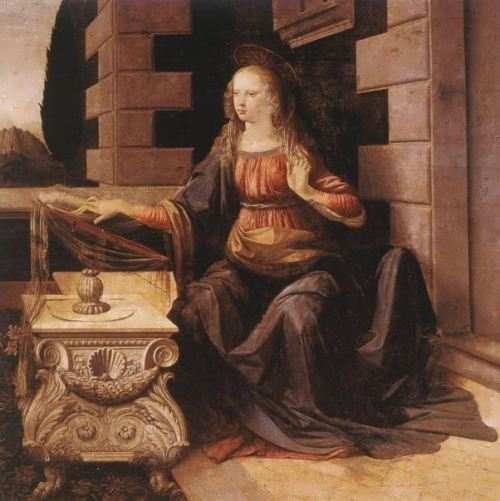 Detail of the painting by da Vinci’s The Annunciation, 1497 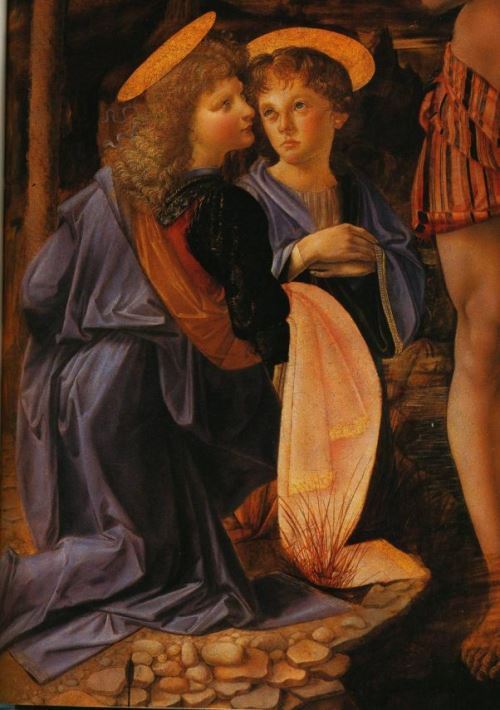 Detail of the painting The Baptism of Christ 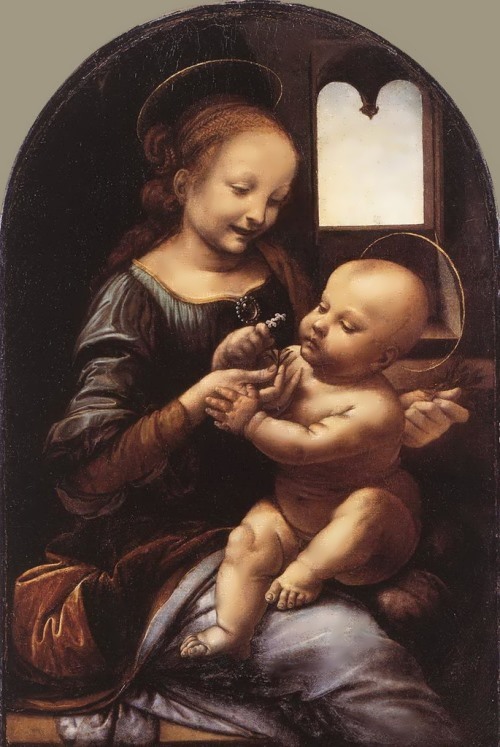 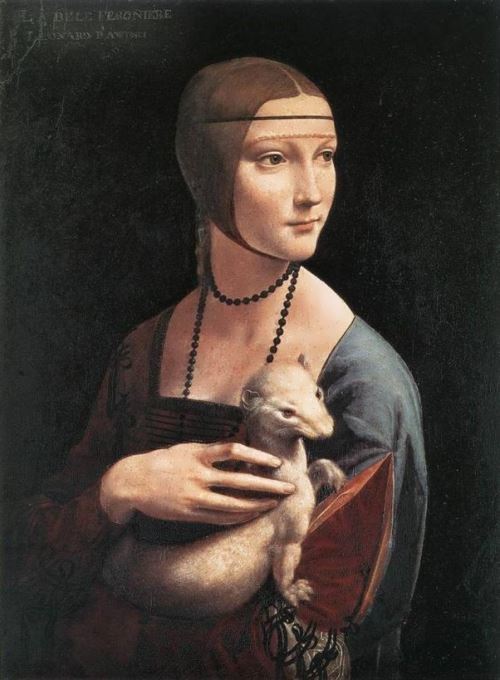 Lady with an Ermine. Portrait of Cecilia Gallerani. 1490 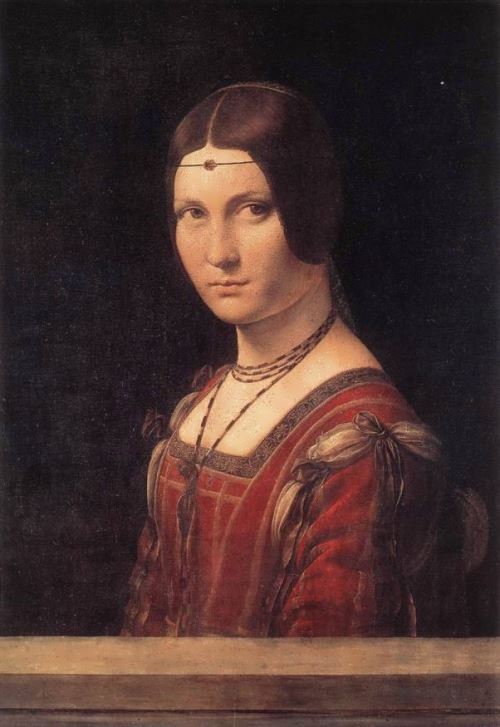 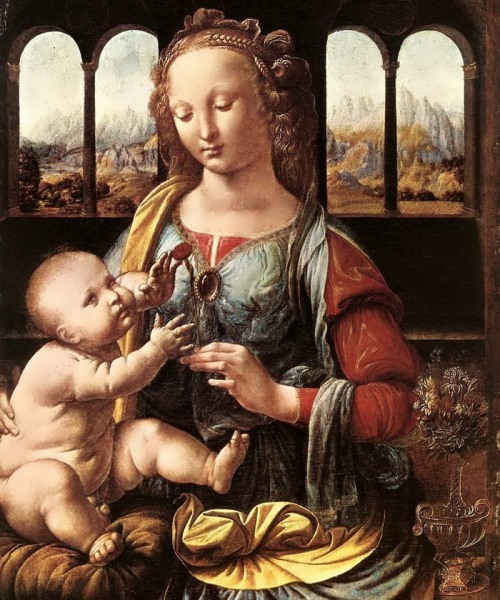 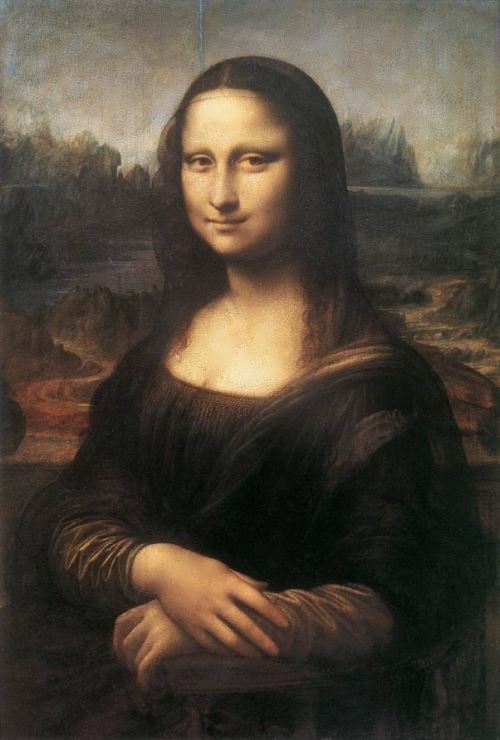 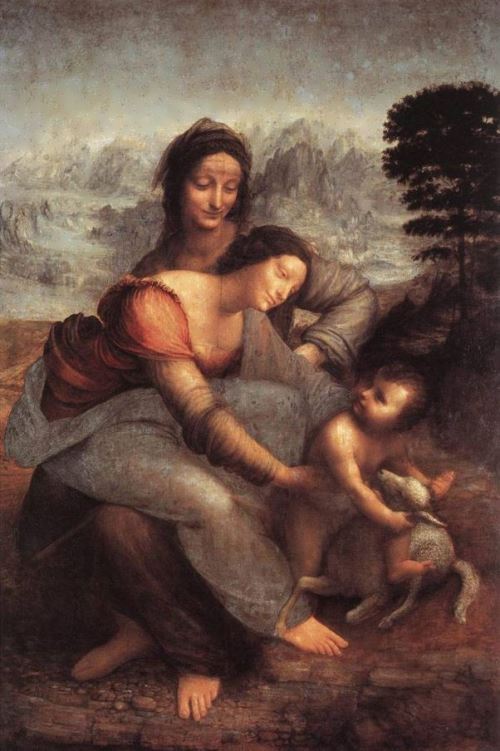 Saint Anne with Mary and the Christ child. 1510