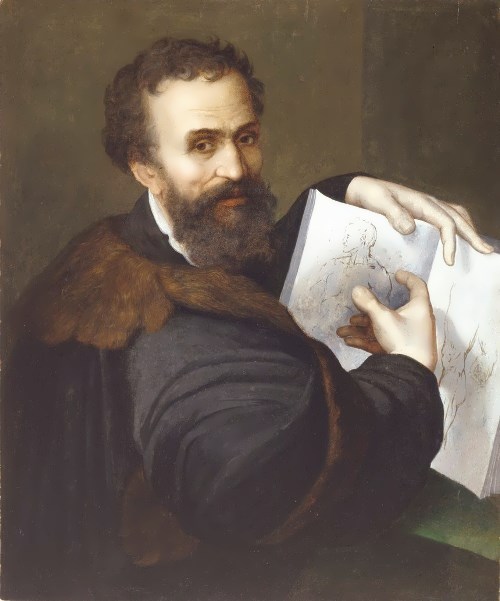 Michelangelo Buonarroti was the greatest sculptor of the Italian Renaissance and one of its greatest painters and architects. He is recognized as one of the greatest artists of all time. Michelangelo was also a poet who produced more than 300 poems.
Michelangelo di Lodovico Buonarroti Simoni was born on March 6, 1475 in a small town in Tuscany, but he grew up on the outskirts of Florence. His mother died when he was 6.
At the age of 13 he left school to begin training as a painter. The boy became an apprentice to Domenico Ghirlandaio, Florence’s most fashionable painter.
In about 1490 he found a position in the large household of Lorenzo de’ Medici.

In 1498, came Michelangelo’s first important commission – the Pieta. The term pieta refers to a type of image in which Mary supports the dead Christ across her knees; Michelangelo’s version is today the most famous one.
In 1496 he moved to Rome. In 1501, Michelangelo returned to Florence. He was recognized as the most talented sculptor of central Italy. Here he created David, a huge marble statue of a young man holding a slingshot. David was a king of ancient Israel who is said to have used only a slingshot to kill the giant Goliath. One of the world’s greatest statues, David represents the Renaissance idea of a perfect human form.
Michelangelo’s Battle of Cascina was commissioned in 1504; several sketches and a copy of the cartoon exist. The central scene shows a group of muscular nudes, soldiers climbing from a river where they had been swimming, to answer a military alarm. 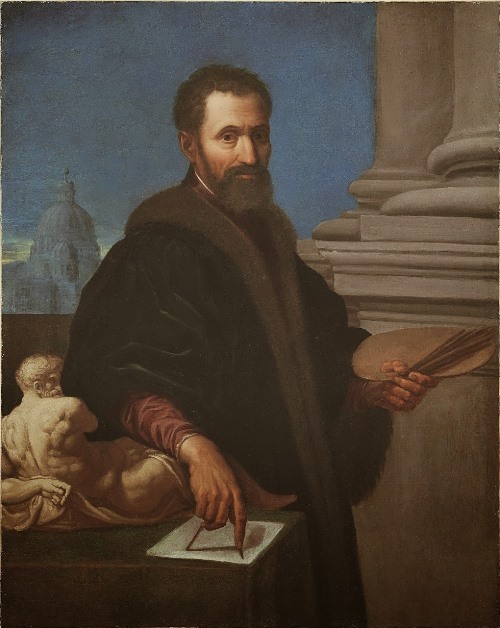 In 1505 Michelangelo began work on a tomb for Pope Julius II, which was to include about 40 life-size statues.
In 1508 Julius commissioned Michelangelo to decorate the ceiling of the chief Vatican chapel, the Sistine. The ceiling was completed in 1512.
Between 1516 and 1534 Michelangelo worked in Florence on a variety of projects at San Lorenzo, the Medici family church.
In 1534 Michelangelo left Florence for the last time, settling in Rome. The next 10 years were mainly given over to painting for Pope Paul III. The first project was the huge Last Judgment (1536-1541) on the end wall of the Sistine Chapel.
The great artist died on February 18, 1564 in Rome and was buried in Florence. He was 89 years old.
Michelangelo was so admired that he became the first European artist whose life story was written during his own lifetime. 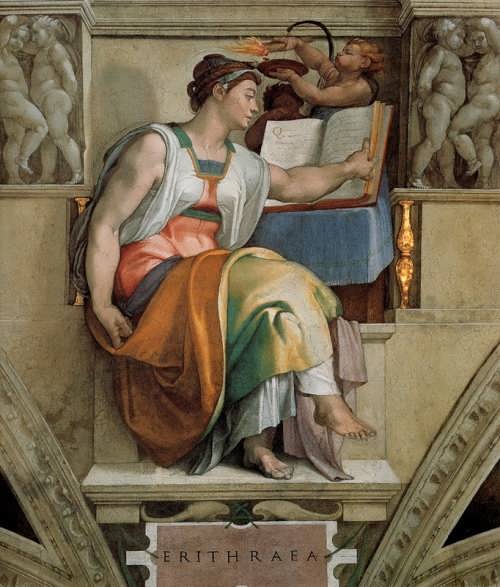 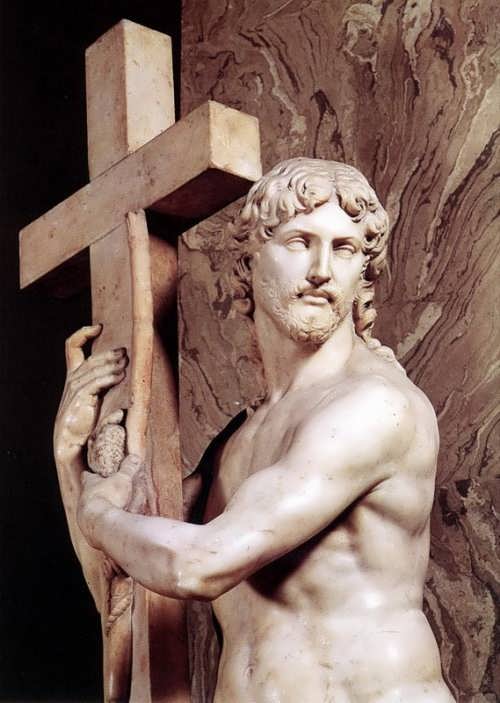 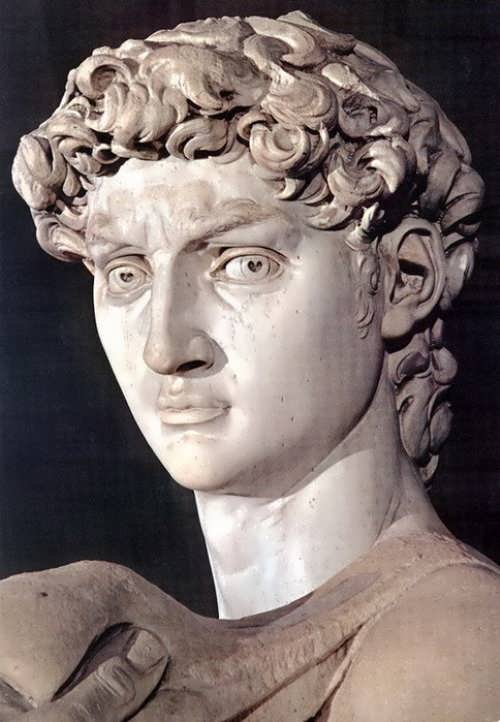 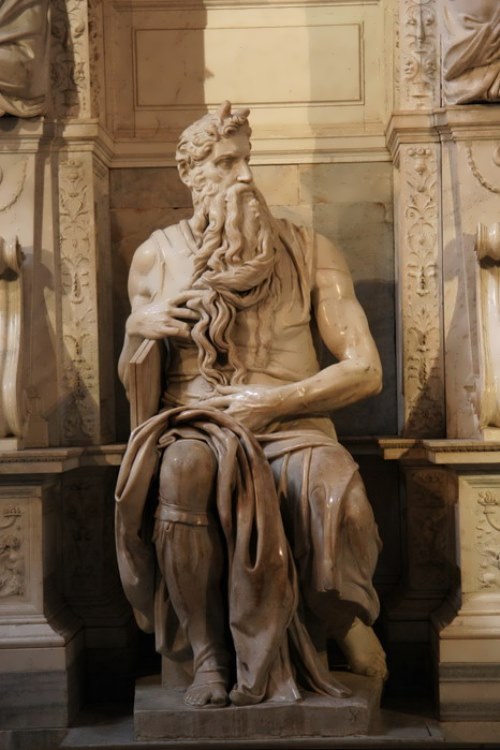 Moses, 1515. Rome, the Church of San Pietro in Vincoli 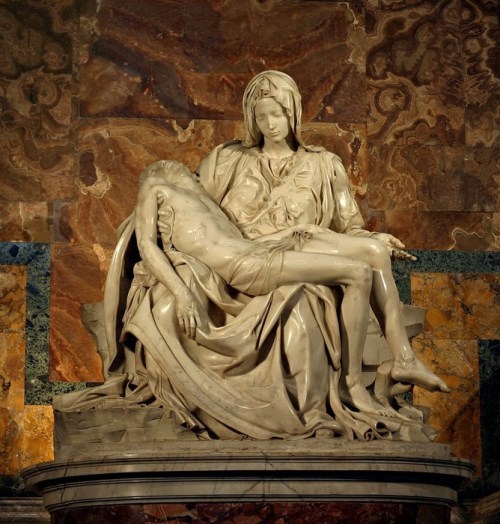 Pieta (1497–1499), consists of two figures—Jesus and Mary—carved from a single block of marble. 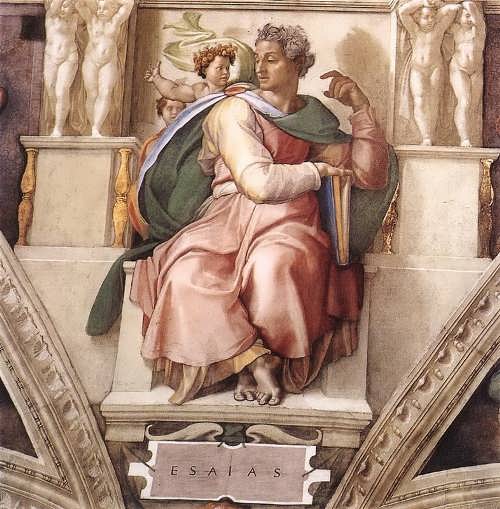 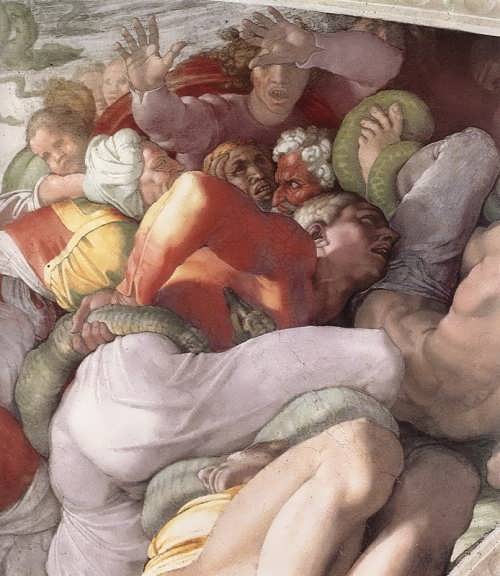 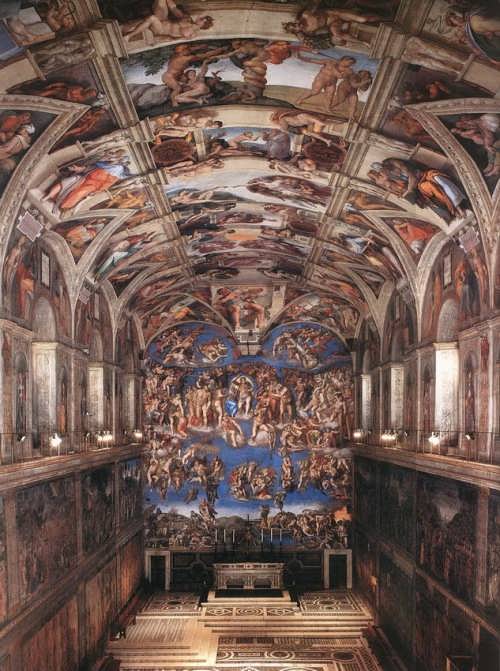