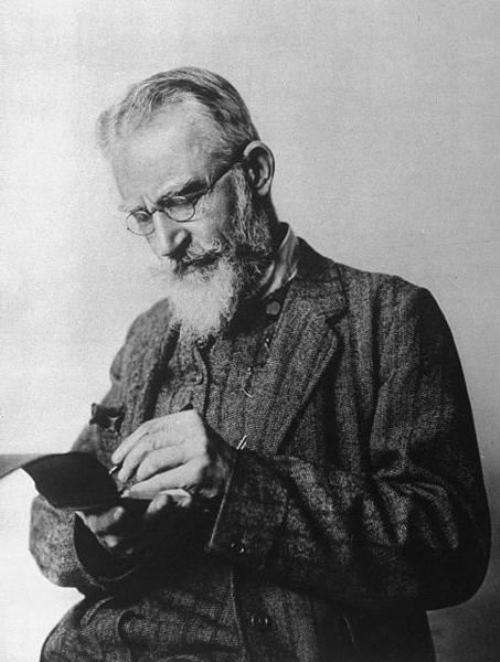 Unlike Galsworthy, his contemporaries Shaw and Wells understood that the bourgeoisie is hostile to the interests of the people and its domination must come to an end. They were worried about the future of humanity.
Bernard Shaw was born on July 16, 1856 in Dublin, into a poor family. He had to start working life early. As a young man, he moved to London, where he became close with the progressive people of the era and became a socialist. True, his program for the development of human society was idealistic and non-viable, but socialism in his eyes was the goal that people would achieve sooner or later. This conviction grew stronger in him after the October Revolution. He became a friend of Soviet people, defended the first socialist state from the slander of the reactionary press, propagandized the successes and achievements of the USSR.

Shaw celebrated his seventy-fifth anniversary (1931) in the USSR and, returning to England, wrote a benevolent book about everything he saw in the Soviet Union.
The very first dramas of Shaw made a real revolution in the English theater. He wanted to make the viewer think over serious questions. In the form of funny jokes and extremely witty paradoxes, he expressed the bitter and unpleasant truth about the dark sides of reality. The cycle of his first comedies (Widowers’ Houses, Mrs. Warren’s Profession) he called Plays Unpleasant (1898). The situations of these comedies, like all the other plays of Shaw, at first glance seem inconceivable, paradoxical. But Shaw did not invent them, but simply exposed what his keen eyes saw in real life and what the wall of social prejudice protected. 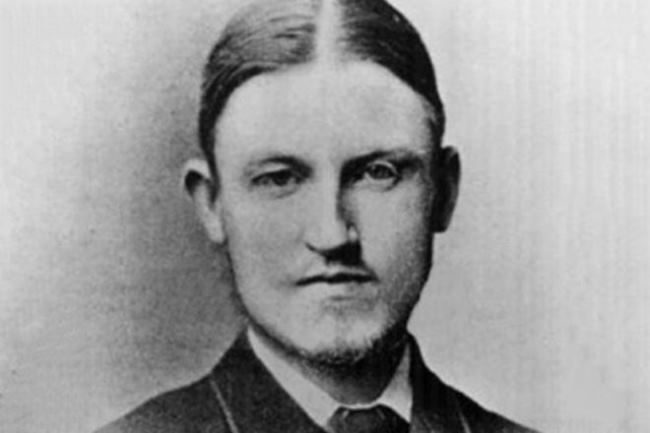 In the plays of Shaw, there is a constant discussion, a fierce dispute between the heroes, who express different points of view on social, moral, and philosophical problems. Therefore, the dialogue in the comedy is unusually sharp, refined, dynamic and involuntarily arouses the desire to determine who is right among the heroes.
By the way, the writer used a monologue for characterization of heroes or, rather, for their self-exposure. Shaw criticizes not individual representatives of capitalism, but the entire capitalist system with its exploitation of workers, predatory wars and chauvinism (Caesar and Cleopatra), and bigotry (Candida). He regards poverty as a misfortune and evil, it destroys the tremendous spiritual forces that lurk in a man. An example of this is street girl Eliza Doolittle. It was enough for her to get from a beggarly London suburb to the cultural environment, as she immediately showed remarkable ability for intellectual development (Pygmalion, 1919).
After the October Revolution, his satire became even sharper. The theme of the crisis of the whole bourgeois civilization appeared in his work. However, in this darkness, the writer left people a ray of light. One of the heroes recalls the existence of a country on earth called the Federated Union of Reasonable Republics. By this name, Shaw meant the Soviet Union, where there was socialism.
A critic of social injustice, a humanist, anxious about the fate of mankind, the creator of acute problem drama, Shaw won the recognition of readers and viewers around the world. By the way, Shaw was one of the founders of the London School of Economics and Political Science. He is the second (after Shakespeare) popular playwright in the English theater. Moreover, Bernard is one of two people in history (the second is Bob Dylan) awarded the Nobel Prize in Literature (1925, “For creativity marked by idealism and humanism, for sparkling satire, which is often combined with exceptional poetic beauty”), and the Academy Award (1939, for the script of the film Pygmalion). Last but not least, he was an active promoter of vegetarianism.
At the patriarchal age of 94, he died in his home at Ayot St. Lawrence, England, on November 2, 1950. He produced more than 52 plays and playlets, three volumes of music and drama criticism, and one major volume of socialist commentary. 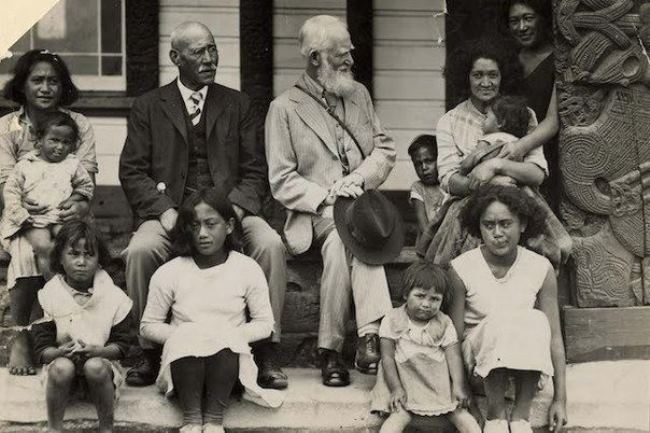 During the world tour. New Zealand 1934

Personal life
In 1898, Bernard married Charlotte Payne-Townshend, whom the writer met in Fabian Society. The girl was a rich heiress, but Bernard was not interested in her millions. In 1925, he even refused to receive the Nobel Prize, and the British Ambassador Arthur Duff had to receive the money. Subsequently, these funds were spent on the creation of a fund for translators. Charlotte and Bernard lived in perfect harmony forty-five years, until her death. They had no children. 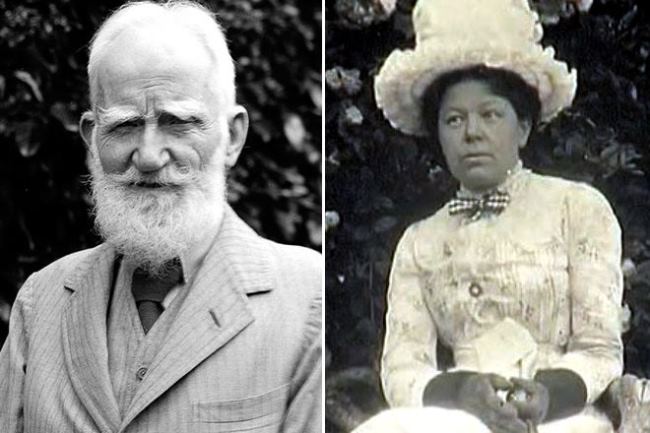 So, it was said that the writer was in love with the famous actress Stella Patrick Campbell, for whom he wrote Pyglmalion, having invented the charming Eliza Doolittle. 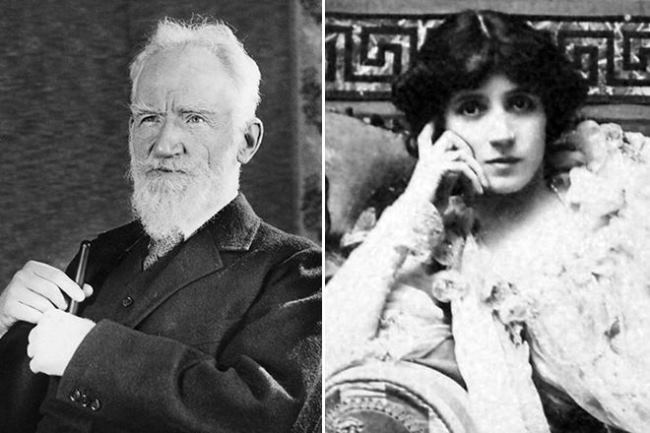 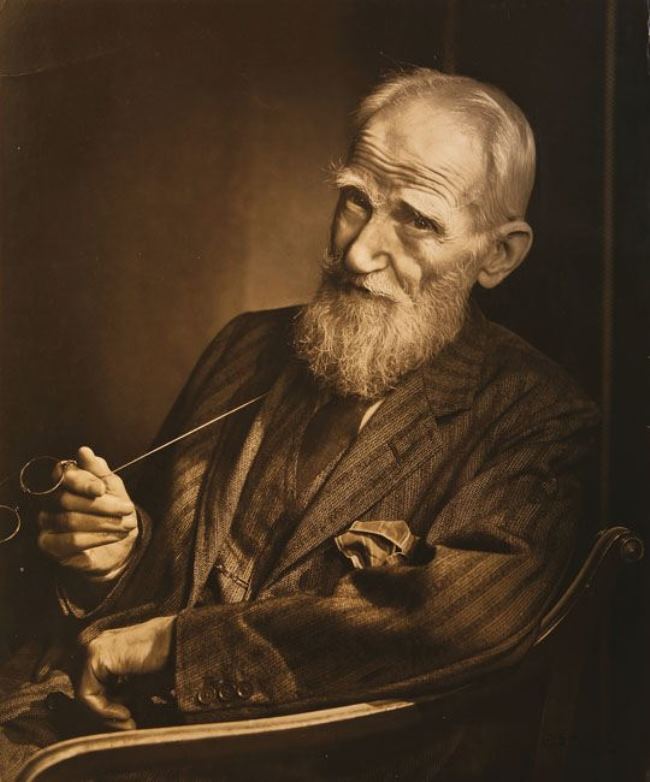 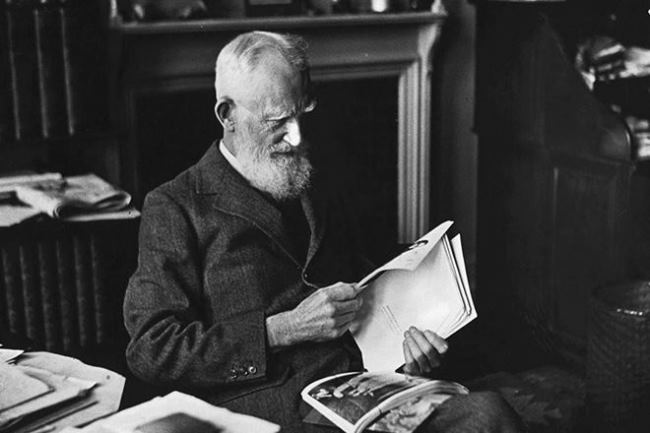 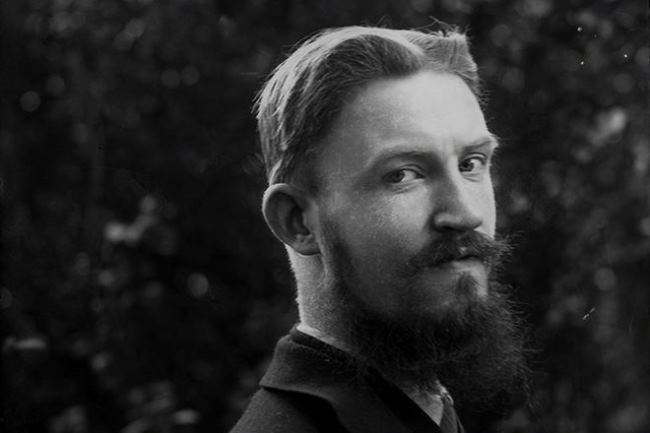 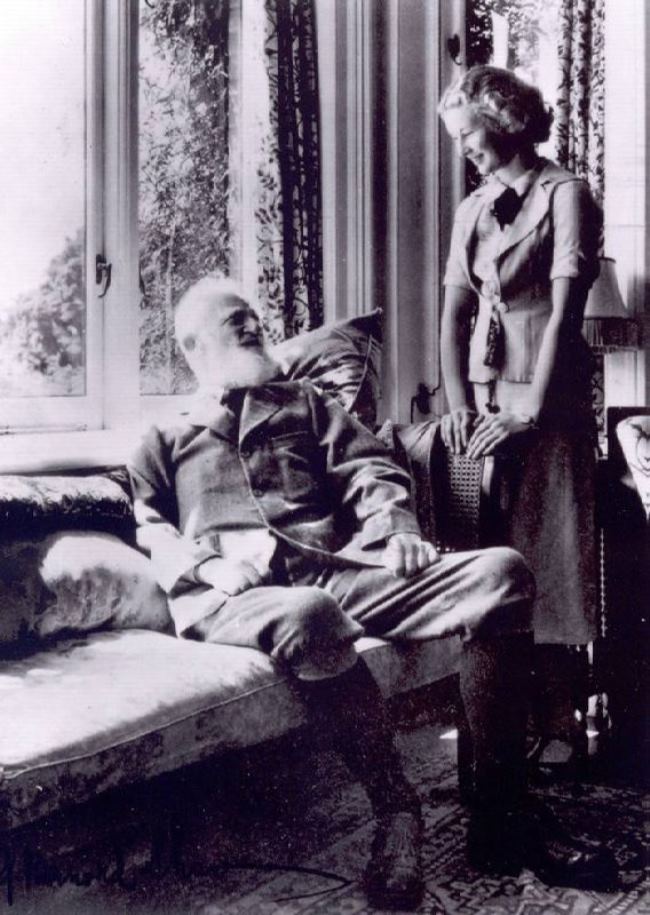 B. Shaw with the American movie star Dina Sheridan, 1937 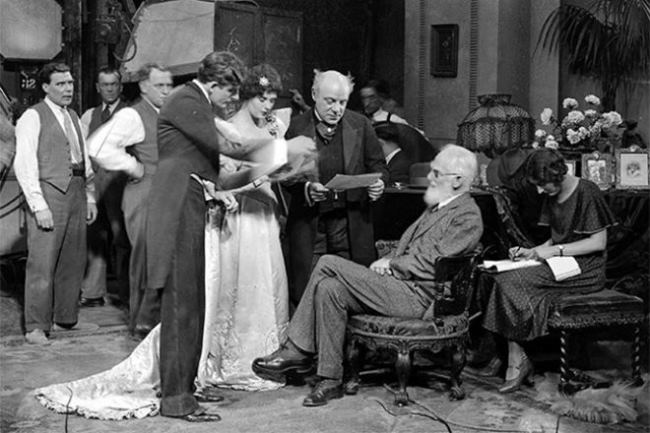 Bernard is watching the rehearsal of the play 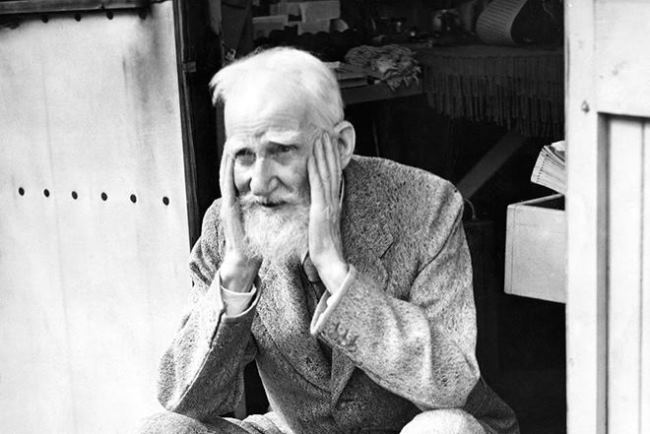 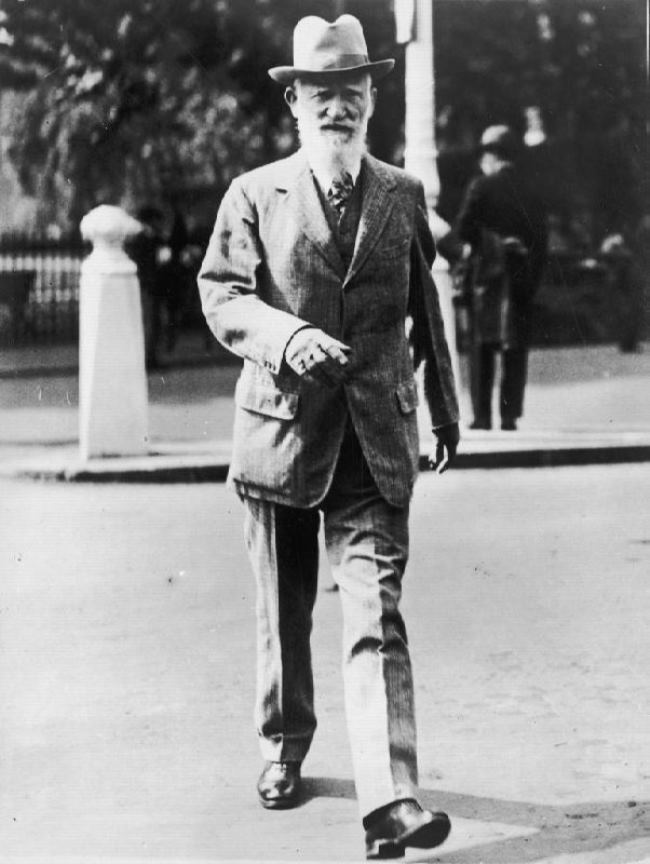 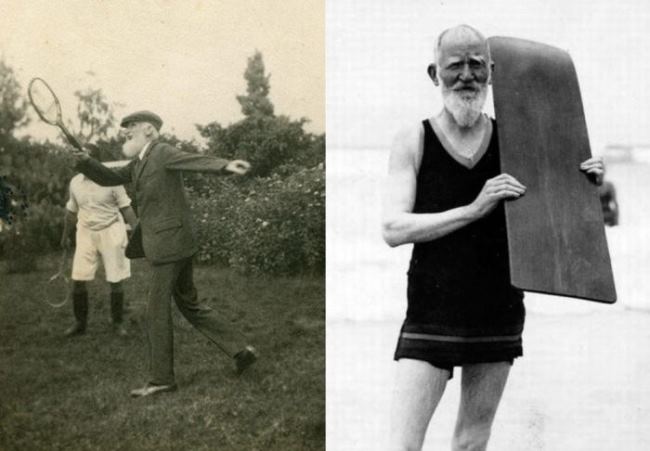 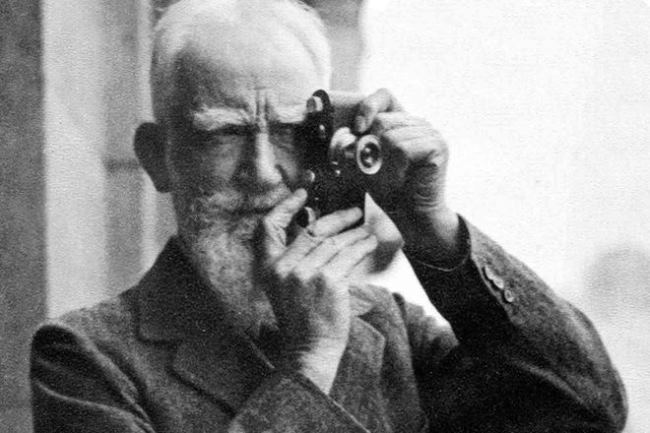 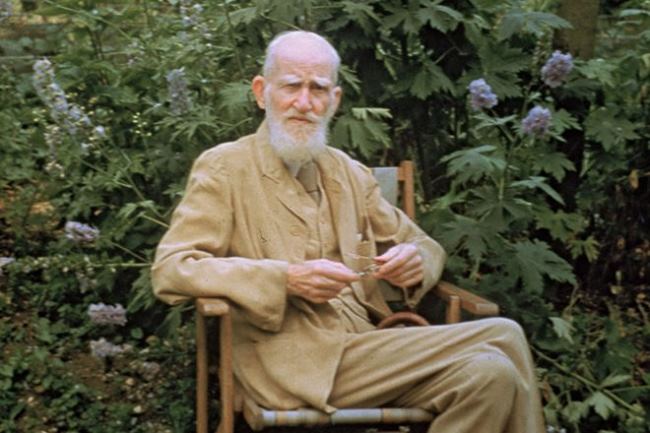 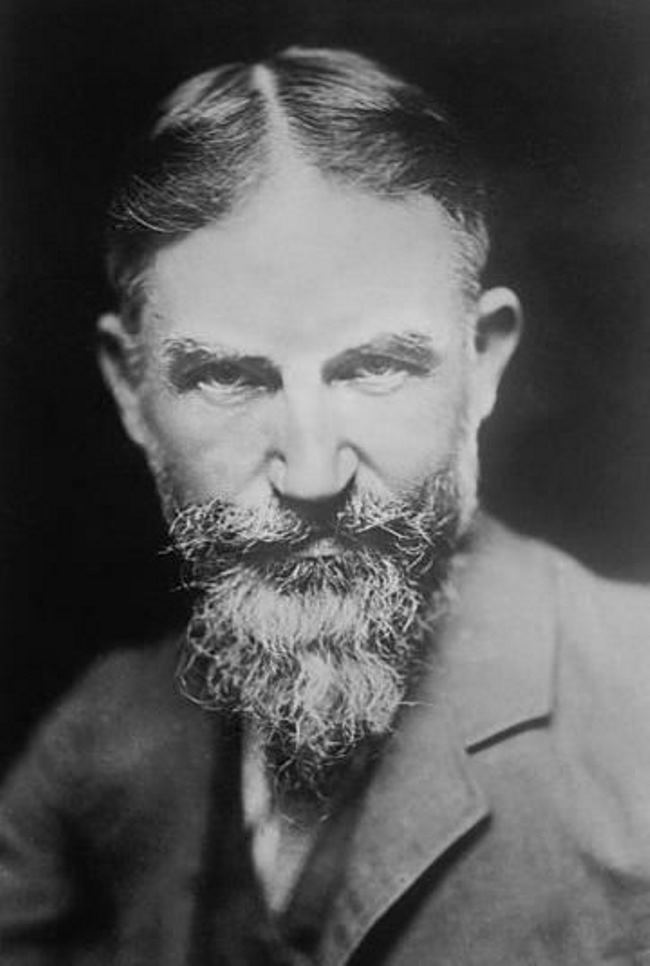 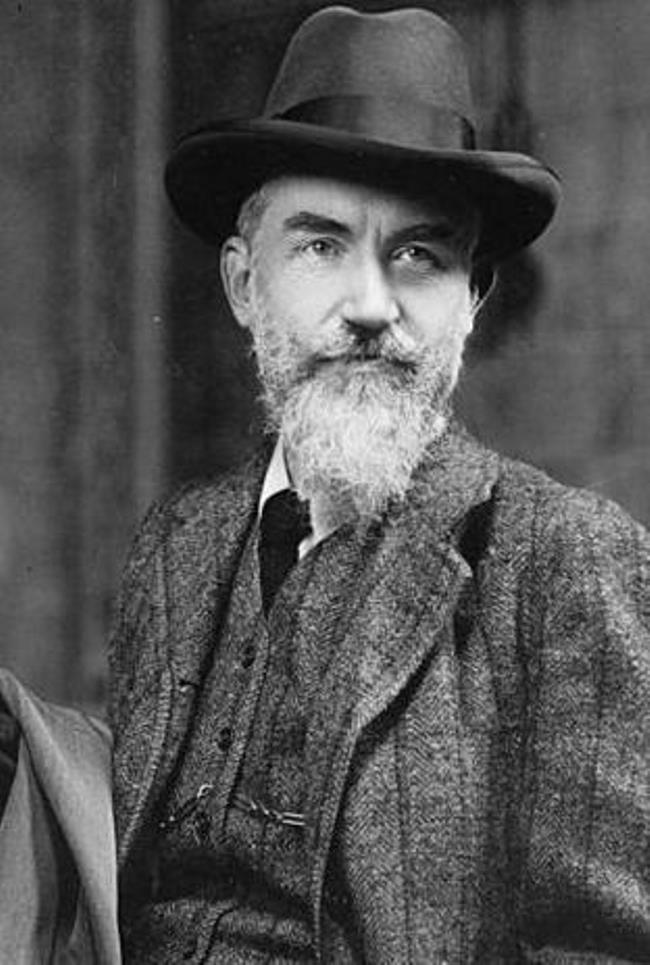 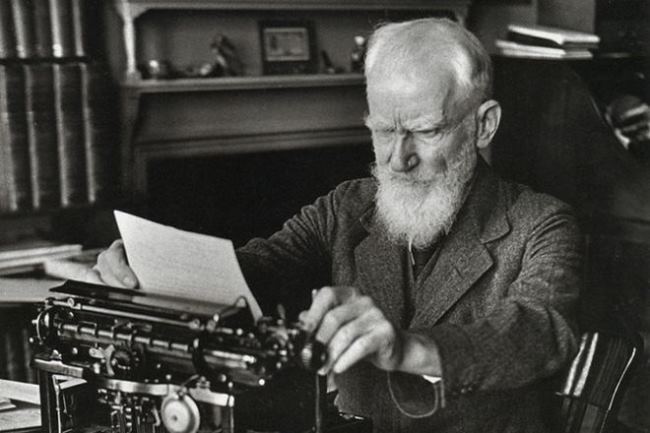 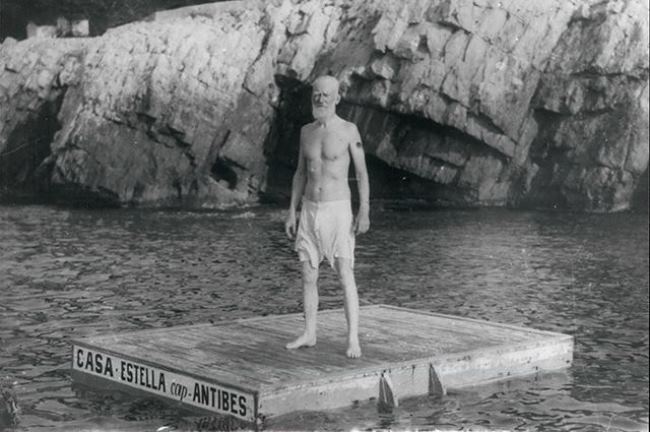 Shaw on his 93rd birthday 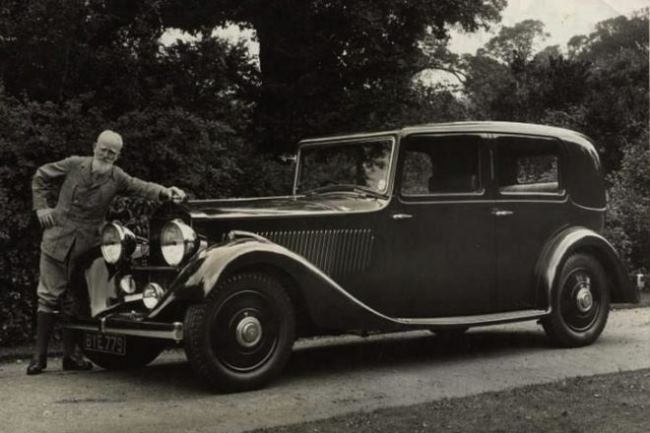 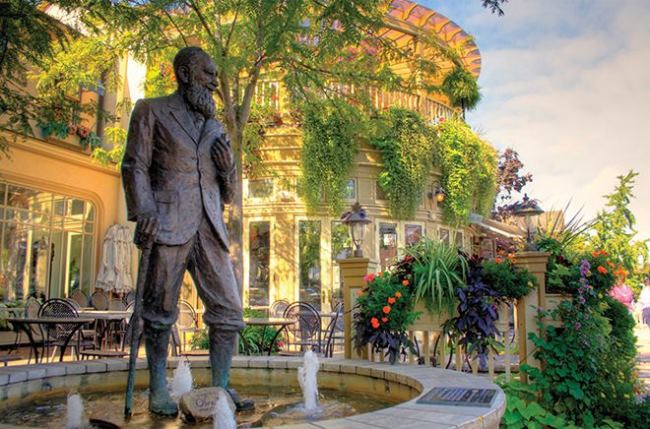 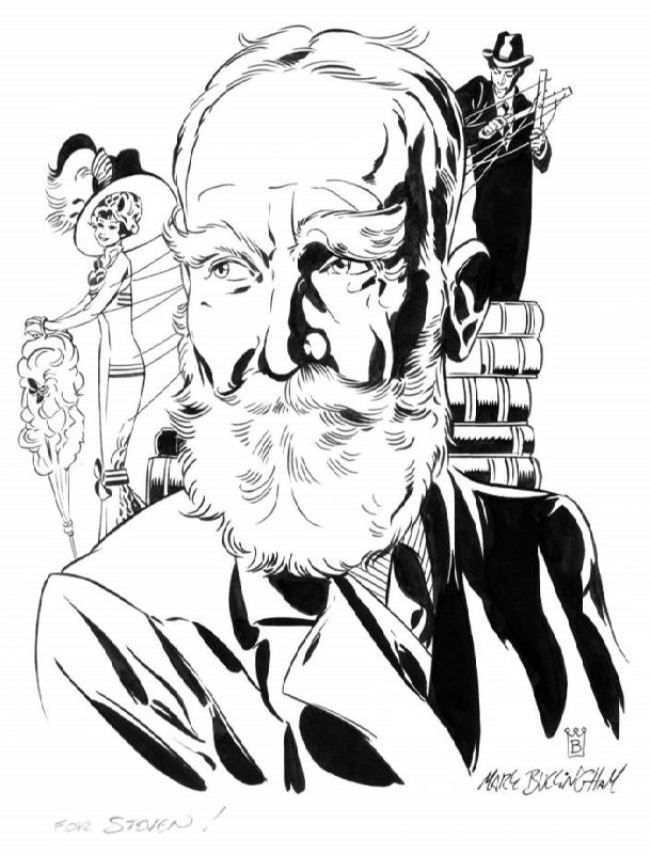 Portrait of Shaw by Mark Buckingham