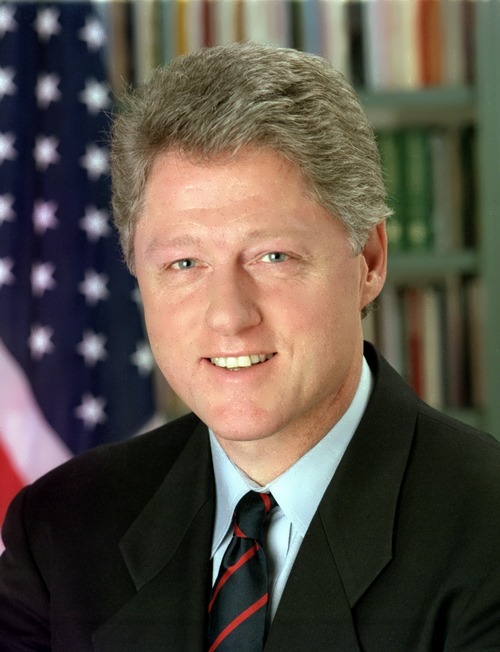 Bill Clinton was the 42nd president of the United States, who served two terms, from 1993 to 2001. His wife, Hillary Clinton was the First Lady during that time, and was a Democratic Party candidate in the 2008 presidential elections.
William Jefferson Blythe III was born on August 19, 1946, in Hope, Arkansas. His father died in an automobile accident before Bill was born. His mother, Virginia Dell Blythe, later married Roger Clinton. At the age of 14 Bill adopted his stepfather’s surname. At school, Clinton was one of the best students and, in addition, he was a leader of the jazz band, where he played the saxophone. In July 1963 Bill as a member of the delegation of the National Youth Organization, took part in a meeting with John F. Kennedy.
In 1968 Bill graduated from Georgetown University in Washington, D.C. Then he attended Oxford University in England. In 1973 he graduated from Yale University. On October 11, 1975 Clinton married Hillary Rodham, a fellow graduate of Yale Law School. Hillary Clinton was the first wife of a sitting president to be elected to public office. Their only child, Chelsea, was born on February 27, 1980. In July 2010 Chelsea Clinton married Marc Mezvinsky. Their daughter Charlotte was born on September 26, 2014.

Bill was a law professor at the University of Arkansas.
In 1976 Clinton was elected attorney general of Arkansas and two years later, at the age of 32, he became the youngest governor in the country. As governor, Clinton reformed Arkansas’s educational and tax systems.
In January 1993 Clinton was elected president of the United States. He appointed women and minorities to important posts. He attended peace talks between Israel and the Palestinians in the Middle East. 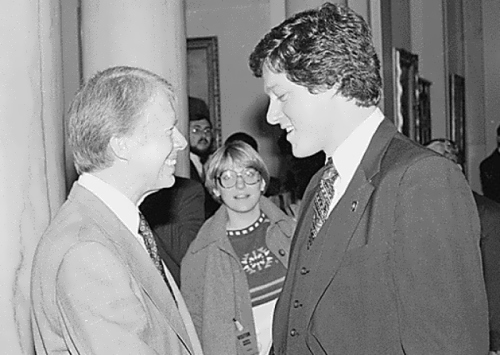 Governor of Arkansas Bill Clinton and US President Jimmy Carter, 1978

His second term in office was overshadowed by the controversy over Clinton’s affair with White House intern Monica Lewinsky. Hillary Clinton stood by her husband throughout the crisis.
On November 7, 2000 Hillary Clinton was elected to the U.S. Senate. After the September 11, 2001, attacks on the World Trade Center and the Pentagon, Hillary Clinton was active in gaining funding for rebuilding projects.
In recent years, Bill Clinton is a member of various public political and charitable organizations.
Clinton took an active part in the election campaign of Barack Obama during the 2012 presidential election. 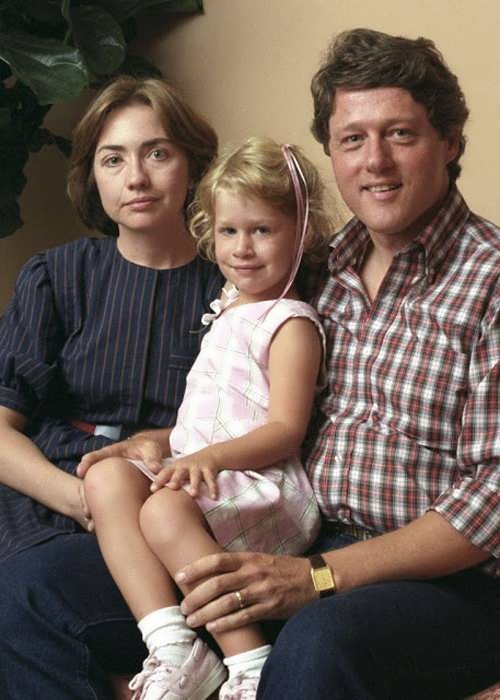 Interesting facts
– Bill’s brother, Roger Clinton, is a film actor and musician.
– Young Bill Clinton personally welcomed President John F. Kennedy during the tour to the White House on July 24, 1963.
– There is a 3.5-meter high monument named after Bill Clinton in Pristina, Kosovo. Clinton took part in the opening ceremony of the monument on November 1, 2009.
– In December 2010, the organization People for the Ethical Treatment of Animals (PETA), named Bill Clinton Man of the Year. Former US president was awarded this honor for “using his influence, charisma and eloquence to promote the vegan diet”.
– Clinton became a vegetarian to prevent heart disease. 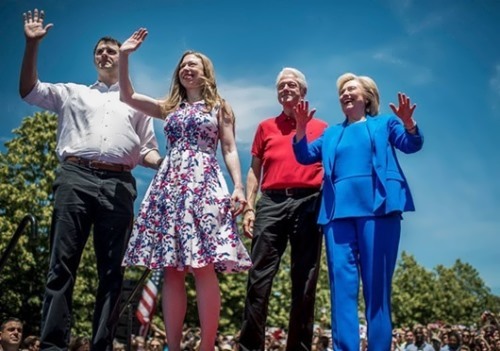 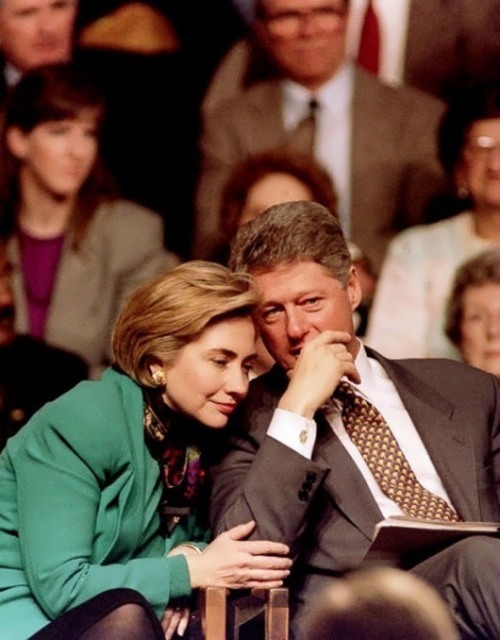 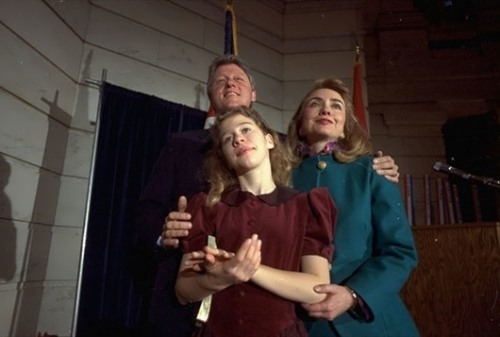 Governor of Arkansas, his wife, Hillary Rodham Clinton and their daughter Chelsea during the inauguration in Little Rock, Arkansas, September 20, 1991 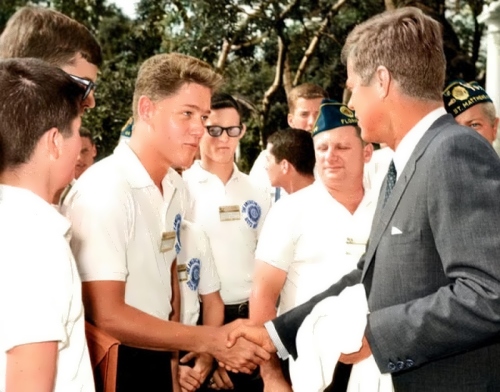 Clinton shakes hands with President Kennedy on July 4, 1963 in the garden near the White House 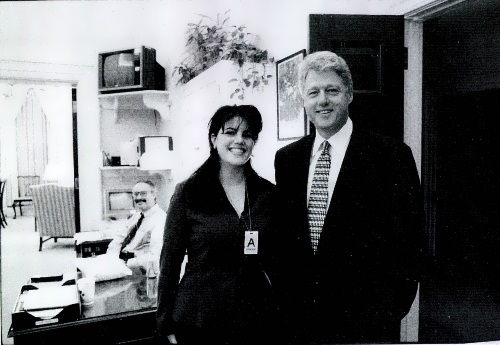 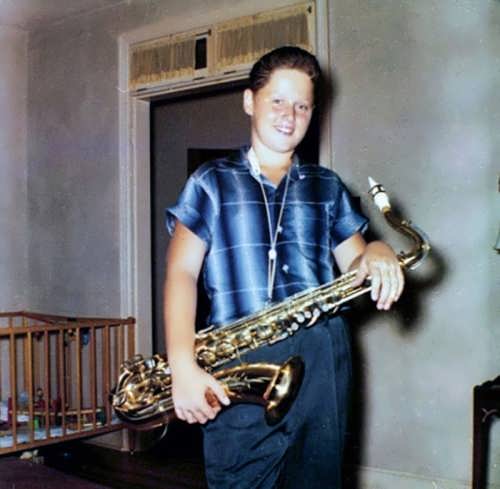 Bill was a member of a jazz band, he played the saxophone. 1958 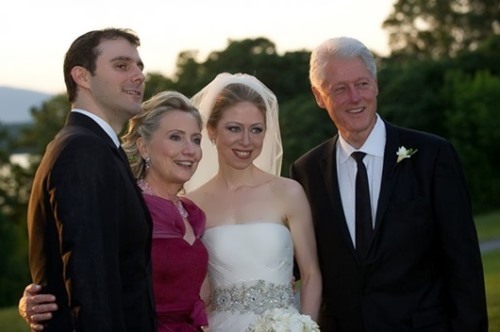 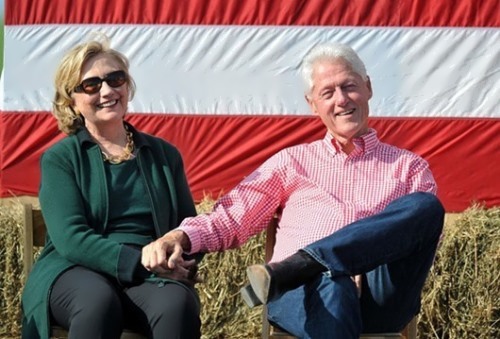 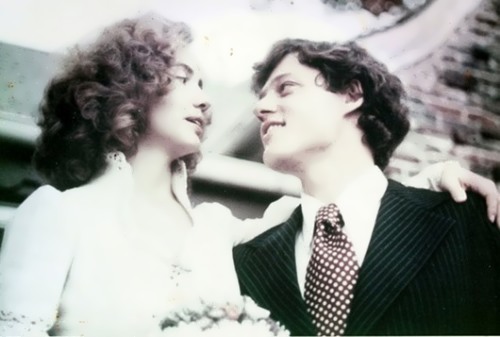 Bill and his wife Hillary