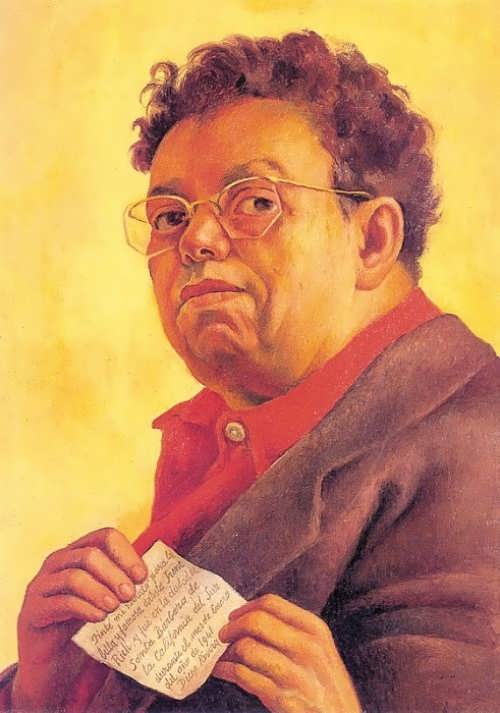 Diego Rivera was a Mexico’s most famous painter, muralist, and political activist.
His full name was Diego Maria de la Concepcion Juan Nepomuceno Estanislao de la Rivera y Barrientos Acosta y Rodriguez.
Diego was born on December 8, 1886 in the city of Guanajuato in the northwest of Mexico into a wealthy family. Diego had a twin brother who died at the age of two. As a child, he was very intelligent and curious about everything.
Since 1896 to 1902 Rivera took lessons in drawing and painting at the Art Academy in Mexico City. He was awarded a scholarship that enabled him to go to Spain. From 1907 to 1921 he lived in Europe. He studied at the Academy of Fine Arts in Madrid (1907), then lived and worked in Paris (1909-1920), in Italy (1920-1921), also visited Belgium, the Netherlands and the UK. He was familiar with the Parisian artistic elite, including Pablo Picasso and Alfonso Reyes.

Rivera was in love with Marevna (her real name was Maria Bronislavovna Stebelskaya-Vorobyova, 1892-1984), Russian artist and memoirist of Polish origin. She gave birth to their daughter Marika in 1919, who later became an actress. 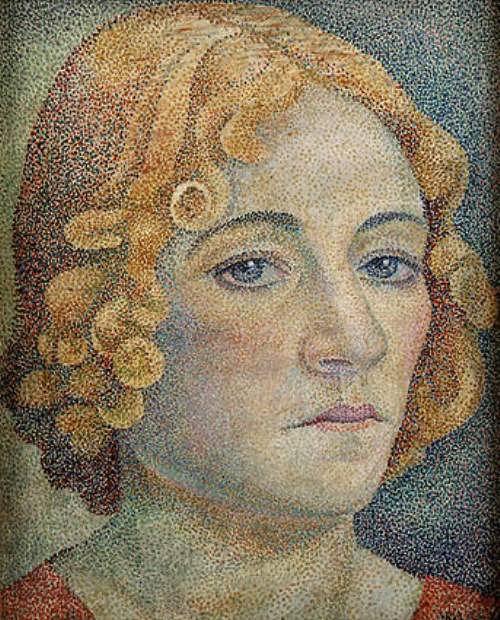 In 1922, Rivera joined the Mexican Communist Party, in the same year he married Guadalupe Marin.
He wanted everyone to see his work, so he decided to paint murals. Murals are large pictures painted on the walls of buildings. His murals showed Mexican history, traditions, and culture. Altogether, Rivera painted more than two and a half miles of murals in his life.
In 1927 the artist went to the USSR, where in 1928 he became a founding member of October association.
In 1928, Rivera married for the third time. He married artist Frida Kahlo. She was one of Mexico’s greatest painters. Some people said she painted better than he did. Their marriage was stormy. They even divorced and remarried. Frida died at the age of 47. Rivera was very disturbed by her death, and people said he aged suddenly. 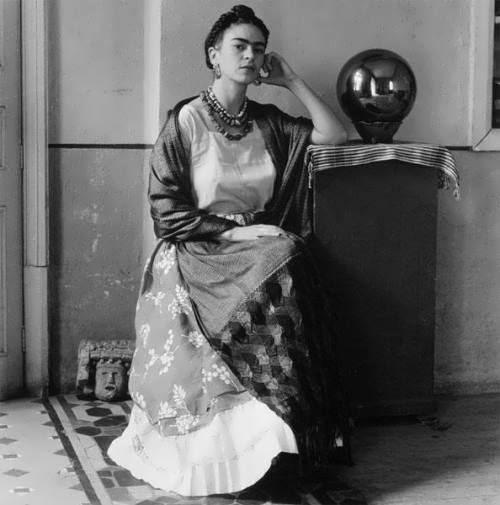 But the next year he married the owner of art salon Emma Hurtado. 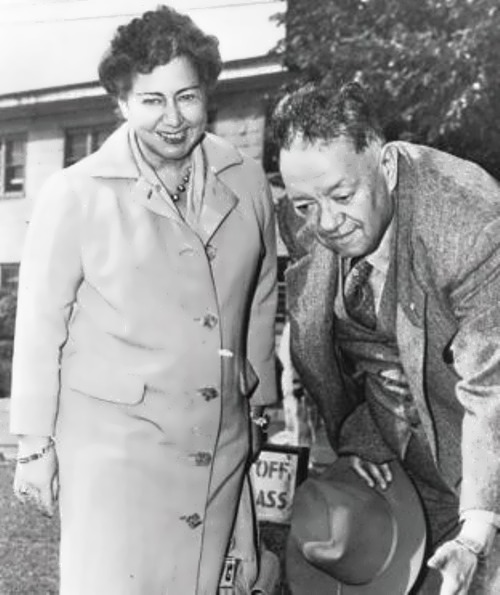 Tina Modotti (one of the first female photographers of the XX century, the actress, nude model) was another beloved of Rivera. 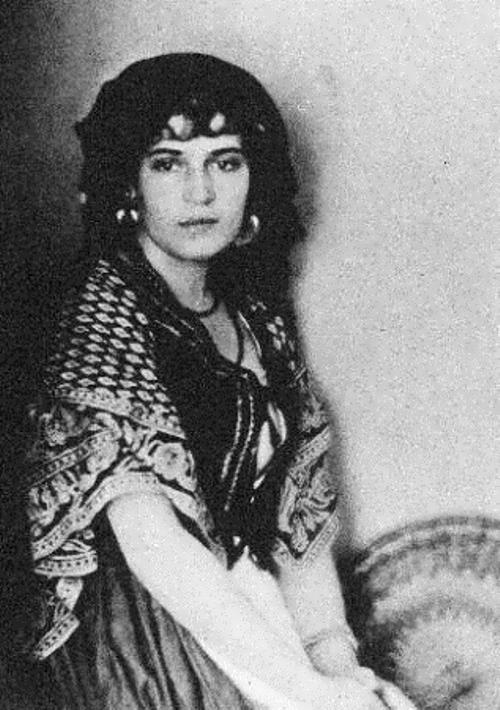 Rivera was in love with Maria Felix and painted many of her portraits. 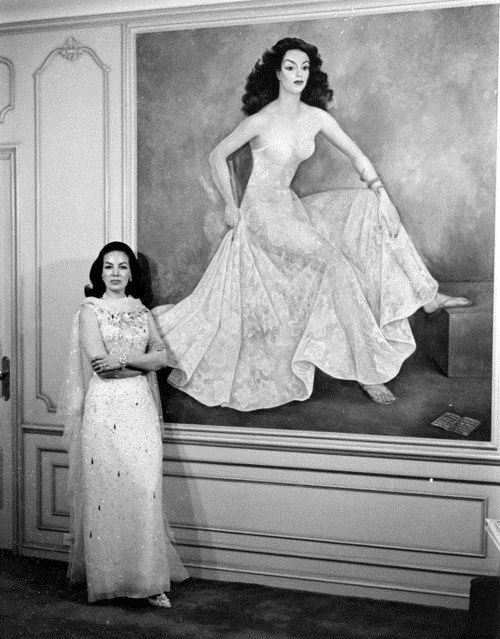 In 1937, Communist theorist-in-exile Leon Trotsky found asylum in Mexico, and Rivera became his host. However, in 1939, Rivera broke off with Trotsky.
Rivera lived in the United States from 1930 to 1934. He painted public buildings in Detroit and San Francisco. Rivera was a communist, and he put the communist leader of Russia, Vladimir Lenin, in the mural. Many Americans were very angry about this. They destroyed the mural, and Rivera left the United States.
One of the main themes in the works of Rivera were folk stories, beliefs and customs of the Mexican people and the revolutionary movement in the country.
In 1955-1956 the artist once again came to the USSR.
Diego Rivera died on November 24, 1957 in Mexico City. He was buried in the Rotunda of Illustrious Men.
On April 30, 2015 a crater on Mercury’s surface was named in honor of Diego Rivera. 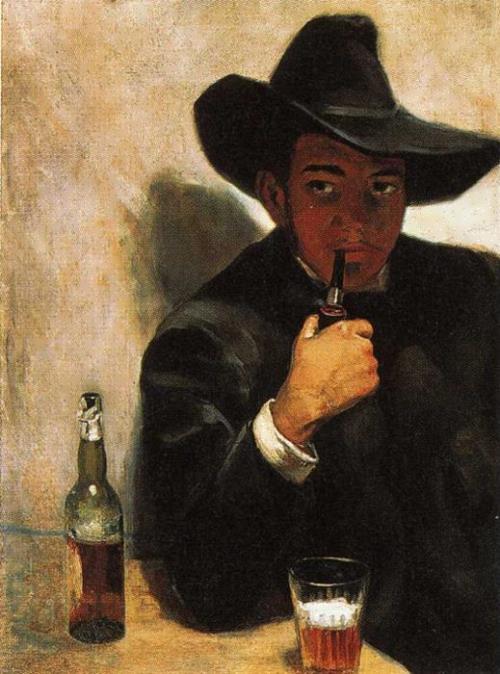 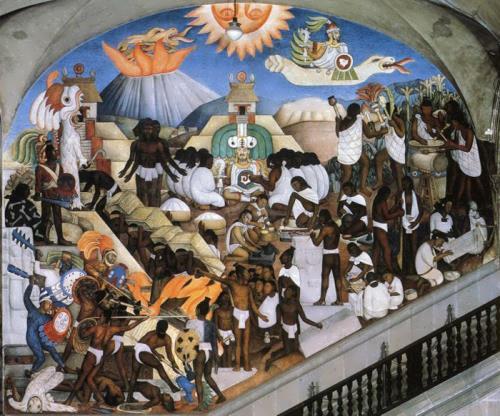 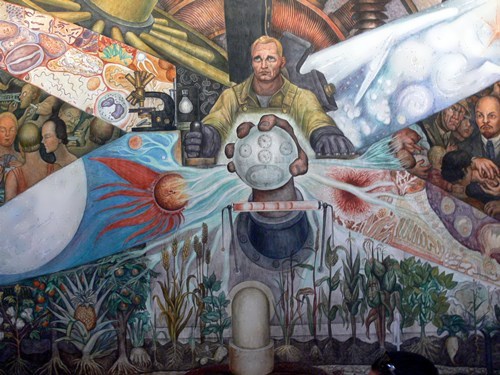 Man, Controller of the Universe 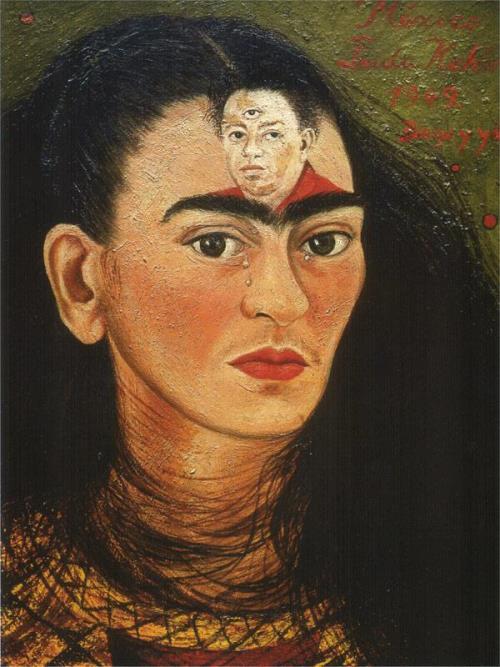 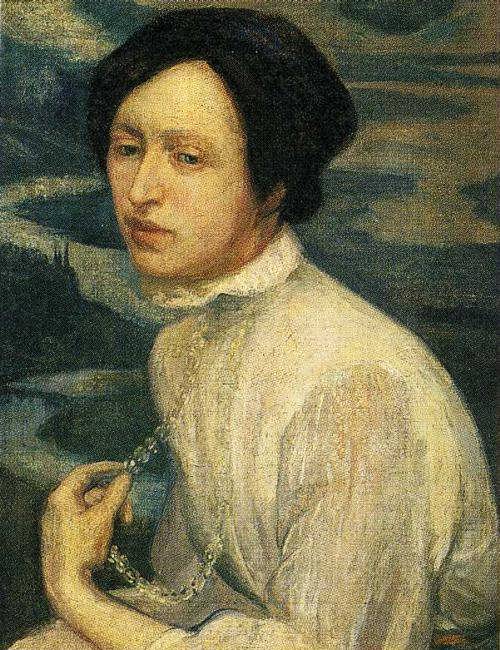 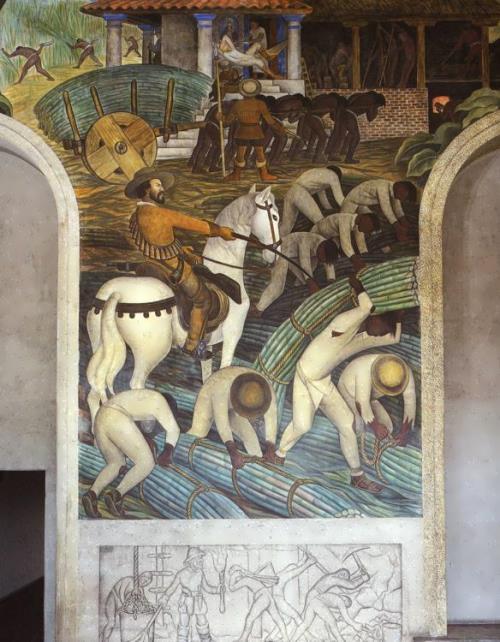 The enslavement of the Indians, and the construction of the Palace of Cortes. Fragment, 1929 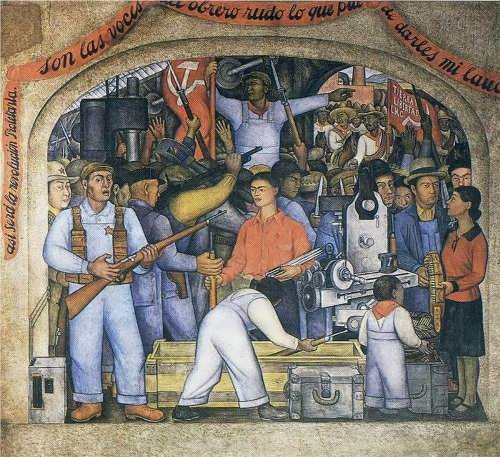 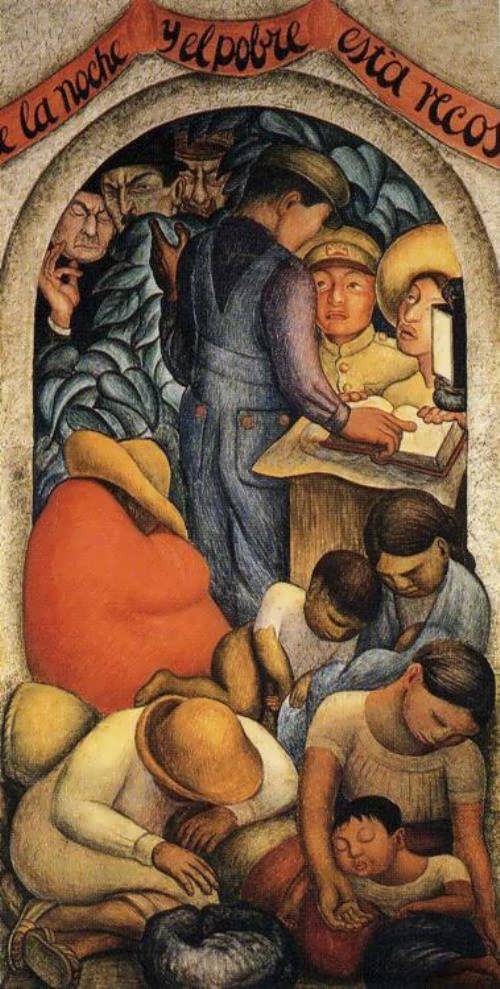 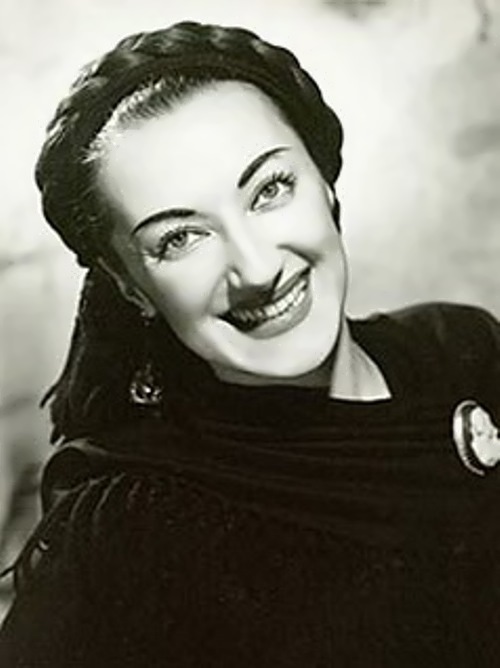 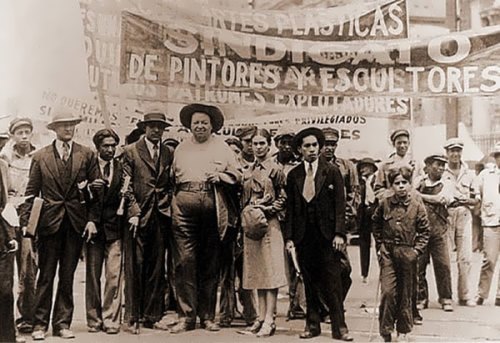 Photo by T. Modotti . Diego Rivera and Frida Kahlo at the May Day demonstration, 1929 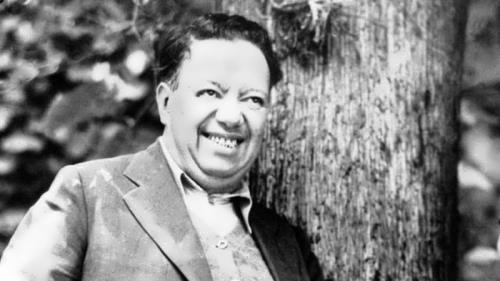 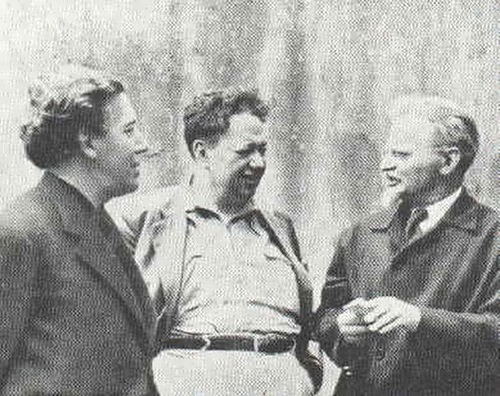 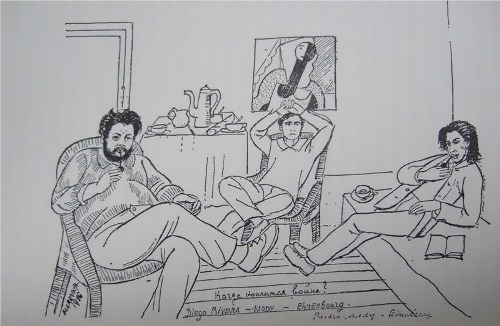