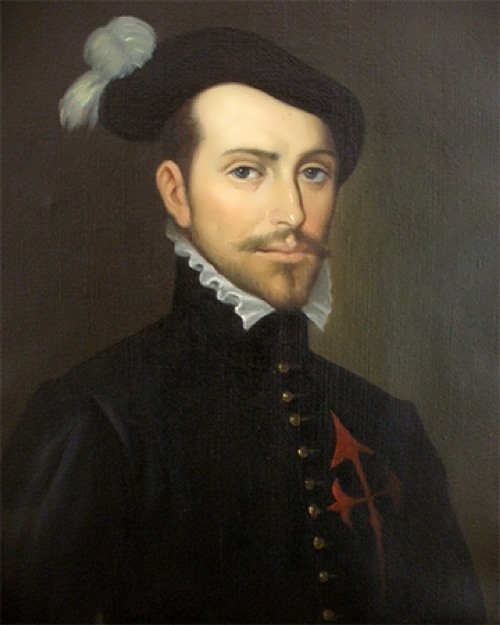 Hernan Cortes was a Spanish conquistador, who conquered the great Aztec Empire in 1521. Thanks to him, in the 1520s people in Europe began to use vanilla and chocolate.
Fernando Cortés de Monroy y Pizarro Altamirano was born in 1485 in Medellin, Spain. For two years he studied at the University of Salamanca, but chose a military career. At age 19 he sailed for the island of Hispaniola in the West Indies.
In 1510-1514 he participated in an expedition under the command of Diego de Velazquez to conquer Cuba. Cortes became mayor of Santiago, the capital.
On November 8, 1519, Cortes marched into the Aztec capital of Tenochtitlan (now Mexico City). The Aztec emperor Montezuma II welcomed Cortes because he thought he was a god of Aztec legend. Cortes quickly seized power. In 1522-1526 he was a captain-general of the newly formed colony, but because of the fierce struggle for power he returned to Europe in 1528.

In 1529 King Charles V granted him the title of Marqués del Valle de Oaxaca. In 1530, Cortes returned to Mexico with the rank of the military governor, but had no real power. Ten years later he returned to Europe and took part in the unsuccessful campaign against Algeria in 1541.
He died and was buried in Spain, but in 1566 the remains were moved to Mexico. In 1560s his descendants tried to seize power in Mexico, but the revolution ended in failure. 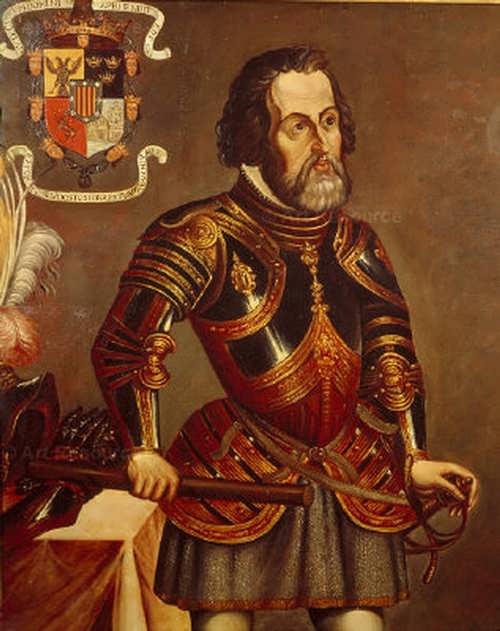 Cortes died on December 2, 1547 in Spain.
Bartolomé de las Casas made him one of the key characters in the Black Legend.
The Gulf of California is also called the Sea of Cortez.
Lope de Vega created the play Marquis del Valle. In the twentieth century at least three plays about Cortez were created. In the XVI-XIX centuries, he often became a subject of inspiration of poets both Mexican and Spanish.
According to Manuel Alcala, only Don Quixote and El Cid were more popular than Cortes among the authors of operas and musical dramas and comedies. Even Antonio Vivaldi wrote the opera Montezuma (it was staged in Venice in 1783).
Monuments to Cortes are in his native Medellin, in Madrid and Naples.
Images of Cortes in the monumental painting were embodied by Diego Rivera (who in the 1920s painted the Palace of Cortés in Cuernavaca) and José Clemente Orozco, but on their frescoes conqueror appeared as a monster. 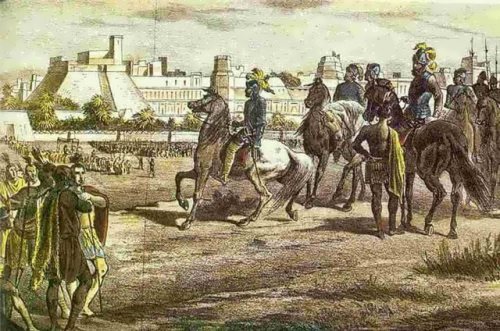 Hernan Cortes in the Aztec capital of Tenochtitlan 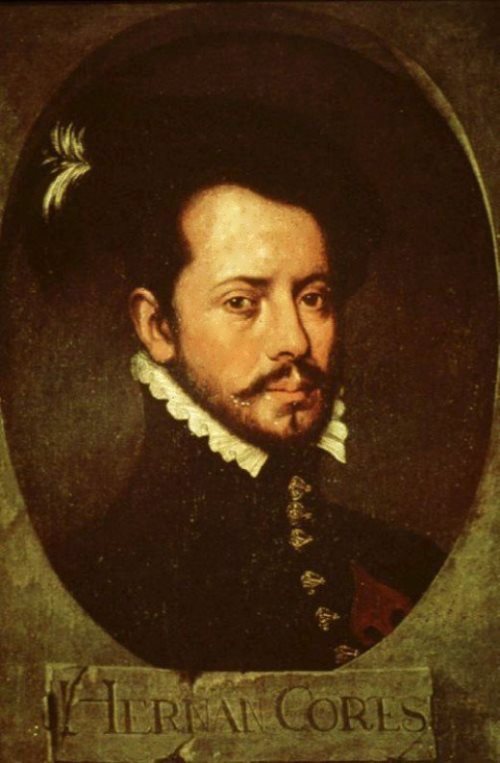 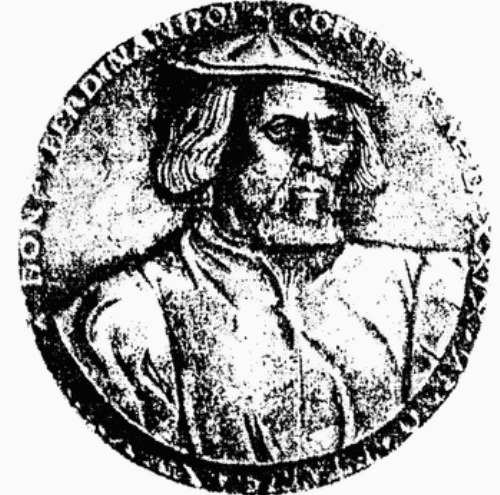 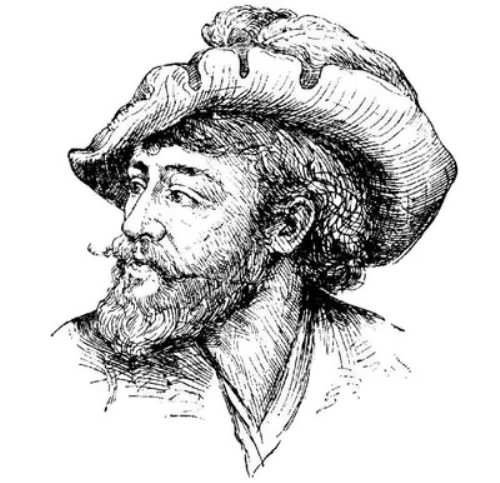 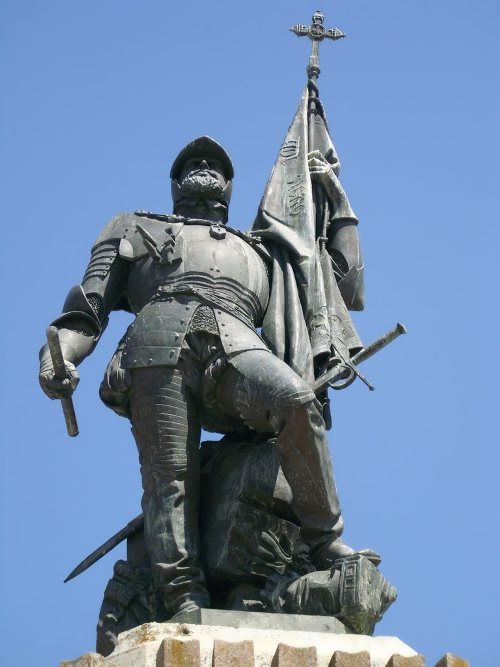