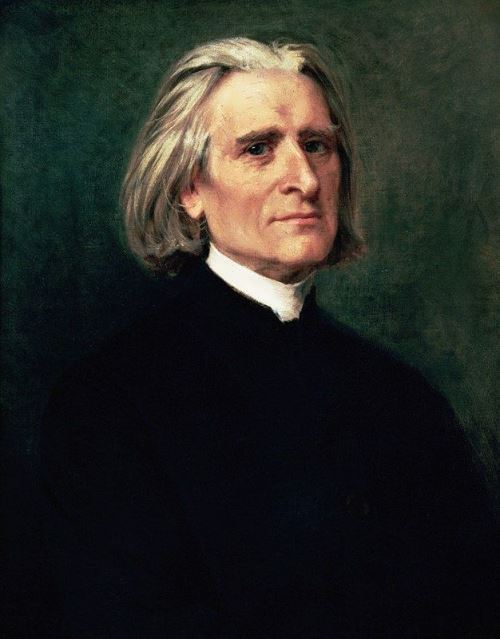 Franz Liszt (1811-1886) was a Hungarian composer, known primarily as one of the first virtuoso performers on the modern piano. He was an innovator in style and harmony.
Franz Liszt was born on October 22, 1811 at Raiding. He received his first instruction from his father. At the age of 9 he played in public for the first time. Shortly thereafter his family moved to Vienna, where he began his studies with Carl Czerny and Antonio Salieri.
In 1823 Liszt left for Paris. The following year he gave his first concert there. Paris was Liszt’s home for 2 decades. He became friendly with Frederic Chopin, Felix Mendelssohn, A. M. L. de Lamartine, Victor Hugo, Heinrich Heine, and eventually Richard Wagner.

Liszt met the Comtesse d’Agoult, who in 1835 left her husband to live with him. She gave birth to three children. In 1843, they separated.
In 1846 Liszt returned to Hungary, where he became interested in gypsy music.
On a concert tour in Russia, he met the Princess Carolyne von Sayn-Wittgenstein. At the age of seventeen, beautiful Carolyne married Prince Sayn-Wittgenstein, but she was not happy in marriage. Her husband turned out to be a lecherous and rude person. Numerous mistresses lived in the same house with his wife, and the prince did not care what Carolyne thought about it. The young princess left the matrimonial home and appealed to Emperor Nicholas I with a request for divorce. Being a little girl, Carolyne fell in love with a young Hungarian whom she had never seen in her life, but knew his beautiful music. It was none other than unsurpassed maestro Franz Liszt.
In 1847, Franz, already a famous maestro, came to Kiev. This was his third trip to Russia. The pianist could not imagine that among the hundreds of fans there was one rich aristocrat whose heart belonged to a well-known composer for a long time. But the mysterious princess knew everything about him. She also knew that the composer was looking for money to stage a grandiose piece of music for his Divine Comedy. Carolyne came to his concert in Kiev and paid a hundred rubles for a ruble ticket. Liszt gave a charity concert to help orphans, and this act of a noble lady made a huge impression on him. The Princess also gave him the money for the implementation of his musical plan. 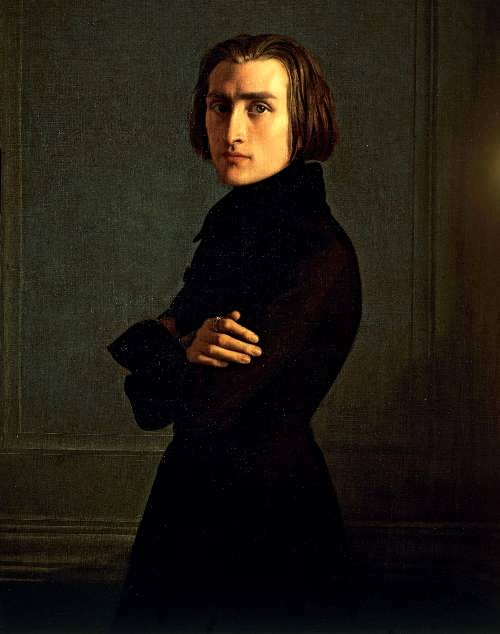 The composer fell in love and made a proposal to the girl. However, the emperor did not allow her to divorce her husband and even threatened to confiscate her entire Russian estate and forbid her return to her homeland if the princess disobeyed him. Carolyne decided to escape and connect her life with her beloved.
She went to Germany, knowing that she could not return. The lovers lived in Weimar for twelve happy years.
When Alexander II ascended the throne, he allowed the divorce. The permission for divorce was given by the Orthodox Church, but the princess, a convinced Catholic, wished to go to Rome to personally ask the pope for permission to divorce. Carolyne was then forty-three years old. The pope gave permission, and the wedding was scheduled for October 22, 1861. But a few weeks before the ceremony, the lovers received a paper from the Vatican, in which it was urged to return the acts of divorce with Prince Sayn-Wittgenstein. Without explaining the reasons, the pope withdrew his permission. But the despair of the bride was short-lived: her husband soon passed away, and Carolyne finally became free. However, Liszt became a monk…
On April 25, 1865, Franz became an abbot. His church was visited by aristocrats and noble officials, as well as Pope Pius IX. 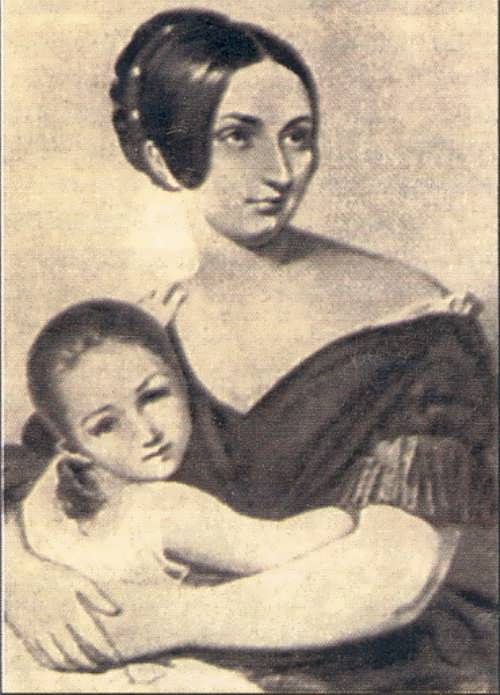 Carolyne von Sayn-Wittgenstein with her daughter, 1840

Carolyne also devoted herself to a church and became a nun. Soon she changed her black clothes to the bright red mantle of the cardinal – the unusual case in the Vatican.
Liszt’s daughter Cosima married the pianist and conductor Hans von Bulow in 1857; she later left him for Wagner, with whom she had three children before marrying him.
In 1873 the fiftieth anniversary of his career was celebrated at Budapest as a national occasion. In 1881 Liszt’s seventieth birthday was celebrated in Rome with a concert of his own music.
Liszt gave his last concert on July 19, 1886, just 12 days before he died. 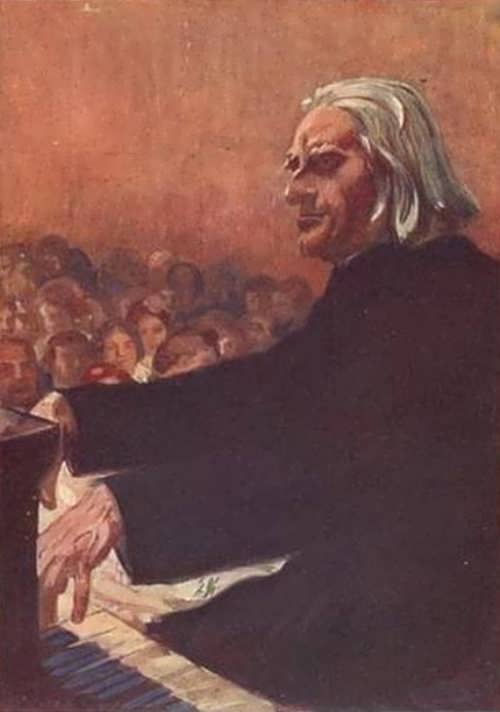 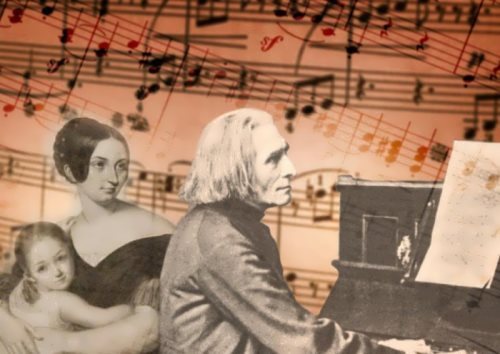 Franz Liszt and the woman who became his last love 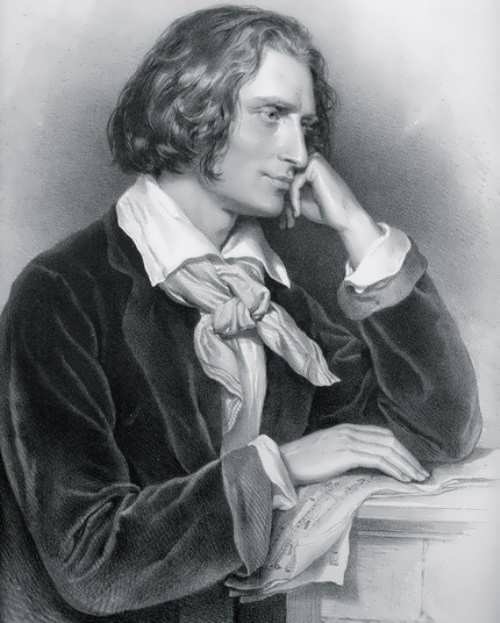 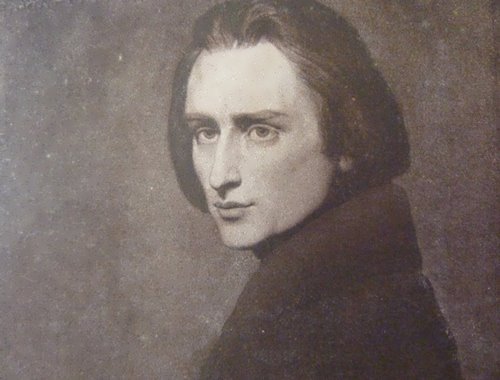 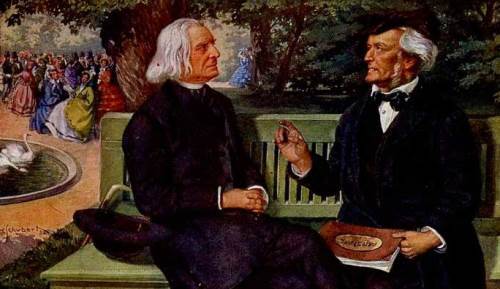 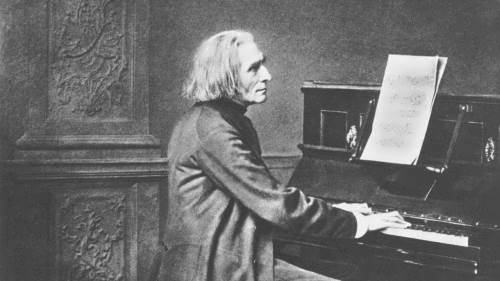 Liszt is playing the piano 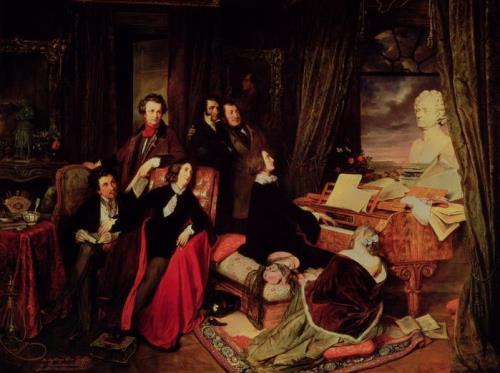 Liszt is playing, Marie d’Agoult is at his feet. J. Sand is sitting in the center next to Dumas. Rossini, Paganini and Hugo are behind them 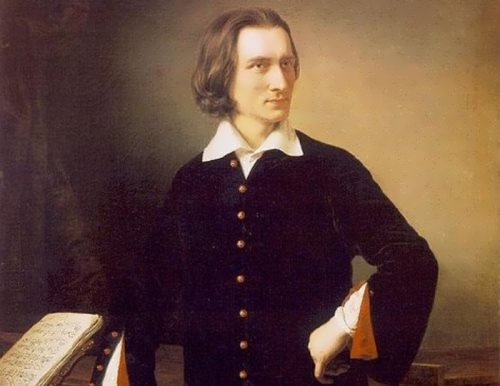 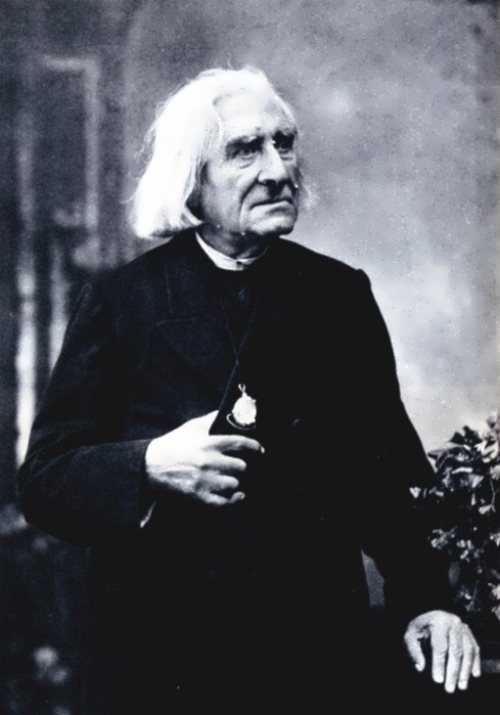 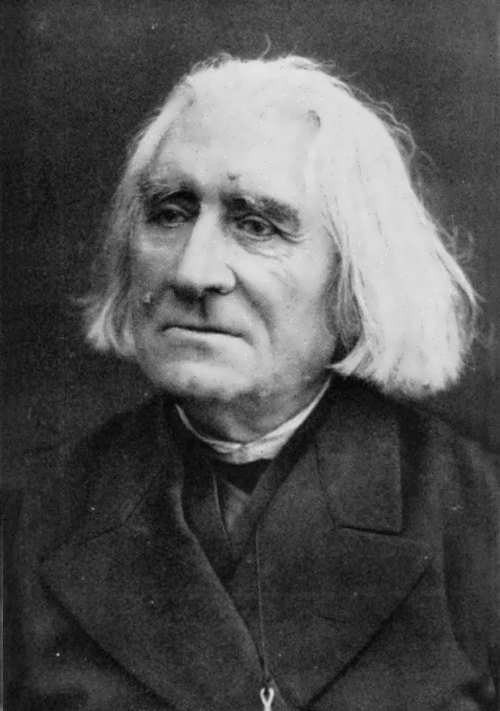 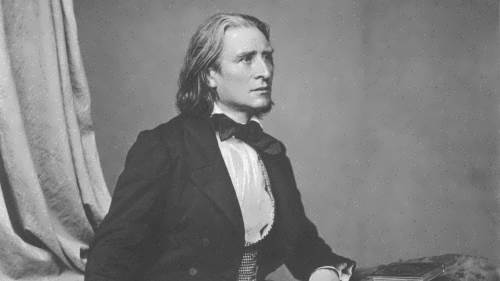 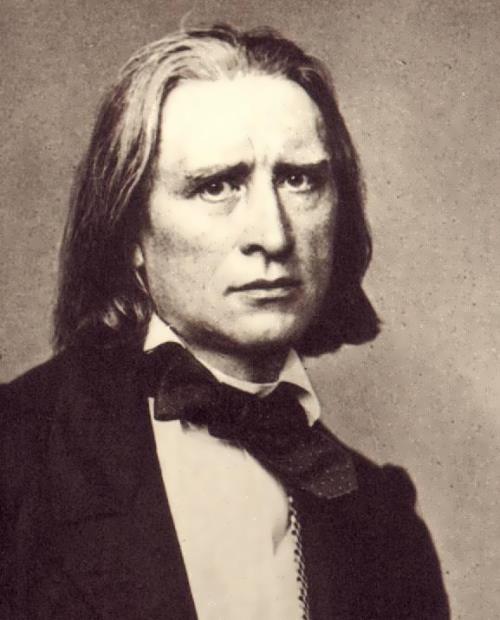 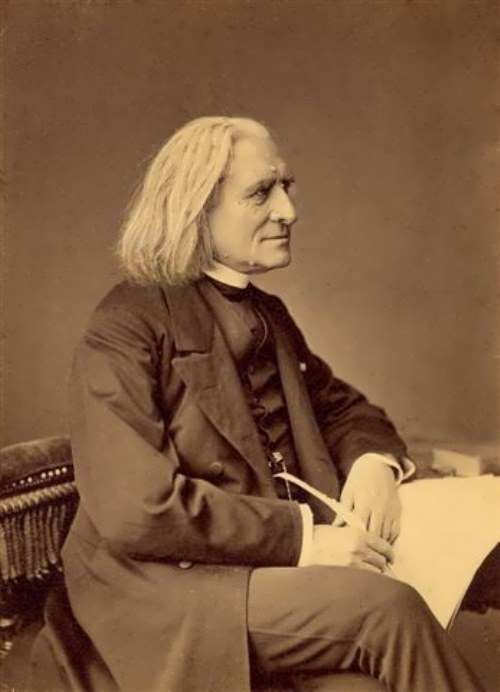 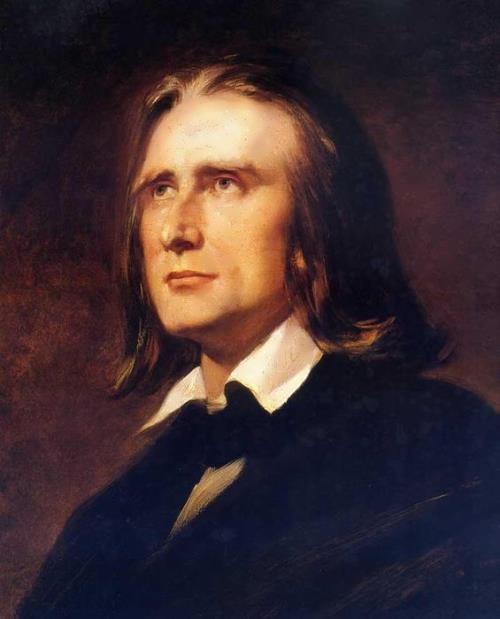 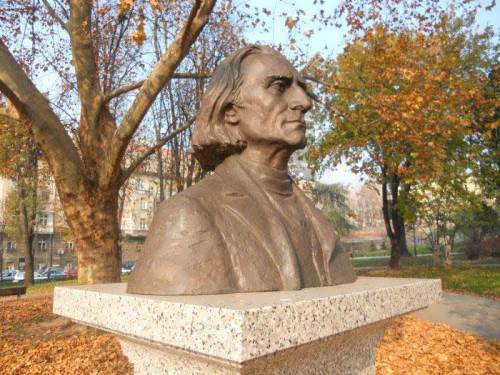