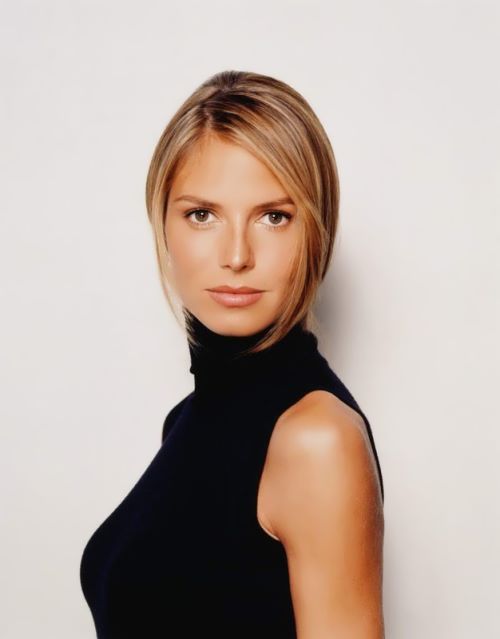 Heidi Klum is a German supermodel, actress and TV presenter.
Heidi Klum was born on June 1, 1973 in Bergisch Gladbach, North Rhine-Westphalia, Germany.
Since the late 1990s, Heidi is one of the most famous models in the world. Her career began in 1992 when she won the grand prize in the Thomas Gottschalk’s Late-Night-Show. 18-year-old schoolgirl won the competition with 25 thousands of competitors, and as a prize she signed a contract with a modeling agency for 300 000 dollars. After high school, she refused to study fashion design in Düsseldorf and began her modeling career instead. Since 1993 Klum has been living in the United States.
World fame came to Klum in 1998, when her photo in a swimsuit was published on the cover of US magazine Sports Illustrated. In addition, Klum was one of the Victoria’s Secret’s leading models, one of the “angels”. She also was on the cover of popular Vogue and ELLE magazines. However, Klum had never belonged to a group of models who were on the podium during the big shows in Paris, Milan or New York.

Klum participated in advertising for Katjes, McDonald’s, shoe brand Stiefelkönig, Birkenstock, Taft, Henkel Group, SPAR supermarket chain, Douglas, Volkswagen Tiguan. She uses her popularity for the successful sale of products under the name Heidi Klum. New York jeweler Mouawad creates collection with Klum.
In December 2004, her first book Klum’s Body of Knowledge: 8 Rules of Model Behavior (to Help You Take Off on the Runway of Life) was released.
In 2005, a rose was named after Klum. In 2009, the German edition of Vogue devoted her June issue.
In 2008, Klum joined the list of 15 richest models in the world according to Forbes.
Heidi has played several roles in films. In the sitcom Spin City, she played in seven series, in addition, she appeared in episodic roles in the television series Sex and the City, How I Met Your Mother, Desperate Housewives, in the films Ella Enchanted, English barber and others.
In 2006, Heidi became a permanent member of the jury in a reality show Germany’s Next Topmodel.
Klum also was a presenter of MTV Europe Music Awards 2012, which was held in Frankfurt on November 11, 2012.
In 2015, Heidi appeared in the video for the song Fire Meet Gasoline by singer Sia Furler.
Among her minor activities is painting (several of her paintings appear in various art magazines in the U.S.) and writing (Klum had been an occasional guest columnist for the German television network RTL’s website and wrote an essay for the German newspaper Die Zeit). 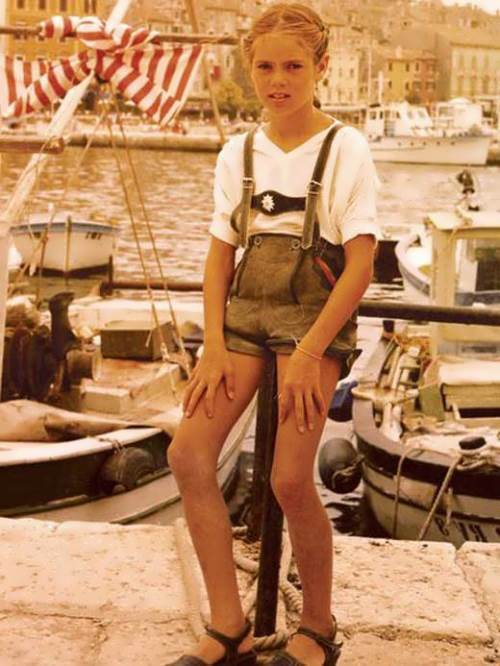 Klum in her childhood

Personal life
Heidi Klum was married twice and has four children.
Ric Pipino, a hairdresser was her first husband. They were married in 1997-2002. 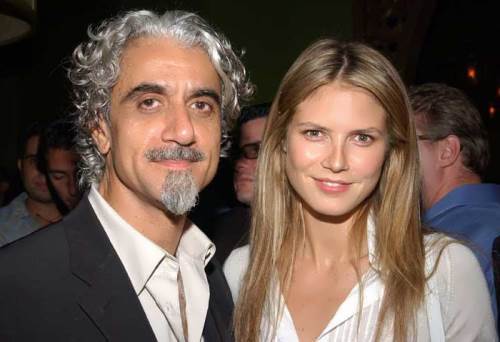 Musician and singer Seal became her second husband. They married on May 10, 2005. The couple has four children: Helene Boshoven Samuel (born on May 5, 2004), Henry Guenther Ademola Dasht Samuel (born on September 12, 2005), Johan Riley Fyodor Taiwo Samuel (born on November 22, 2006) and Lou Sulola Samuel (born on October 9, 2009). The biological father of Helen is Heidi’s ex-boyfriend Flavio Briatore. The couple announced the separation on January 22, 2012. 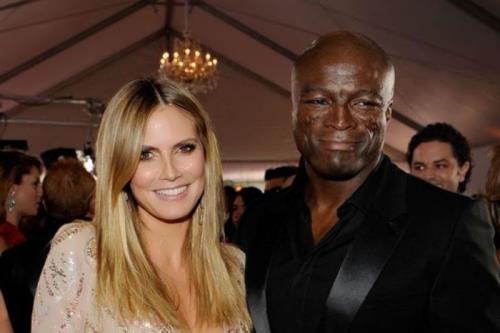 Heidi and her second husband Seal

In September 2012 Klum began dating her security guard Martin Christen. The couple broke up in January 2014. 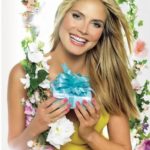 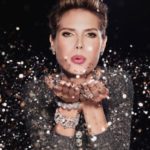 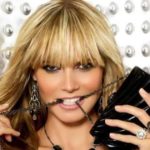 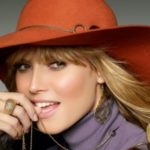 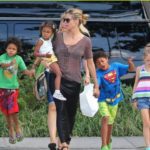 Klum and her children 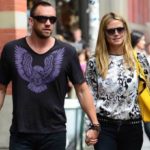