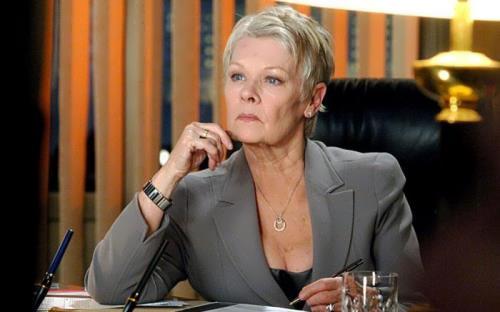 Dame Judith Olivia ‘Judi’ Dench is a British film and stage actress, Cavalier of the Order of the Companions of Honour (2005), Dame Commander of the Order of the British Empire (1988). She was awarded Oscar in 1999, Golden Globe in 1998 and 2001. She is one of England’s most famous and admired actresses.
Judith Olivia was born on December 9, 1934 in the English city of York. Her father Reginald Arthur Dench was a doctor, who served as a staff physician of York Theatre Royal. Since childhood Judi was fond of drawing and dancing. Her elder brother, Jeffrey Dench, also became an actor.
In 1957 Dench debuted on the professional stage in the role of Ophelia (Hamlet) at Old Vic Theater. Her performance and delivery were delicate but intelligent, and the character came alive for audiences.
In 1960, at London’s Old Vic, Judi played Juliet in the play Romeo and Juliet directed by Franco Zeffirelli. In 1961, she joined the Royal Shakespeare Company.

Dench’s first film, The Third Secret, appeared in 1964.
Dench became world famous after her roles in the film about James Bond – Golden Eye, where she played M – Bond’s boss and in Shakespeare in Love, where she played the role of Queen Elizabeth I. For this she won an Academy Award for best supporting actress.
She played the role of writer Iris Murdoch in the film Iris.
In 2005 she starred in the film Mrs. Henderson Presents. In the same year she acted in the film Pride and Prejudice based on the eponymous classic novel by English writer Jane Austen. The actress starred as Lady Catherine de Boer.
In 2013 she played the title role in the drama Philomena. For the role she was nominated for Oscar, Golden Globe and BAFTA awards.
In 1988 Dench was honored with a knighthood as Dame Commander of the British Empire for her remarkable contribution to theater and films.

Personal life
On February 5, 1971 Dench married her colleague, actor of the Royal Shakespeare Company, Michael Williams. The following year she gave birth to a daughter who was named Tara Cressida Frances (currently known as actress Finty Williams). Her grandson Sam was born in 1998. Judi and Michael lived happily for 30 years. On January 11, 2001, her husband died of cancer. 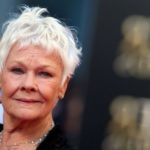 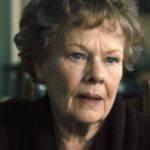 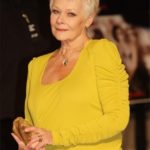 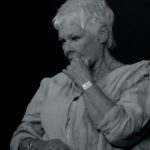 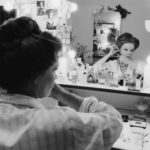 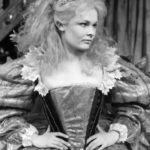 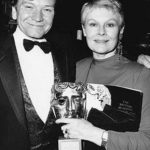 Judi and her husband Michael Williams 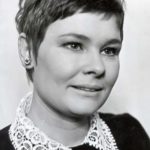