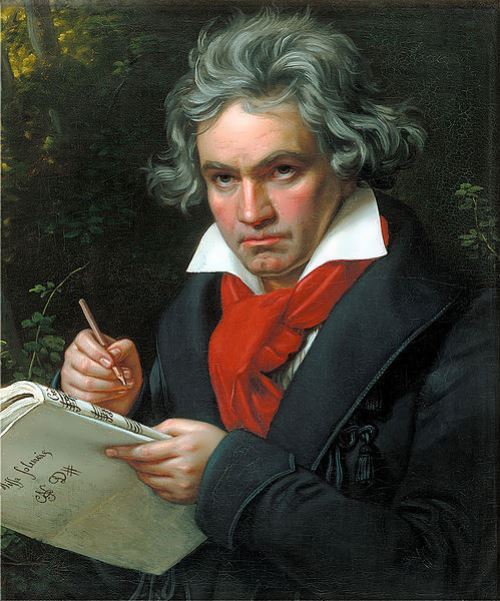 Music is the highest manifestation of wisdom and philosophy.

Ludwig van Beethoven was one of the greatest composers of all time. He helped to make classical music popular and respected around the world. He brought new ideas and life to such classical music forms as the sonata, symphony, concerto, and quartet.
He was born in December 1770 in Bonn, Germany. Ludwig had a difficult and miserable childhood. His father, Johann, was a musician for the king. He began teaching his son to play the piano at the age of four. Johann knew Ludwig had talent. But his father was a very strict teacher. He hit Ludwig’s hand when he made a mistake and often woke him up in the middle of the night to make him play for friends. In 1782 Ludwig became the assistant organist for the king. He was only 12 years old! The boy earned his own money and he had to support his family.

At the age of sixteen Beethoven went to Vienna to study. There he played for many important people, including the famous composer Wolfgang Amadeus Mozart. Soon Beethoven learned about his mother’s death and he had to move back to Bonn to take care of his younger brothers and sister. 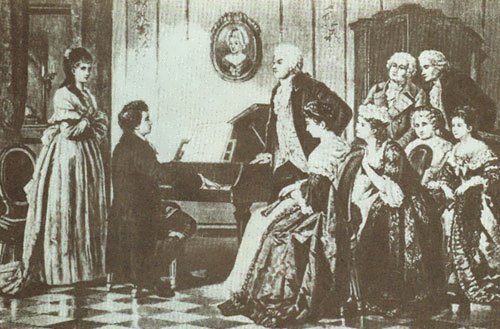 A. Bortman. Beethoven is playing for Mozart

In 1790, he returned to Vienna and studied with Austrian composer Joseph Haydn.
He became widely famous after a large public concert in Vienna in 1800.
Beethoven began to lose his hearing when he was in his late twenties. He became deaf but the music continued to play inside his head.
He fell in love many times and asked several women to marry him. Most of the women were engaged or already married.
Beethoven died on March 26, 1827 in Vienna when he was 57. Over 20,000 people came to his funeral. 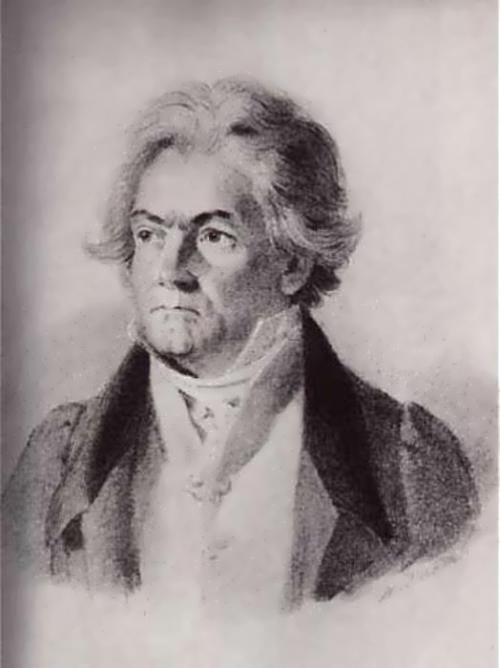 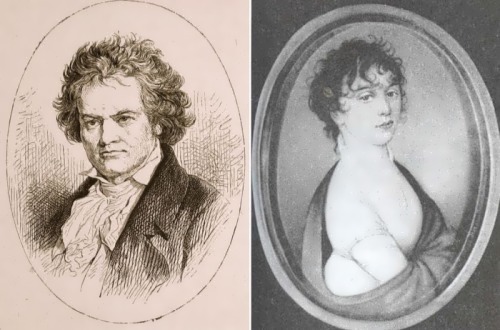 Moonlight Sonata, one of the most famous masterpieces in the history of music, was dedicated to the young Giulietta Guicciardi. She won the heart of the young composer and then brutally broke it.
Beethoven’s childhood was the most severe time in the life of the composer. His father, rough and despotic man, made the little boy play from morning till night. At the age of eight Beethoven earned his first money- he gave a public concert. 12-year-old boy freely played the violin and the organ.
Christian Gottlob Neefe became his wise and kind mentor. Neefe taught the boy to understand the nature, art, and human life. He taught Beethoven ancient languages, philosophy, literature, history, and ethics.
In 1800, Giulietta Guicciardi (1784-1856), daughter of a rich and noble Count Gvichchardi, came to Vienna. She was very young, but her charm fascinated 30-year-old composer. In a letter to his friend Beethoven said: “This wonderful woman is so much loved by me and loves me, that I see a striking change in myself because of her.”
A few months after the first meeting Beethoven offered the girl to take some free piano lessons. She gladly accepted this offer, and in return for such a generous gift presented her teacher with embroidered shirts.
Beethoven was a strict teacher. When he didn’t like her piano playing, he threw the notes on the floor, and she silently collected them. Six months later, at the peak of the senses, Beethoven began to compose a new Sonata, which, after his death, was called Moonlight. It is dedicated to the Countess Gvichchardi and was started in a state of great love, admiration and hope. 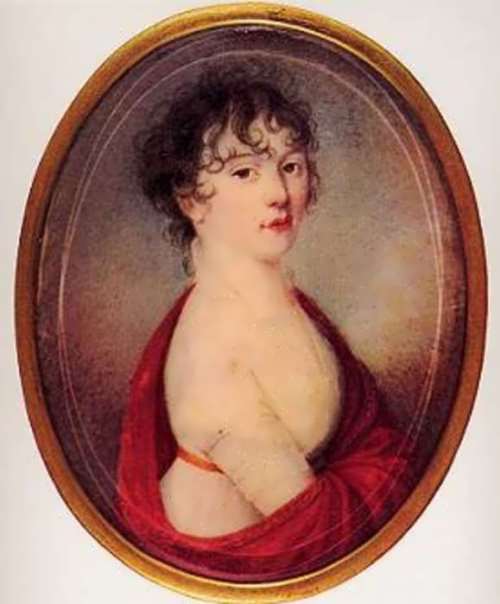 However the windy coquette began an affair with eighteen-year-old Count Robert von Gallenberg. Beethoven was very angry and frustrated. The young Countess married Gallenberg and moved to Italy.
The great composer became deaf. Fear and frustration awoke suicidal thoughts in composer. But Beethoven decided to start a new life and created great masterpieces in almost absolute deafness.
Several years passed, and Giulietta returned to Austria and came to Beethoven. Weeping, she thought about the wonderful time when the composer was her teacher, talked about poverty and the difficulties in her family, asked to forgive her and to help with money. The maestro gave her a considerable sum of money, but asked to leave and never appear in his house. Beethoven seemed indifferent and apathetic. But who knows what was going on in his heart ravaged by numerous disappointments. At the end of his life the composer wrote: “I was very loved by her, and more than ever, was her husband …”
Trying to erase the memory of his beloved forever, composer met with other women. One day, when he saw beautiful Josephine Brunswick, he immediately confessed his love to her, but in response received only polite but unequivocal refusal. Then, in desperation, Beethoven made a proposal to Josephine’s sister – Teresa. But she also refused.
After the death of a great musician a letter was found in a desk drawer: To the immortal beloved.
Later many people would argue about the recipient of the letter. But little fact showed that it was written for Giulietta Guicciardi. A tiny portrait of his beloved, made by an unknown master, was kept next to the letter. 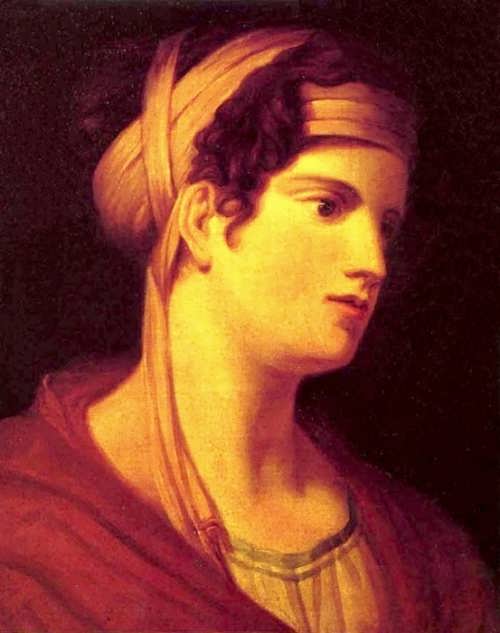 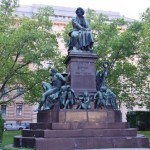 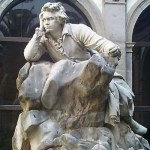 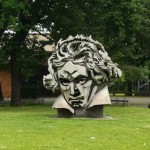 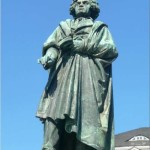 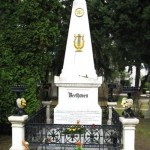 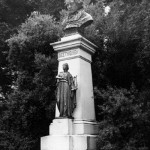 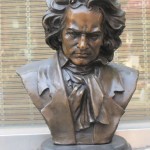 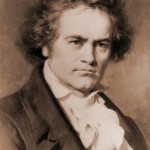 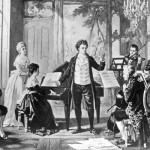 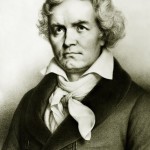 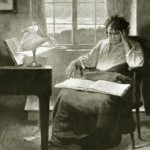 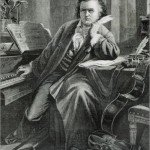 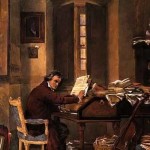 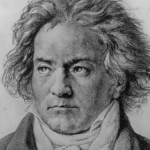 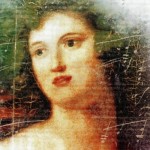