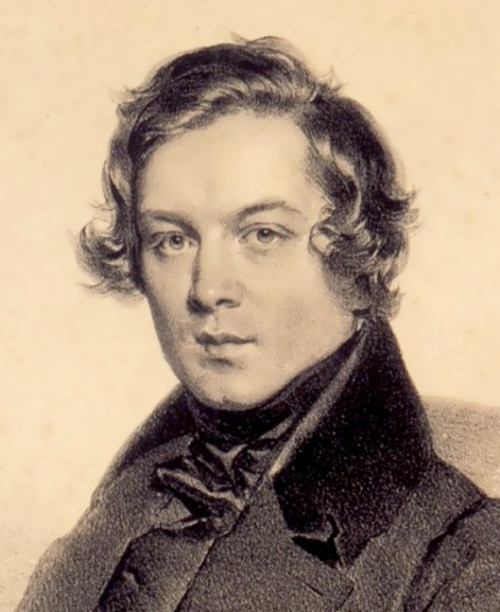 Robert Schumann was a German composer, educator and influential music critic who made a significant impact on the burgeoning romantic movement. His teacher Friedrich Wieck was sure Schumann would be the best pianist in Europe, but because of the hand injury Robert had to leave the career of pianist and dedicated his life to composing music. Until 1840 Schumann composed music exclusively for the piano. Later many songs, four symphonies, opera and other orchestral, choral and chamber music were composed. His articles on music, he published in the newspaper Neue Zeitschrift für Musik.
Robert Alexander Schumann was born on June 8, 1810 at Zwickau. His father, Friedrich Schumann, was a bookseller and publisher. As a child Robert was interested in German literature and spent hours in his father’s bookshop. Mood and images of romantic literature were later reflected in his music. As a child, he joined the professional literary work, wrote articles for the encyclopedia.
When the boy went to school he studied piano with the local church organist. At the age of 9 Robert began composing his own music. Schumann took part in school concerts.

In 1826 Schumann’s sister, Emilie, committed suicide as the result of a mental disorder, and his father died a few months later. 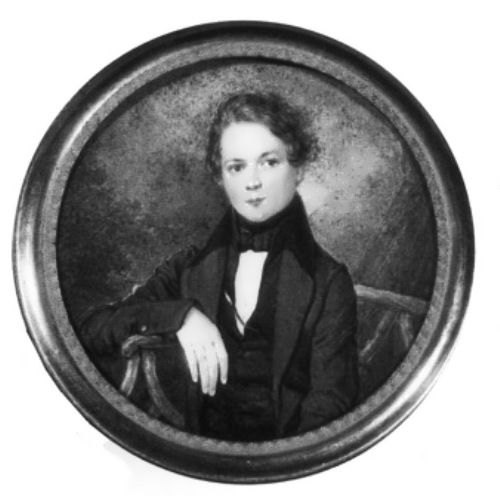 Schumann – one of the most prominent composers of the Romantic era

In 1828 he entered the University of Leipzig, and the following year moved to the University of Heidelberg. He continued his musical studies with Friedrich Wieck. At his home Schumann met Wieck’s daughter Clara.
In the summer of 1829 Schumann went on holiday to Switzerland and Italy and wrote the first part of his Papillons for piano.
In 1834 the first issue of the New Journal for Music appeared. Schumann edited this reforming journal until 1844, and it became a model for music criticism.
In 1836 his mother died. Robert stayed on in Leipzig with the Wiecks and fell in love with Clara. In 1837 they became engaged. Schumann married Clara, against her father’s will. The couple had eight children. His wife also composed music and was a good pianist.
In February 1840 Schumann was honored by a doctorate from the University of Jena.
In 1843 Mendelssohn called him to teach composition at Leipzig Conservatory.
In 1844, Schumann and his wife went to St. Petersburg and Moscow.
In 1850 Schumann was invited to the post of municipal music director in Düsseldorf.
Schumann suffered from a mental disorder. On February 27, 1854 he threw himself into the Rhine in a suicide attempt. He was taken to an asylum in Endenich.
Schumann died on July 29, 1856. 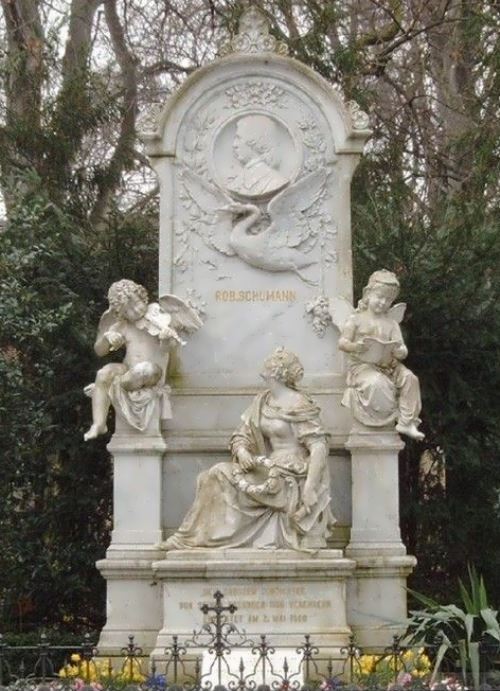 The great romantic composer Robert Schumann began his career extremely successfully and finished it in a mental health clinic. Perhaps Schumann would not so world famous if he hadn’t met brilliant pianist Clara Wieck whose perfect play forced the composer to rise to divine heights.
Schumann was born in the provincial town and was the fifth child in a large family. His father, a well-known publisher in the province, wanted his son to become a poet and literary critic. Fate decreed otherwise: once the boy heard a violin concert of Paganini and fell in love with music. Mother loved the boy more than other children, but wanted him to become a lawyer. In 1828 young Schumann went to Leipzig, where he entered the university to study law. 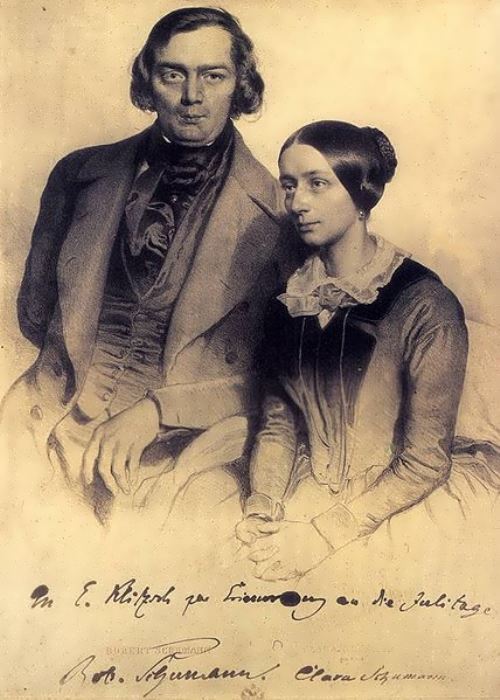 However, he still dreamed of becoming a musician. One day, he decided to visit local psychiatrist Carus. His wife, Agnes Carus, was a singer and famous musicians and music critics often gathered in their house. Music teacher Friedrich Wieck and his nine-year-old daughter were there. The little girl was very talented. When she sat down at the piano and put her slender hands on the keys the house was quiet and listened to little Clara’s play very attentively. There was no doubt: the girl had an amazing musical gift.
Clara Wieck was born in 1819 and was brought up by a strict father, who left his wife, taking little daughter and her younger brother with him. Her father was obsessed with the idea to make his first child brilliant, world-famous musician. Thus, he wanted to glorify his name for centuries.
The girl was very sickly and weak child. Clara began to speak at the age of four and sometimes seemed quite deaf. It could be because of the unhealthy atmosphere in the family and squabbles between her parents. When they divorced and the father took little Claire with him to Leipzig, the little girl showed her outstanding abilities. The girl had to study hard: daily, hours-long piano sessions, strict regime and strenuous exercise. The father took away her childhood but gave worldwide fame instead. 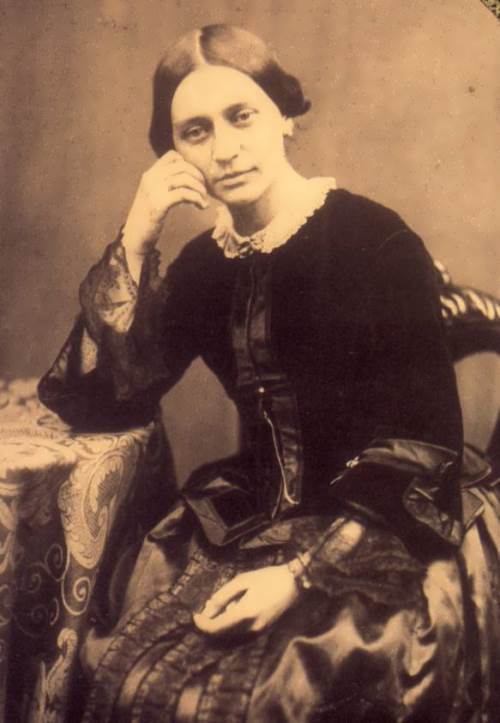 The next morning, after performance of a little pianist, Schumann stood at the door of Wick House and begged the head of the family to be his teacher. That day he became a pupil of the famous music teacher Friedrich Wieck. Contemporaries remembered that Schumann everywhere took a cardboard keyboard with him and constantly practiced piano playing technique. Unfortunately, during sophisticated exercises he hurt his right hand and doctors forbade him playing the piano and took away his hope to become a great pianist. The future composer became interested in music criticism.
In 1836, when Clara was sixteen years old, Schumann first declared his love for her. The girl was happy. Lovers had to hide their relationship. However, the father soon learned about his daughter’s novel and took her away from the city. The lovers did not have any opportunity to meet for more than a year and a half. Even their correspondence was strictly prohibited. In the days of separation Schumann composed his best Songs, which later brought him worldwide fame.
In 1837, when the Wiecks returned from an extended tour in Leipzig, Clara wrote a tender letter to Robert and gave it to a mutual friend. Since then their secret correspondence began. “… You’re a guardian angel sent to me by the Creator. After all, you and only you brought me back to life … “- wrote Schumann. Sometimes friends organized secret meetings.
When Schumann came to old Wieck to ask for his daughter’s hand Friedrich became angry.
On September 12, 1840 Robert and Clara were married in a small church near Leipzig despite the prohibition of strict father. The couple settled in a tiny house on the outskirts of the city. Clara gave concerts, Robert composed music, and in their spare time, they taught at the conservatory. Famous Poet’s Love, Love and Life of the Woman, Dreams of Love were created by Robert at that happy time.
Four years later the couple went on a joint tour in Russia. There was a grand concert of the famous European pianist in St. Petersburg. The next day the newspaper wrote: “Incomparable Clara and her husband came to us…” Back home, Schumann was depressed, he became withdrawn and unsociable: “My position near the famous wife is getting more humiliating … Fate laughs at me. Am I just the husband of Clara Wieck, and nothing more? ”
Living in the Düsseldorf the Schumanns met Johannes Brahms (1833-1897) who remained loyal and sincere friend of the spouses until the end of their life. When on October 1, 1853 young Brahms appeared in the doorway of their house, the master wrote in his diary: “Brahms’s visit (genius).”
Meanwhile, Robert’s health was getting worse. Sometimes he did not want to see even his “beloved Clara.” He suffered from hereditary mental illness. Schumann left the real world and lived in his own, created by his imagination, visited the magic clubs and was involved in spiritualism and mysticism.
Clara tried to help her husband. Composer had auditory hallucinations and sometimes he did not even recognize his wife and children. One day he threw himself into the Rhine trying to get rid of images. Passersby saved Schumann.
After the incident the genius asked to bring him to asylum, where he spent two agonizing years. He fell into a deep depression, refused to talk, eat and drink.
Robert Schumann died of exhaustion on July 29, 1856.
After the death of her husband Clara were left alone with eight children. The widow of the composer lived as much as forty years after his death. At first, Brahms helped her to keep house. Six months later, he returned home to Hamburg. Friends and relatives expected he married Clara. But he didn’t. Perhaps it was for several reasons. Firstly, Clara was 14 years older than Johannes and treated him like a child. Secondly, the young, 23-year-old man didn’t want to be surrounded by a very busy wife and eight children. Some were convinced that Brahms was afraid of Clara’s talent, which overshadowed his talent. One way or another, but Johannes Brahms left Düsseldorf alone.
When Clara died on May 20, 1896 in Frankfurt, Brahms was very upset. He died a year later.
It should be noted that the time put everything in its place: the names of Schumann and Brahms are known by anyone who has even the slightest interest in classical music, and only music specialists remember Clara Wieck. 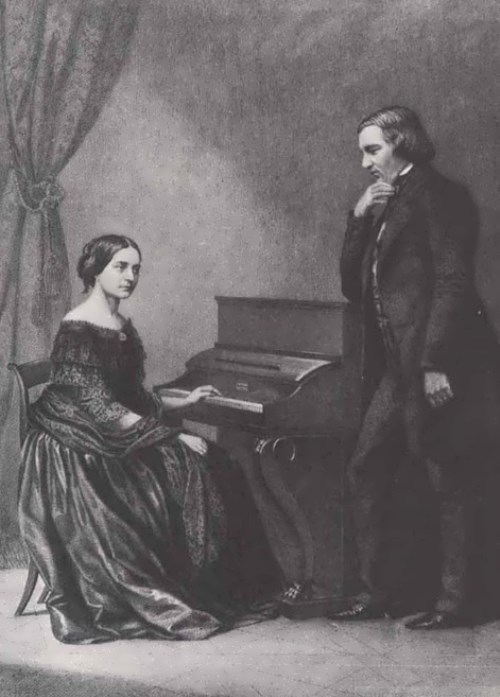