Melania Trump is a Slovenian fashion model, watches and jewelry designer. She is wife of the 45th president of the United States of America Donald Trump.
Melania Knavs was born on April 26, 1970 in Sevnica, the Socialist Federal Republic of Yugoslavia. Her father, Victor Knavs comes from the nearest town, Radeche and her mother Amalia from the village near Sevnica, on the outskirts of the Sevnica castle. Her father sold second-hand cars and her mother worked in a textile factory.
Melania entered Ljubljana University (architecture and design) but quit education after the first year. One day she met photographer Stane Jerko and her life radically changed. She moved to Milan. The girl began her modeling career at the age of 16 and performed in shows in Milan and Paris.
Working for Allure magazine, in 1999, she met Donald Trump. Later Melania became a professional model and began performing in New York.

Their relationship became public after the successful start-up and business-oriented reality show The Apprentice, as well as after the Knavs and Trump’s performance on the radio show The Howard Stern Show, where Trump said about the love of his life. The scandalous relationship with Trump made Melania known and popular. Raised fame led to cooperation with the British magazine GQ, for which she posed nude, and her photo was on the cover of the magazine in January 2000.
Knavs was the cover girl for Vogue, Harper’s Bazaar, Ocean Drive, In Style, New York Magazine, Avenue, Allure, Vanity Fair, Self, Glamour, Elle and appeared in Sports Illustrated Swimsuit Issue in 2000. She also starred in the film Zoolander in 2001.
On January 22, 2005 Knavs married Trump in the Episcopal Church of Bethesda-by-the-Sea in Palm Beach, Florida. Hillary and Bill Clinton were among the guests. Their wedding ceremony was widely covered by media agencies. Knavs’ wedding dress by the brand Christian Dior cost 200 000 dollars. Wedding cake was 50 feet in size filled with Grand Marnier and covered with 3,000 roses, made by the chef of the estate.
On March 20, 2006 Melania gave birth to their son, Barron William Trump, who became the fifth child of Trump.
After the wedding, Knavs acted in Aflac Insurance Corporation television commercials.
In February 2010 Knavs announced the launch of her own collection of jewelery. 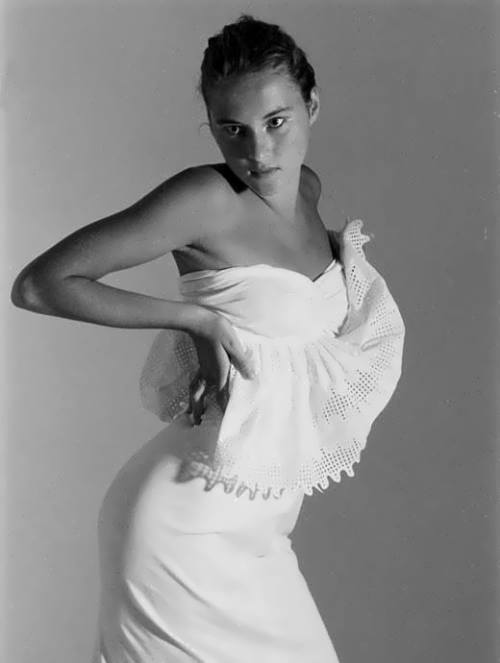 Melania at the age of 16

Some facts
– Melania is the only first lady of the United States who was seen naked by electorate.
– She speaks 5 languages: Slovenian, Serbian, German, French and of course English.
– She wants to be the next Jacqueline Kennedy. Pamela Keogh, who wrote a biography book “Jackie Kennedy. Style Secrets”, expressed the opinion that Melania, like the heroine of her story is a perfect wife -” beautiful, smart, has her own opinion and can give the right advice”. Back in 2000, Mrs. Trump said in an interview with New York Times that, if she ever was the first lady, she would be “very traditional, like Betty Ford and Jacqueline Kennedy.” Perhaps Melania already knew about the secret ambitions of her husband. After nearly two decades her American dream has come true.
– She is the only first lady of the United States, who took part in beauty contests, and starred in commercials. In 1992, Melania Trump took second place in the competition Face of the Year in Slovenia. And that was only the beginning. Many brands from around the world invited her to participate in the photo sessions.
– She is the only first lady of the United States born in a communist country. She is also the second wife of the US president born abroad. The first was Louisa Adams – English wife of the sixth US President John Quincy, who served from 1825 to 1829. 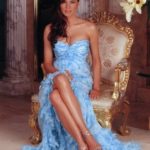 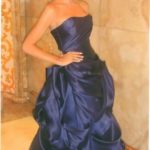 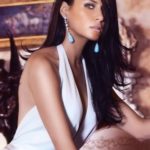 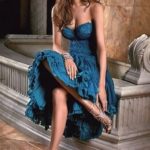 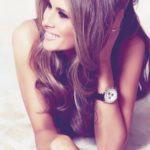 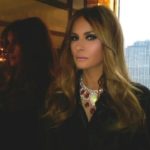 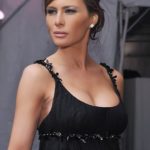 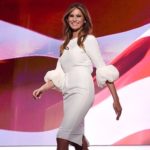 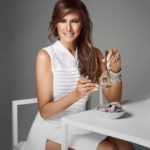 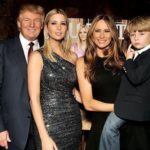 Donald, Ivanka and Melania with son 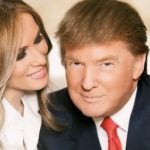 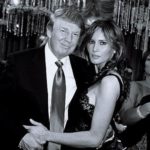 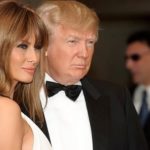 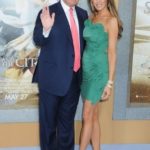 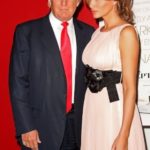 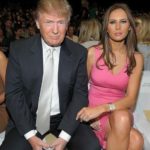 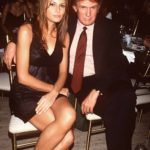 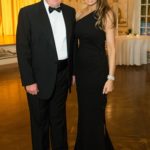 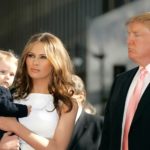 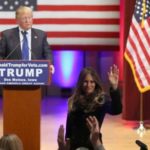 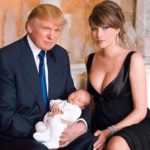 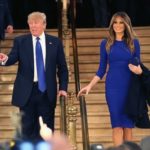 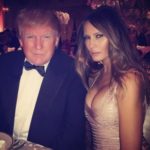 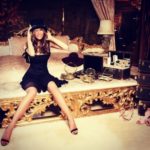 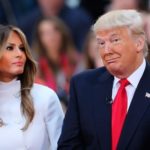 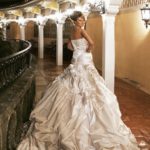 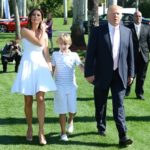