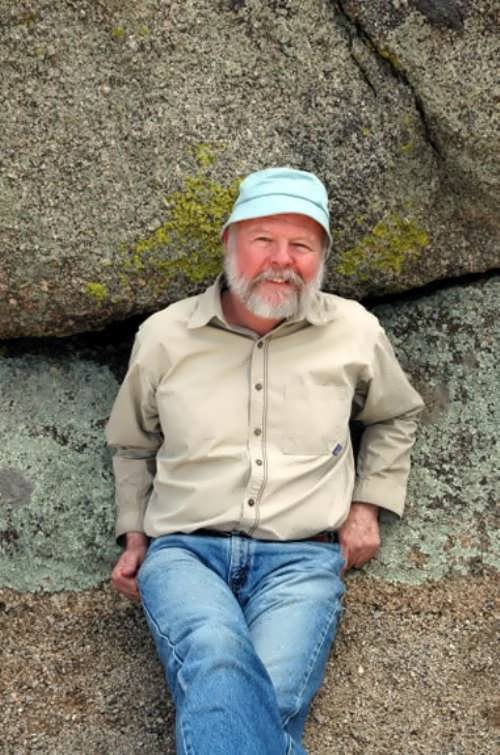 Dave Foreman is an American radical environmental activist, co-founder of Earth First! He wants to slow or stop strip mining, clear-cut logging of old-growth forests, the damming of wild rivers, and other environmentally destructive practices.
Dave was born in 1947 into a family of a United States Air Force employee and traveled widely while growing up.
In college he chaired the conservative Young Americans for Freedom. In the 1970s Foreman was a conservative Republican and moderate environmentalist. He worked for the Wilderness Society in Washington, DC.

Edward Abbey’s novel The Monkey, Wrench Gang (1975) depicted an immoderate and unrespectable band of radical environmentalists. And Foreman decided to take direct action against anyone who destroyed the wilderness in the name of development. With several like-minded friends Foreman founded Earth First!
From 1976 to 1980, he was a board member for the New Mexico chapter of The Nature Conservancy.
From 1982 to 1988 Foreman edited the Earth First! Journal.
In 1987 Foreman published Ecodefense: A Field Guide to Monkeywrenching. He described the tools and techniques of environmental sabotage or monkey-wrenching.
In 1989 Foreman was arrested by the FBI for allegedly financing and encouraging ecological saboteurs and received a suspended sentence.
His autobiography Confessions of an Eco-Warrior was published in 1991. He also co-authored The Big Outside with Howie Wolke. He was an author of Man Swarm and the Killing of Wildlife.
From 1995 to 1997, he served on the Sierra Club’s board of directors.
In 2007 he and fellow board directors founded the Rewidling Institute.
He continues to lecture and write about the protection of the wild life.