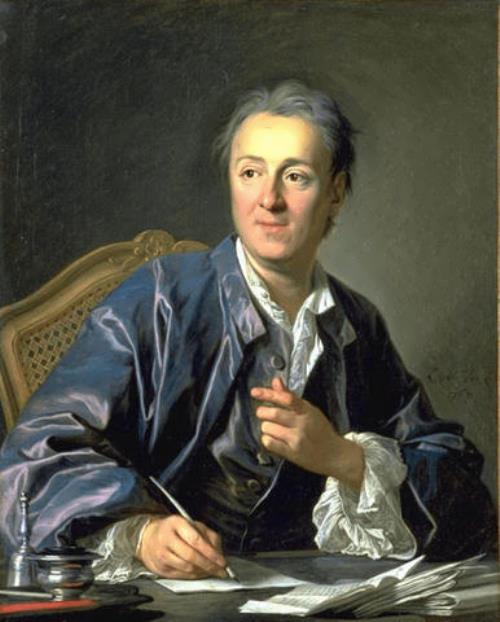 Denis Diderot was a French philosopher, playwright, and novelist during the time of the Enlightenment. He is best known as the editor of the Encyclopedie.
Denis Diderot was born on October 15, 1713 in Langres, Compagne.
In 1726 Denis enrolled in the Jesuit college of Louis-le-Grand. Later he attended the Jansenist College d’Harcourt in Paris. While studying, Diderot worked as a tutor for wealthy families, wrote sermons, and did English translations.
In 1732 he earned a master of arts degree in philosophy.
In 1734 Diderot decided to become a writer. He broke with his family and for the next 10 years lived a rather bohemian existence.
In 1743 he married Antoinette Champion, who gave birth to one child, Angelique.

In 1746 Diderot was named general editor of the 10-volume encyclopedia.
In 1746 he published Philosophical Thoughts, which was concerned with the question of the relationship between nature and religion. For this work he was imprisoned for 3 months in 1749.
In Sceptics Walk (1747) and Letters on the Blind (1749) Diderot slowly turned from theism to atheism.
He sold his library to Empress Catherine of Russia who paid him an annual salary as its librarian.
Diderot died of emphysema on July 30, 1784. 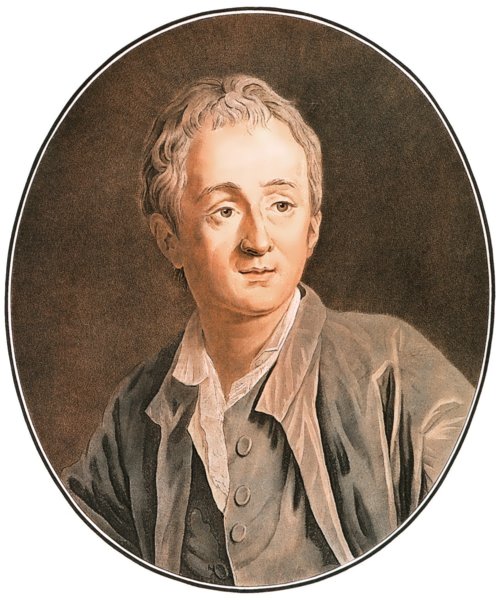 “I am writing to you that I love you … I want to write it… Hope to see you holding me, and I continue to talk to you, not even knowing if I leave the letters! Wherever you don’t find them, read: I love you.”
So Diderot wrote to his beloved Sophie Volan. But they were never destined to be reunited. They met when Diderot was forty-four years old and Sophie was forty. It was 1757.
He had a wife and a daughter. She was a lonely woman who never knew family happiness and motherhood. Mademoiselle Sophie needed only his letters, full of revelations, thoughts, and feelings. He talked about everything: about new books and well-known people, the customs and traditions of the people, the state and politics, life and love.
More than five hundred letters tell about beautiful novel between two lovers. Their novel lasted for thirty years.
French writer, educator, thinker, founder of the Encyclopédie, a member of the Berlin, Stockholm, St. Petersburg Academy of Sciences Denis Diderot was born October 5, 1713. His father tried to give his son a good education: the boy went to college, where he studied languages, history, literature, mathematics. At the age of fifteen Diderot left home and went to Paris to continue his studies. There he first became interested in philosophy, which became his main passion and profession for life. The hard work, the ongoing search led the young Diderot to fame. He was interested not only in science. Women occupied his mind and heart. And soon, in November 1743, at the age of thirty, Diderot married Anna, a girl from a simple and poor family. The wedding was held in secret, and a year later his wife gave birth to their daughter, who was named Angelica in honor of philosopher’s mother.
His life was full of love affairs. In general, they did not last more than a few months. However, relationship with Sophie, mademoiselle Volan, ended only with his death. 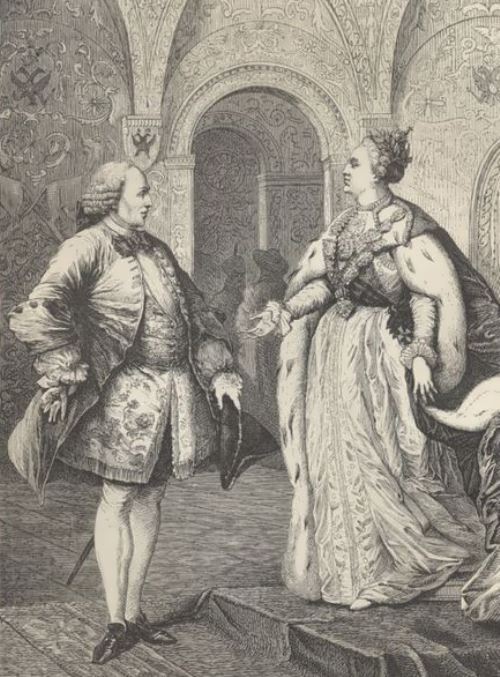 Sophie never married. The lovers saw each other very rare, but their feelings were strong. Both open and impulsive, but too precious, they could not hide their love, but did not dare to be together. Sophie’s mother was against relationship with a married man. She read all the letters that came from Diderot to her daughter, and then gave maliciously and publicly comments on the love letters. So Denis came up with the original style, which could be understood only by his beloved Sophie.
Dozens of great letters, which include long philosophical monologues and a lot of jokes and funny stories made the strict mother to love her daughter’s admirer.
The constancy of the feelings surprised the others. Time passed, and love raged stronger. Four years later Diderot wrote to Mademoiselle Voland: “Four years ago, you seemed beautiful to me. Now I find you more beautiful”. Years later, he would tell her: “Time dissipates illusion – every passion comes to the end. But the more I saw you, the more I loved you.” And even after nine years, he wrote: “I love you as a man can love only once, and except you, I will love no one.”
Diderot traveled to different countries but he continued to write tender letters. The trip to Russia in 1773 was his last long journey. After spending more than six months in Russia, Diderot returned to France. 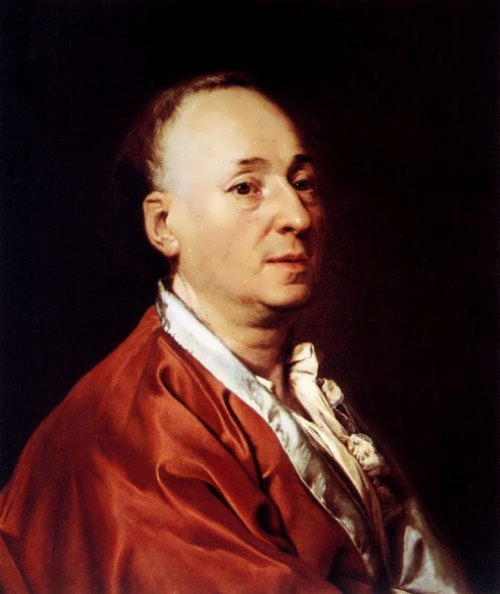 Within ten years he published almost nothing. And only his letters addressed to Sophie Volan, remained unchanged: full of thoughts, ideas and feelings.
“Oh, my friend! – Diderot wrote to his beloved in one of his letters. – In some moments it seems to me, if you suddenly appeared beside me, I would die of happiness.”
Their correspondence stopped in 1784. On July 31 Diderot died at the age of seventy-one. Sophie, a great love of the philosopher, his loyal and sincere friend, died five months before his death.
They say that the only portrait of Mademoiselle Volan was painted by an unknown artist at the request of Diderot on the reverse of the title page of his beloved little volume of Horace. But Catherine II bought his personal library in 1765, and this book, like many others, are now lost in the shelves.
Maybe someone will be able to find a small volume among the hundreds of old, dusty books and he’ll see the face of the woman, whom great genius devoted hundreds of letters. 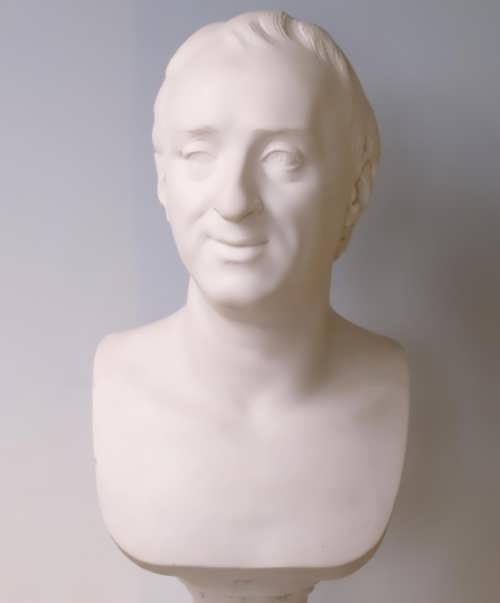 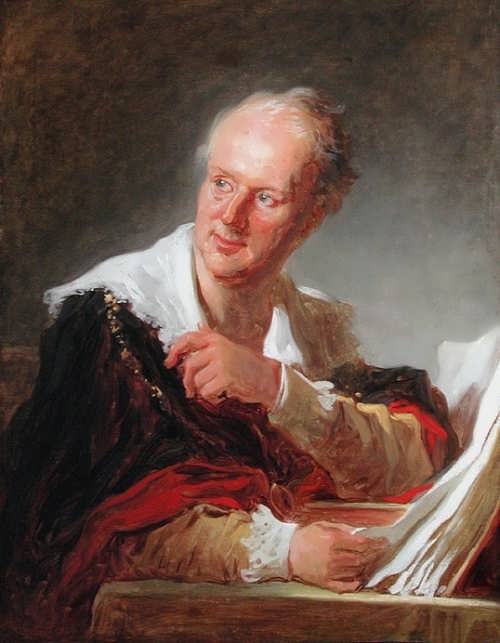 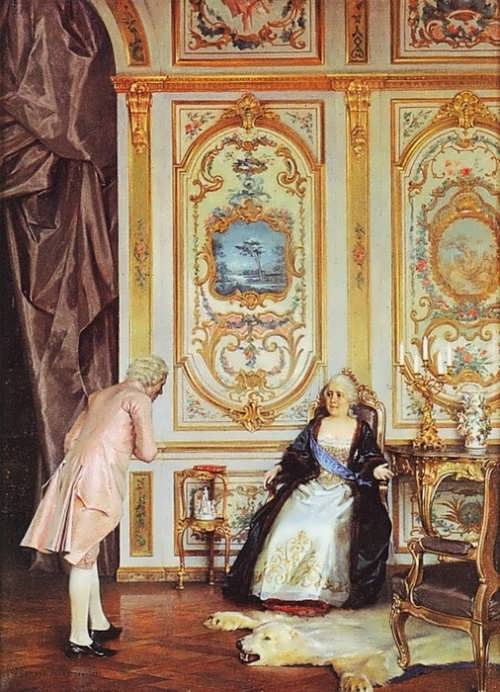 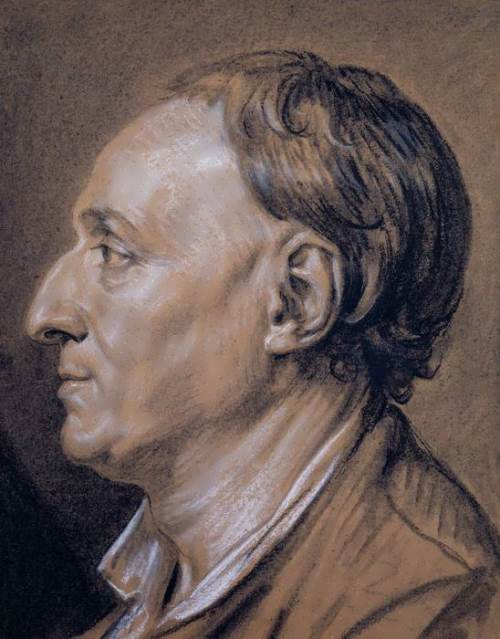 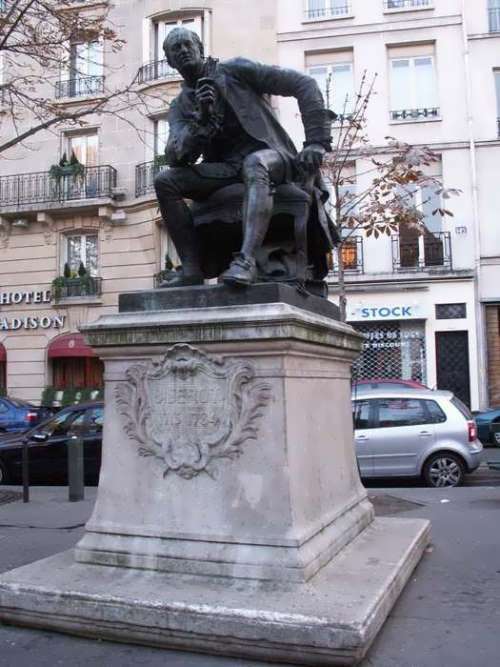 Monument to Diderot in Paris 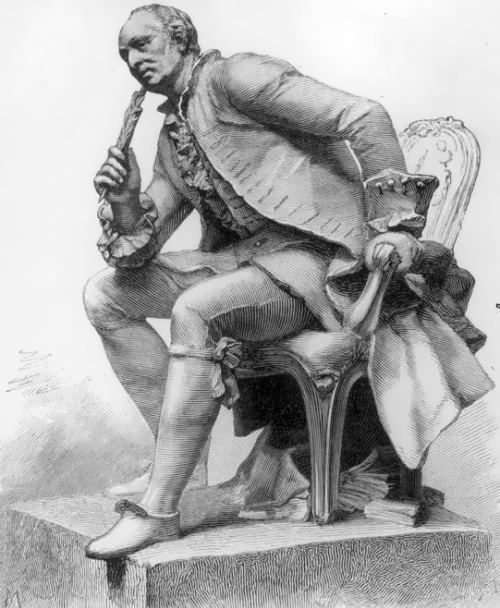