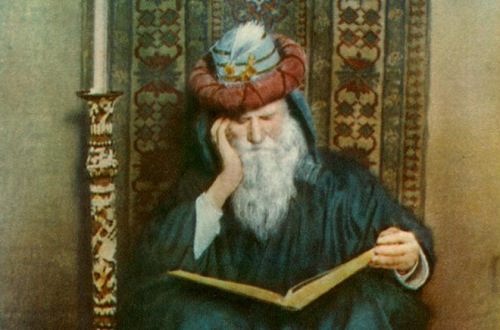 Omar Khayyam was a Persian astronomer, mathematician, and poet.
Omar Khayyam was born in May 1048 in Nishapur, Persia (present-day Iran). His name means “tent maker”, the likely profession of his father. During his lifetime he was known as a mathematician and astronomer. He also studied philosophy.
As a young man he worked in Samarkand under the patronage of the Seljuk ruler, Malik Shah, during which time he wrote the Treatise on Demonstration of Problems of Algebra. In the commentary he is concerned with the foundations of geometry. Khayyam also wrote a commentary on the Principles of Euclid, in which he developed the theory of relations and proportions and the doctrine of parallel. And there Khayyam expressed a number of interesting thoughts that influenced the further development of mathematics.

He also worked to reform the calendar. Omar and his two collaborators made a set of astronomical tables entitled Al-zij al-Malikshahi.
After the death of Malik Shah and a change in political fortunes, Omar Khayyam moved to Merv (in present-day Turkmenistan).
He traveled to Mecca and Baghdad, other centers for scientific thought. Omar spent much of his life teaching philosophy and mathematics, and legends ascribe to him some proficiency in medicine. 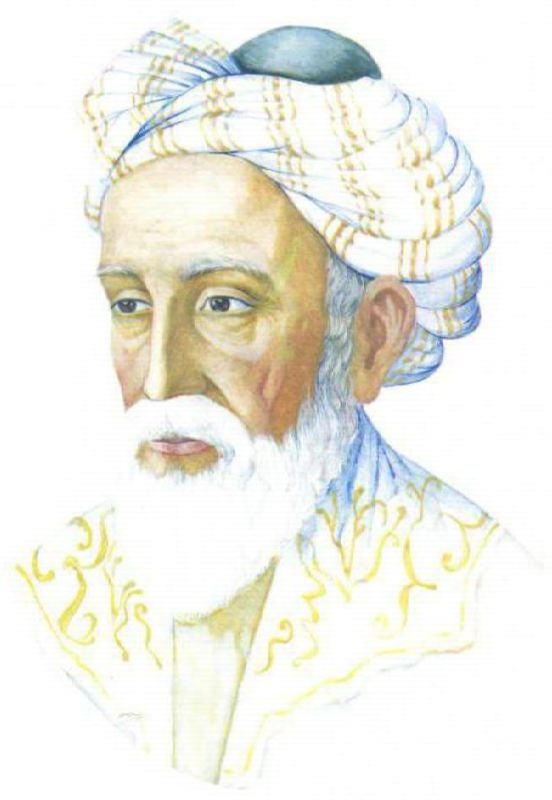 Omar Khayyam died in 1131 in Nishapur.
Khayyam’s poems are written in Farsi, from which the current Persian and Tajik developed. Now they are translated into many European languages.
In the west Omar Khayyam’s Rubaiyat, a series of almost 600 rhymed four-line quatrains, was popularized by Edward Fitzgerald’s 1859 translation. Fitzgerald considerably distorted the original to make it conform to Victorian romanticism. The poem takes an open view to sensuality, wine, women, and song. His liberal views were attacked by more puritanical Muslims.
Although the lifetime portraits of Omar Khayyam did not survive and his appearance is unknown, monuments to the poet were installed in many Persian-speaking countries and also in Dushanbe, Ashgabat, Bucharest. In 1935 the Azerbaijani writer Huseyn Javid wrote the play Khayyam dedicated to Omar Khayyam. 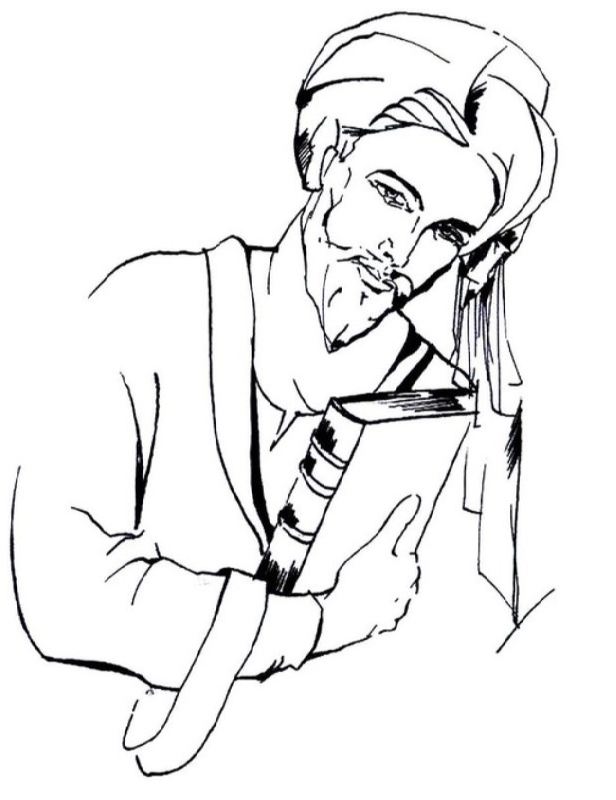 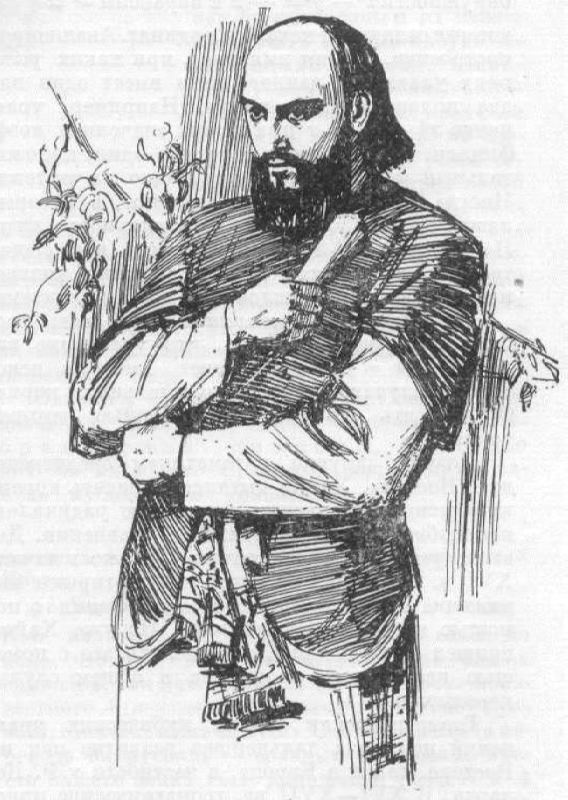 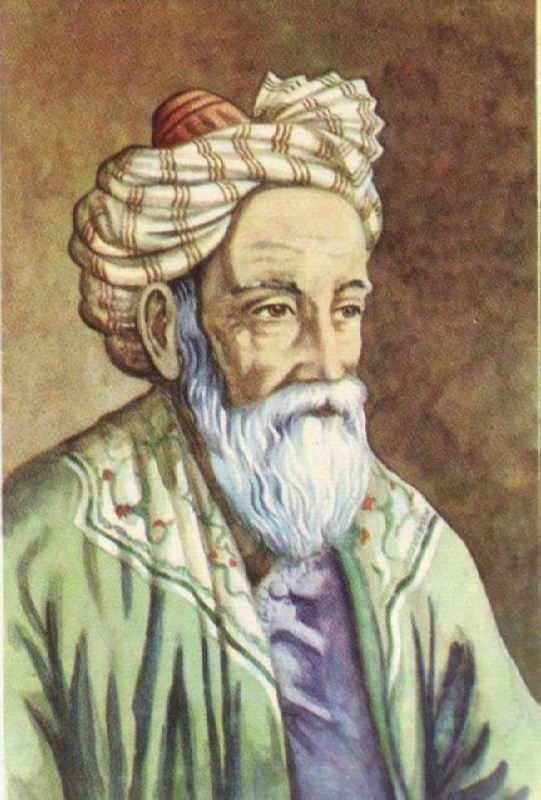 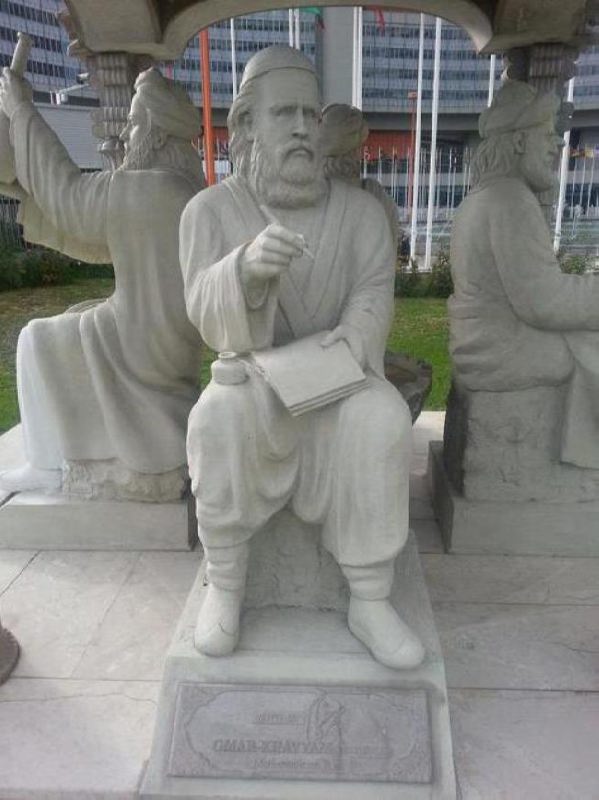 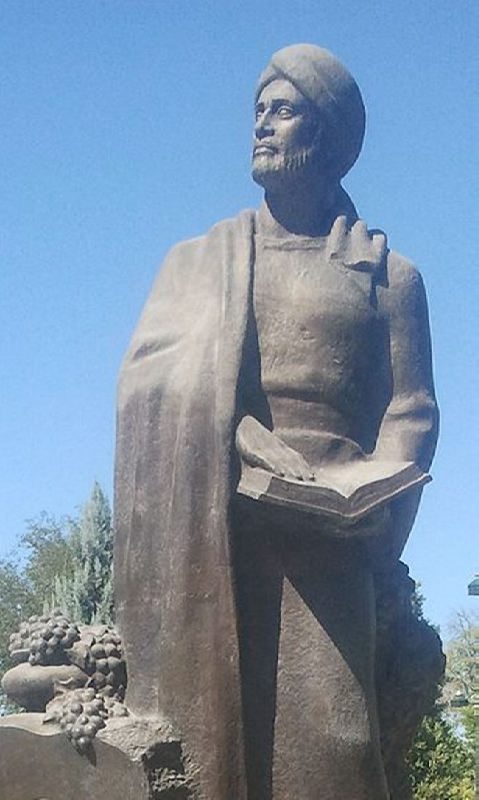 Monument to Omar Khayyam in Turkmenistan 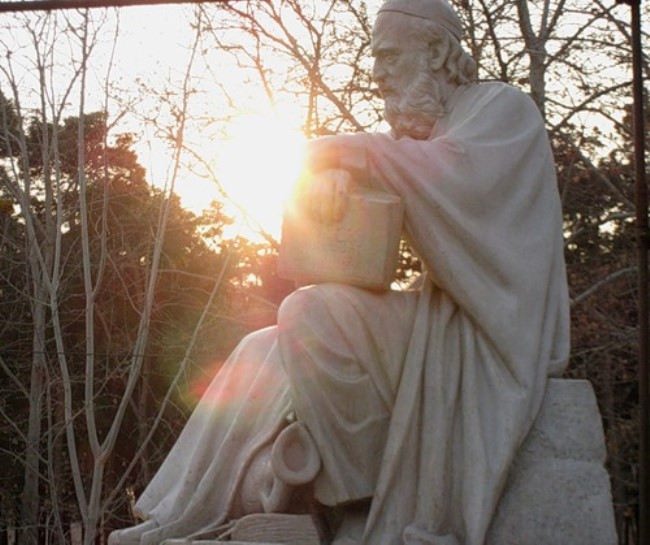 Monument to Omar Khayyam in Tehran 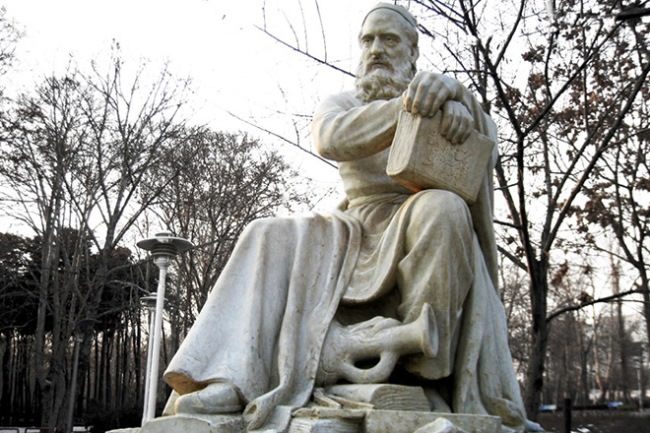 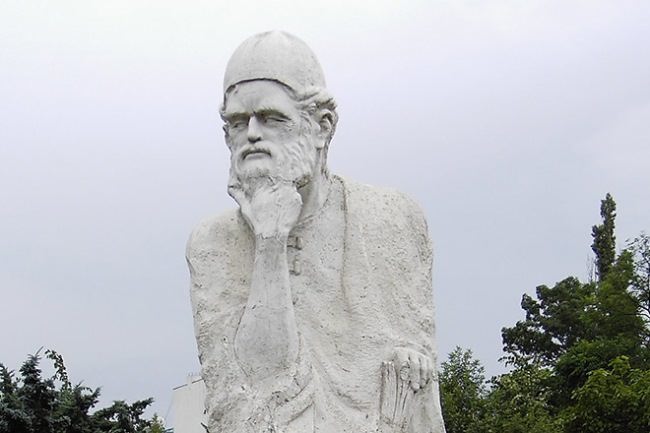 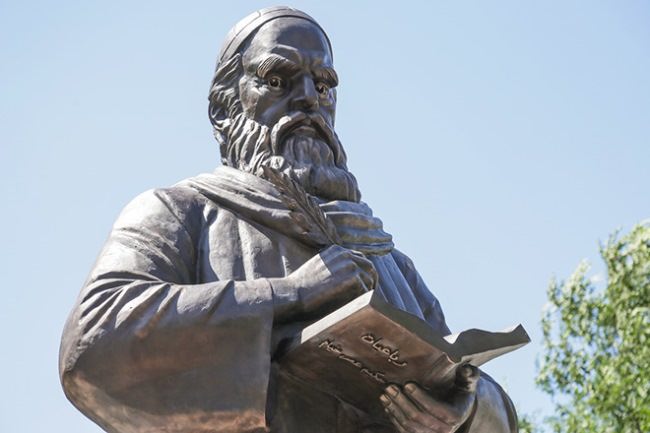 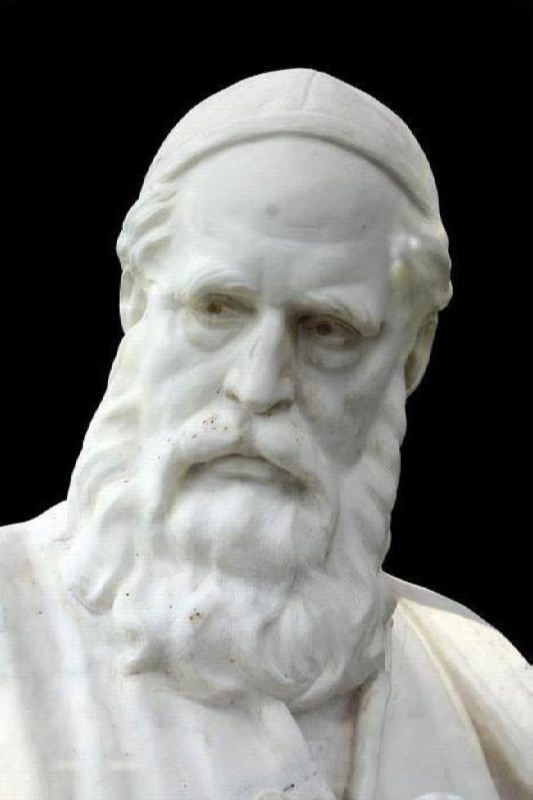 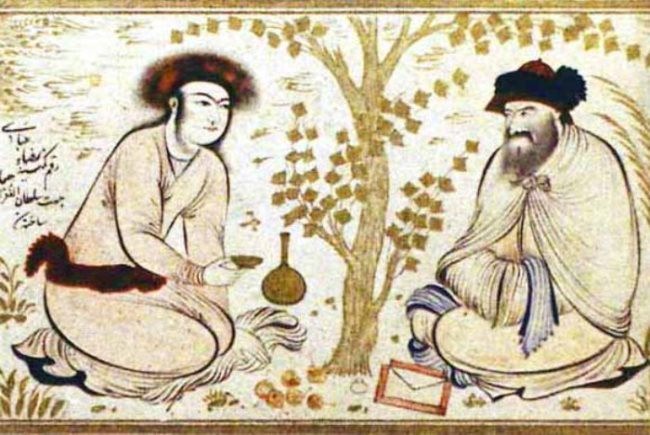 Persian miniature of the XVII century 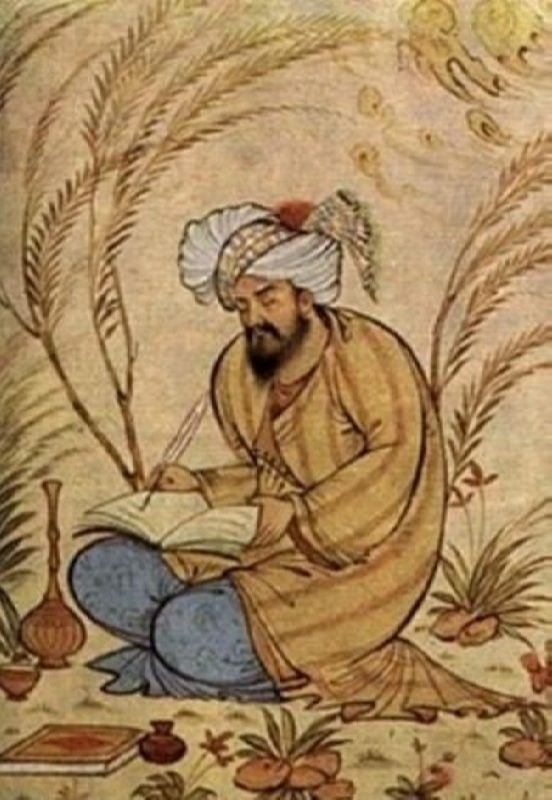 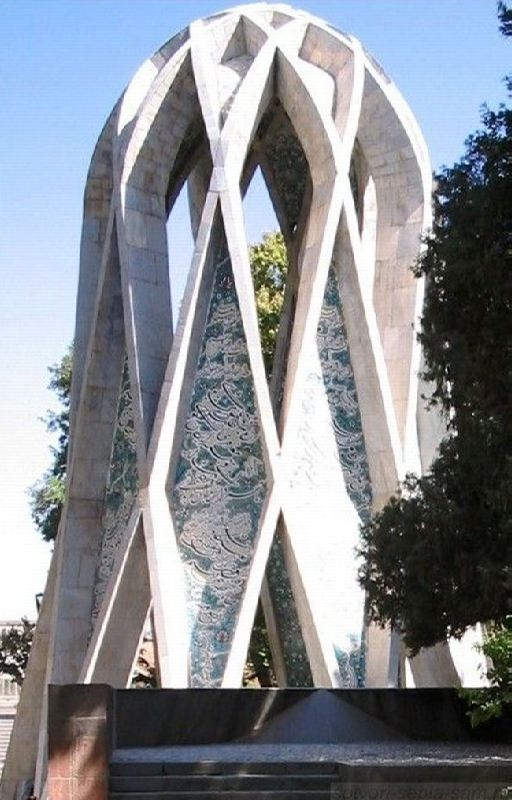 Monument on the grave of Omar Khayyam