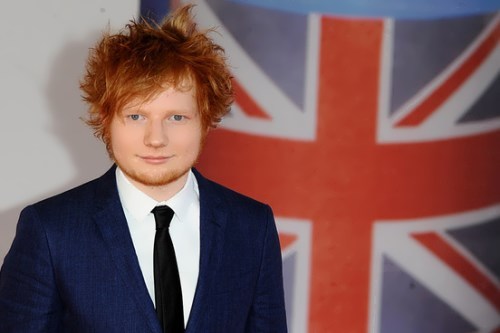 Ed Sheeran is a British singer-songwriter, musician and actor.
Edward Christopher Sheeran was born on February 17, 1991 in Hebden Bridge, Yorkshire. He spent his childhood in Framlingham, the County of Suffolk. At the age of 16 he dropped out of school, and the next year he moved to London to build a career as a musician. At an early age he learned to play guitar and began writing songs while studying at Thomas Mills High School. In 2005, he made his first recording, released a mini-album The Orange Room. Sheeran released two more mini-albums: Ed Sheeran (2006) and Want Some? (2007).
In 2009, Sheeran played 312 concerts. In the same year he released a mini-album You Need E’s and soon went on tour with Just Jack.
In early 2011, Sheeran released independent mini-album No. 5 Collaborations Project, which attracted the attention of Elton John and Jamie Foxx.

After signing a contract with Asylum Records, his debut album + (pronounced plus), was released on September 9, 2011 and was certified platinum six times in the United Kingdom. The album included the single The A Team, which earned him his first commercial success in June 2011, as well as the Ivor Novello Award for best music and lyrics.
In 2012, Sheeran won Brit Awards for Best British Artist and British Breakthrough. In the same year he became popular abroad. Taylor Swift invited him to sing in her fourth studio album Red. 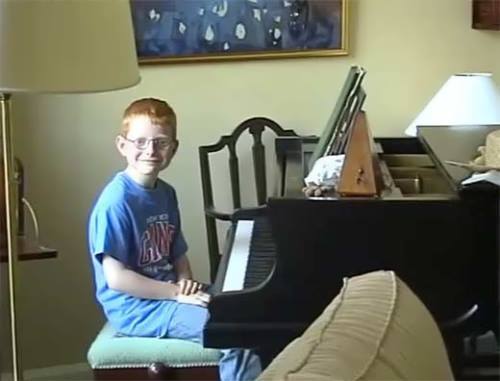 Ed Sheeran in his childhood

In 2012, Sheeran performed on stage with Nick Mason (Pink Floyd) and Mike Rutherford (Genesis, Mike & the Mechanics) at the close ceremony of XXX Summer Olympic Games in London.
Sheeran was a co-author of the song Little Things, released in 2012 by British boy band One Direction. At the end of 2012 he went to international tour with Michael Rosenberg (Passenger).
At 2013 Grammy Award ceremony he performed the song The A Team together with Elton John. Most of the winter 2013 he spent in Swift concert tour The Red Tour across North America. Later, in 2013, he gave three concerts in New York’s Madison Square Garden as the main artist. All tickets for the show were sold out instantly.
His second studio album, x (read as multiply) was released on June 23, 2014. He took first place in the charts of Great Britain and the United States.
On July 2, 2014 Ed announced the release of his autobiography book Ed Sheeran: A Visual Journey, which was created in collaboration with artist Philippe Bout.
In 2015, the x received the Brit Award in the category Album of the Year, and also won Ivor Novello Award. 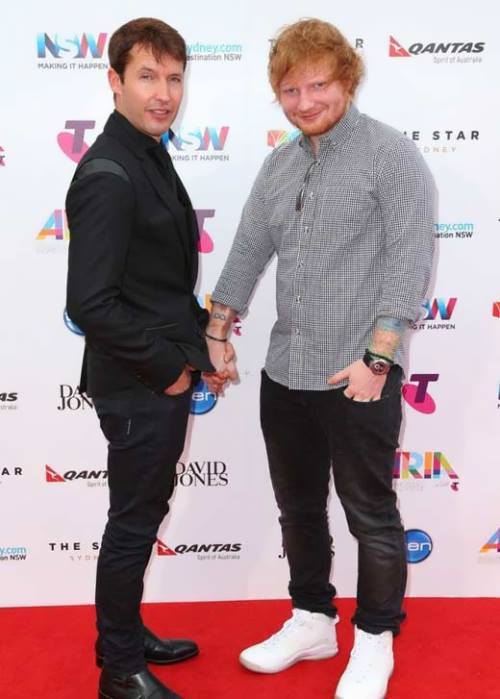 His single Thinking Out Loud earned him two Grammy awards in 2016 – Song of the Year and Best Solo Pop Performance.
In July 2015 Sheeran gave three sold-out concerts at Wembley Stadium in London.
In 2015, the singer announced his intention to take a break in his musical career and devote himself to philanthropy.
In January 2015, he starred in the popular British TV season Top Gear.
In February 2016 he won a Grammy award – Thinking Out Loud became The Song of the Year.

Personal life
While still at school, Ed dated his classmate for 4 years. However, they broke up when he devoted himself to music.
There were rumors that he was in a relationship with famous singer Taylor Swift, immediately after her breaking up with Harry Styles. Ed and Taylor have joint compositions. But Ed said that they were just friends and partners. 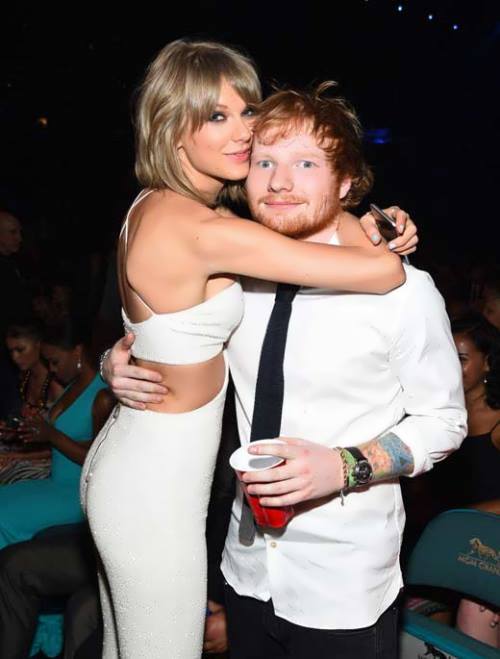 In 2014 Sheeran had a relationship with Athina Andrelos. According to the singer, it was Athina who inspired him to write Thinking Out Loud, which later earned him a Grammy Award. In the spring of 2015, Ed announced that he parted with Athina. 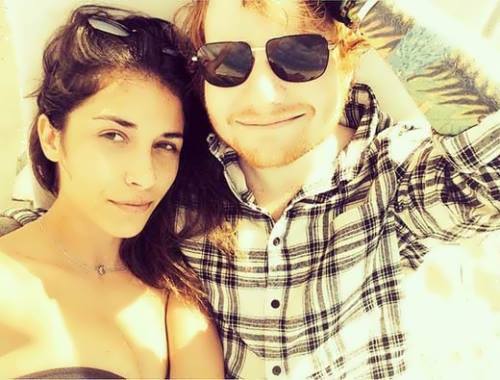 In November 2015 it was announced that Sheeran had engaged with another British musician – James Blunt. However it was an outrageous joke. 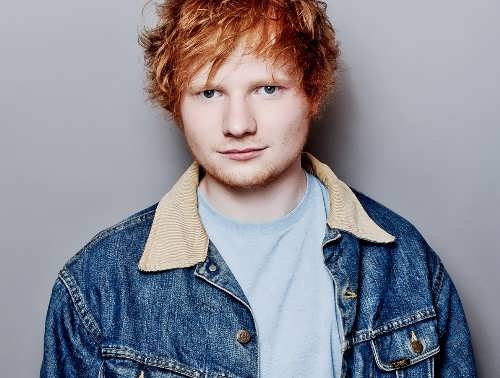 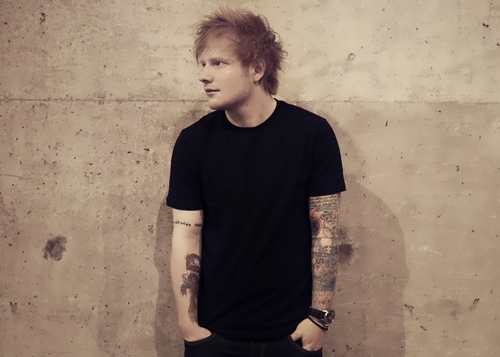 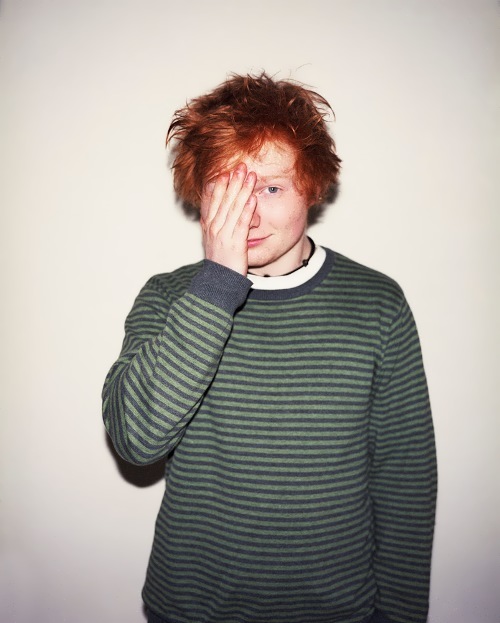 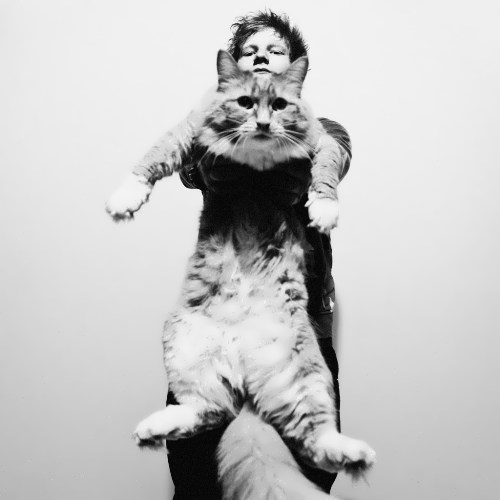 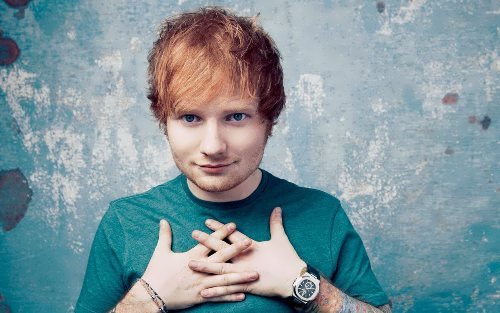 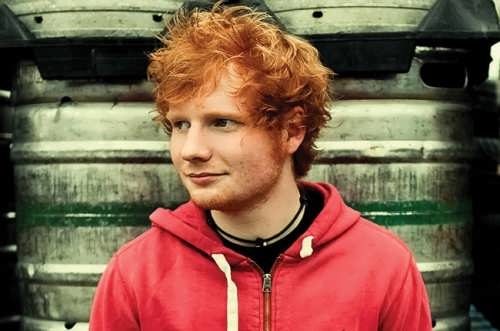 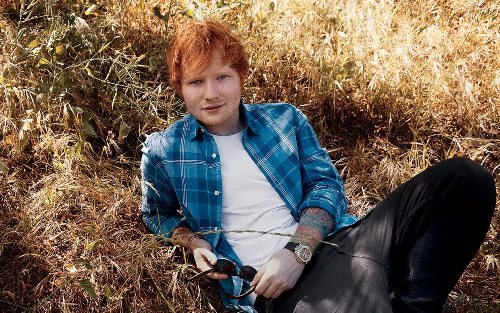 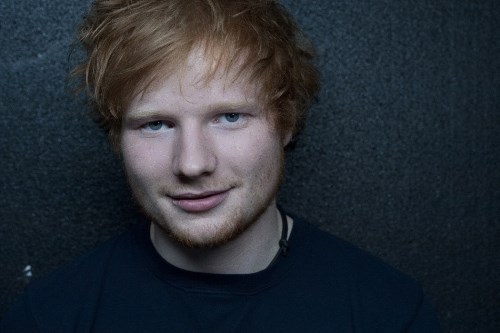 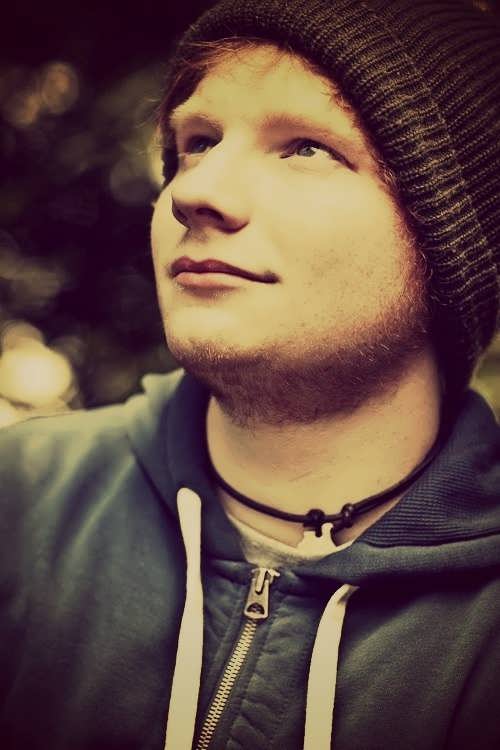 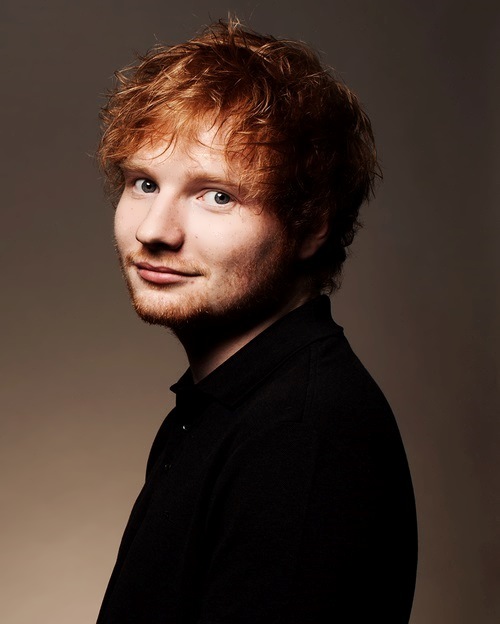 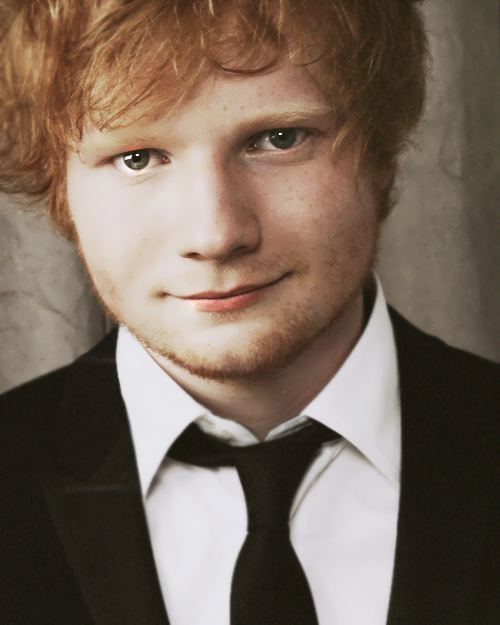 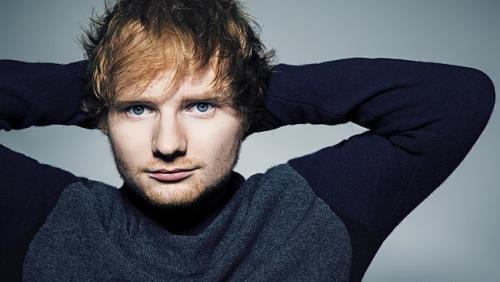 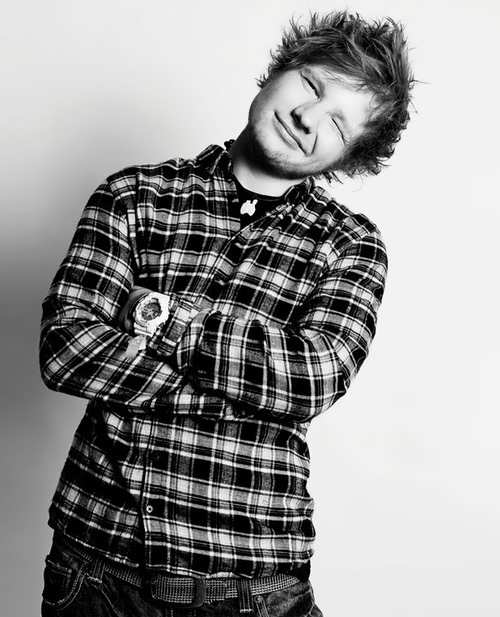 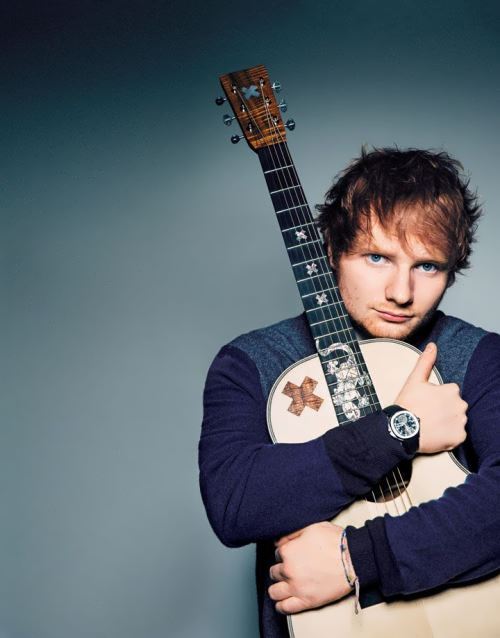 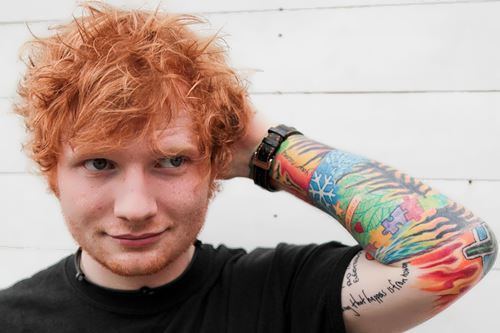 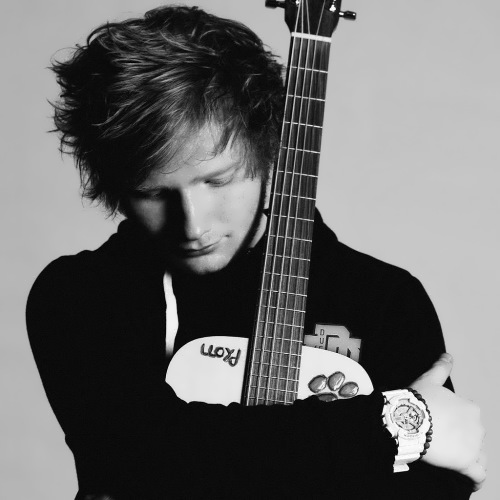 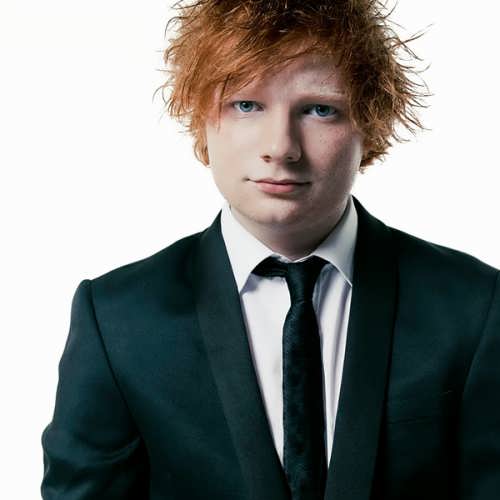 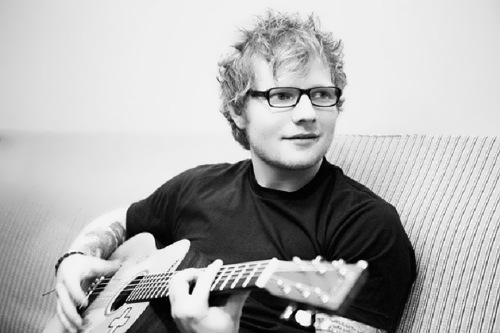 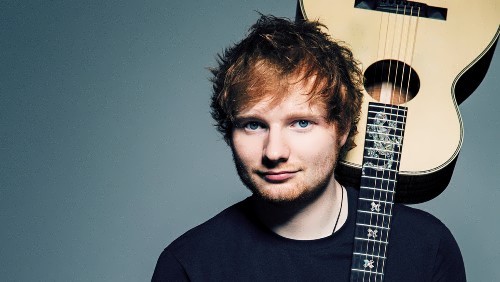 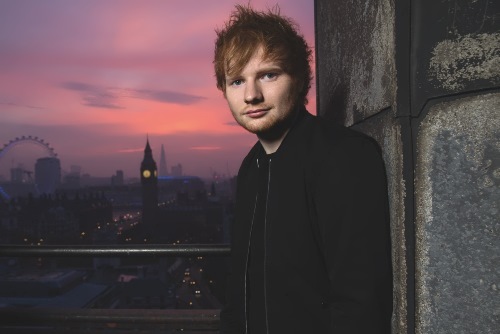 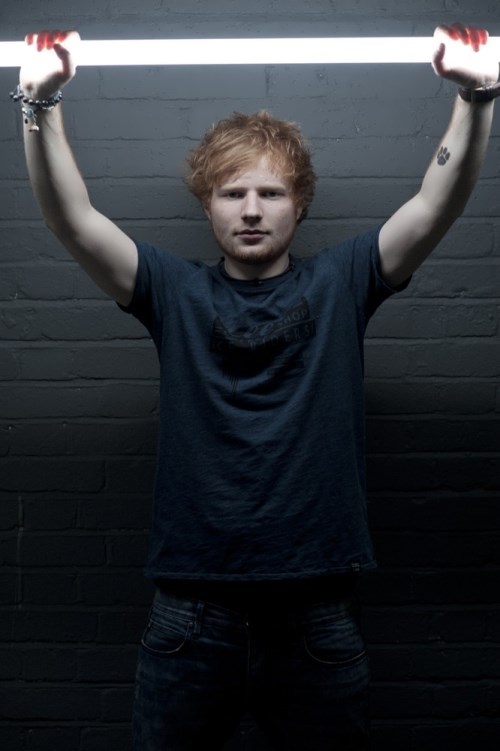 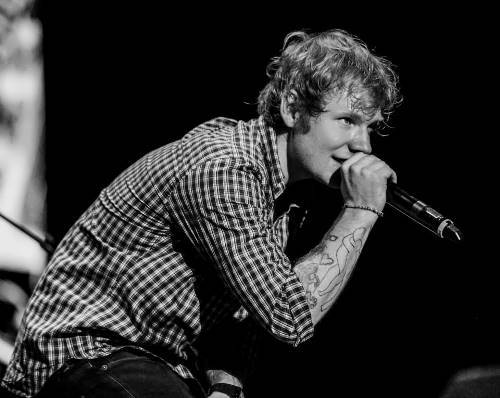 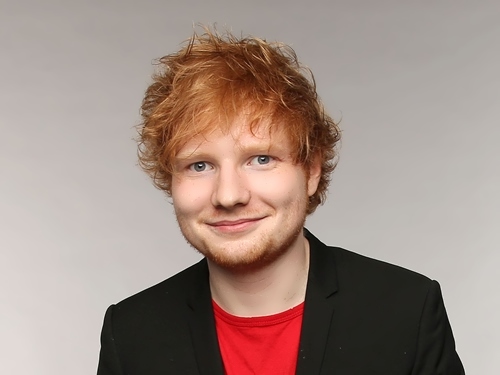