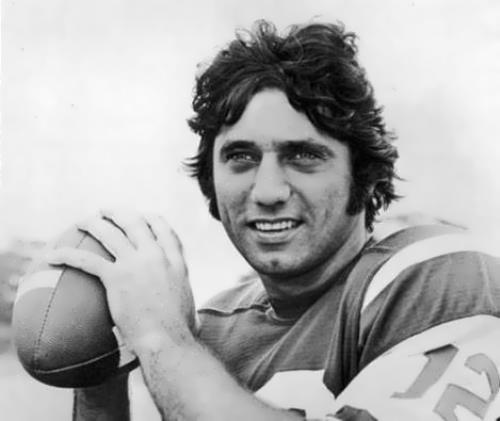 Joe Namath is a former American football quarterback and actor. His bold guarantee before Super Bowl III made him an instant legend in the world of professional football. He became a celebrity and an icon to the rest of the world.
He was nicknamed Broadway Joe.
Joseph William Namath was born on May 31, 1943, in Beaver Falls, Pennsylvania. He was the youngest of five children. His parents divorced when he was in the sixth grade. Joseph played high school basketball and was offered a professional baseball contract upon graduation. He decided to play football instead and applied to Penn State.
In 1960 Joe led high school team to undefeated season and two years later he won Orange Bowl with Alabama.

In 1965 Joe made his professional debut and was named AFL Rookie of the Year and Most Valuable Player at AFL All-star Game.
In 1967 Namath broke single season passing record with 4,007 yards.
In 1968, Joe Namath and his New York Jets won the American Football League title and earned the right to play in the third Super Bowl. In the same year he became Super Bowl III Most Valuable Player. 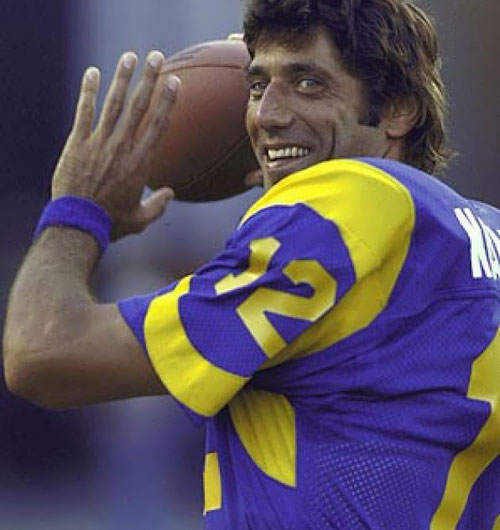 In 1969 he won George Halas most courageous pro player award.
In 1977 he signed as a free agent with the Los Angeles Rams and in the same year he retired from professional football. He retired after playing 143 games over 13 years in the AFL and NFL, including playoffs. With his celebrity status intact and his continuing success as a corporate pitchman, Namath concentrated on a career as an actor in the late seventies.
He starred in several movies, including C.C. and Company with Ann-Margret and William Smith in 1970, and in a brief 1978 television series, The Waverly Wonders. Namath also appeared as himself in the 2013 sports film Underdogs and the 2015 comedy film The Wedding Ringer.
In 1984 Namath married Deborah Lynn Mays. After having two daughters, Jessica in 1986 and Olivia in 1991, Namath moved to Florida. However, in 1999 his wife filed for divorce.
In 1985 Namath was inducted into Pro Football Hall of Fame.
In 1999, he was 96th on The Sporting News’ list of the 100 Greatest Football Players. 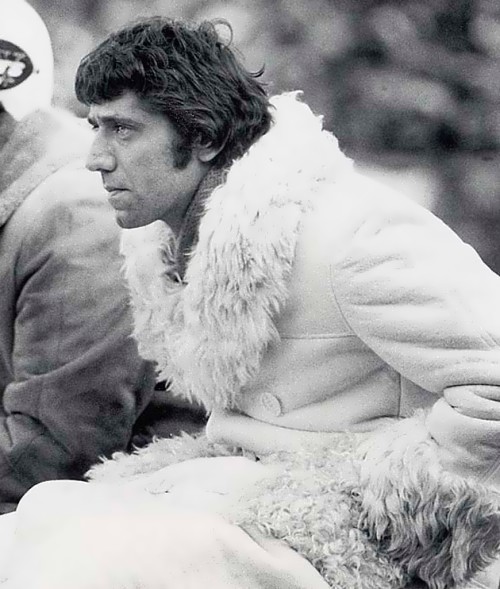 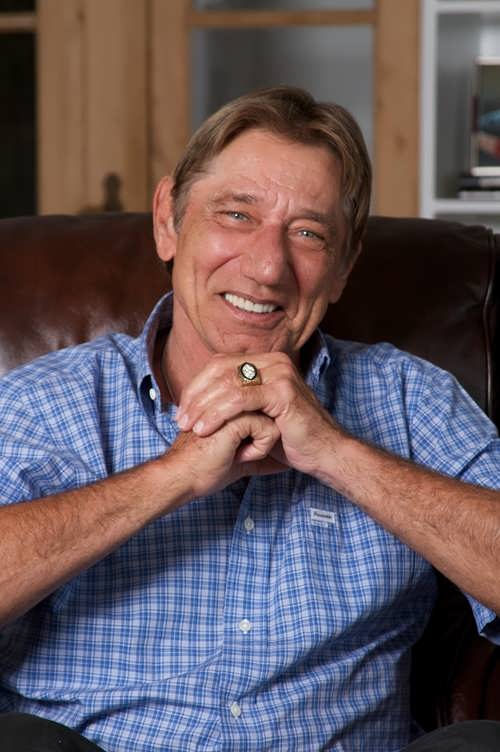 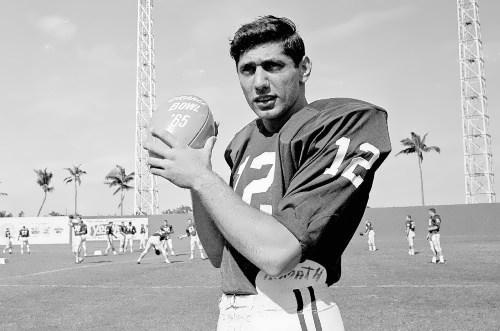 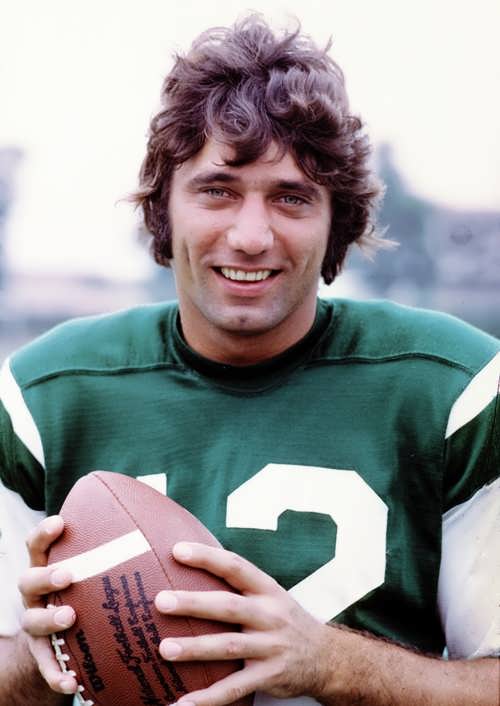 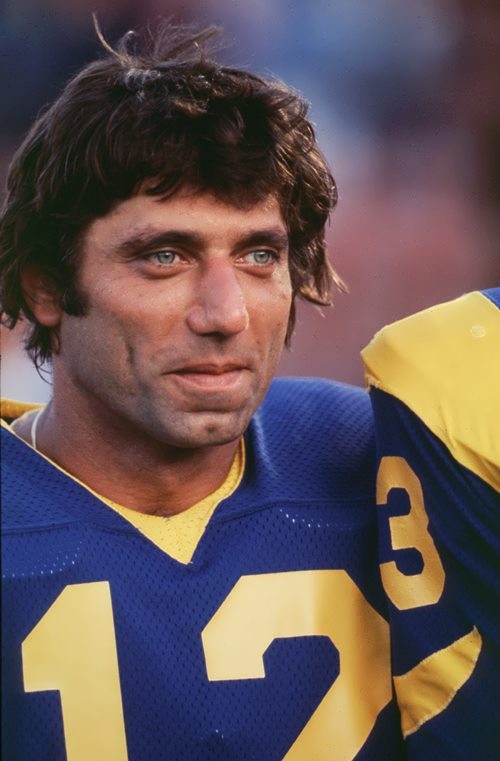 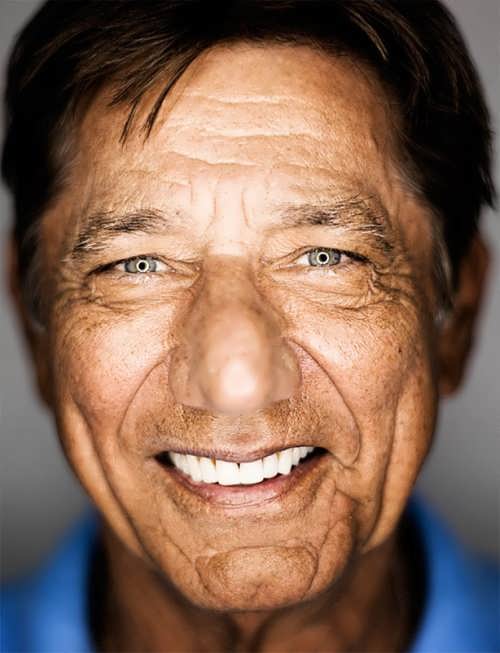 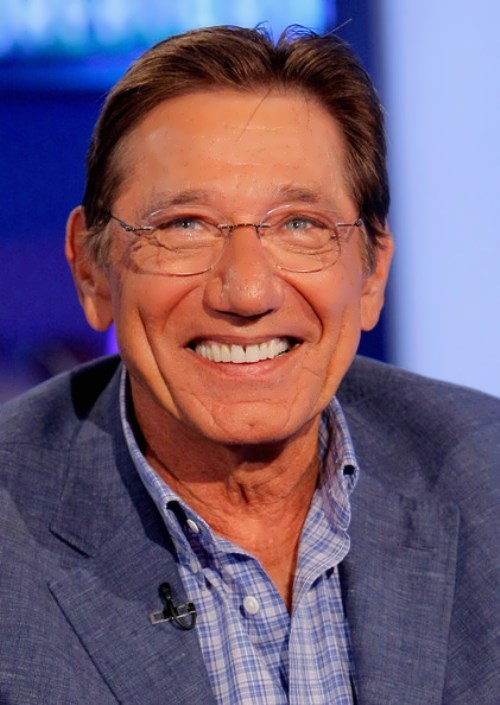 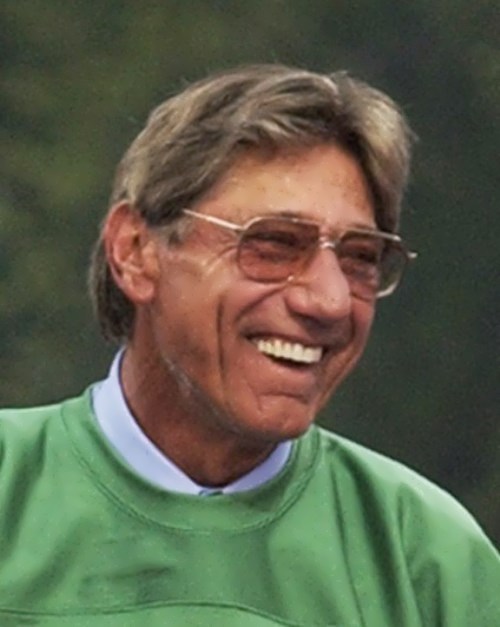