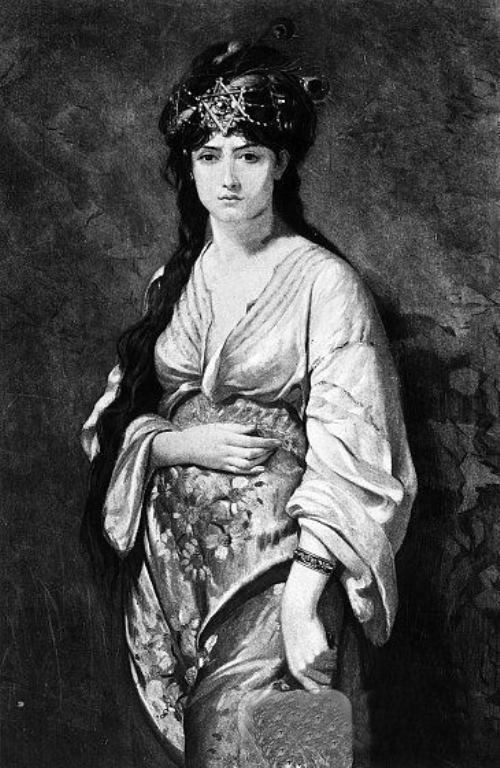 The very existence of the mysterious queen of Arabia remains to this day one of the fascinating mysteries of world.
There are many legends about the ancient Kingdom of Saba in southwestern Arabia. Herodotus, the father of history, described this country and claimed that it was inhabited by “winged snakes.” In the Quran, Sabeans are mentioned as sun worshipers. The Bible describes Arabia as a very rich country. The Gospel of Matthew reports on the Magi from the East, who came to worship the baby Christ and brought him their gifts – gold and incense. And by the way, it was Ancient Arabia that was famous for its gold, spices and incense.
The Egyptians were the first who attempted to enter the Sabaean possessions. In 1470 BC the Queen of Egypt Hatshepsut sent her warriors there, but they could not reach the goal.
The Bible tells how the Queen of Sheba with a large retinue, camels loaded with gold and precious stones, visited Israel. She heard rumors about the wisdom of the head of the kingdom of Judah, and she decided to find out how wise Solomon was. The king passed the test – he solved all the puzzles and she put gold gifts at his feet.

Solomon could not remain indifferent to the Arabian enchantress, and, according to legend, they spent a fabulous night full of mutual recognition. At that the historical meeting, which dates back to about 950 BC, ended. But it found endless continuation in world literature and art, painting, theater and cinema.
So who are you, Queen of Sheba, myth or reality?
Archaeologists, researchers of ancient cultures, joined the evidence of the Bible and the Koran. For several years, a German archaeological expedition had been working in Yemen – on the land of the legendary queen. Its goal was to look into the past to answer the question – did this amazing woman really exist.
In the period from the X century BC and until the II century AD in the south-west of Arabia there really was a state that, by the 7th century BC reached a very high level of development. There was writing, as well as the monetary system. Sabeans knew how to erect multi-story buildings. There is reason to believe that matriarchy existed in the country – ancient documents contain references to “Arab queens”. 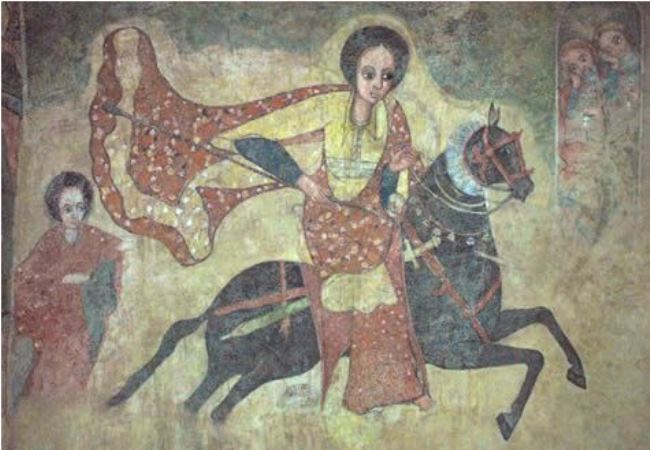 The Queen of Sheba rides to Jerusalem. Ethiopian fresco

The beautiful woman who reigned in Arabia is in the folk tales of Yemen. The Sabean kingdom once located on its territory. In legends, she is referred to as Bilqis, the daughter of a genie with magical powers.
The attention of modern researchers is attracted to the oasis of Marib in Yemen. The acropolis and the ruins of residential buildings have been preserved here. A 22-meter-high hill located in the center of the oasis was particularly interesting to scientists. During excavations, various objects of material culture were discovered here, including many shards of Sabean ceramics. The oasis area was surrounded by a wall 4.2 kilometers long. A network of narrow streets covered a space of ten hectares. Up to 50 thousand people lived in the capital of ancient Saba.
The sands of the Arabian desert that surrounded Marib for centuries protected the Sabean kingdom from the rest of the world. Even mighty Rome was powerless to subordinate Saba to its power.
The Sabeans themselves were more successful conquerors. Scientists were able to decipher the inscriptions on the stone massifs, telling about the campaigns of King of Saba to neighboring countries in the 7th century BC. His troops, armed with pikes, arrows and short swords, captured neighboring cities and reached the coast of the Arabian Sea near present Aden. 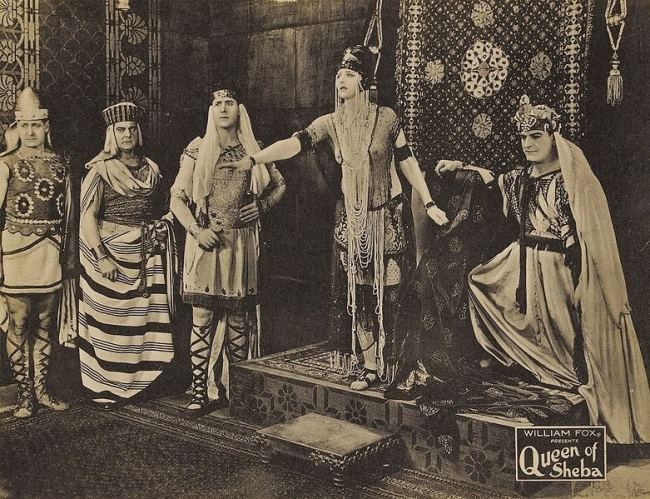 Betty Blythe. The Queen of Sheba

The ancient Greek geographer and historian Strabo in his Historical Notes tells that the rulers of Saba were so rich that they ate and drank from golden utensils.
A unique water supply system was created in the desert Sabean kingdom, which is rightly called the technical miracle of the ancient world. It rains only a few days twice a year – in March and July. Huge water flows from the mountains fill the bed of dried rivers at this time. The Sabeans learned to block these streams with dams and created reservoirs. Through a system of small canals, water flowed into the oasis throughout the year and was used for irrigation. The flow of water to the fields was regulated by priests. Perhaps, in ancient Yemen the gardens of Eden flourished.
Saba really was a blooming land. Millet, licorice, wheat were harvested in the fields, date palms gave a rich harvest. Ibn Rustah, a Persian scholar, named 70 grape varieties grown by Sabaeans. In southern Arabia, various types of tropical trees grew, from the resin of which incense and myrrh were extracted. Their production and sale was a source of pride for Saba residents and a source of great income. Arabian incense and myrrh were highly valued in Iran and Syria, Egypt and India. The Queen of Sheba presented them to Solomon.
History has preserved the legend of this beautiful and wise woman for centuries. Scientists from the German Archaeological Institute, working in Yemen, do not lose hope of finding new evidence about the life and work of the Queen. 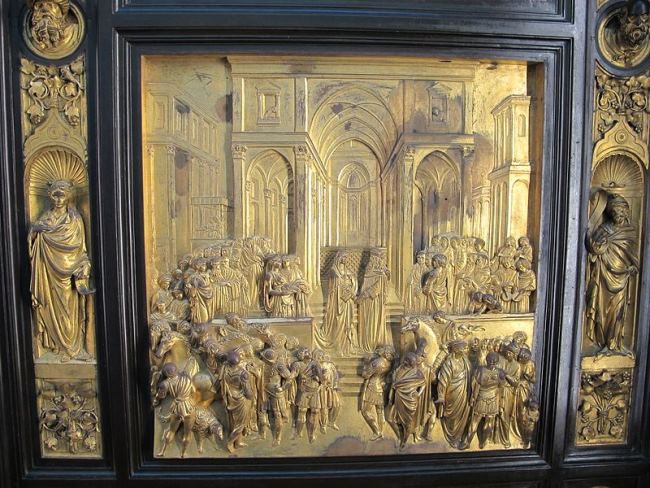 Solomon and the Queen of Sheba, Portico. The Gates of Paradise 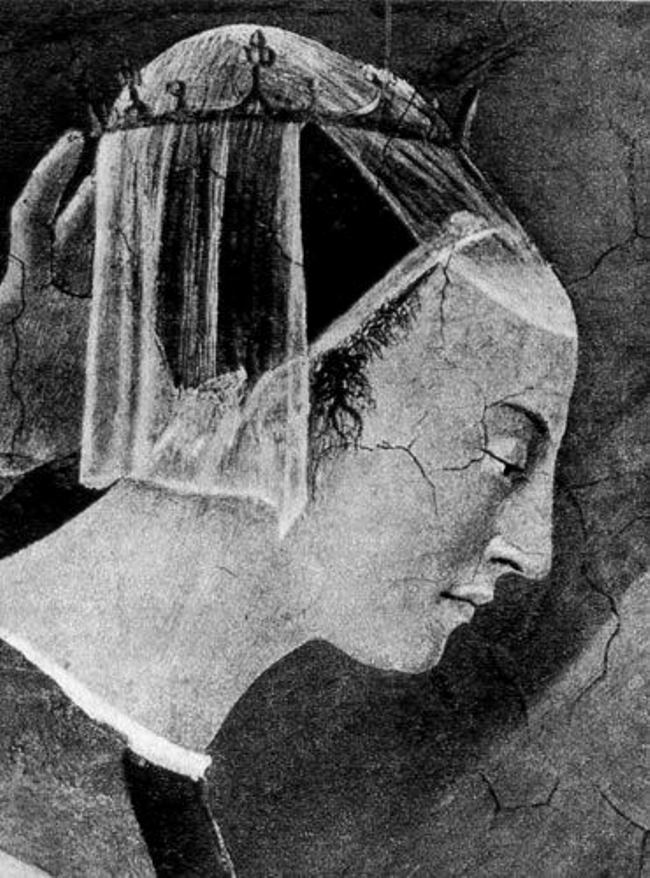 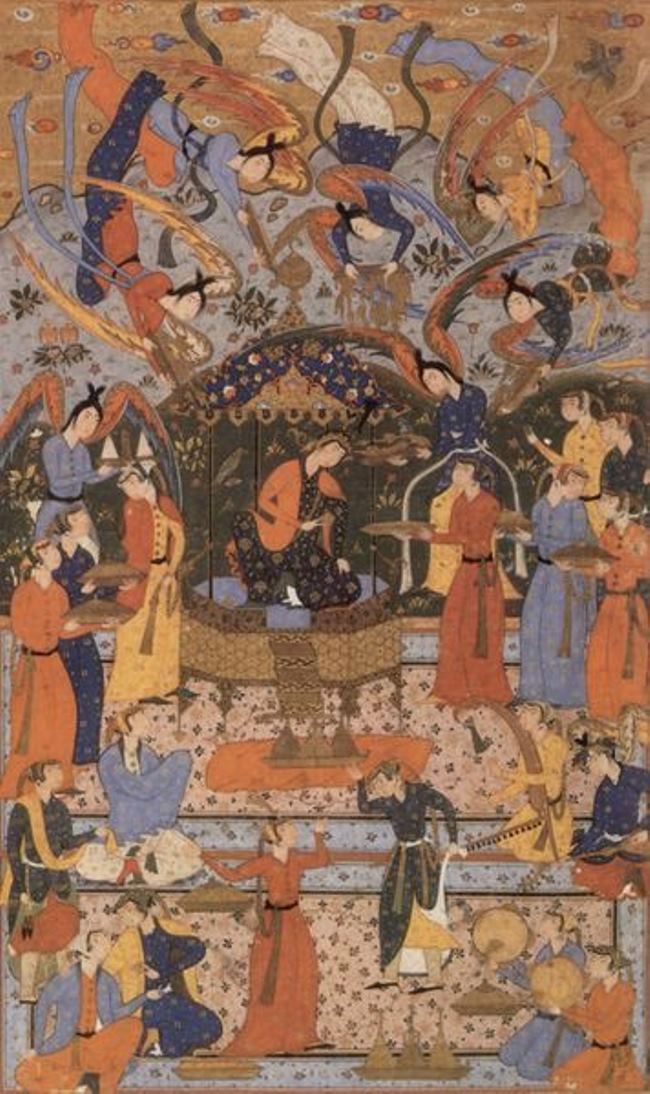 Queen on the Throne. Persian miniature of the 16th century 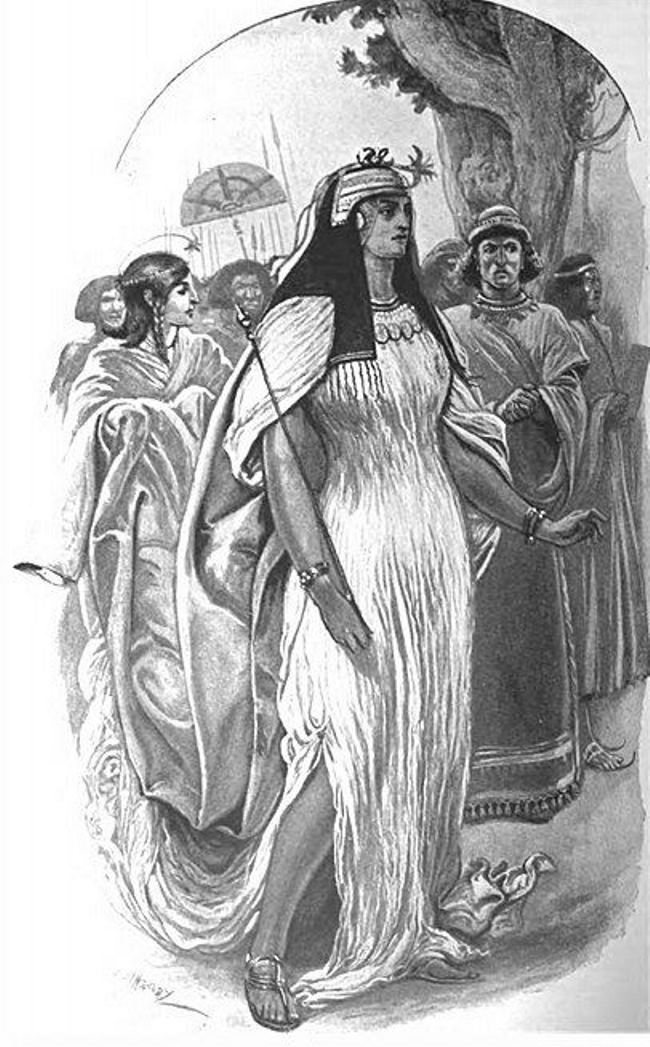 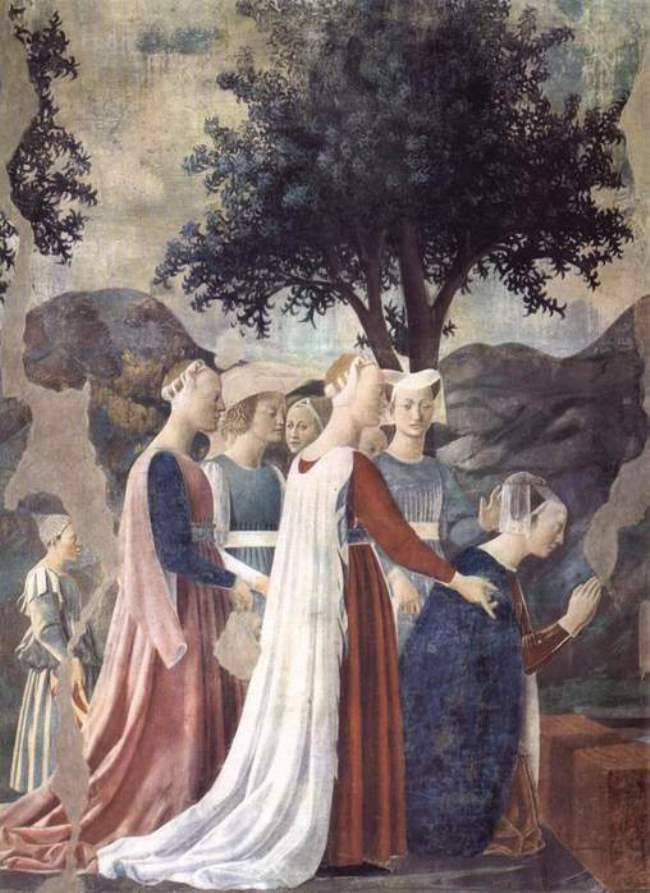 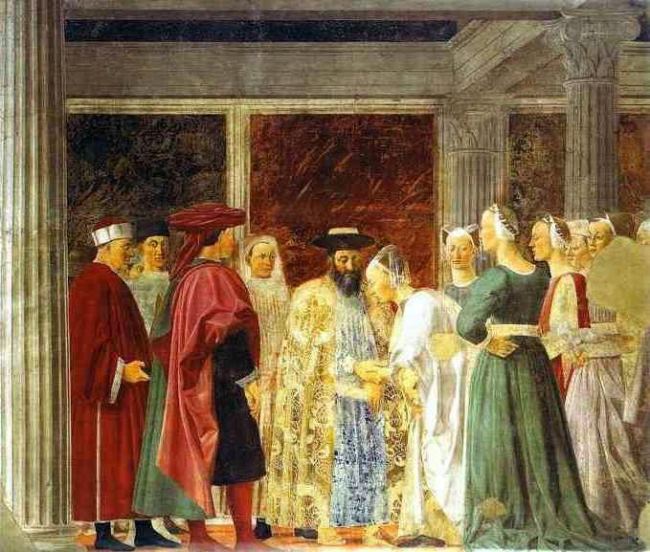 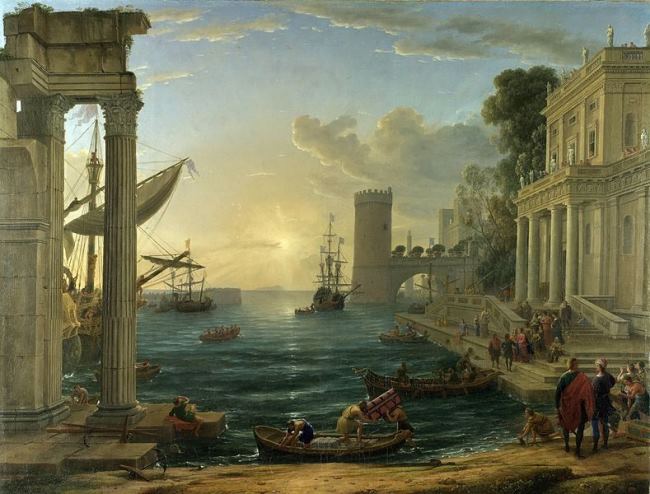 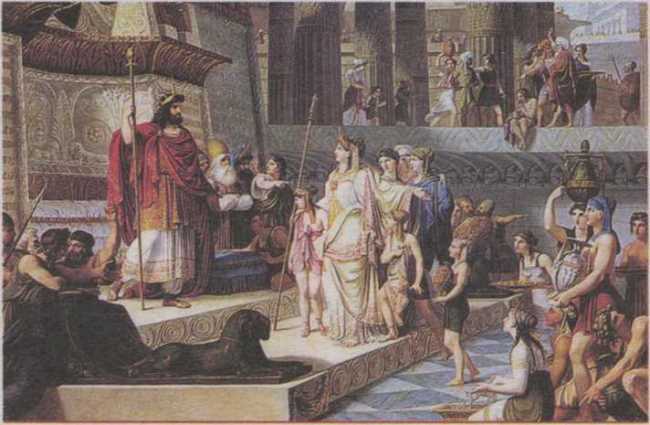