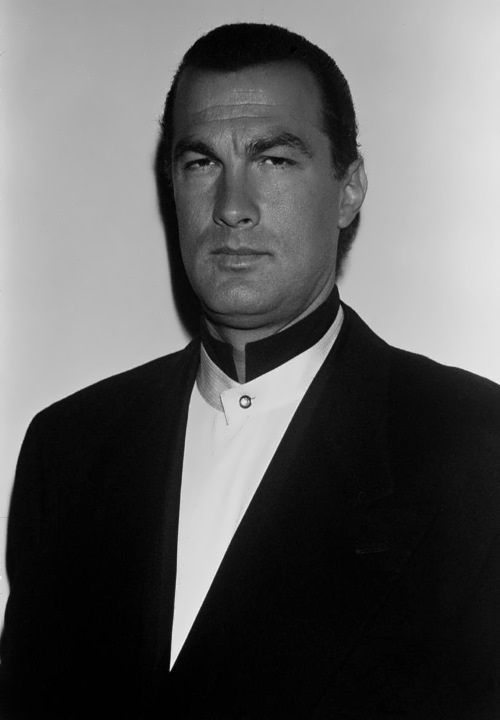 Steven Seagal is an American film actor, film producer, screenwriter, film director, musician (often lead guitarist), sheriff and martial arts master (7th Dan Aikido).
Steven Frederic Seagal was born on April 10, 1952 in Michigan. His father, Samuel Steven Seagal (1928-1991), was a math teacher, and his mother, Patricia Segal (nee Duffy, 1930-2003), worked at the hospital. His paternal grandparents Nathan Siegelman (August 3, 1893, Minsk – 1973) and Dora Goldstein (1894 – 1989) came to America from St. Petersburg and changed their surname Siegelman to Seagal. Stephen was the second child in the family. He has an elder and two younger sisters. In 1957 the family moved to Fullerton (California).
At the age of seven the boy was engaged in karate. 15-year-old Steven met Kyoshi Isisaki, the master of Aikido, and became his best student. At the age of 17 he decided to move to Japan. In the early 1970s, he met Japanese woman named Miyako Fujitani, who became the mother of his first two children: a son and a daughter. In 1975, Seagal became the first American to open a dojo in Japan.
END_OF_DOCUMENT_TOKEN_TO_BE_REPLACED 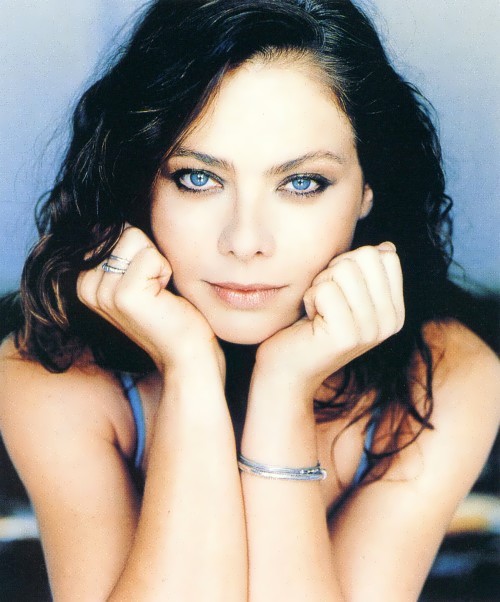 Ornella Muti is an Italian actress and singer.
Francesca Romana Rivelli (her real name) was born on March 9, 1955 in Rome, Italy. Her father was a reporter, and her mother worked as a sculptor. The girl has a twin sister named Claudia. Her grandparents were born in St. Petersburg (Russia) and then moved to Estonia. When Francesca was only ten years old, her father died and the mother was left alone with two daughters.
13-year-old girl worked as a model for the Italian magazine Fotoromanzi, she posed naked for erotic magazines.
At the age of 15 she began playing in movies. Young Francesca received her artistic pseudonym – Ornella Muti – from film director Damiano Damiani. She made her debut in his film The Most Beautiful Wife.
Notable success came to the actress in 1974, after her role in the comedy Come Home and Meet My Wife (Romanzo popolare).
END_OF_DOCUMENT_TOKEN_TO_BE_REPLACED

Naya Rivera is an American actress and singer, widely known for her role of cheerleader Santana Lopez in Fox musical comedy-drama series Glee.
Naya Marie Rivera-Dorsey was born on January 12, 1987 in Valencia, California, but lived most of her life in Los Angeles. She has Puerto Rican, African and German roots. When Naya was only eight months old she and her mother moved to Los Angeles, where the girl became a child model.
As a child model, she has appeared in numerous commercials, including several for Kmart store. At the age of four she made her debut in the comedy series The Royal Family where she played one of the main roles. Although the show started quite well, but when the star of the series Reddy Fox died ratings quickly went down and the channel closed the show after one season. However, Rivera was nominated for Young Artist Award.
END_OF_DOCUMENT_TOKEN_TO_BE_REPLACED 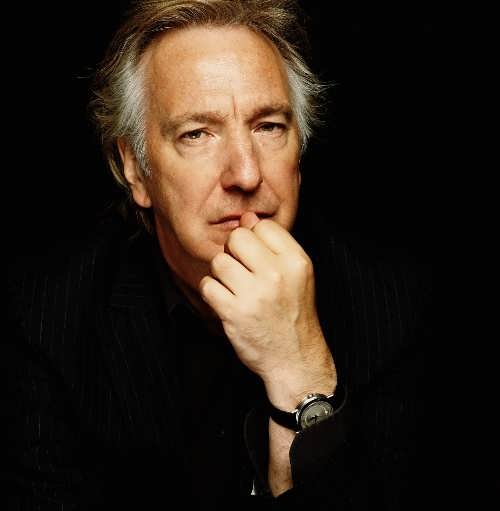 Alan Rickman was a British film and theater actor, film director. He was a winner of the Golden Globe, Emmy and BAFTA awards.
Alan Sidney Patrick Rickman was born on February 21, 1946 in Hammersmith, London to Margaret Doreen Rose (nee Bartlett), a housewife, and Bernard Rickman, a factory worker. Alan had elder brother David (born in 1944), a graphic designer, and younger brother Michael (born in 1947), a tennis coach, and younger sister Sheila (born in 1949). When Alan was eight years old, his father died of lung cancer, and the mother was left alone with four children. She soon married again, but divorced after three years of marriage.
For success in studies Rickman received a scholarship at the prestigious London School Latymer. In the same school, he first appeared on stage. Later he studied at Chelsea College of Arts and Royal College of Art. Rickman worked as a designer for Notting Hill Herald newspaper.
END_OF_DOCUMENT_TOKEN_TO_BE_REPLACED 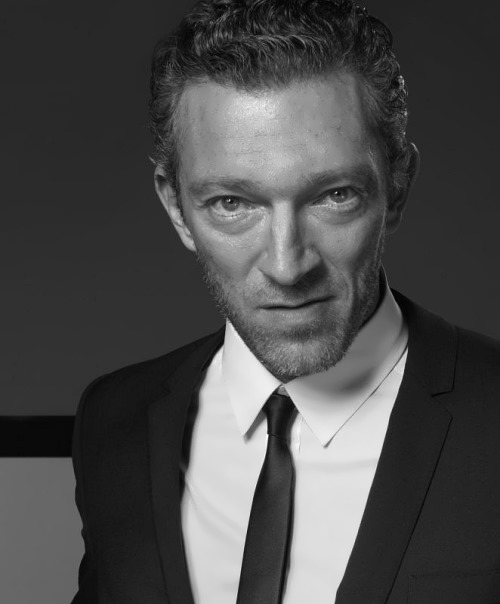 Vincent Cassel is a French actor, winner of Cesar Award.
Vincent Cassel (his real surname is Crochon) was born on November 23, 1966 in Paris. He is the son of Jean-Pierre Cassel and journalist Ann Seiler, half-brother of actress Cecile Cassel and musician Mathieu Cassel known as Rockin’ Squat.
Vincent attended Catholic school because his parents were very religious people. The boy was interested in school drama. After his parents divorced in 1980, 13-year-old Vincent lived with his mother. As a boy he was a shoplifter and even tried to steal a car. Deciding to change the life of the young bully, Cassel entered the circus school and then went to New York.
His career as an actor began in New York, then he returned to France and worked in the theater for several years. Being a popular stage actor, he tried his hand as a film actor, but the first small roles in the films Les Clés du paradis, Hot Chocolate and the television series Warburg: A Man of Influence didn’t bring satisfaction and popularity.
END_OF_DOCUMENT_TOKEN_TO_BE_REPLACED 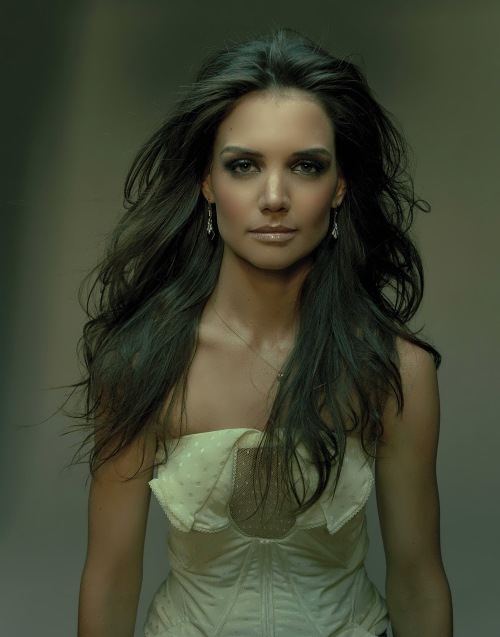 Katie Holmes is an American film and television actress.
Kate Noelle Holmes was born on December 18, 1978 in Toledo, Ohio. She was the youngest, the fifth child in the family. She has three sisters and a brother. Her father is a lawyer specialized in divorce cases. Katie has English, Irish and German roots. At the age of fourteen the girl began attending modeling school.
In 1996, after reading a monologue from the novel To Kill a Mockingbird, she got the role in Ang Lee’s movie The Ice Storm. In 1997 she was invited to the TV series Buffy the Vampire Slayer, but refused because she needed to finish her studies. The next year she got the lead role in the television series Dawson’s Creek which was filmed till 2003. That role brought her fame.
END_OF_DOCUMENT_TOKEN_TO_BE_REPLACED 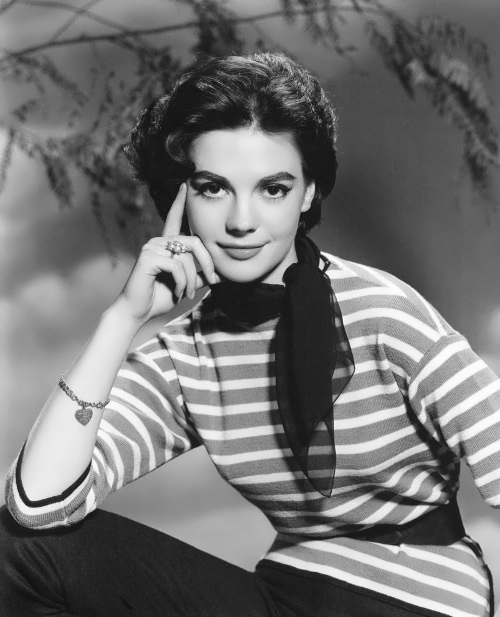 Natalie Wood was an American actress. She was one of the most beautiful Hollywood stars of the twentieth century. Natalie was called Russian queen of Hollywood and Russian Elizabeth Taylor. During her lifetime she entered the history of cinema and became one of Hollywood legends.
Natalie Zakharenko (her real name, then Gurdin) was born on July 20, 1938. She was the daughter of Russian immigrants Nikolai Stepanovich Zakharenko from Vladivostok, and Maria Stepanovna Zudilova from Barnaul, who became US citizens and changed their surname to Gurdin. Natalie was fluent in both English and Russian (with an American accent) and considered herself “very Russian”.
Her acting career began at the age of four and soon Wood became a successful child actress starring in such films as Miracle on 34th Street (1947), The Ghost & Mrs. Muir (1947) and The Star (1952).
END_OF_DOCUMENT_TOKEN_TO_BE_REPLACED