Hermann Göring was a German politician and air force commander. He was second in command to Adolf Hitler in Nazi Germany.
Hermann Wilhelm Göring was born on January 12, 1893 in Rosenheim, Bavaria. He was the son of the consul general of the German Empire in Haiti. Hermann was educated in the military school. In October 1915 Göring became a fighter pilot and by 1918 he had won all the important military awards.
After the war he went to Denmark to fly as a private pilot. Göring met Hitler when he returned to Germany in 1922. Hermann became commander of the Nazi storm troopers. In November 1923, he received a painful injury which brought on his first drug addiction.

In 1928, Göring successfully ran for the Reichstag as a National Socialist and in July 1932 he became president of the Reichstag. In 1933, Göring became minister of interior in Prussia and later prime minister of Prussia. One of his first acts was the creation of the Gestapo and the first concentration camps. He was one of the initiators of the massacres and a supporter of the idea of the destruction of entire nations.
After the outbreak of World War II Göring played a vital role in promoting the policy of senseless aggression and destruction pursued by Hitler. After the victories in the western front he received the title of marshal of the Reich.
On April 23, 1945 Hitler ordered to expel him from the party and deprive of all ranks and posts. 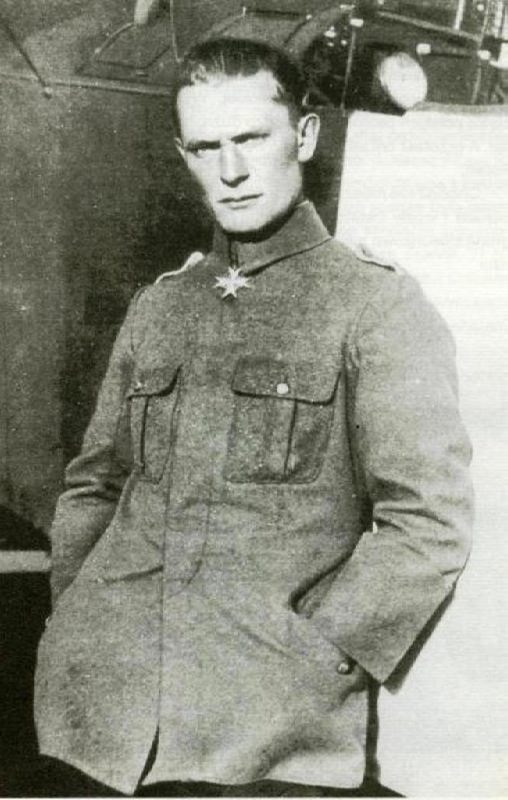 Hermann Göring was arrested on May 21, 1945 and sentenced to death at the Nuremberg Trials. However, he committed suicide on October 15, 1946. The scandal broke out when it became clear that two hours before the execution Göring drank poison. His corpse was still hanged with the rest of the war criminals of the Third Reich. After the execution, all the bodies were burned, and then their ashes were scattered to the wind.
Göring was one of the most influential people in Nazi Germany, he is sometimes called the second person after Hitler.
Göring’s younger brother, Albert Göring (1895-1966), was an ardent opponent of the Nazi regime, helped Jews, repeatedly stated his negative attitude towards his brother. Ironically, after the war, when he returned to Germany, Göring Jr. was forced to have only low-paid jobs, suffering from his kinship with the former Reichsmarschall. 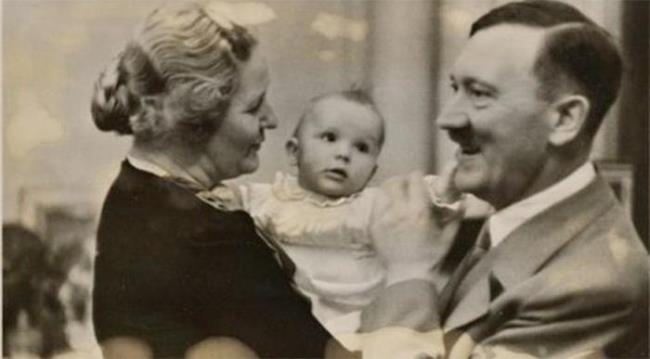 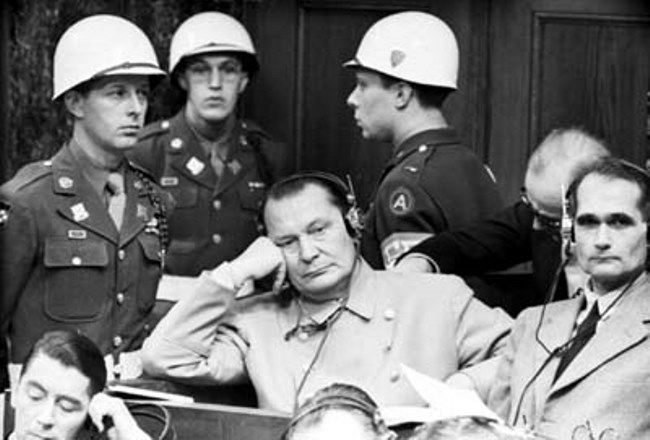 G. Göring and R. Hess at the Nuremberg Trials 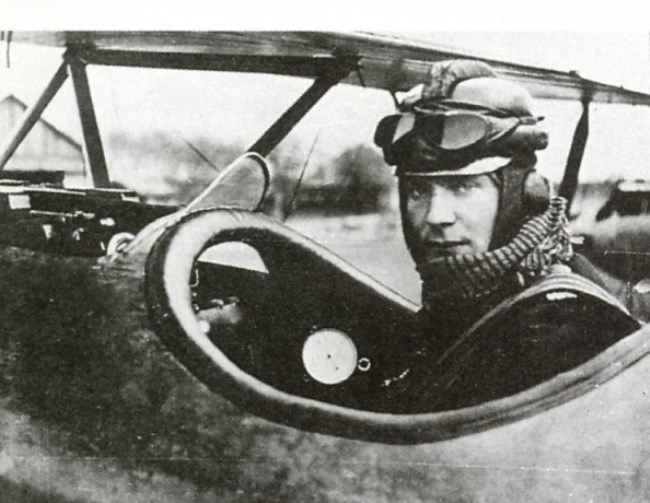 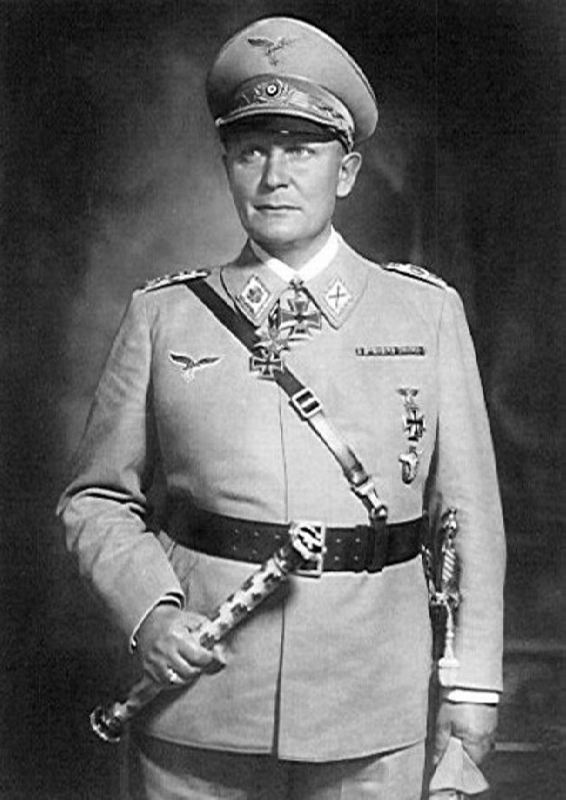 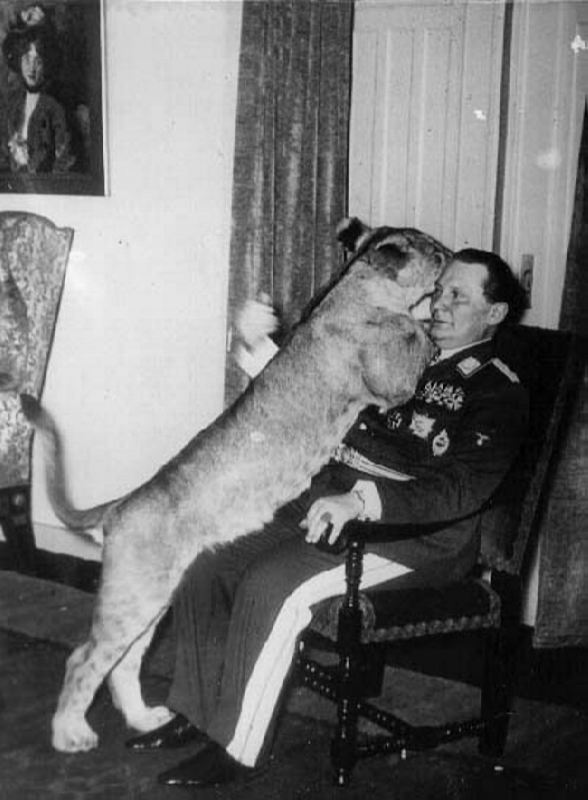 Goering and his lion 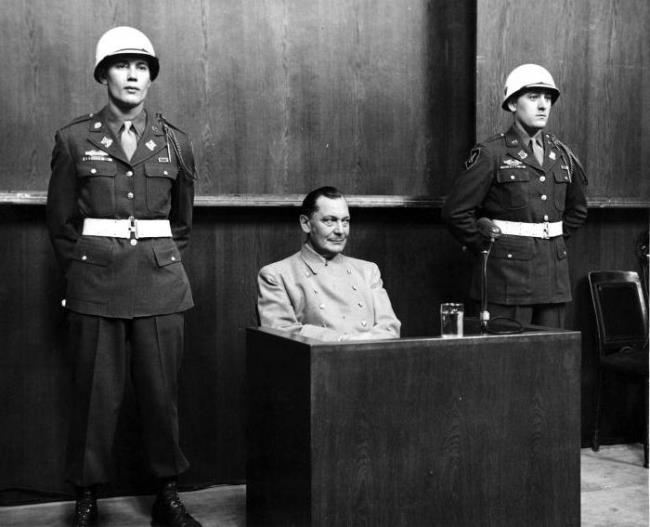 Göring at the Nuremberg Trials 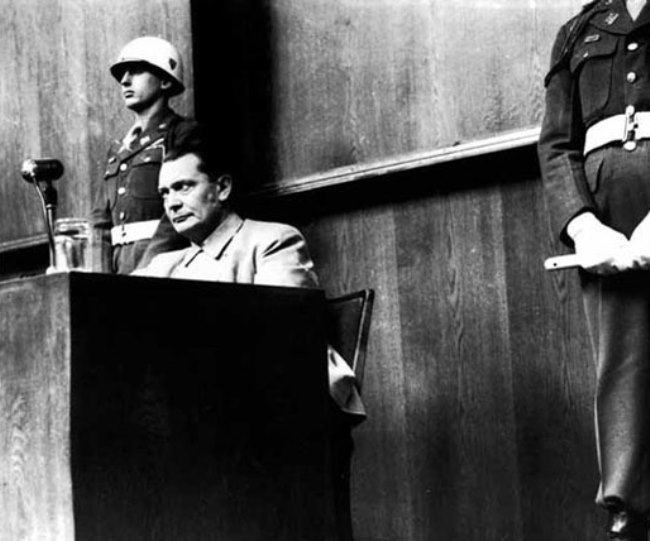 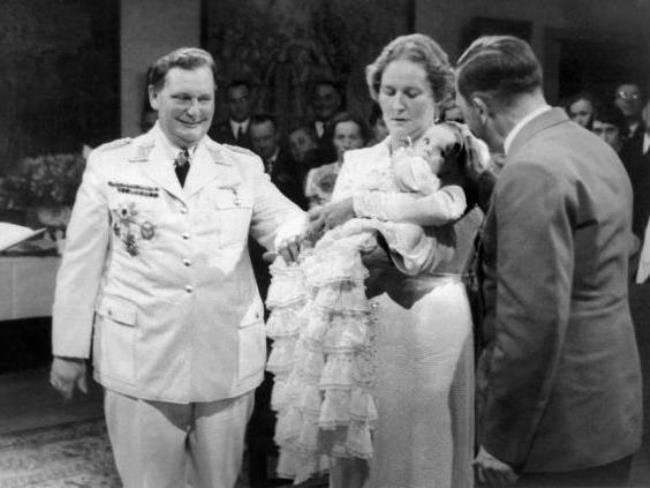 Goering with his family and Hitler 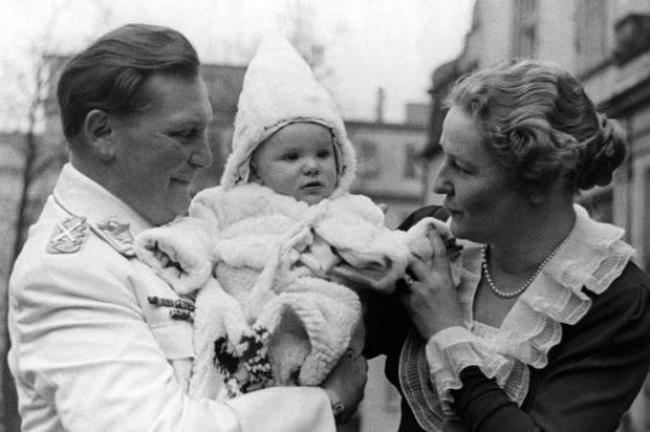 Hermann Goering and his family 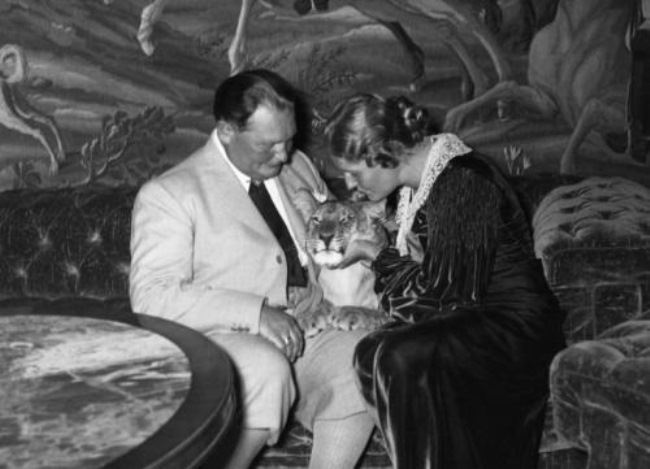 Hermann Goering and his wife 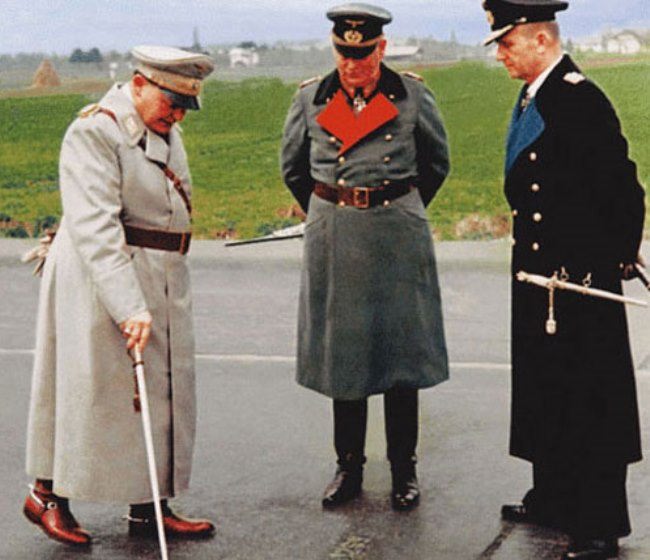 Hermann Goering is on the left 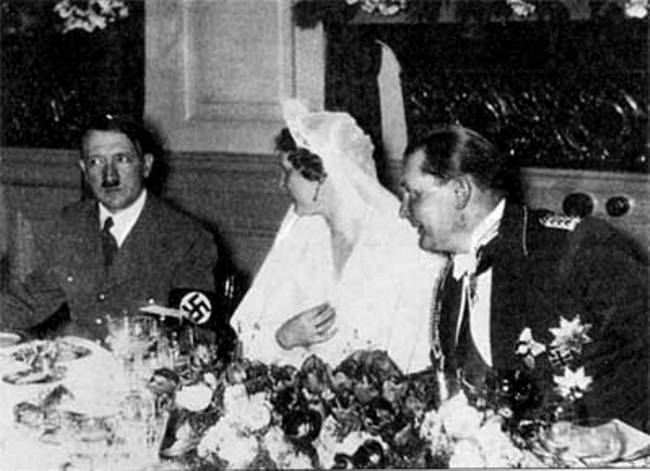 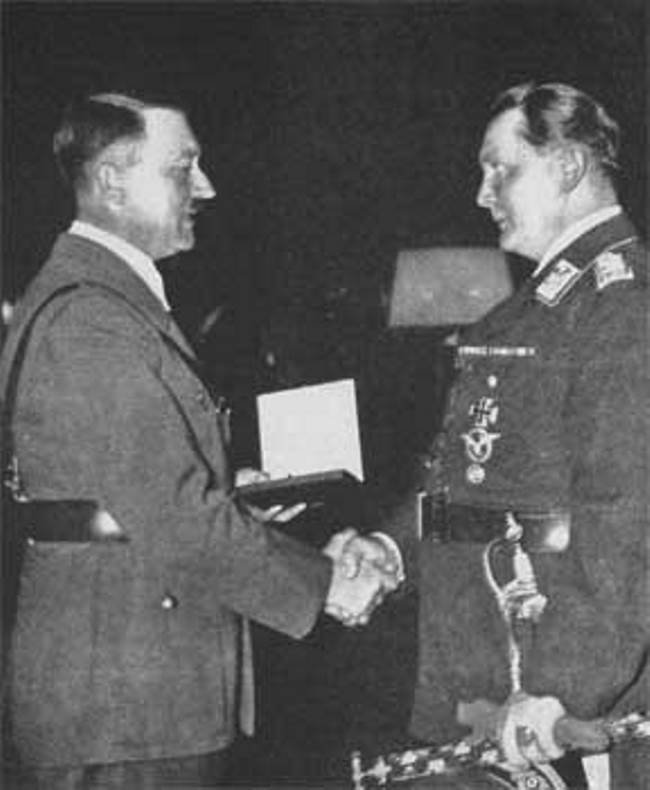 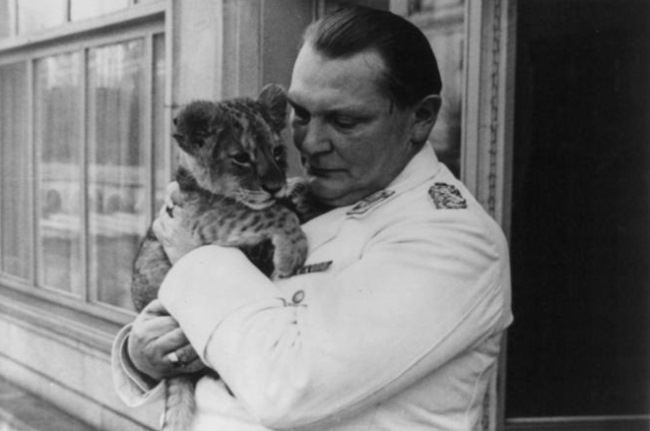 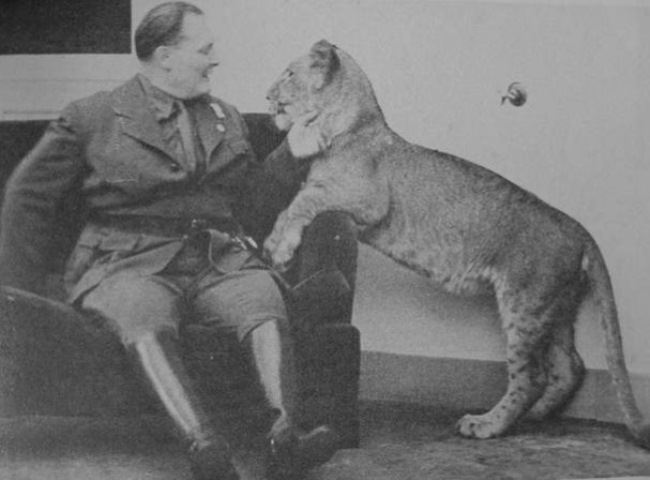 Marshal of the Reich 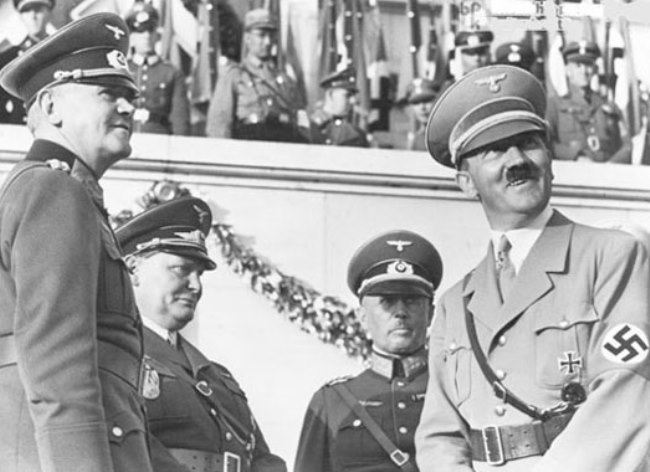 Most influential people in Nazi Germany 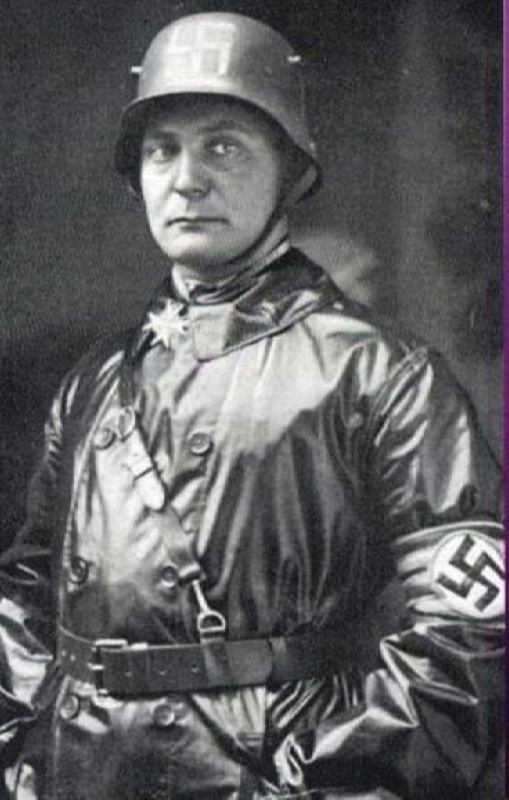 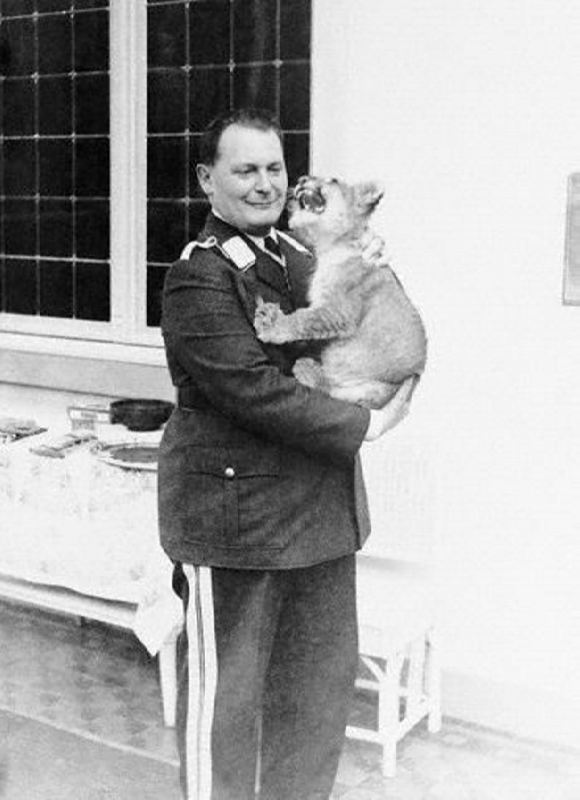 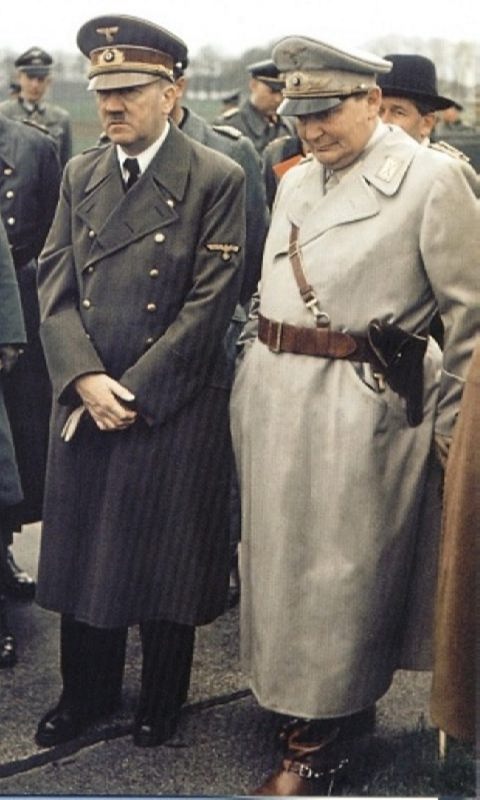 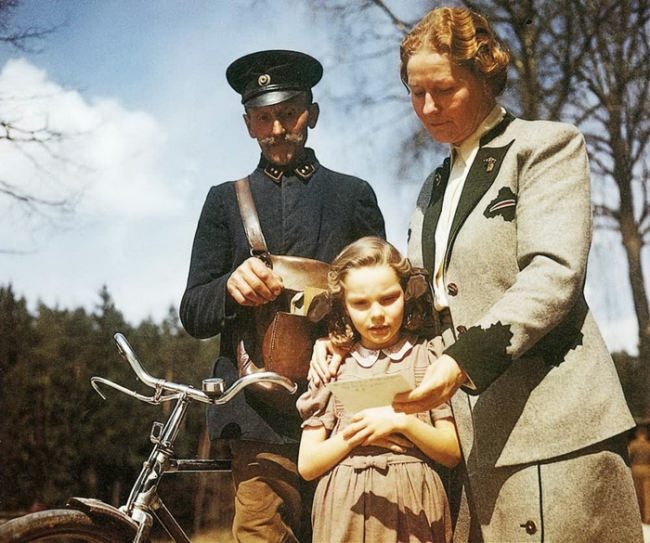 The wife of Hermann Goering, Emma Goering and his daughter Edda Goering, while receiving his letter sent from the death row during the Nuremberg trial 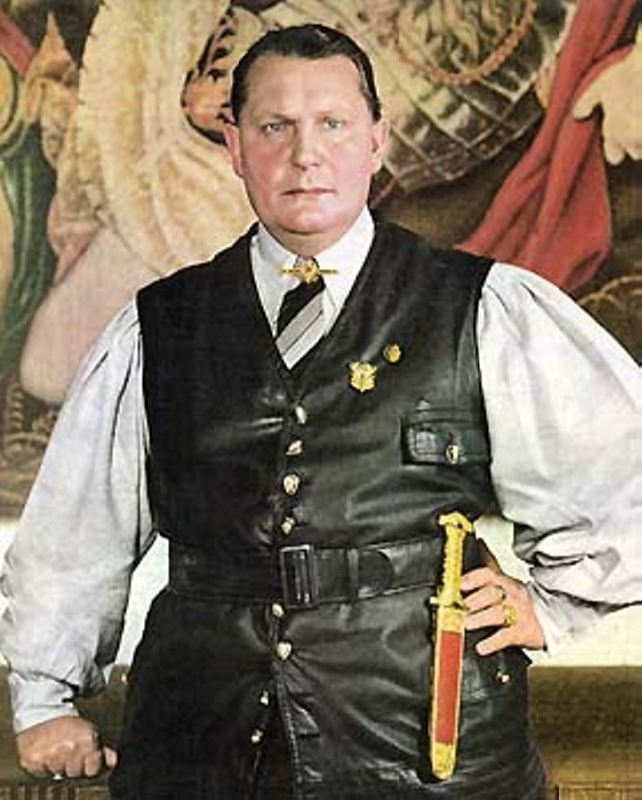 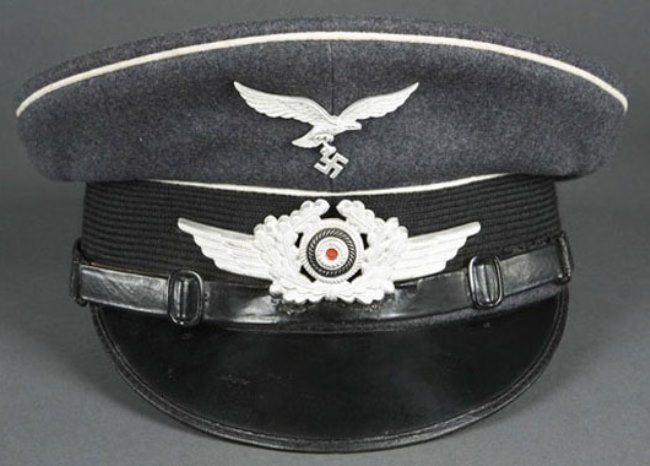 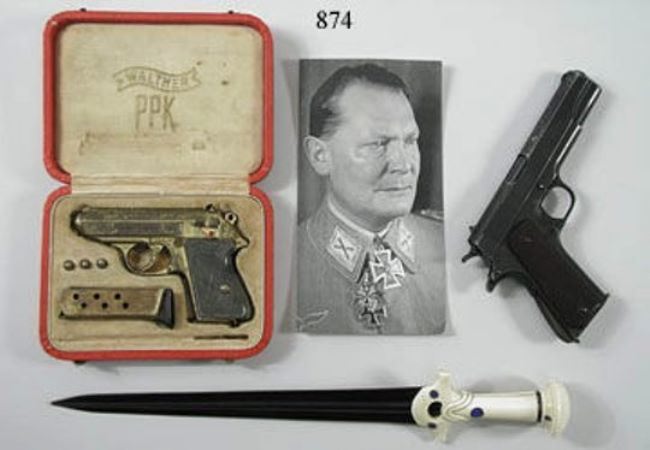 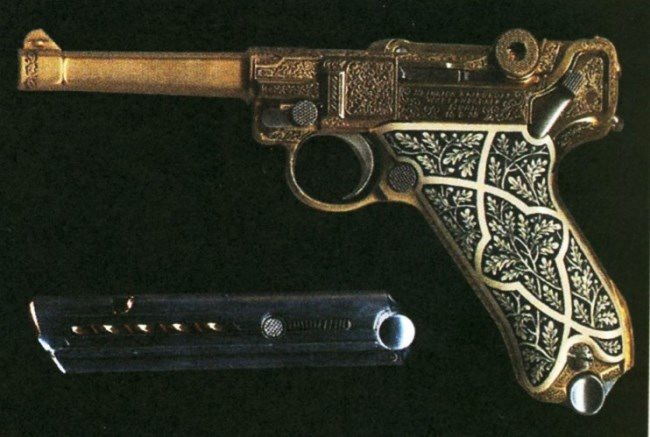 Knife of the Honorary Hunter, presented to Goering

One of the many hunting daggers of Goering 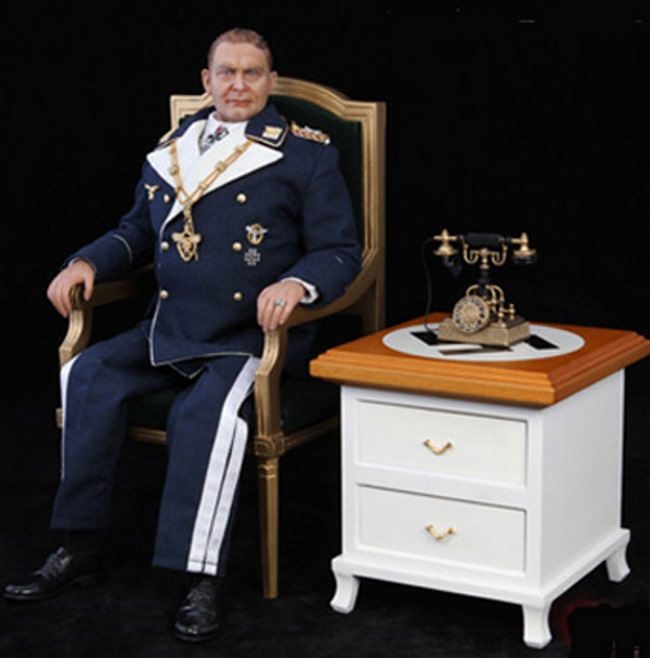