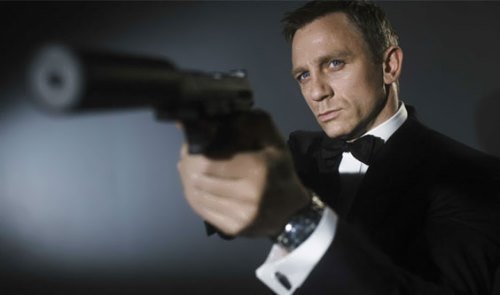 Daniel Craig is an English actor. His full name is Daniel Wroughton Craig. Since 2006, he acted in the role of James Bond.
Daniel was born on March 2, 1968, in Chester, but grew up in Liverpool. He was born into the family of an artist and a steelmaker. When his parents divorced Daniel and his elder sister stayed with their mother.
At the age of six he started acting in school plays. Craig was also a good athlete and a rugby player. He played rugby for Hoylake Rugby Club. He is a fan of English football club Liverpool.
At the age of sixteen Daniel joined the National Youth Theatre in London.
In 1988, Craig entered the prestigious Guildhall School of Music and Dance. But when he graduated from it in 1991, it wasn’t easy for him to find a job.
His first important role was as Geordie Peacock in the nine-part BBC TV series Our Friends in the North where he played a hard man with a troubled past.

In 2001 he played the role of Angelina Jolie’s rival – Alex West in the film Lara Croft: Tomb Raider.
In 2002 Craig starred in a Hollywood movie Road to Perdition and became internationally famous. He also starred in Steven Spielberg’s sensational political thriller Munich.
In 2005 he won the role of James Bond in Casino Royale. To date, six actors have played James Bond in the official series: Sean Connery, George Lazenby, Roger Moore, Timothy Dalton, Pierce Brosnan and Daniel Craig. Daniel is the first blond actor to play James Bond.
In 2011, he starred in the detective thriller The Girl with the Dragon Tattoo based on the eponymous book by Swedish author Stieg Larsson. The film was a big hit with audiences and critics.
Among other notable projects with the participation of the actor are: Invasion – a fantastic horror film by the famous German director Oliver Hirschbiegel, and Notorious where played famous actresses including Sandra Bullock, Sigourney Weaver, Gwyneth Paltrow, Isabella Rossellini.
Daniel Craig received $ 1 million for the seven-minute premiere of Range Rover Sport.

Personal life
In 1992, Daniel married Fiona Loudon, and a year later their daughter Ella was born. But already in 1994 they separated. However, they remained friends and continued to raise their daughter together. 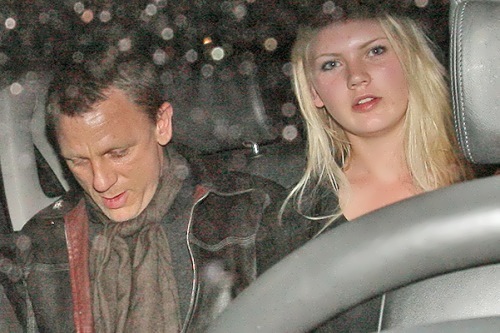 Daniel and his daughter Ella

From 1996 to 2004, Daniel was together with German actress Heike Makatsch. 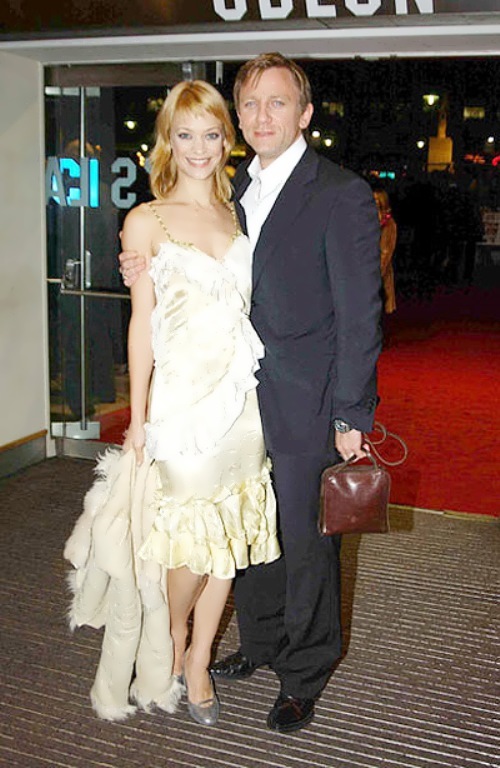 In 2004 Daniel met Sienna Miller on the set of the film Layer Cake. At that time Sienna was the girlfriend of Jude Law. 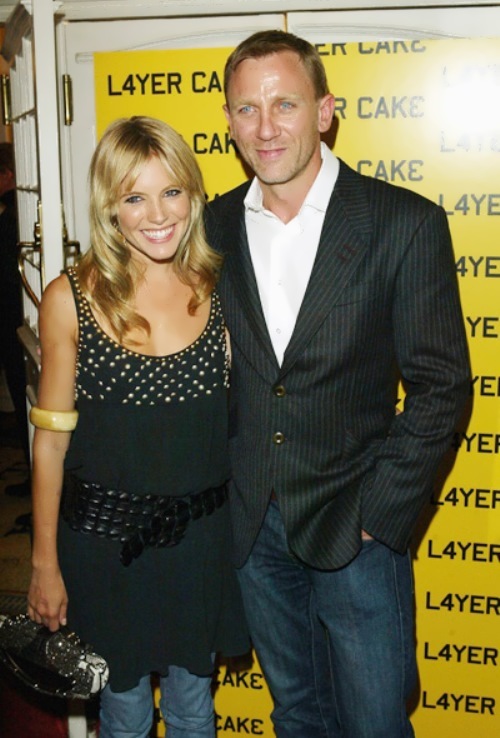 Later he had a love affair with producer Satsuki Mitchell. In 2008, Daniel made a proposal but the wedding didn’t take place. 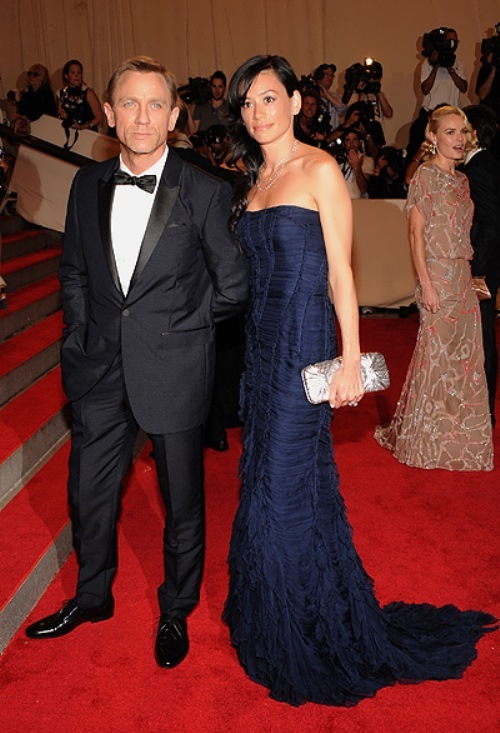 On June 22, 2011 Daniel secretly married actress Rachel Weisz in New York. In December 2010 they starred in the thriller Dream House, where they played a married couple. 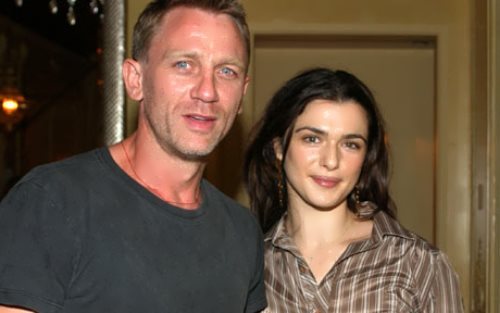 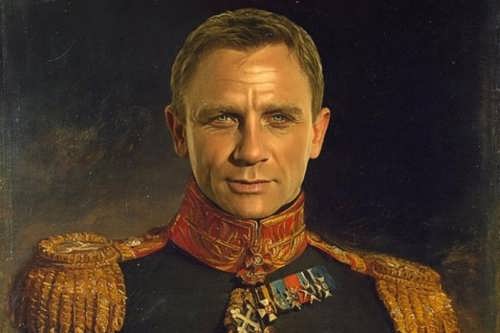 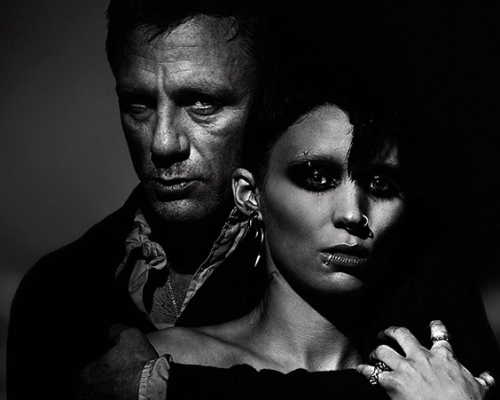 Craig in the film The Girl with the Dragon Tattoo 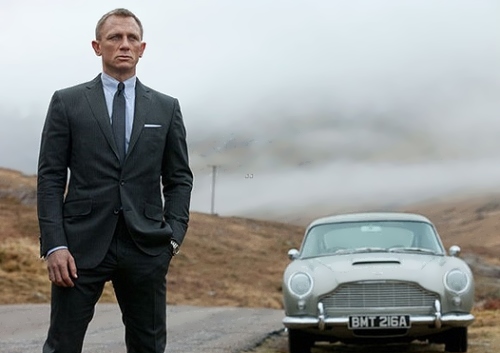 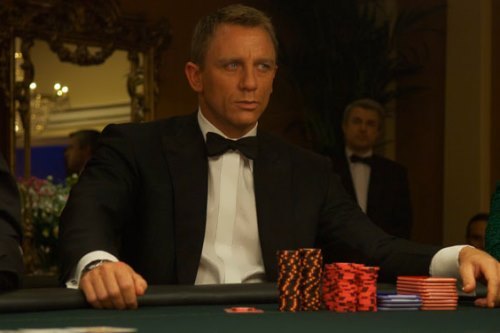 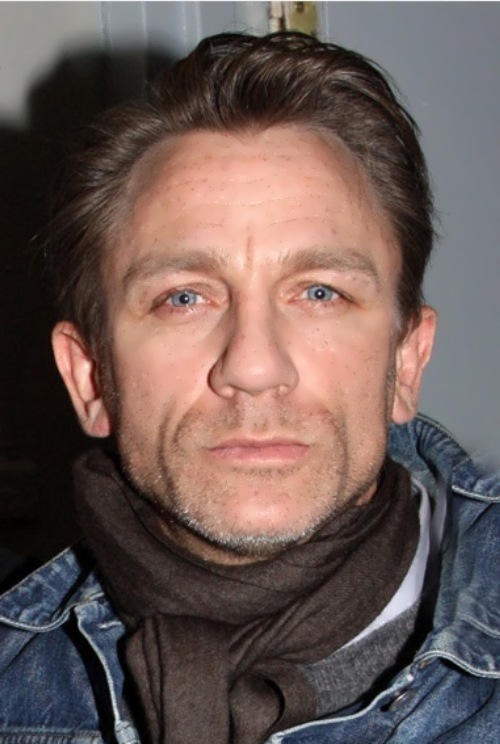 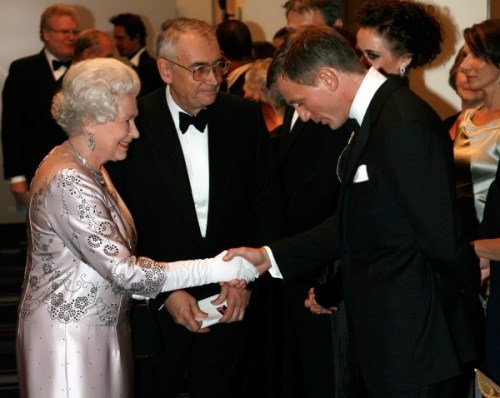 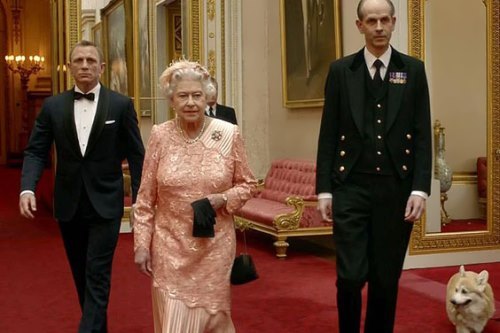 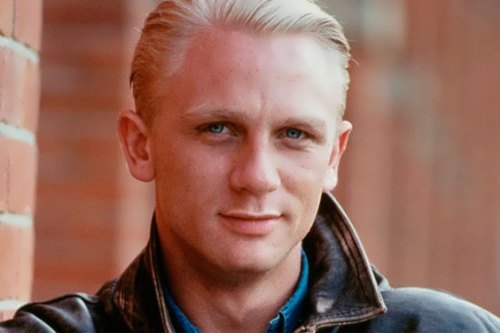 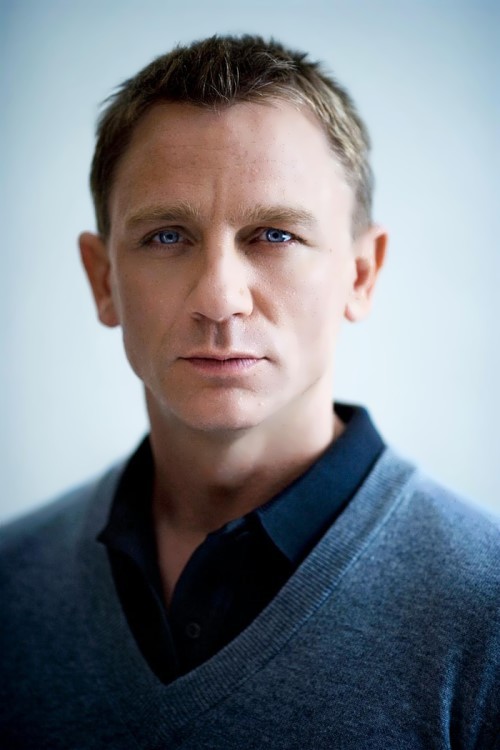